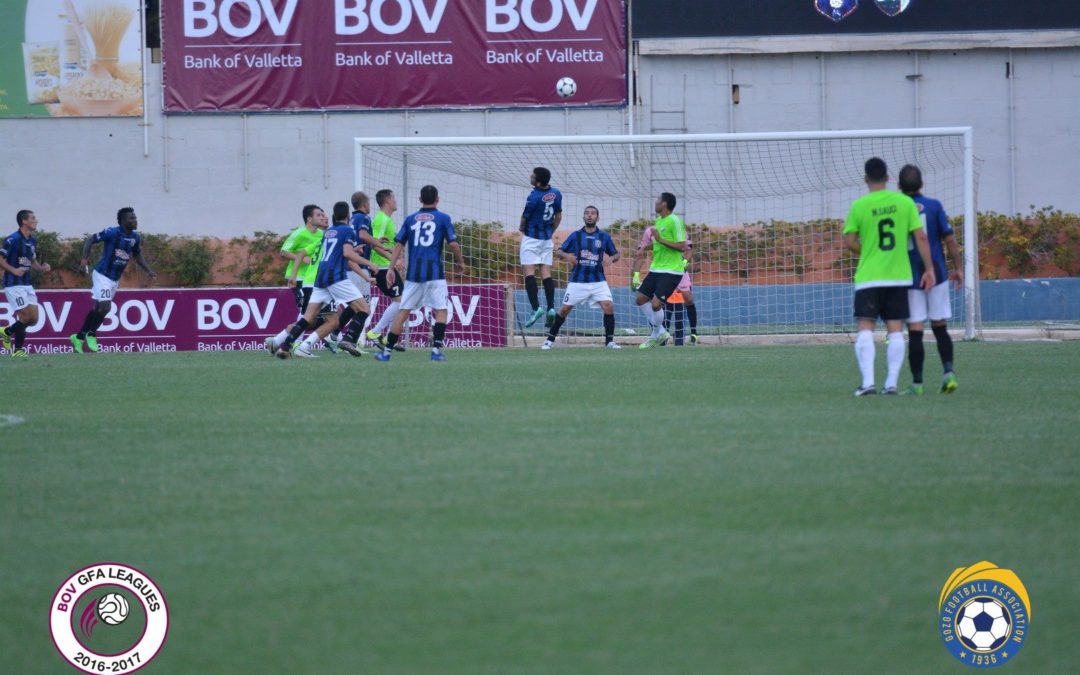 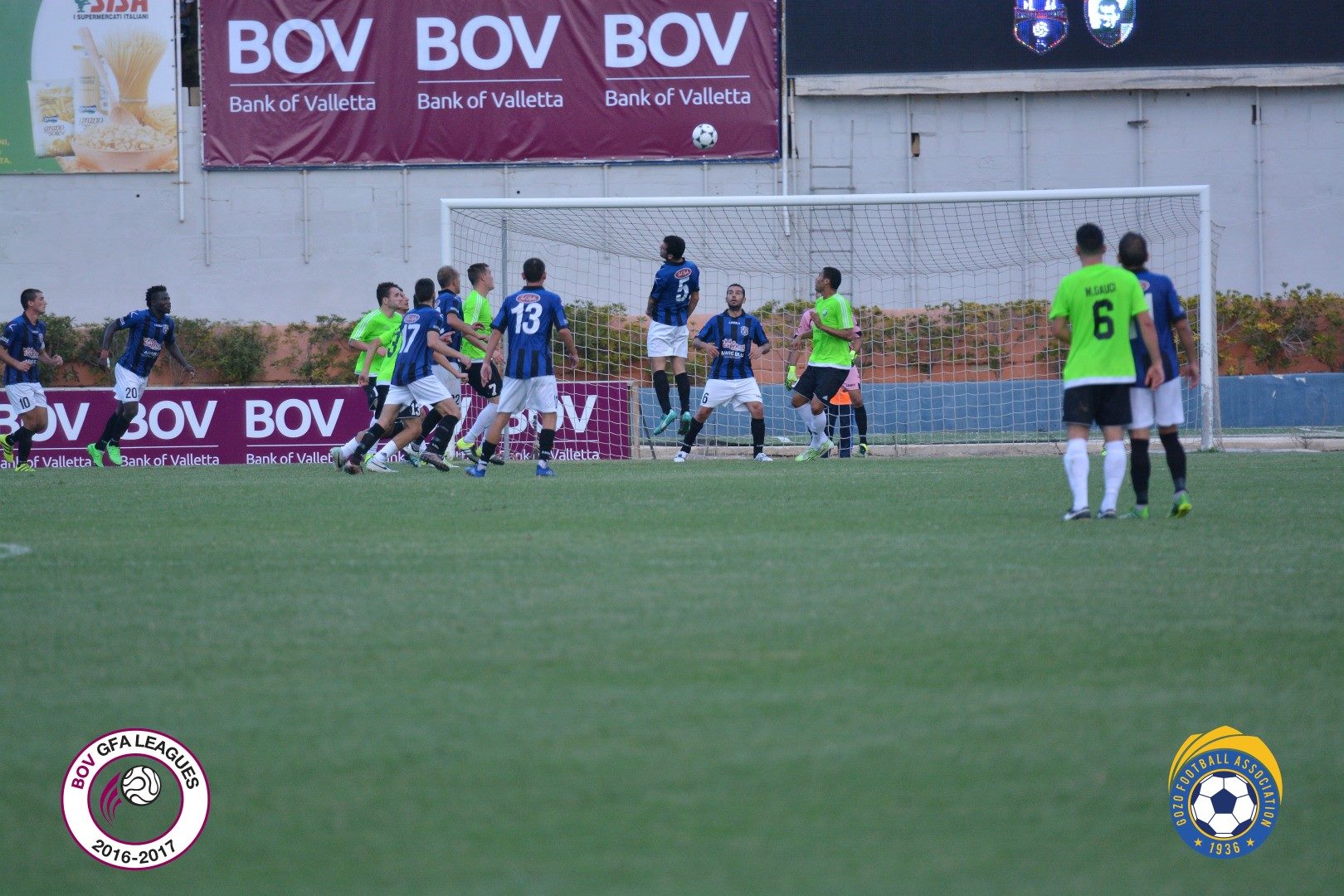 Oratory Youths obtained a close win over Xaghra United in the second match of the championship between the two sides.  Both Oratory and Xaghra were aiming to make up for close defeat5s suffered in their respective opening matches of the championship and as a result the encounter was well contested and the final score remained uncertain until the final whistle.  Oratory claimed the victory thanks to a goal that arrived minutes from the end of the first half.  The Youths controlled Xaghra’s reaction after the break and operated some good counter attacks where they could have doubled the score. Xaghra showed an improvement from their previous match but they were often weak in attack so that they did not manage to convert their play into very good scoring opportunities and left the pitch empty handed despite their determined performance.

Play during the first half was rather balanced and the two sides created some good scoring opportunities.  On 11 minutes Oratory went very close to scoring but a low shot following a personal action by Borja Polo Longarela hit the base of the post.  Three minutes later the same Oratory striker had an overhead kick that ended just wide.  Xaghra replied on 16 minute through a low shot by Nikola Vitirovic that was neutralised by goalie Leonard Camilleri.  Xaghra could have opened the score on 41 minutes but a close ranged header by the same Vitirovic from a free kick by Antoio Laskov hit the post.  The Youths opened the score two minutes later when Everton Felipe Da Silva Santos won the ball just outside the area following a clearance by Xaghra’s rearguard and the Brazilian striker fired in goal from an angled position.

After the resumption play continued to be well contested in the midfield.  On 53 minute a header by Oratory’s Daniel Azzopardi following a corner kick by Bartomeo Perello Palou ended wide and Xaghra replied one minute later through a shot by Antoio Laskov following a personal action that was blocked to a corner.  From the same corner action Xaghra’s Gerald Tushe had a good shot that ended just wide.  Xaghra increased their pressure as time passed by and created some good opportunities to level the score.  On 28 minutes Oratory’s keeper Leonard Camilleri was called to make a difficult intervention to save to a corner a strike by Gerald Tushe. One minute later a lob by Oratory’s Bartomeo Perello Palou was neutralised by goalie Daniel Galea and on 78 minutes Xaghra’s Nikola Vitirovic had a shot following a personal action that was saved in two attempts by goalie Leonard Camilleri.  Xaghra were again dangerous on 83 minutes through a low shot by Aleandro Bezzina that was once again saved by goalie Leonard Camilleri.  In the second minute of stoppage time Xaghra’s Gerald Tushe entered the area but ended on the floor following a challenge with defender Keith Borg but the referee awarded a free kick for Oratory, judging simulation by Xaghra’s striker, among protests for a penalty by the Blues so that the score remained unchanged. 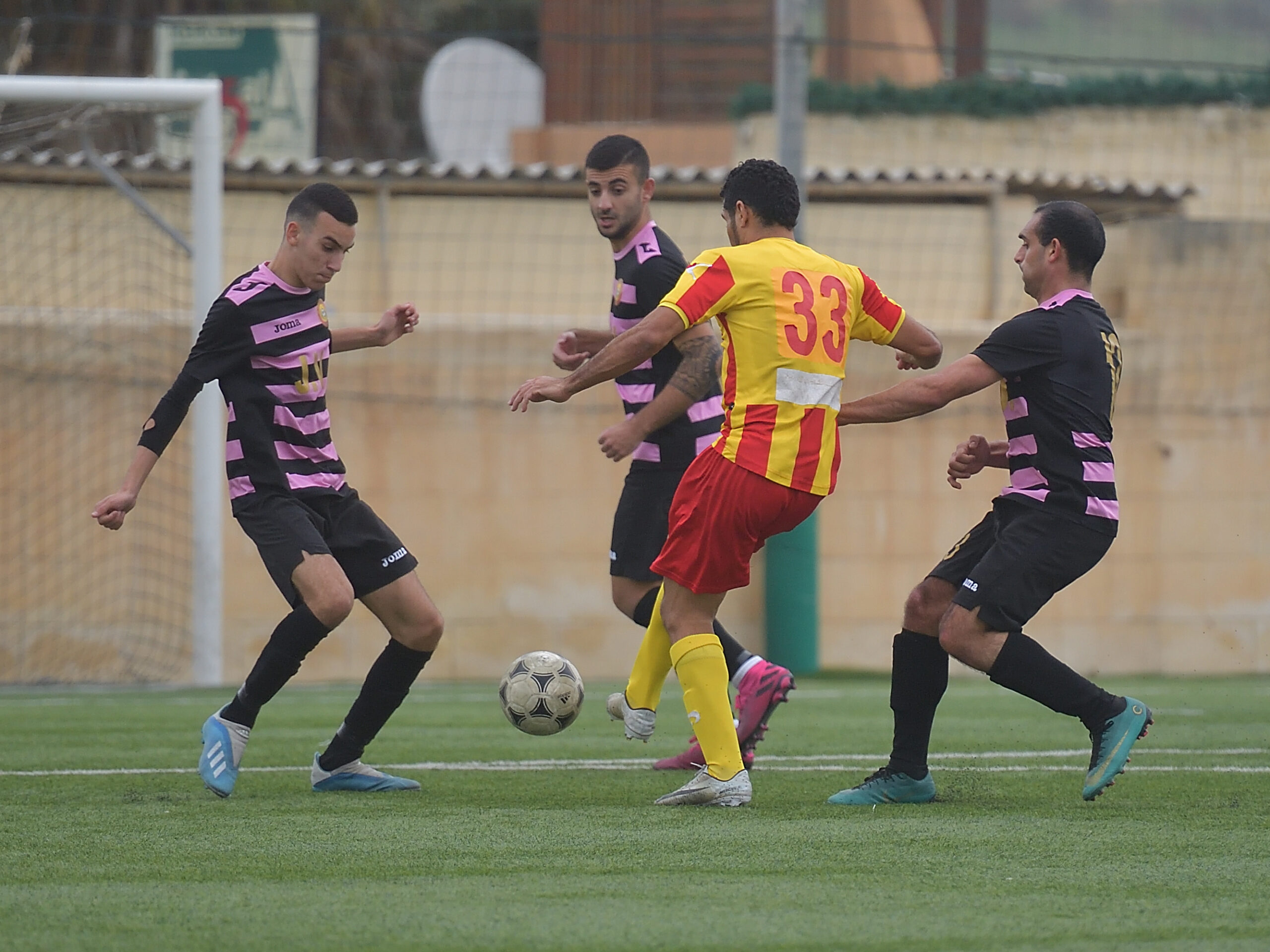 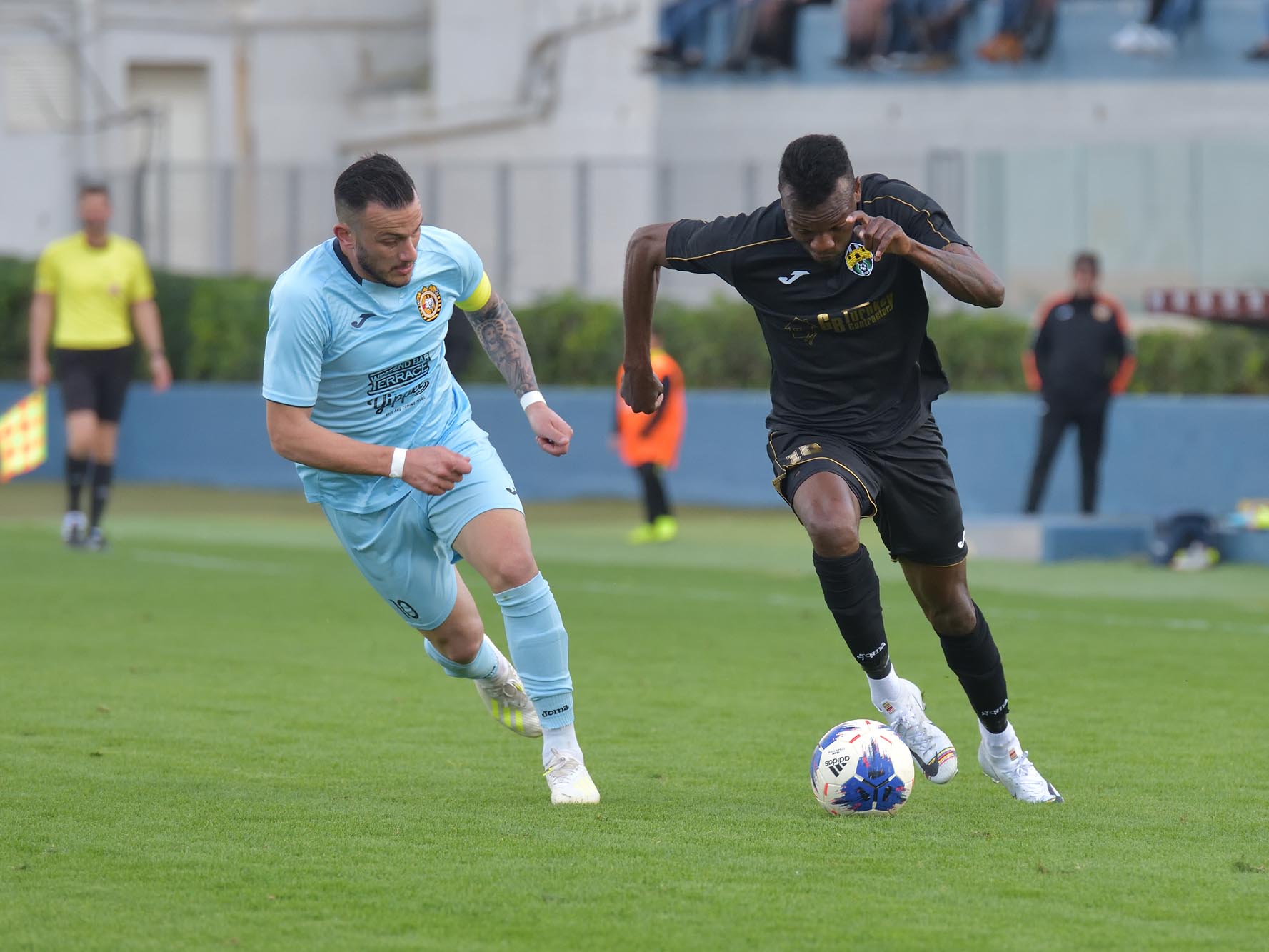 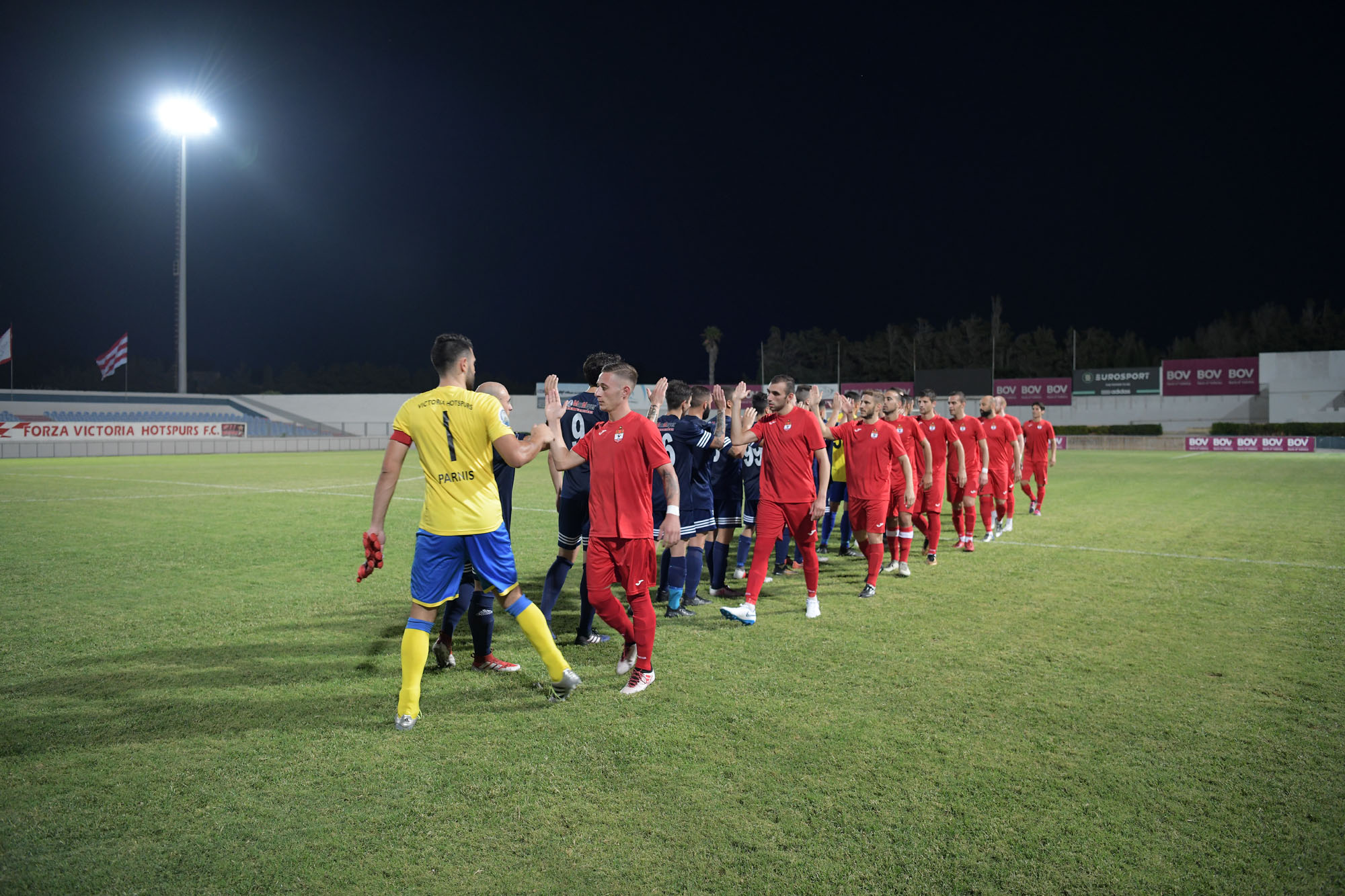 Victoria Hotspurs score seven goals in the second half