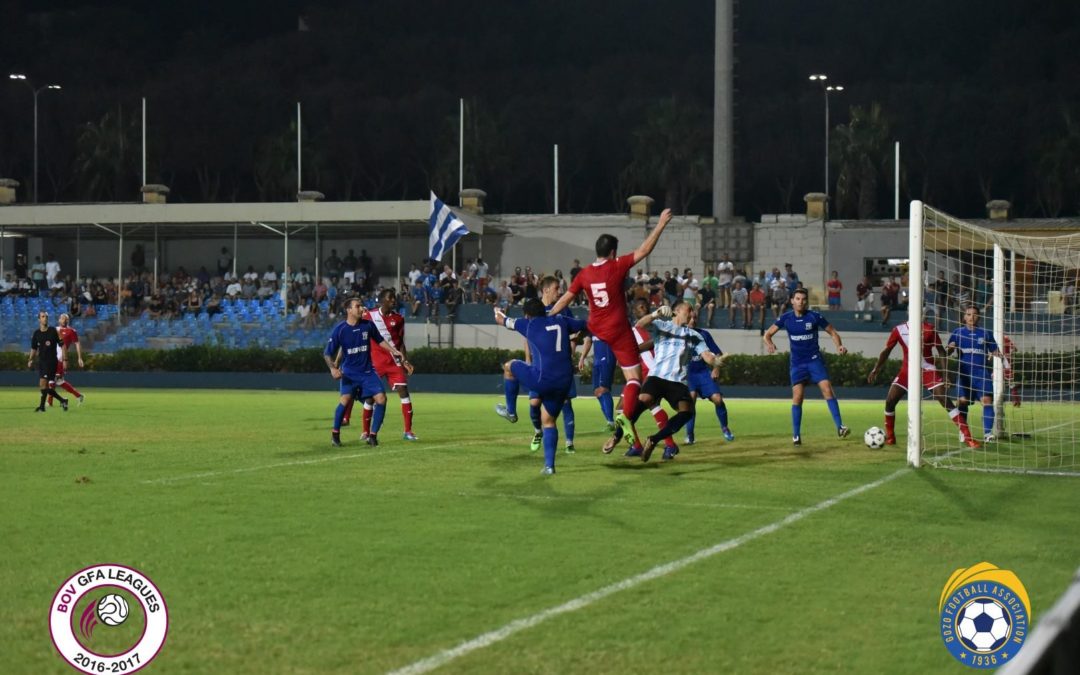 Victoria Hotspurs and SK Victoria Wanderers shared the spoils in a draw of four goals so that the two teams from Victoria started the championship with a positive result.  The two teams were aiming to obtain a victory from this encounter as the Hotspurs were also seeking to register the second win over their neighbours for the second time this season while the Wanderers were determined to make up for the disappointing defeat conceded in the match from the Knock Out competition.

In this match the Wanderers were undoubtedly the better side on the field for long stretches.  They dominated the midfield and opened a two-goal lead until midway through the second period.  However, the Wanderers had a player less on the field during the last half hour of play and as time passed by the Hotspurs took advantage and saved the result by scoring two goals in the space of four minutes.  Considering that the two sides are aiming to be among the protagonists in the championship it is evident that both the Hotspurs and the Wanderers need to improve in different sectors.  The Wanderers may suffer from some lack of experience in their matches, while the Hotspurs still need to find the right deployment on the field for their established players.

The Wanderers took command of play of the early stages.  They held command of the midfield and operated play mainly within the Hotspurs area.  Victoria Hotspurs managed to keep danger away from their area but found it difficult to produce danger at the other end of the pitch.  The Wanderers could have opened the score on 7 minutes when Milanko Raskovic unmarked Igo Grkajac but the latter had his shot that ended high.  Ten minutes later the Wanderers had another good scoring opportunity but a header by Predrag Djordevic following a cross by Ian Xuereb missed the target.  The Hotspurs continued to suffer at their defence and on the half hour mark the Wanderers had an attempt by Predrag Djordevic after receiving from Igor Grkajac that ended just wide. Two minutes later Sam Harland had a shot following a personal action that ended away from the Hotspurs goal and on 37 minutes the Milanko Raskovic headed weak following a pass by Sam Harland so that the Hotspurs goalie Adrian Parnis saved without difficulty.  The same Harland had a close ranged header after receiving in the area from Predrag Djordevic that was easily neutralised by goalie Adrian Parnis.  In the following action the Wanderers had a strike by Milanko Raskovic that ended away from goal and on 43 minutes the Hotspurs had a good scoring opportunity when Shaun Attard unmarked Henrique Maciel in the area but the latter concluded over the crossbar from an ideal position.  In the first minute of stoppage time the Wanderers managed to take the deserved lead when Milanko Raskovic was floored in the area by Charles Mercieca and Predrag Djordevic converted from the spot kick.

After the resumption the Wanderers continued to produce better play but on 59 minutes they ended with a player less on the field when Sam Harland was shown a red card for dissent.  The Hotspurs tried to take immediate advantage of the extra player on the field and on 63 minutes a header by Charles Mercieca from a corner action ended away from goal.  On 66 minutes a shot-cross by Daniel Farrugia was neutralised by goalie Branko Vrndic.  However, the Wanderers doubled the score two minutes later when a direct free kick by Milanko Raskovic was blocked by the wall and from the rebound the same striker had his shot deflected by the defence and the ball ended in the lower corner of goal.  The Hotspurs were not demoralised and re-opened the issue on 74 minutes through a header by Charles Mercieca following a corner kick by Shaun Attard.  The Wanderers seemed shocked and the Hotspurs levelled the score on 79 minutes through a strike from outside the area by Henrique Maciel, following a personal action.  During the final stages of the encounter the Hotspurs increased their efforts in an attempt to turn the result in their favour.  They also went close to scoring on 85 minutes but a header from a good position by Osa Ice Cream Guobadia following a free kick by Shaun Attard ended just wide.  The Hotspurs had their last scoring opportunity one minute later but a shot by substitute Jonathan Bajada ended just wide.