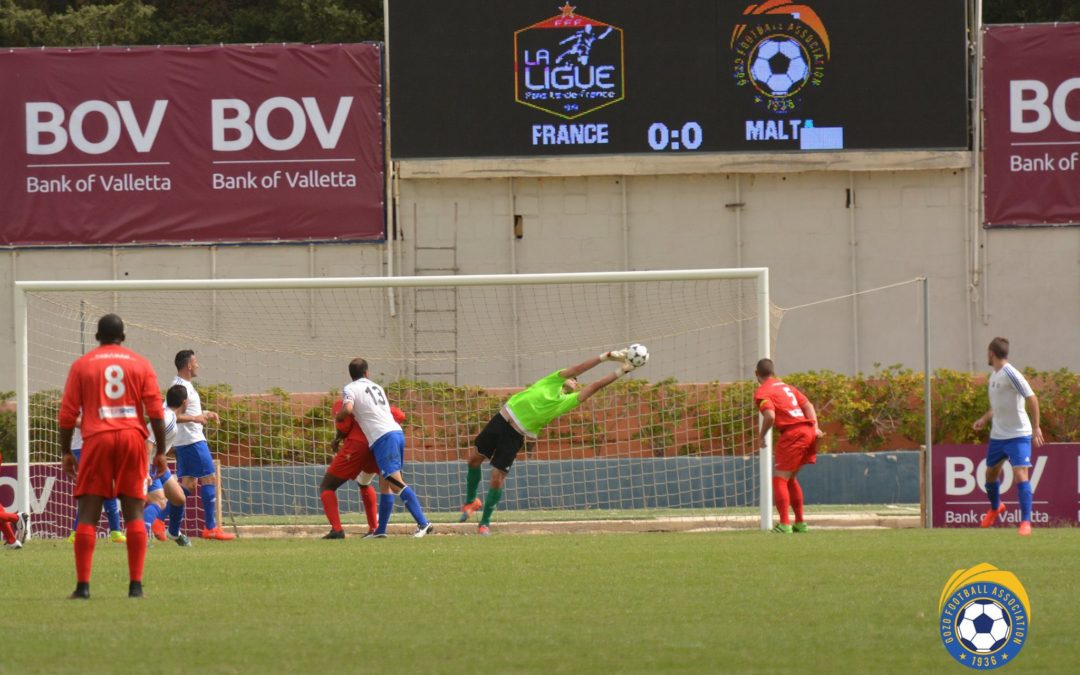 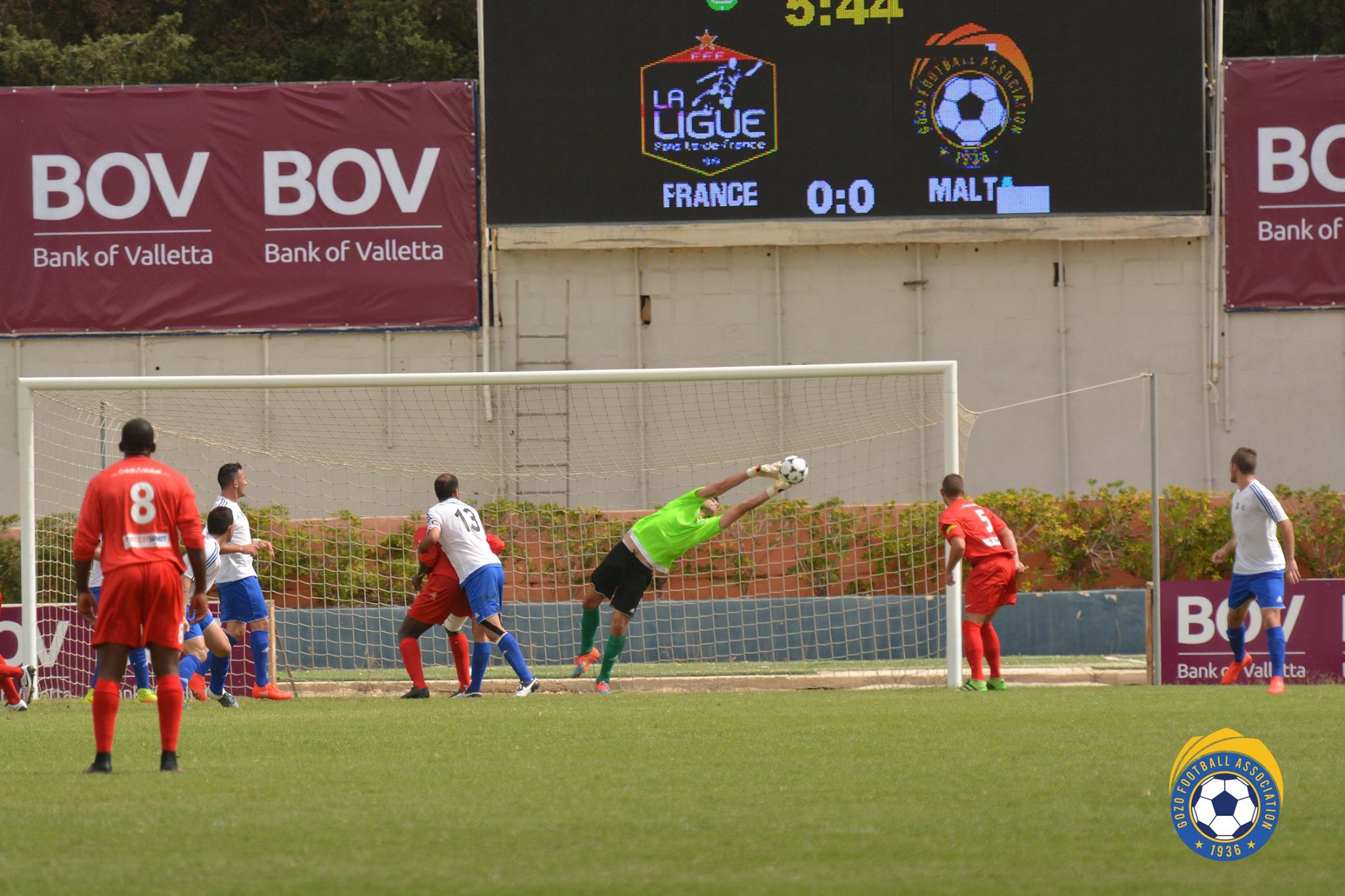 Gozo recovered from the heavy defeat conceded in their opening match of the UEFA Regions’ Cup qualifying tournament and produced a determined match against the more quoted Ligue Paris of France to earn a deserved point from a goalless draw.  As expected the visitors held more territorial supremacy and produced pressure on Gozo’s rearguard for most of the ninety minutes of play but the hosts gained confidence as time passed by and increased their efforts to keep a clean sheet form this encounter.  Gozo however were weak in attack and did not manage to capitalize from the sporadic actions within their opponent’s half.  Gozo’s goalkeeper Adrian Parnis was undoubtedly the protagonist of the match as he denied France’s strikers from scoring with a series of important interventions particularly during the first half.  With this result the two teams are practically eliminated from the possibility to win the group and to esrn qualification to the finals of this competition.

Ligue Paris took command of play from the early stages of the encounter and during the opening minutes their striker Marvyn Belliard had at least three attempts that were saved by Gozo’s keeper Adrian Parnis.  On 8 minutes Belliard unmarked Kevin Meurnier inside Gozo’s area but the latter concluded wide form a good position.  On 12 minutes Gozo operated good break through Gennaro Hili but France’s defense managed to recover and blocked the danger before the Gozitan midfielder could address towards goal.  One minute later goalie Parnis left his position in time to block an attempt by Kevin Harel who was alone in the area and on 15 minutes a shot by Timori Mendes ended high. Less than a minute alter an attempt by Gozo’s Michael Bezzina was blocked by the defense and on 20 minutes Ligue Paris were again dangerous through a lob by Kevin Meurnier that ended wide.  The same striker won a ball from Gozo’s defense in the following action but Gozo’s keeper once again managed to block the attempt aimed towards an open goal.  On 26 minutes France’s Marvyn Belliard once again came to face with Gozo’s keeper and the latter managed to block the danger.  Goaklie Adrian Parnis was again called to make a difficult save on 36 minutes to turn to a corner a header by Julien Simoeys and the hosts replied two minutes later through a long ranged shot by Christian Mercieca that was neutralized without difficulty by goalie Morgan Fevrier.

After the resumption Gozo continued to suffer the pressure produced by Ligue Paris and in at least three occasions the hosts failed to capitalise from counter breaks through Rodney Buttigeig.  On 51minutes Ligue Paris had a goal by Kevin Harel that was disallowed for an offside infringement and four minutes later Marvyn Belliard had a shot that ended away from goal.  Two minutes after the hour mark the same striker had a first timer that also missed that target.  Gozo’s keeper was well placed on 66 minutes and saved in two attempts an effort by substitute Sabri Said and five minutes goalie Parnis suffered a serious injury following  tackle by Julien Simoeys following an action from a free kick.  Gozo’s goalkeeper however continued the encounter with a protective band around his head.  On 79 minutes Ligue Paris, who had already completed their three substitutions, ended with ten players when the same Simoeys suffered an injury following an accidental tackle with Rodney Buttigieg.  The visitors had two goals scored by Sabri Said on 83 and 85 minutes that were disallowed for offside infringements.  Ligue Paris kept insisting in an attempt to win the encounter during the dying moments and in the first minute of stoppage time a strike by Kevin Harel ended just wide and in the third minute of stoppage time a low drive by Sabri said with the goalkeeper beaten hit the base of the post.