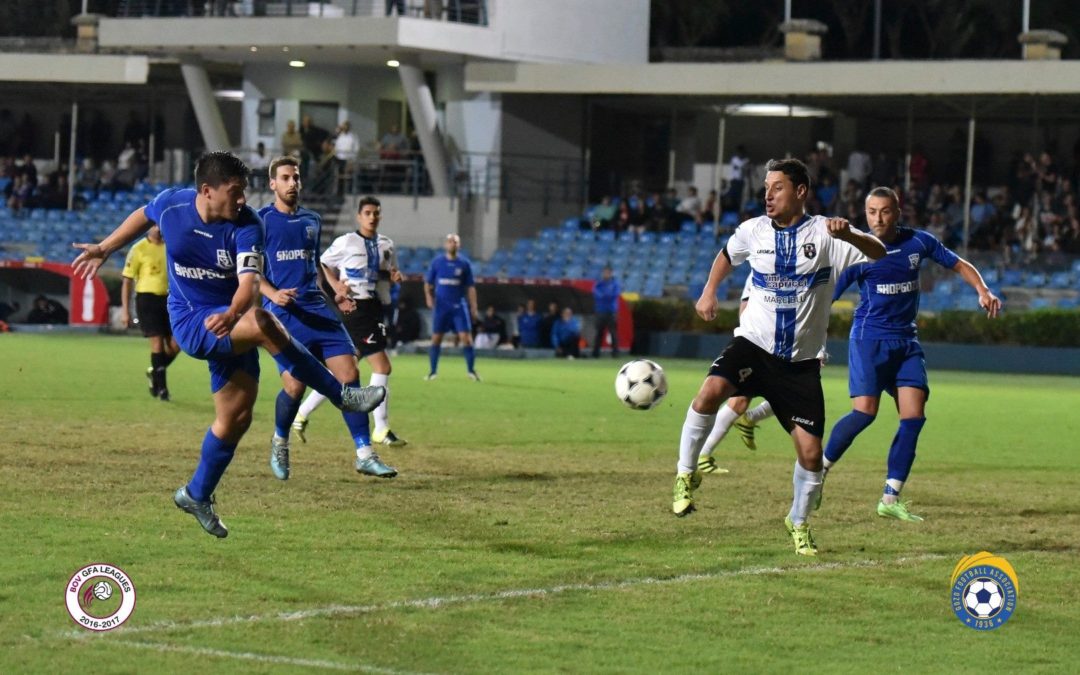 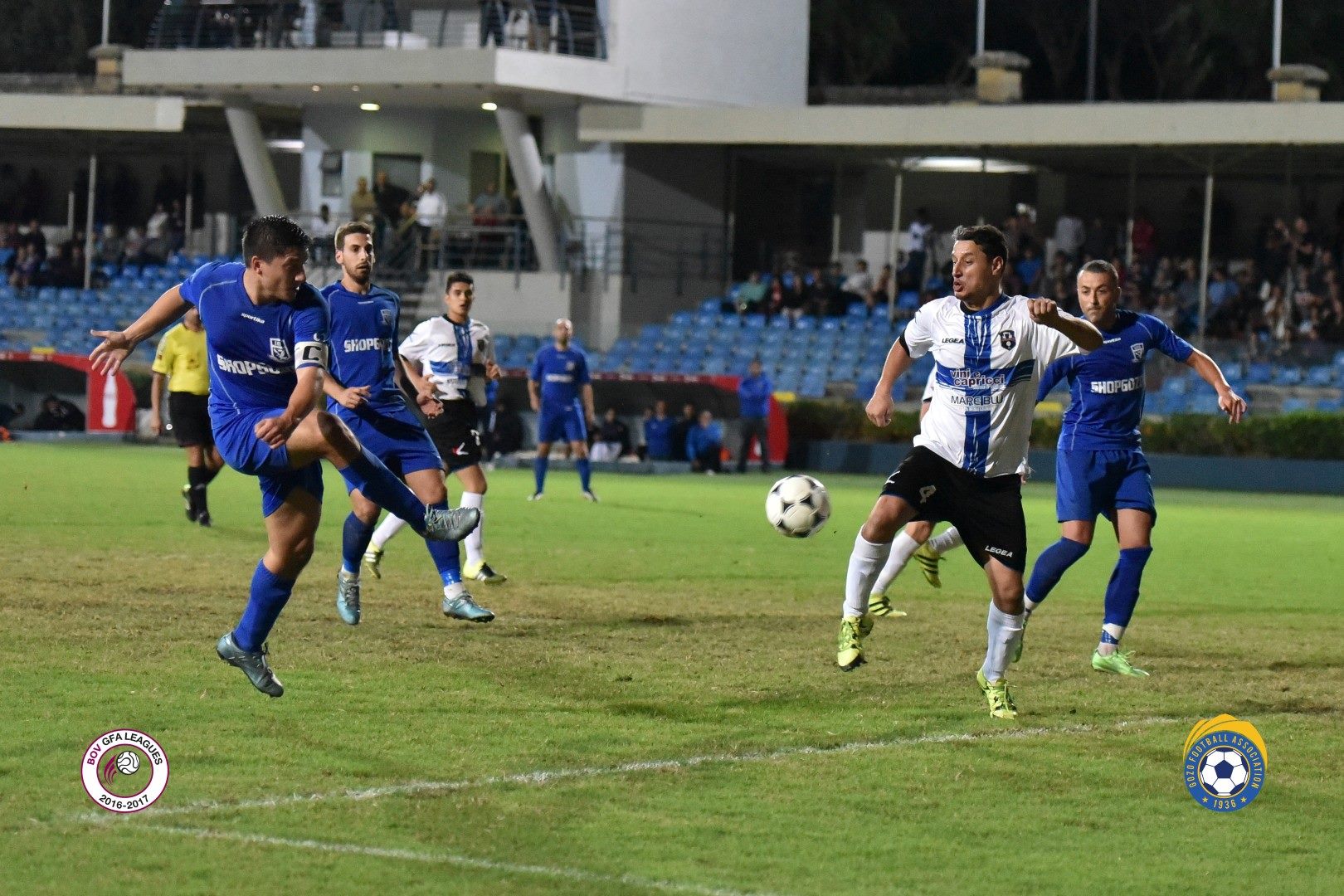 SK Victoria Wanderers registered a 2-0 win over bottom placed Xaghra United in a direct clash between the two teams who are occupying the two places at the bottom of the table.  With this result the Wanderers opened a five point lead over the same Xaghra while the latter remain without a point from five matches of the championship.  This was also Victoria’s first win in the campaign.  Despite the score and the points obtained, the Wanderers failed to impress particularly when considering that Xaghra played more than an hour with nine players on the field.  The Wanderers were coming from a series of positive performances but in this match they did not manage to retain the good moment of form.  The Citizens found it very difficult to open the score and continued to be erratic in their play for most of the second period when they were expected to put their minds at rest from the victory.  Victoria’s difficulties to create dangerous play were mainly due to Xaghra’s organisation and determination as they not only resisted to Victoria’s numerical superiority on the field but also created some good offensive play and remained in contention to save the result until the dying seconds of the encounter.  Xaghra’s central defender Daniel Sowatey was undoubtedly the main protagonist of the match as he was instrumental for his team-mates to retain an effective deployment on the pitch.

The Wanderers could have opened the scored after fifty seconds of play when a low drive by Igor Grkajac was stopped by the base of the post.  The Wanderers continued to put some pressure on Xaghra’s rear guard during the opening stages and in the sixth minute Xaghra’s goalie Frankie Azzopardi was at the right place to neutralise a back-heel by Milanko Raskovic following a corner action.  Xaghra’s difficult start got more complicated one minute later when their main striker Mademba Djibril Cisse was sent off for elbowing to Sam Frank Bajada.  However, Xaghra increased their efforts and surprised their opponents with effective play that put Victoria’s rear guard in difficulty on more than one occasion.  On 10 minutes Xaghra were also dangerous through a free kick by Antonio Laskov that ended high.  Xaghra however suffered a setback on 32 minutes when Antonio Laskov entered Victoria’s area with a personal action but ended on the floor following a challenge with the opponent.  The Bulgarian midfielder protested with the referee and was eventually sent off for dissent so that Xaghra had to play the rest of the encounter with nine players on the field.  The Wanderers tried to take an immediate advantage but on 33 minutes an attempt by Sam Harland ended high and three minutes later a strike by Predrag Dordevic missed the target.  The Wanderers continued to find it more difficult than expected to create danger and the best scoring opportunity before the end of the first half arrived on 44 minutes through a shot by Igor Grkajac that was saved in two attempts by goalie Frankie Azzopardi.

After the break Xaghra regained confidence and dictated play during the opening minutes but the closest that they went to scoring was on 48 minutes through a free kick by Gerald Tushe that was saved by goalie Matthew Vella.  Xaghra were punished on 51 minutes when the Wanderers opened the score through a close ranged shot by Igor Grkajac following a cross from the left flank by Anthony George Attard.  Xaghra seemed demoralised and in the following minutes Victoria created some good scoring opportunities.  On 56 minutes a free kick by Milanko Raskovic ended high and less than a minute later a shot by Predrag Dordevic following a personal action ended away from goal.  Xaghra replied through a break on 62 minutes but Victor John Saliba’s shot missed the target and in the following action Gerald Tushe entered Victoria’s territory in a counter break and ended on the floor before entering the area following a challenge with an opponent but the referee did not notice any infringement and the defence cleared the danger.  The Wanderers regained supremacy and on 73 minutes another attempt by Predrag Dordevic from a good position was deflected to a corner.  One minute later Victoria’s Milanko Raskovic had a close ranged shot that ended over the crossbar.  The same Raskovic was at the right place in the area when Igor Grkajac hit badly inside Xaghra’s area but the striker headed high.  On 76 minutes Victoria’s substitute Chris Scirotino had a strike that was also deflected to a corner by Xaghra’s defence and another attempt by Victoria’s Ian Xuereb was also blocked by Xaghra’s rear guard to a corner.  The result remained in contention as the Wanderers continued to be erratic while Xaghra were threatening with counter breaks.  On 89 minutes Victoria’s Predrag Dordevic once again concluded badly from a good position and the ball ended wide and in the second minute of stoppage time Igor Grkajac entered Xaghra’s area with a personal action but his curling shot missed the far post.  Victoria’ Igor Grkajac made up for his mistake one minute later when he doubled the score by concluding in goal after receiving from Milanko Raskovic.