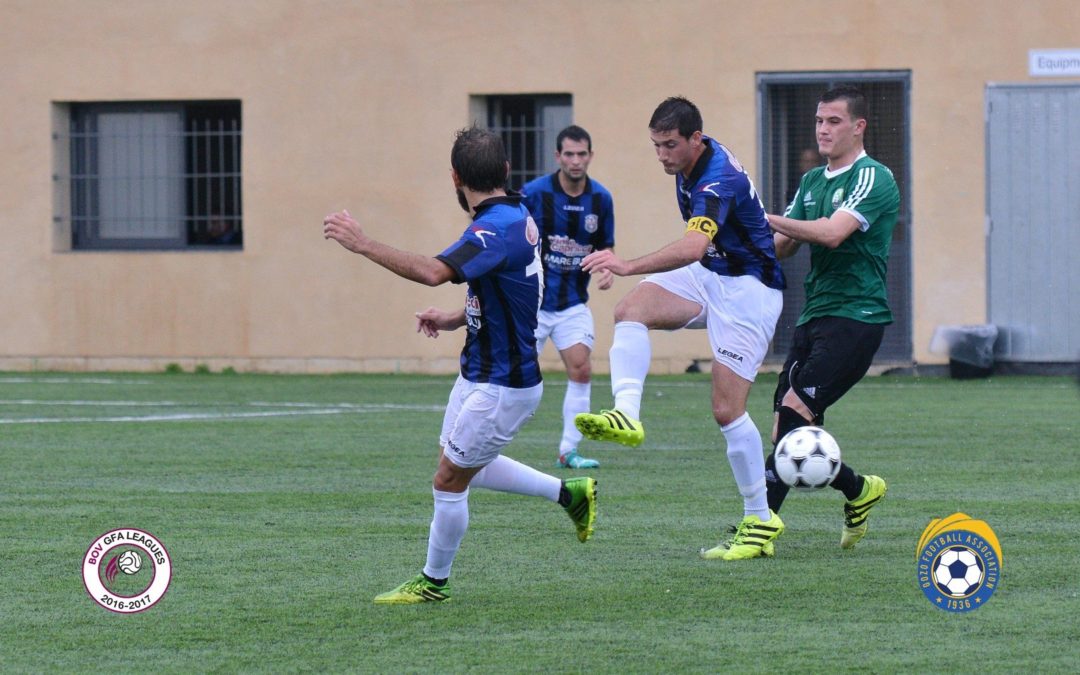 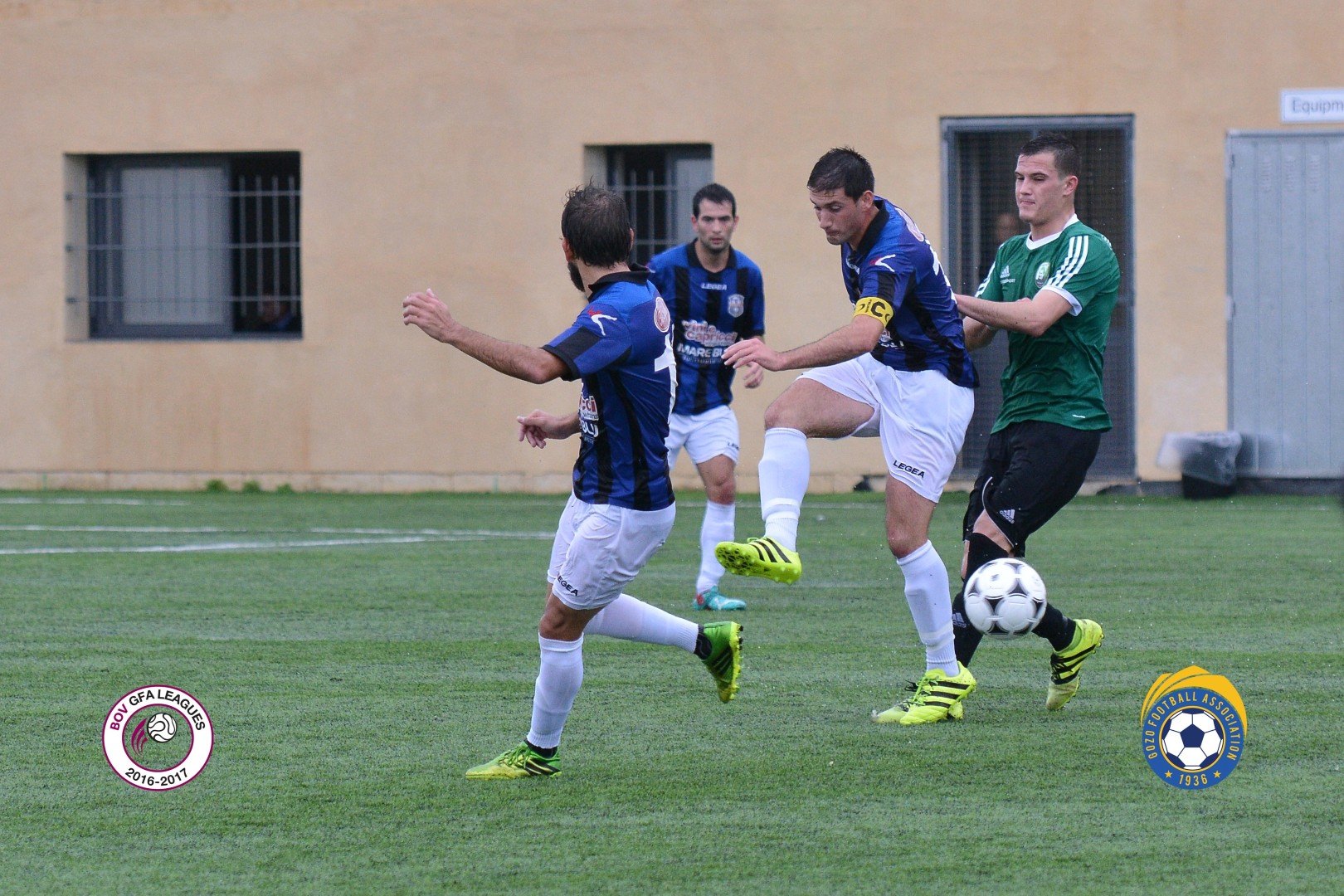 Oratory Youths and Xaghra United obtained a point each from a goalless draw so that the Youths remain in the mid-table position while the Blues extended their good moment of form so that they remain with the possibility to move away from the bottom of the table.  The match was played in difficult conditions due to the heavy rain and wind and therefore the two sides found it difficult to produce offensive play.  Throughout the ninety minutes play took place mainly in the midfield and with very few scoring opportunities.

Oratory chad the first attempt at goal that arrived on 12 minutes through a shot by Kersten Grima that was saved in two attempts by Xaghra’s goalie Daniel Galea.  The same goalkeeper was again called to make a good save less than a minute later to block an effort by Borja Polo Longarela.  Xaghra replied with a strike by Nikola Vitorovic on 28 minutes that ended wide.  On 44 minutes the Youths could have opened the score when Borja Polo Longarela took the ball inside the area following some hesitation by Xaghra’s keeper but the defence recovered in time and managed to block the danger.

Xaghra almost surprised their oponents in the first minute of play of the second period but a shot by Franci Kosova ended just high.  As time passed by the Youths started to enjoy territorial supremacy but failed to capitalise from the chances.  On 56 minutes a cross-shot by Daniel Azzoaprdi was cleared with some difficulty by Xaghra’s keeper Daniel Galea and two minutes later the same goalkeeper neutralised a shot from long distance by Inigo Dolara.  On 62 minutes Xaghra’s Franci Kosova had a good attempt that was blocked tom a corner by the defence and on 66 minutes a header by Javier Polo Longarela following a free kick by Baromeu Perello Palou ended not far away from Xaghra’s goal.  Oratory increased their pressure on Xaghra’s rear guard during the final stages and on 86 minutes Xaghra’s goalie Daniel Galea saved in two attempts a cross from the right flank to deny Oratory’s strikers Bartomeu Perello Palou and Inigo Dolara from concluding with a tap-in.  less than a minute later the same goalkeeper kept his clean sheet and left the final score unchanged when he saved to a corner a shot from an angled position by Bartomeu Perello Palou. 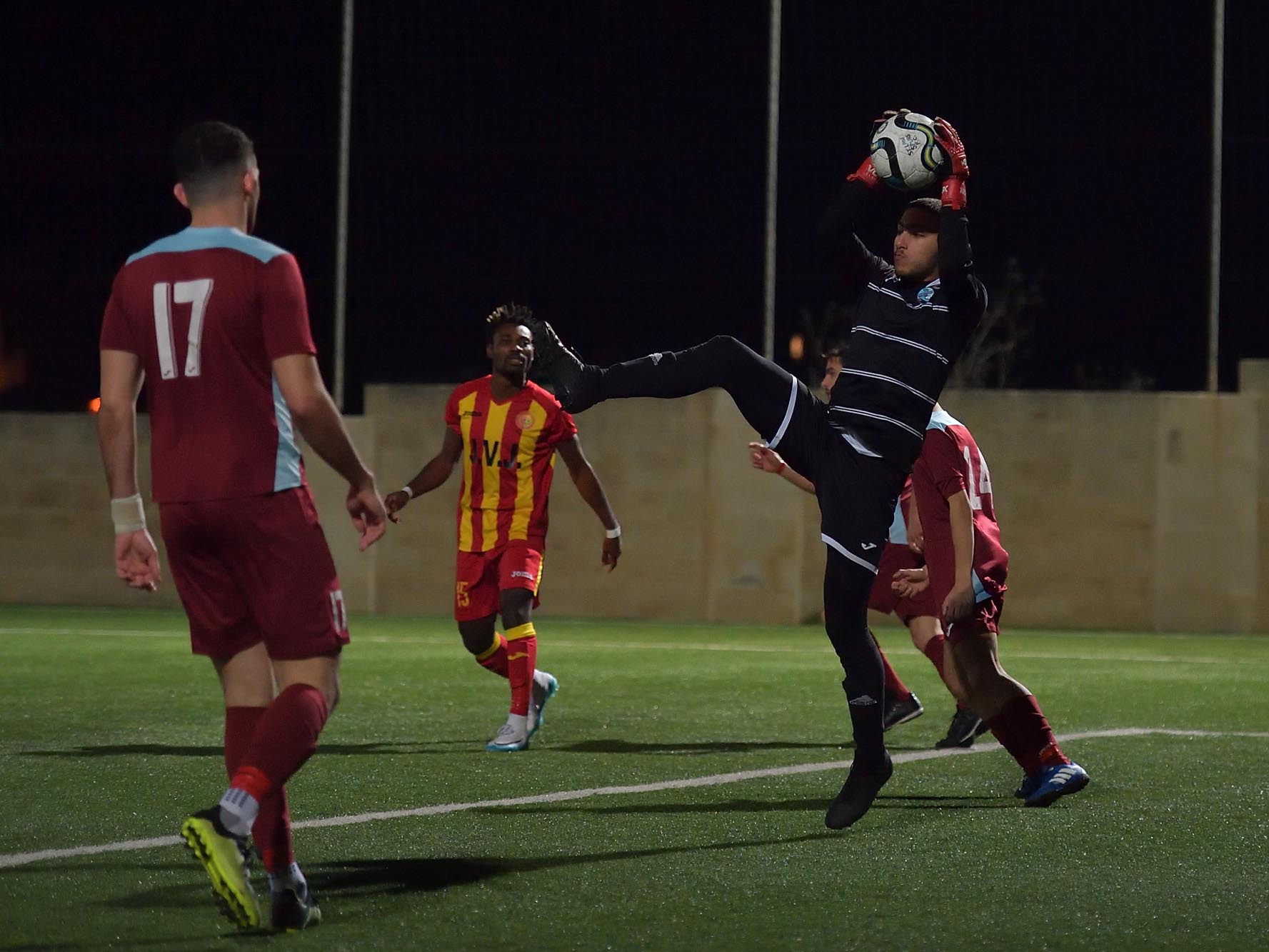 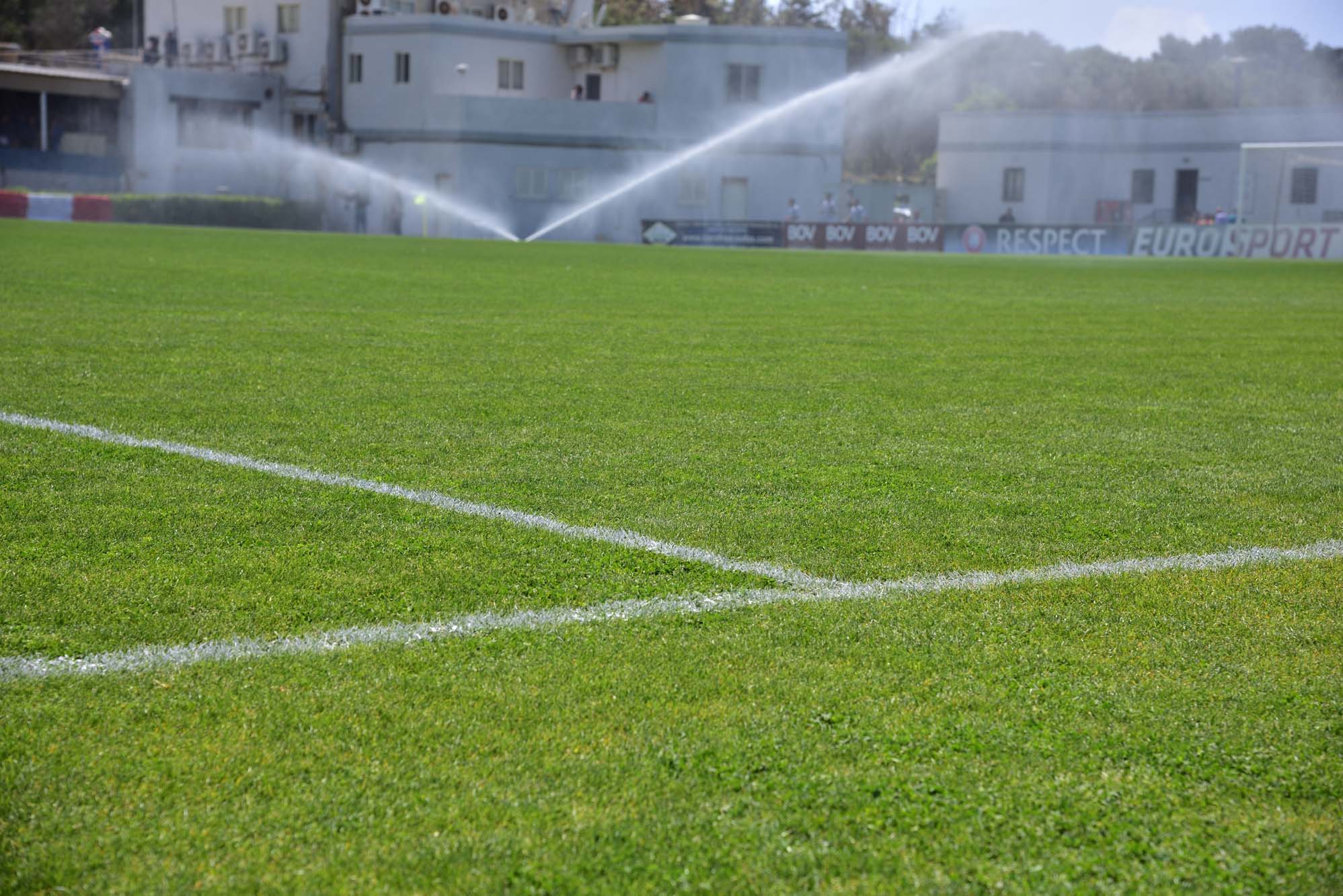