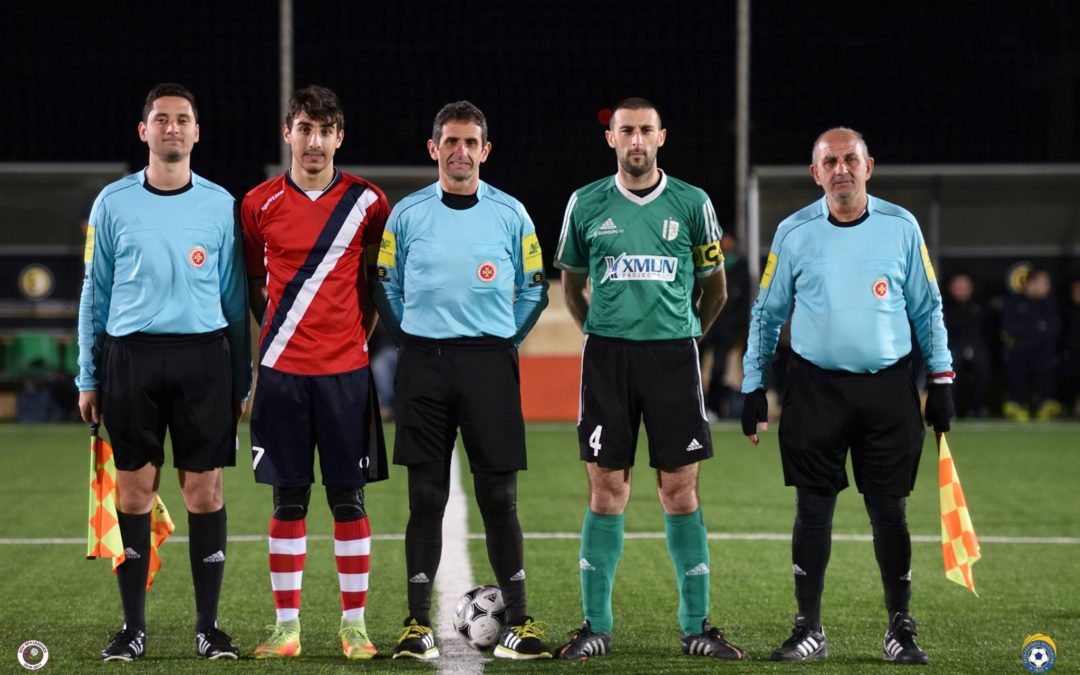 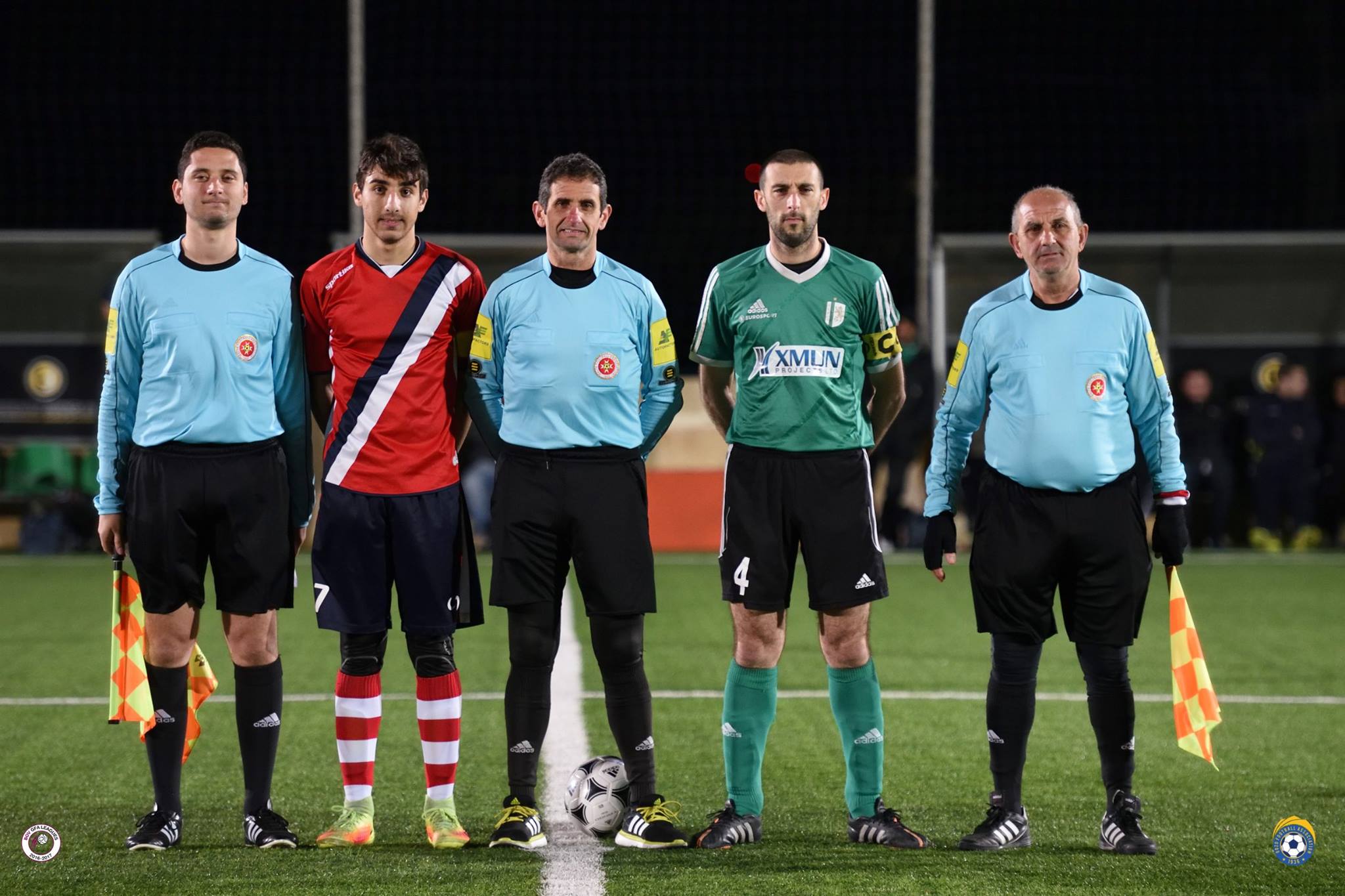 Munxar Falcons surprised the more quoted Sannat Lions and registered a dramatic 4-3 win to re-open their chances to avoid the bottom place on the table.  Sannat were in the lead for most of the encounter but failed to defend the result during the final stages of the match.  Sannat opened a two-goal lead during the first half and administered play for most of the second period.  However, Munxar were motivated to obtain a positive result and their efforts were not only rewarded by leveling the score during the final stages of the encounter but turned a defeat into a victory with a goal scored in the first minute of stoppage time.  Munxar’s Michael Mattias Uzor ended up the protagonist for his side by scoring a hat-trick.  With this result Sannat probably compromised the possibility to remain among the challengers for promotion as they are seven points away from the leaders with a game in hand.

In the seventh minute of play Sannat could have opened the score but Ajibade Adesina concluded badly from close distance and the goalkeeper saved without difficulty.  One minute later Sannat took the lead when Daniel Borg released Sunday Baala inside Munxar’s area and the latter netted with a low shot qhen he was face to face with the goalkeeper.  On 11 minutes Munxar’s goalie Lorjean Xuereb saved with difficulty to a corner an attempt by Ajibade Adesina and on 19 mints a shot by Sunday Baala ended inches away from Munxar’s goal.  Sannat continued to produce danger and on 23 minutes a strike from skipper Mark Muscat was deflected by Munxar’s rear guard and the ball ended just wide from the net into a corner.  Two minutes later Sannat were awarded a penalty for a foul by Ryan Meilak on Ajibade Adesina and Sunday Baala doubled the score with his shot from the spot kick.  The same Baala could have increased the lead on the half hour mark but the striker failed to hit the ball from close distance following an inviting low cross by Daniel Borg.  Sannat’s Sunday Baala lost another good opportunity to score the third goal before half time when he produced a personal action from the midfield on 42 minutes, entered Munxar’s area but his low shot was saved to a corner by goalie Lorjean Xuereb.

After the restart Munxar tried to produce a reaction but Sannat were well organized at their defense and also operated some good actions within Munxar’s territory.  Munxar could have reduced the score on 61 minutes but a low shot by Elijah Xuereb after receiving a pass from Michael Mattias Uzor was blocked by Sannat’s defense.  Munxar managed to re-open the issue on 65 minutes through a fine header by Oliver Curmi following a cross from the right flank by Michael Mattias Uzor.  Sannat could have regained the two-goal lead four minutes later but Ajibade Adesina concluded badly from a good position and goalie Lorjean Xuereb saved without difficulty.  On 71 minutes Munxar went close to scoring but a strike from outside the area that was well saved by goalie Angelo Brignoli.  Sannat re-established their two goal lead on 74 minutes through Ajibade Adesina who entered Munxar’s area following a counter break, turned around the goalkeeper inside the area and deposited the ball into an open goal.  Munxar were not demoralized and reduced the score once again three minutes later when a deflection by Gabriel Muscat from a corner kick by Jordi Parnis hit the post and from the rebound Michael Mattias Uzor concluded in goal from the resultant melee.  On 78 minutes Sannat lost a good opportunity to score a fourth goal but a low drive by substitute Eric Gauci ended just wide.  Play became much more exiting during the final stages and one minute later Munxar’s Oliver Curmi had a good shot that ended just wide.  Munxar scored the equalizer on 84 minutes when Sannat cleared badly a corner kick by Jordi Parnis, an attempt by substitute Oliver Saliba hit the crossbar and Michael Mattias Uzor netted from close distance from the rebound.  Munxar were now in the driving seat and scored the goal that decided the issue in the first minute of stoppage time with another close ranged shot by Michael Mattias Uzor following another corner kick by Jordi Parnis.  Sannat could have saved the result in the fourth minute of stoppage time but a shot by Eric Gauci after receiving from Ajibade Adesina was blocked with difficulty on the fatal line by Munxar’s goalie Lorjean Xuereb. 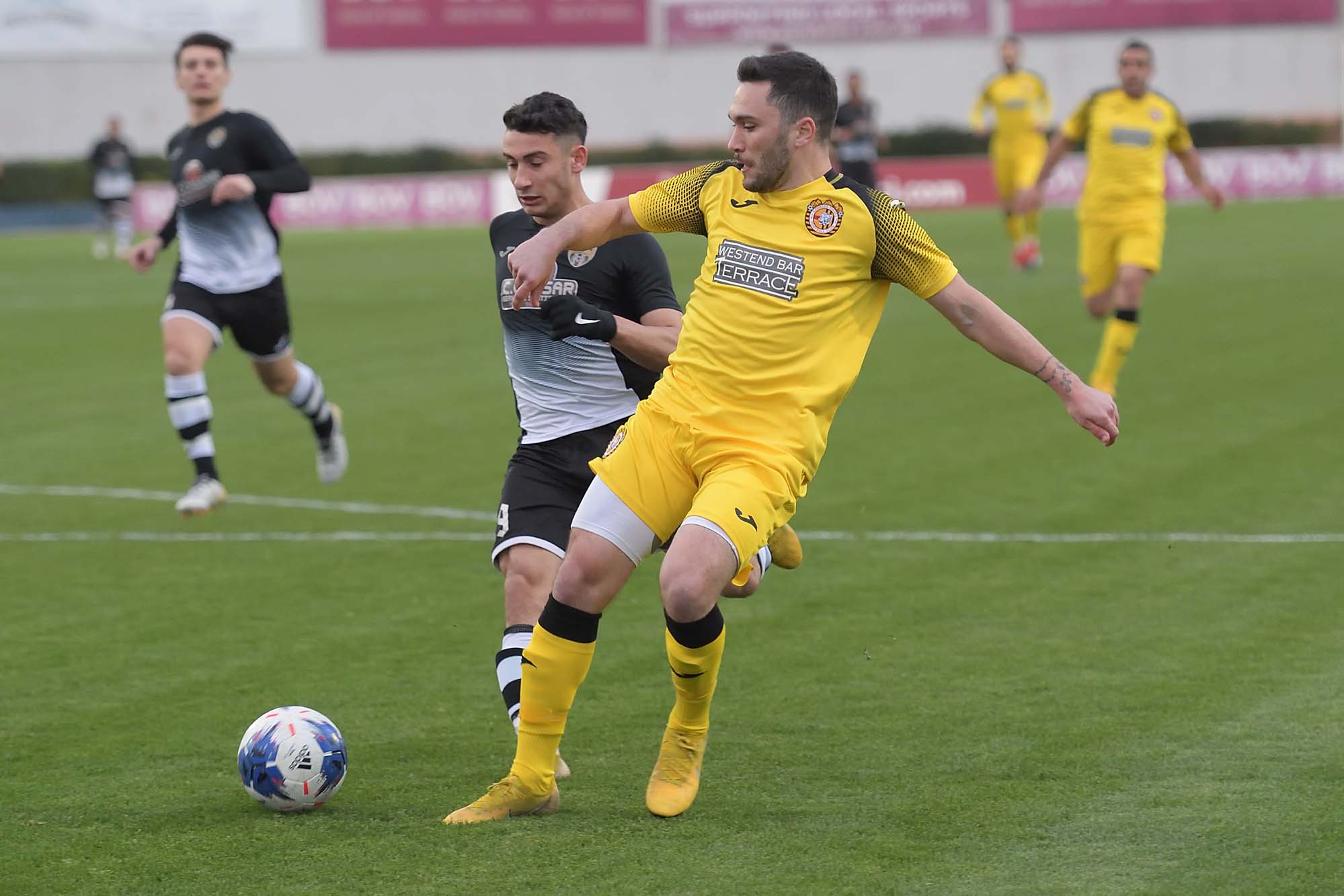 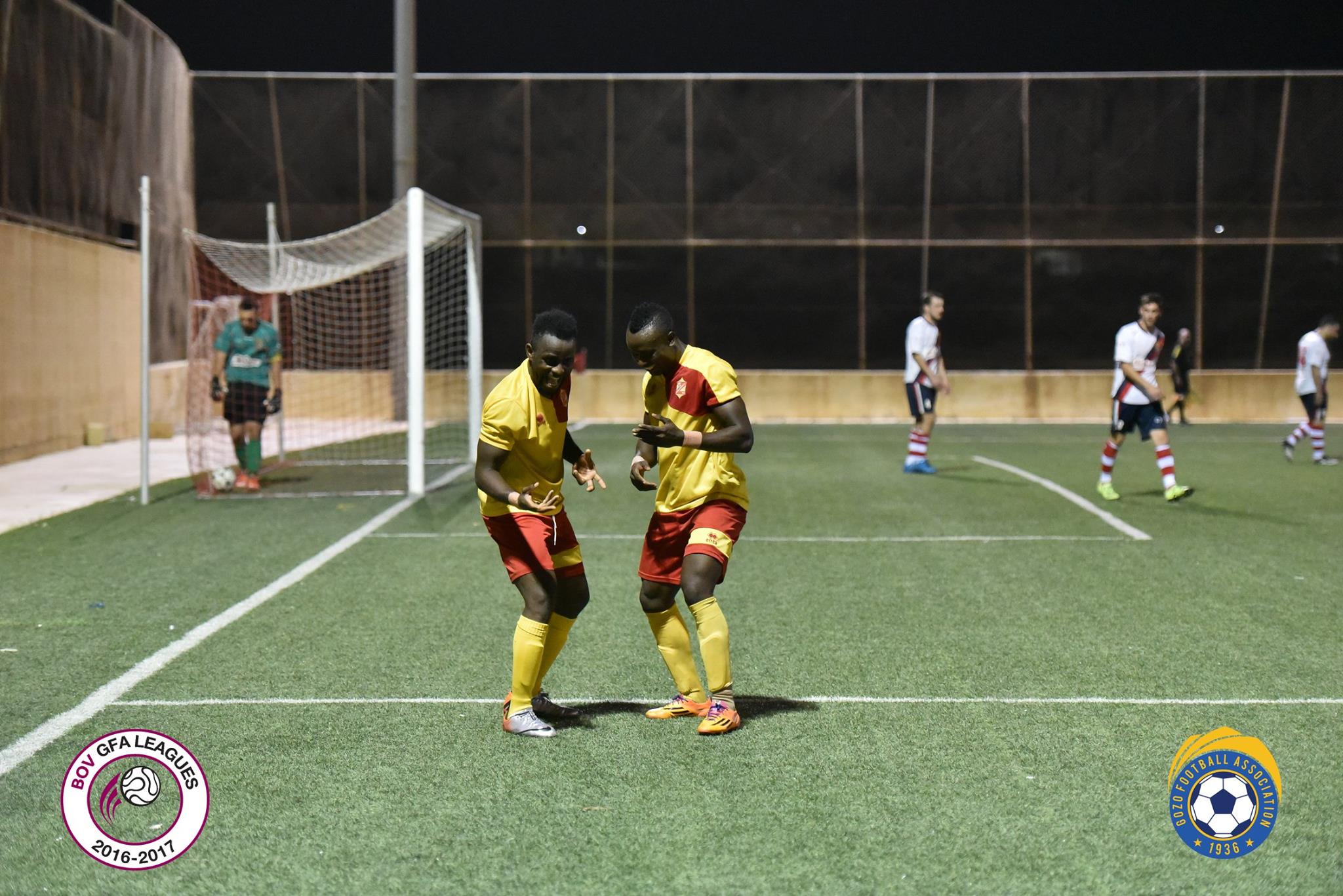