Nadur make sure of victory over Gharb with first half goals 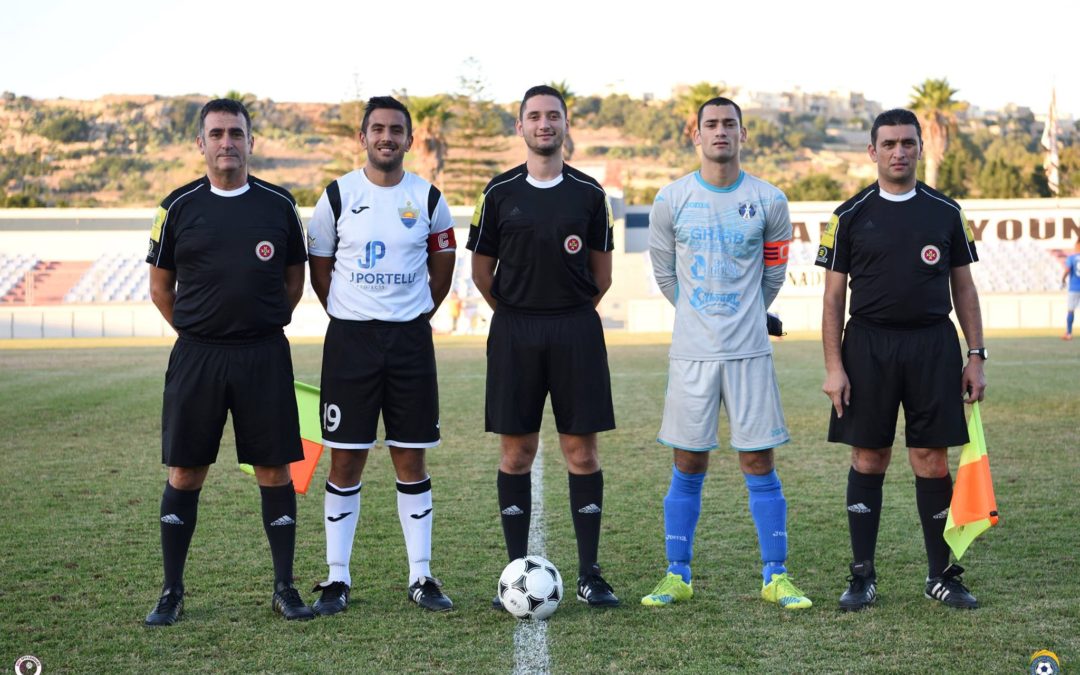 Nadur Youngsters earned three points as expected against promoted side Gharb Rangers so that they retained their chances to be among the challengers for the title.  However, Nadur’s win ended up to be hard earned as they ended up defending with some difficulty during the final stages to take home the full points.  Nadur seemed heading towards an easy win at the end of the first half as they had opened a deserved three goal lead, but Nadur seemed overconfident after the break and Gharb managed to produce a reaction and re-opened the issue with two goal scored in the last part of the encounter.

Nadur tried to take command of play from the early stages but Gharb were well deployed particularly during the first quarter of the match and the Youngsters found it difficult to convert their play into good scoring opportunities.  The Youngsters opened the score in their first serious attempt at Gharb’s goal that arrived in the eighth minute through a strike by Darko Krstic from outside the area after exchanging the ball with Brandon Said.  During the following minutes Gharb continued to resist to Nadur’s territorial supremacy but on 22 minutes Nadur doubled the score when Josef Buttigieg released Shaun Attard inside Gharb’s area and the latter surprised goalie Daniel Spiteri with a fine strike from an angled position.  Gharb were demoralised and suffered Nadur’s pressure for the rest of the first half.  Minutes later an attempt by Darko Krstic ended just wide.  On 25 minutes Gharb’s goalie left his position in time to take the ball before Shaun Attard could conclude a through pass by Milos Nenadovic.  In another good action by Nadur a shot by Stefan Cassar ended away from Gharb’s goal and on 35 minutes an effort by Shaun Attard from a good position ended wide.  Nadur scores their third goal two minutes later through a tap-in by Brandon Said who concluded easily an inviting low cross by Shaun Attard.  On 39 minutes Nadur could have added another goal but an effort by Darko Krstic was well saved by goalie Daniel Spiteri.

Gharb surprised their more quoted opponents after the break as they seemed more motivated and Nadur’s rear guard was often required to clear the danger from their territory with some difficulty.  On 49 minutes an attempt by Gharb’s Moses Nwankwo following a corner action was cleared off the goalmouth by Josef Buttigieg and the same striker operated a personal action on 55 minutes but Nadur’s goalie Matthew Muscat left his position in time to clear the danger at the edge of the area.  Two minutes later it was Gharb’s goalie Daniel Spiteri who left his position to punch away the ball before Brandon Said could conclude from a good position.  Gharb once again threatened Nadur’s defence on 68 minutes through a shot by substitute Luke Meilak that ended wide.  Gharb scored their first goal on 77 minutes through a header by Dylan Bellotti following a free kick from long distance by Justin Azzopardi, that surprised substitute goalkeeper Gaetano Bugeja.  Nadur replied on 81 minutes through a free kick by Milos Nenadovic that ended just high and one minute later Gharb reduced the deficit to just one goal when goalie Gaetano Bugeja saved partially a low cross from the right flank and John Paul Grima took the ball and placed in goal with the ball hitting the base of the post before ending in goal.  Gharb increased their efforts during the dying moments but Nadur managed to resist and went also close to score a fourth goal in the third minute of stoppage time but a low shot by Milos Nenadovic ended just wide. 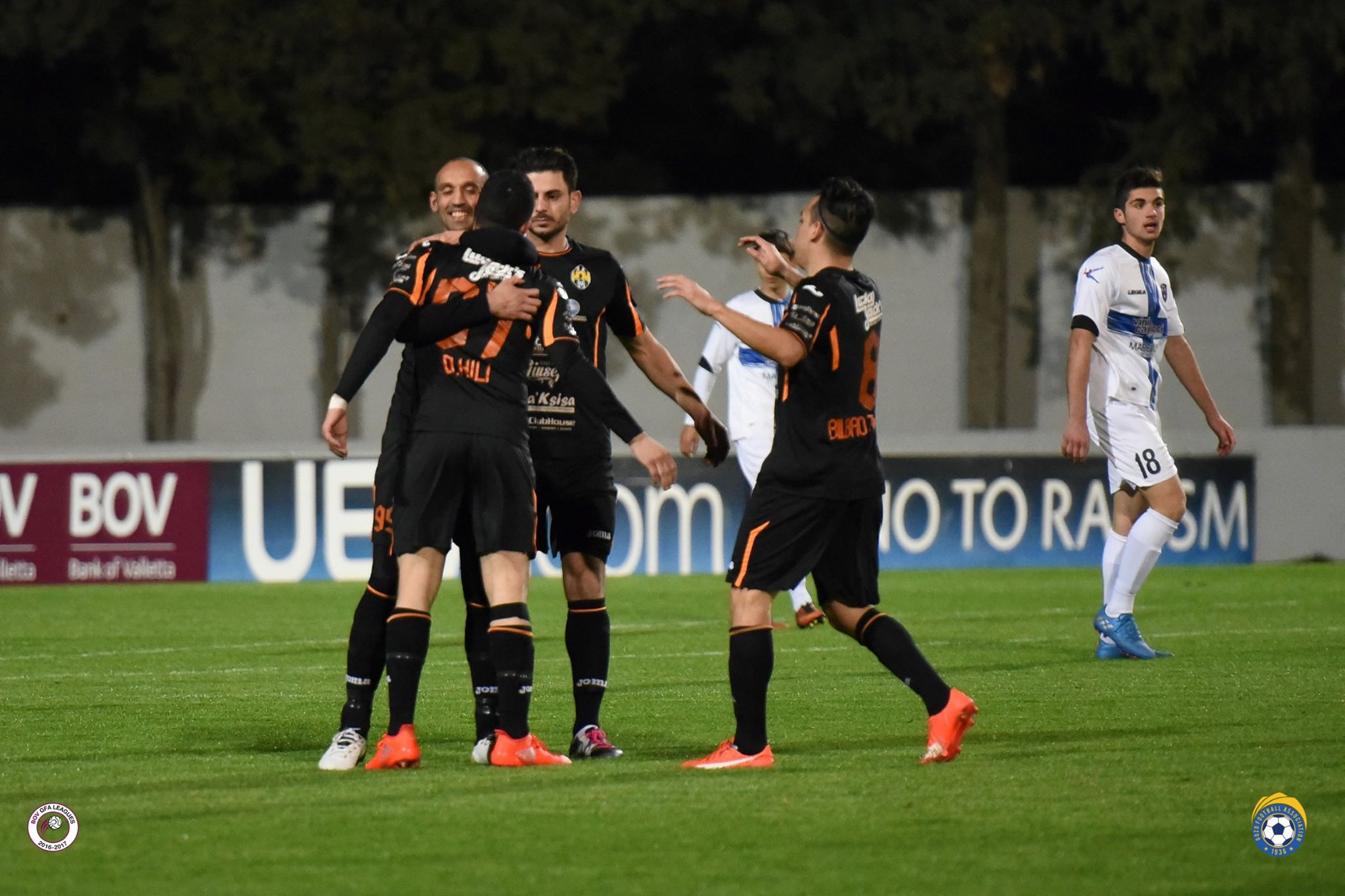 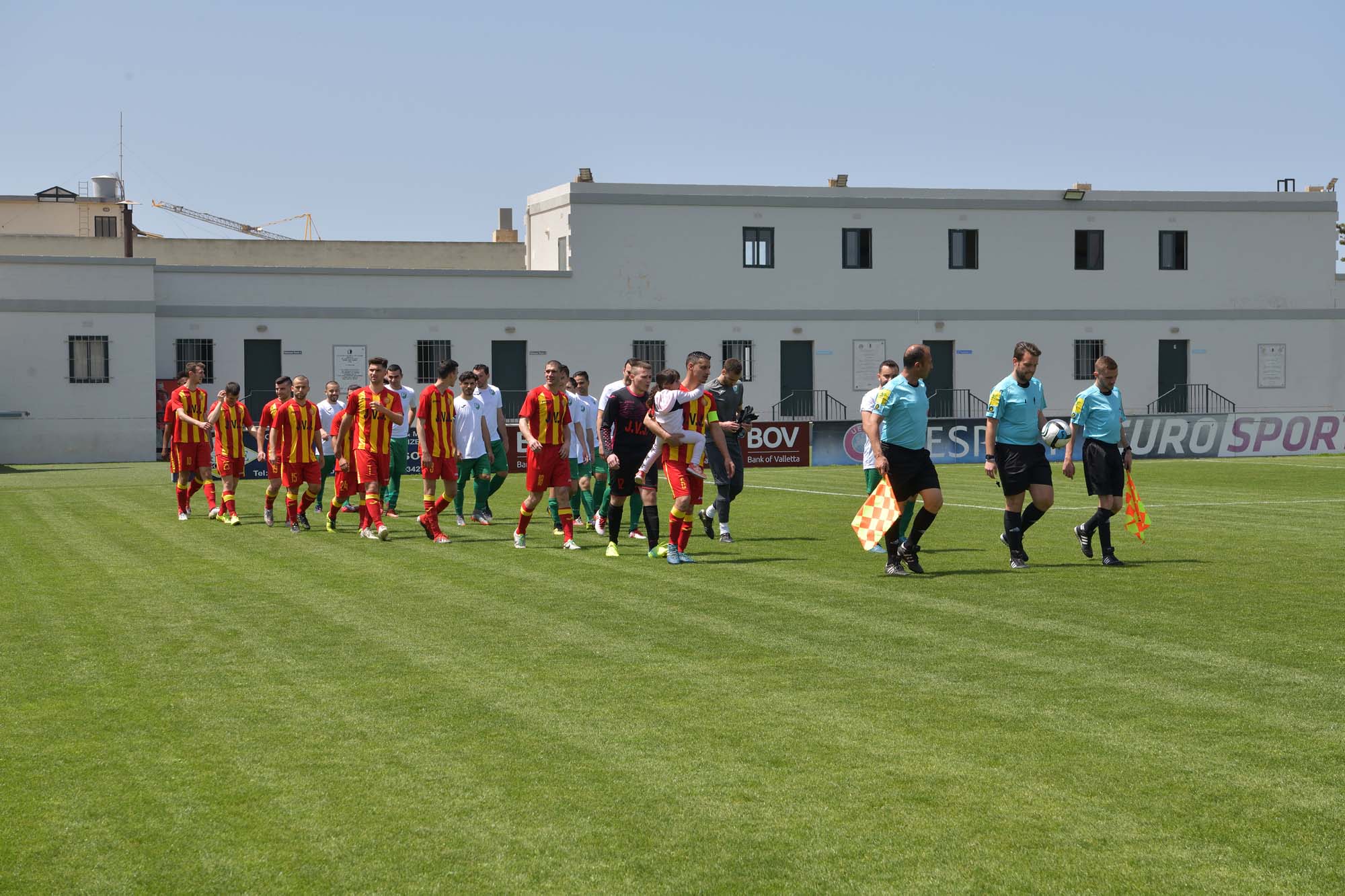