Xaghra leave it late to recover a three-goal deficit 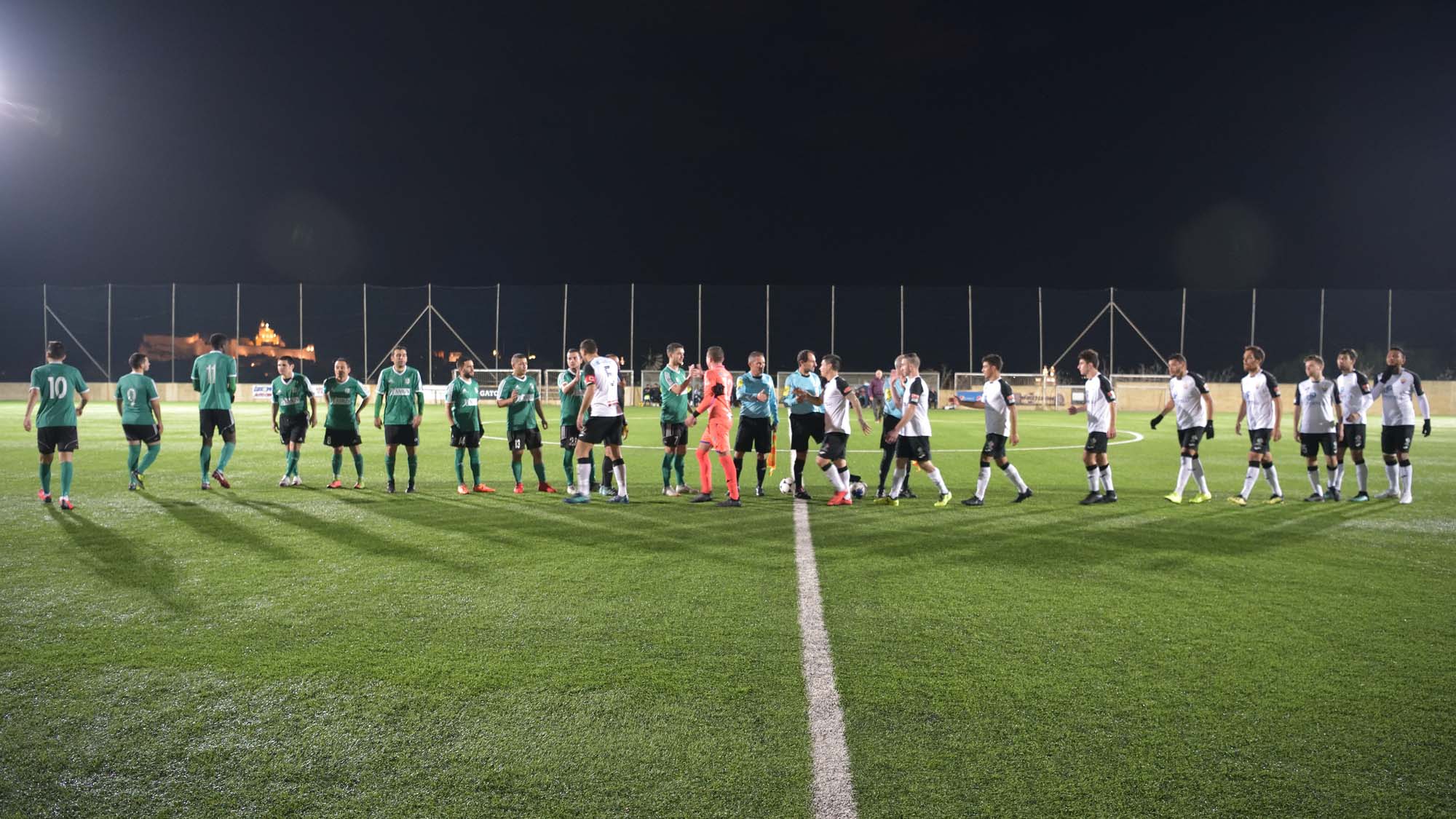 Contenders for promotion Zebbug Rovers dropped precious points from their match against Xaghra United, as they lost a three-goal lead during the dying moments of the encounter and ended up with just one point.  Zebbug seemed heading for an easy win as they scored three goals during the first half and administered play for most of the second period.  Zebbug also lost some other good scoring opportunities along the encounter but they were punished for their lack of concentration as they ended up suffering Xaghra’s reaction during the final stages of the encounter.  The last minutes of the match were thrilling as Xaghra managed to put pressure on Zebbug’s rear guard and saved the result by scoring three goals in the space of eight minutes and also created other serious actions where they could have turned the result in their favour.

Zebbug seemed in a better shape form the early stages and opened the score in the 10th minute. Through a strike form a good position by Ryan Grech.  Xaghra replied in the following action and could have levelled the score but Adrian Xiberras incredibly concluded wide from an ideal position after receiving form Johann Bajada.  On 15 minutes Zebbug doubled the score when Chris Borg released Gibson Botshelo Mfulwane who placed the ball easily past Xaghra’s goalie.  The Rovers could have added another goal on 37 minutes but a close ranged shot by Elijah Xuereb when Xaghra’s goalie was out of his position, was cleared off the fatal line by defender Savio Galea.  Zebbug however scored their third goal one minute later when Gibson Mfulwane won the ball from the goalkeeper at the edge of the area but was floored by Savio Galea.  The referee awarded a penalty and Gibson Botshelo Mfulwane converted from the spot kick.  During the final minutes of the first half Xaghra could have reduced the score.  On 43 minutes a shot by Adrian Xiberras was saved to a corner with difficulty by goalie Baskal Saliba and two minutes later a strike form outside the area by Gabriel Farrugia ended just wide.

Zebbug seemed in control of the match during the second period and on 65 minutes they went very close to score another goal when Gibson Mfulwane entered Xaghra’s area with a personal action but his attempt was well blocked by goalie Frankie Azzopardi.  Six minutes later the same goalkeeper denied Zebbug from scoring the fourth goal when he left his position in time to take the ball from striker Chris Borg who was alone in the area.  As time passed by Zebbug seemed overconfident and Xaghra started to pile some pressure on their opponents.  On 78 minutes a free kick by substitute Manuel Galea ended just over Zebbug’s crossbar and four minutes later the other substitute Luke Attard incredibly concluded wide when he was in an ideal position to hit the target.  Xaghra scored their first goal on 84 minutes when Adrian Xiberras took the ball inside the area in an angled position but managed to put the ball in goal with a lob over the goalkeeper.  The Blues grew in confidence and on 88 minutes they went very close to scoring but a header form close distance by Silvan Bonello following a free kick by Mauel glea ended just high.  One minute later Xaghra were awarded a penalty for handling by Aaron Buttigieg and Manuel Galea netted with his shot from the spot kick.  Zebbug continued to suffer Xaghra’s play and in the second minute of stoppage time the Blues levelled the score when goalie Baskal Saliba partially blocked an effort by Adrian Xiberras but the ball arrived to an unmarked Steve Sultana who fired in goal from close distance.  Xaghra kept insisting and in the fifth minute of stoppage time they almost turned the result in their favour when Zebbug’s goalie Baskal Saliba partially saved a free kick from long distance by Joseph Xerri and the ball arrived to Luke Attard who netted from close distance but the goal was disallowed for an offside infringement. 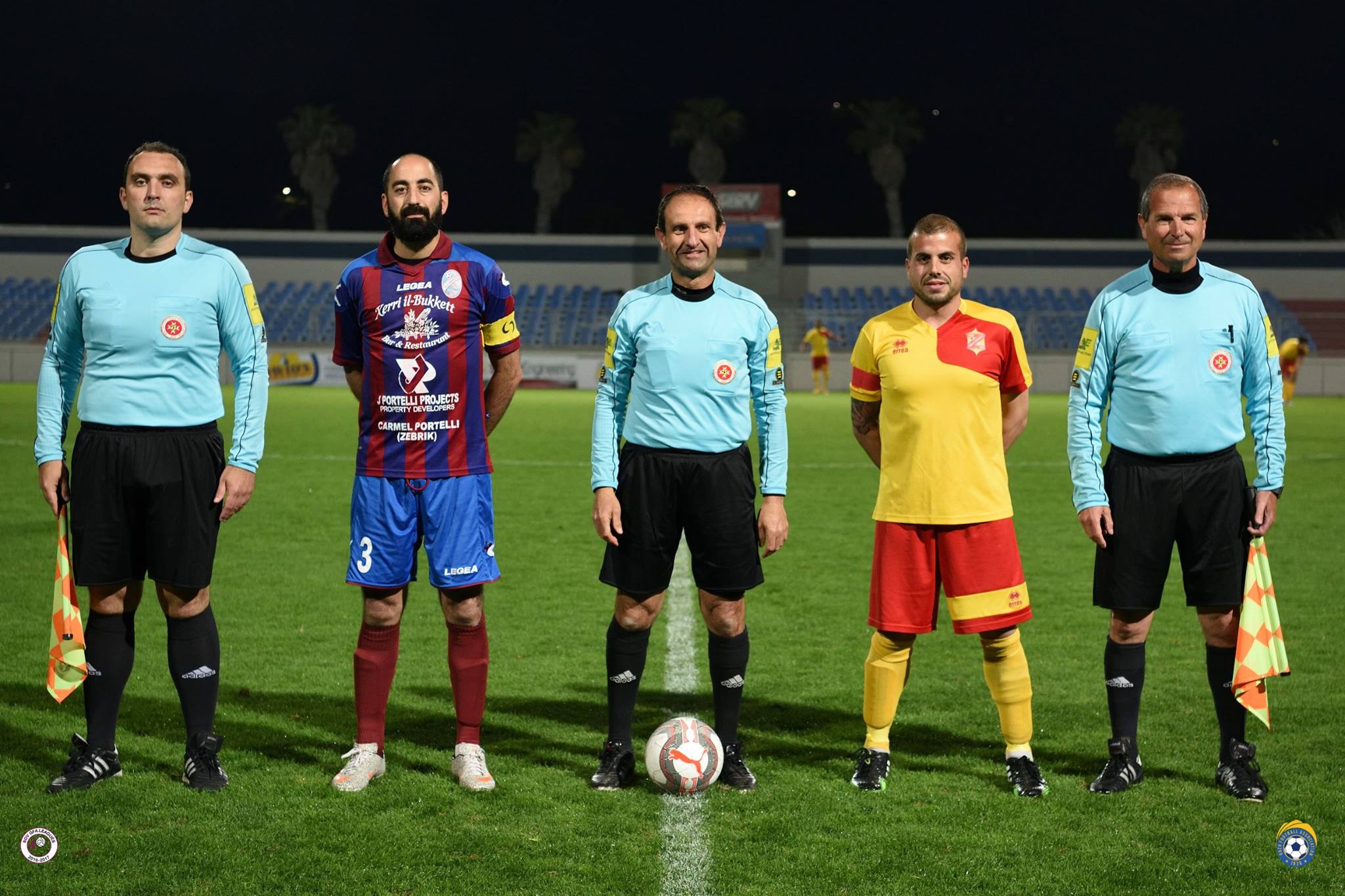 Qala Move to the Fourth Place 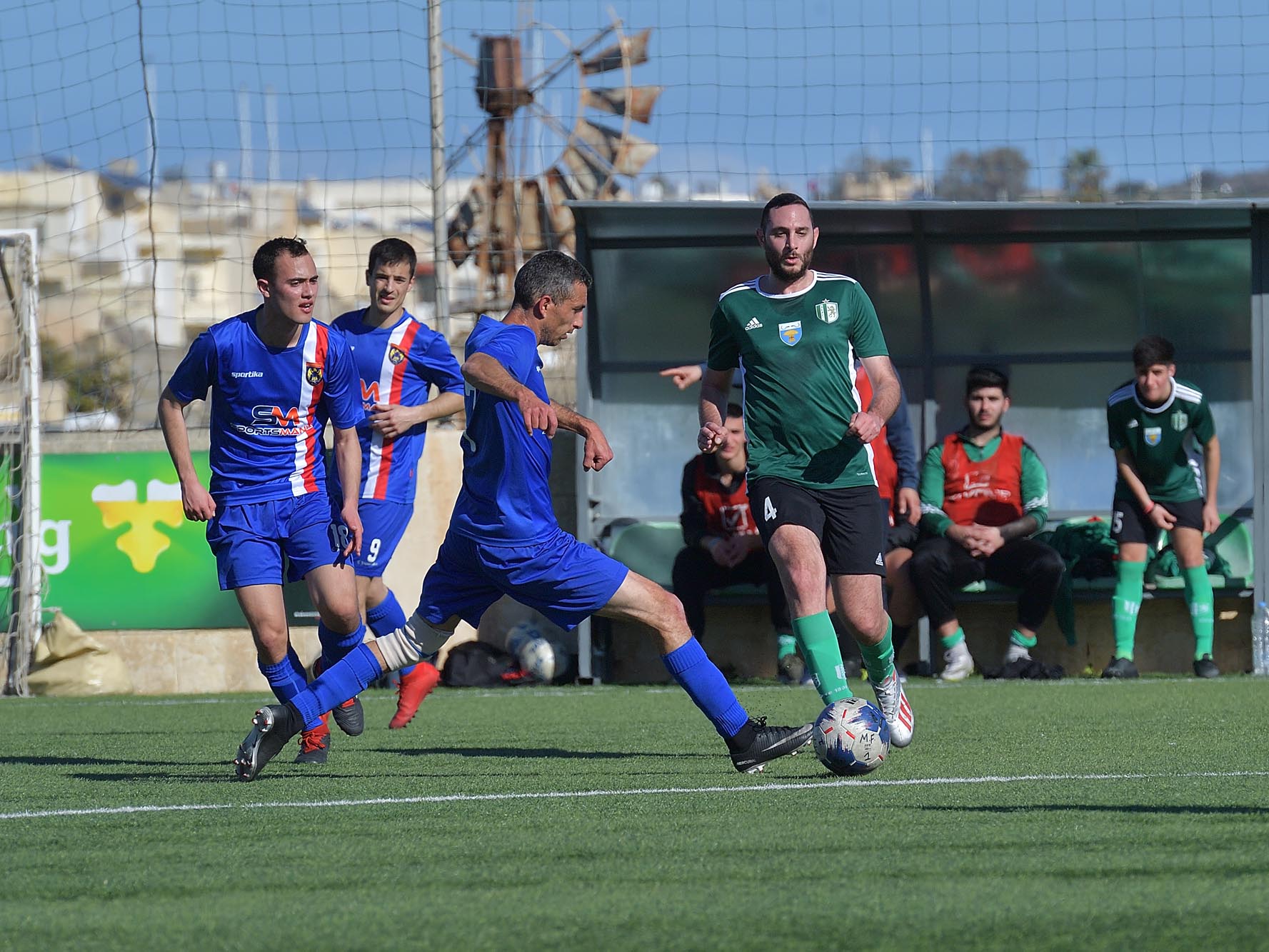 Sannat retain a two-point lead over their challengers for promotion