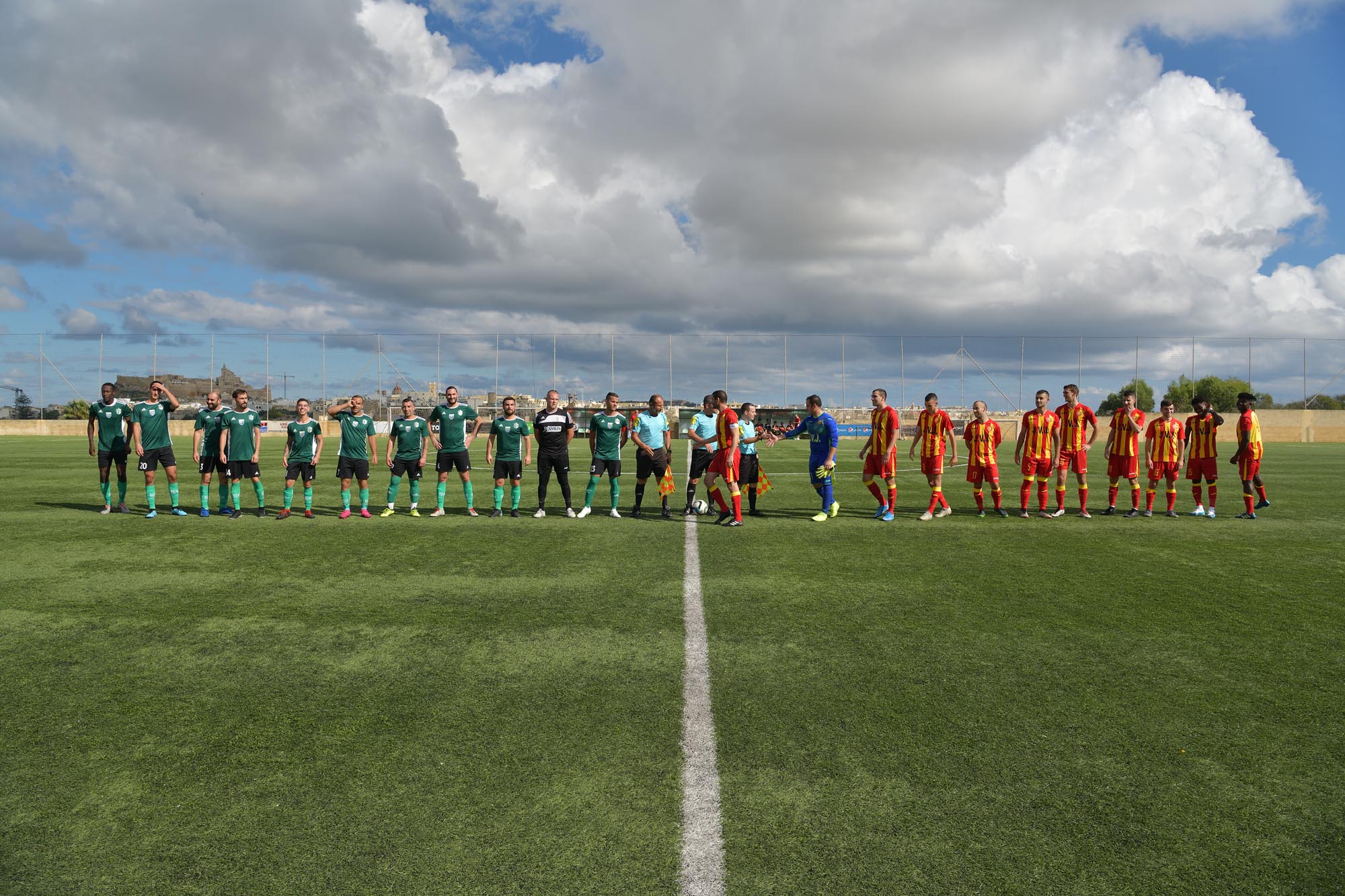 SK Victoria Wanderers increased their hopes to move away from the relegation zone in the final round of the championship with a close win over Gharb Rangers.  This was Victoria’s second consecutive win in the championship and with the points obtained they opened a gap of four points from the bottom place and reduced the gap from a safe place on the table to three points.  The Wanderers seemed determined to obtain a positive result from this encounter and produced more offensive play during the first half an hour of play where they managed to score the decisive goal that arrived midway through the first half.  The Wanderers were forced to suffer for the rest of the encounter as Gharb had a good reaction.  The Rangers struggled to save the result until the final moments but the Wanderers managed to defend their lead and also to keep a clean sheet for the second consecutive match in the championship.

During the opening minutes of the match the Wanderers dominated over their opponents.  The rangers also suffered a setback when they were forced to make an early substitution due to an injury to Borja Polo Longarela.  On 12 minutes a shot by Victoria’s Ian Xuereb ended wide and six minutes later Gharb’s keeper was well placed to neutralise a cross-shot by Chris Sciortino.  The Wanderers scored the goal that decided the issue on 23 minutes when Abdullahi Ige released Ajibade Adesina inside Gharb’s area and the latter fired in goal with a shot on the run.  Gharb continued to suffer Victoria’s offensive play and on 25 minutes a header by Abdullahi Ige following a cross by Ian Xuereb ended wide.  Two mnuets later the Wanderers went very close to double the score but a strike by Ajibade Adesina following a pass by Ryan Grech was stopped by the crossbar.  As time passed by Gharb started to gain composure and ended up the first half on the attack.  On 32 minutes the Rangers protested for a penalty when Marcelo Barbosa ended on the floor in the area in an attempt to reach the ball and on 37 minutes Victoria’s goalie Giacomo Ratto made two decisive consecutive saves following a header by Marcelo Barbosa and a close ranged shot by the same Barbosa from the same action the ball arrived to an unmarked Josef Portelli who fired the ball over the crossbar.  The same Portelli had another attempt in the second minute of stoppage time before half time but goalie Giacomo Ratto was well placed and neutralised the danger.

Gharb increased their efforts after the break and as time passed by they started to produce more pressure on Victoria’s rear guard.  Om 54 minutes a free kick by Marcelo Barbosa ended high and on the hour mark the Wanderers replied with a shot by Ajibade Adesina after receiving from Abdullahi Ige that ended away from Gharb’s goal.  Gharb were again dangerous on 74 minutes through a curling shot by Marcelo Barbosa following a corner action that ended wide and on 76 minutes Victoria’s Abdullahi Ige headed a cross by Ajibade Adesina when the goalkeeper was out of his position by Gharb’s defence recovered and cleared the ball from the goalmouth.  Less than a minute later Gharb’s Christian Attard produced a good personal action but his low cross passed in front of Victoria’s goal without finding anyone of his colleagues to connect for the tap-in.  On 80 minutes the wanderers once again threatened Gharb’s defence but a f=header by Jesus Guerrero from a free kick by Ian Xuereb ended wide,  Gharb kept insisting during eh remaining minutes but they failed to create serious danger towards Victoria’s goal.  On 89 minutes they protested for a penalty when Victoria created with some difficulty a free kick from long distance by Michael Bezzina so that the score remained unchanged. 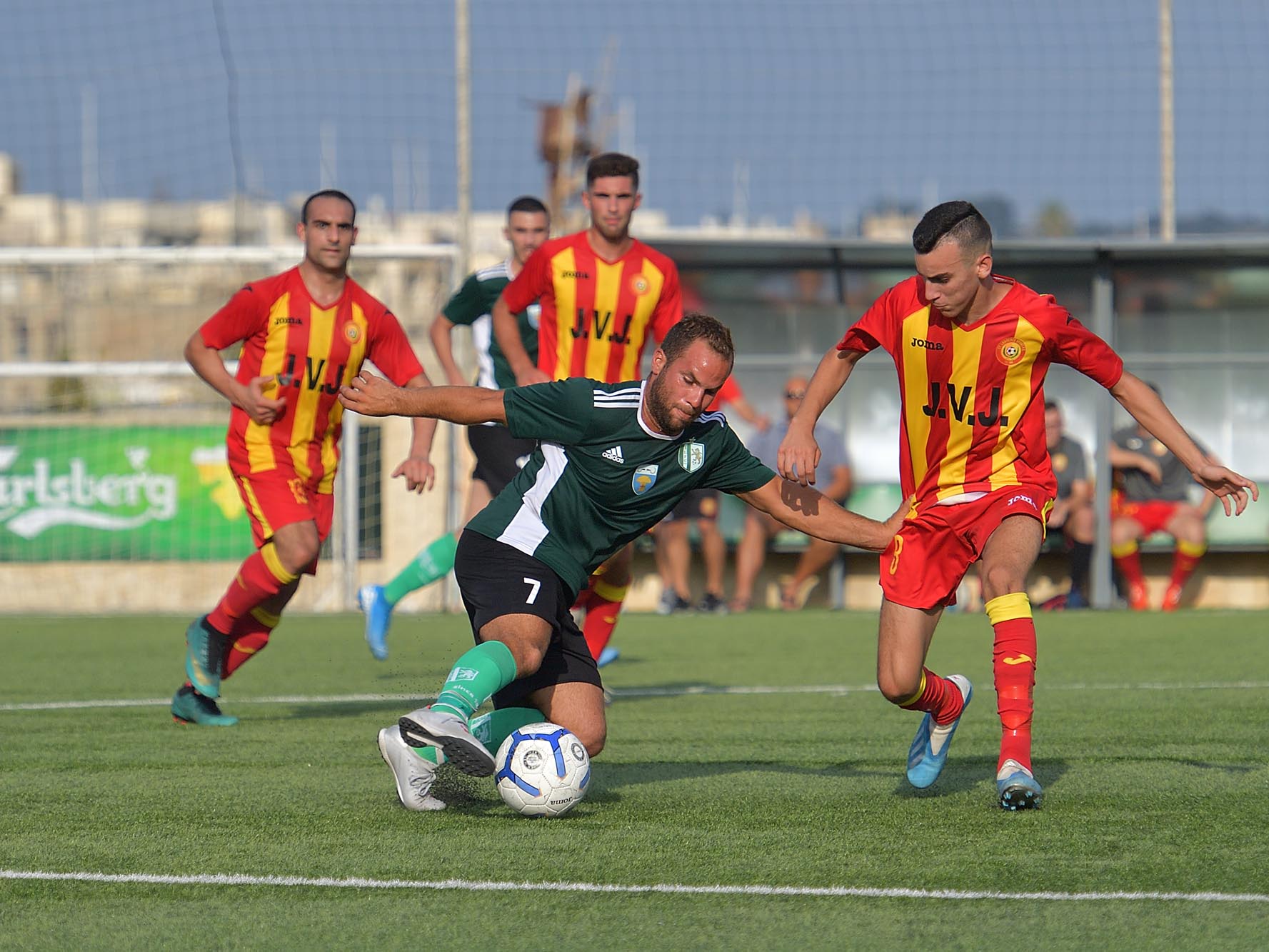 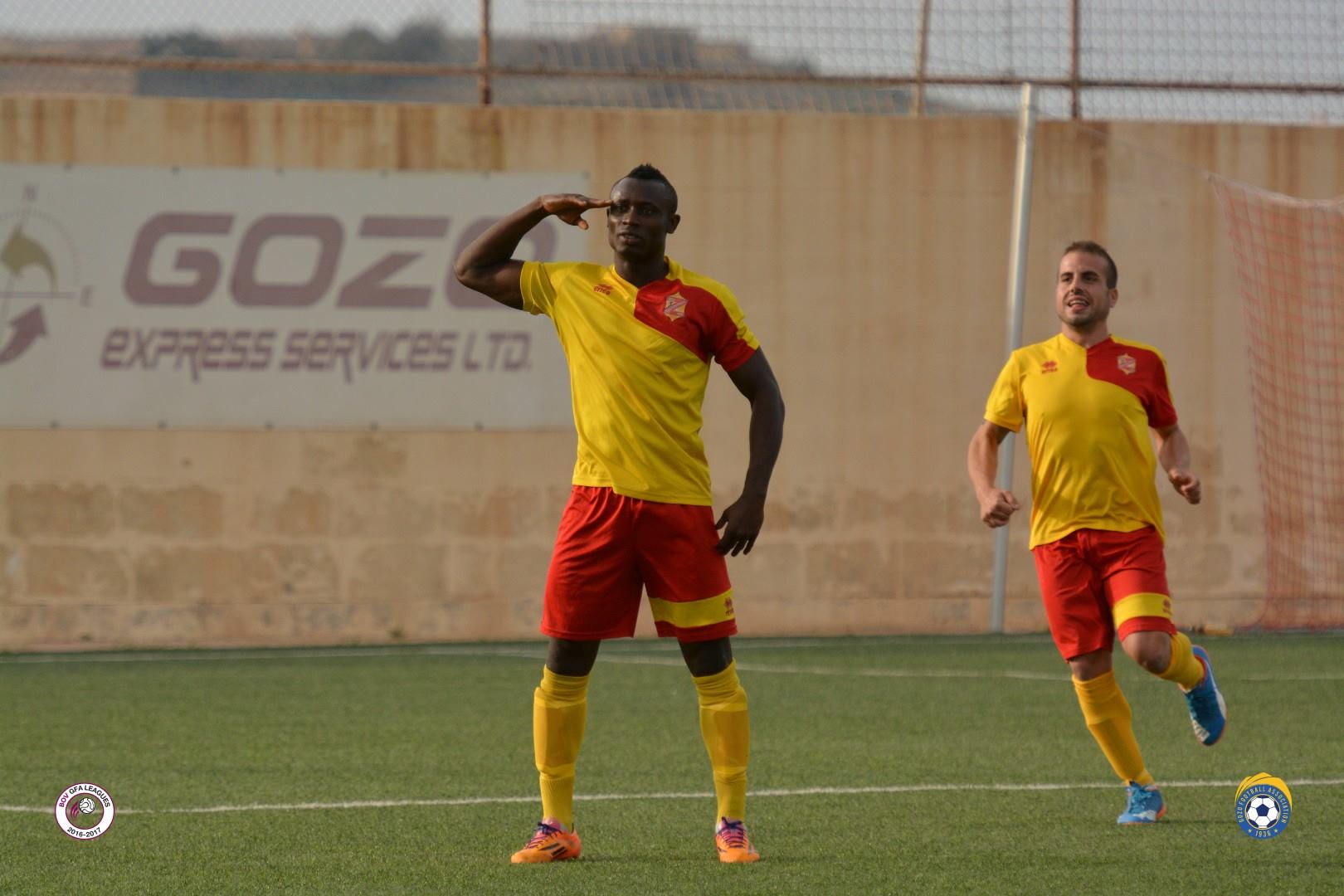 St Lawrence End the First round on a Positive Note 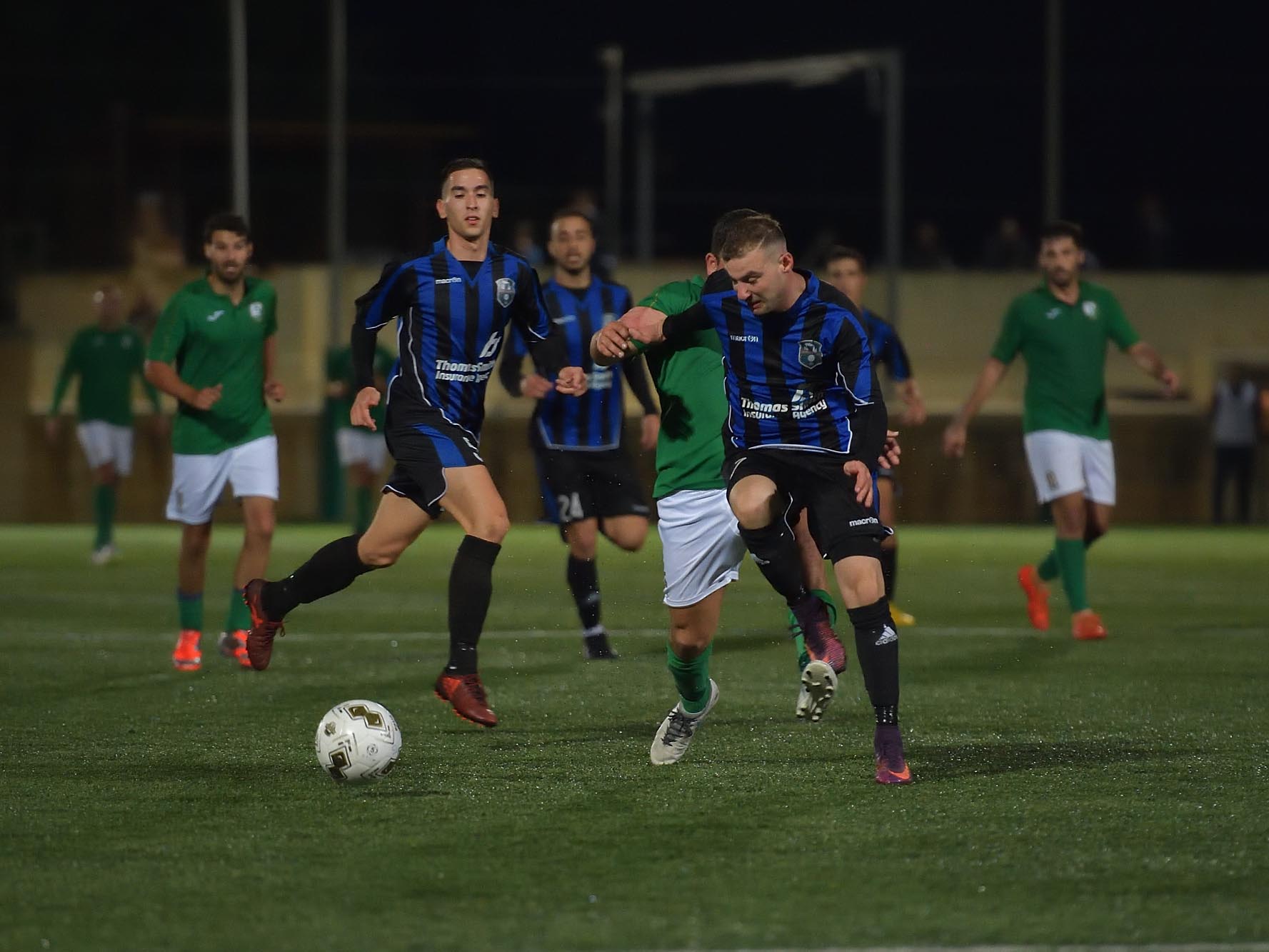 Xaghra reach the quarter finals with a deserved win