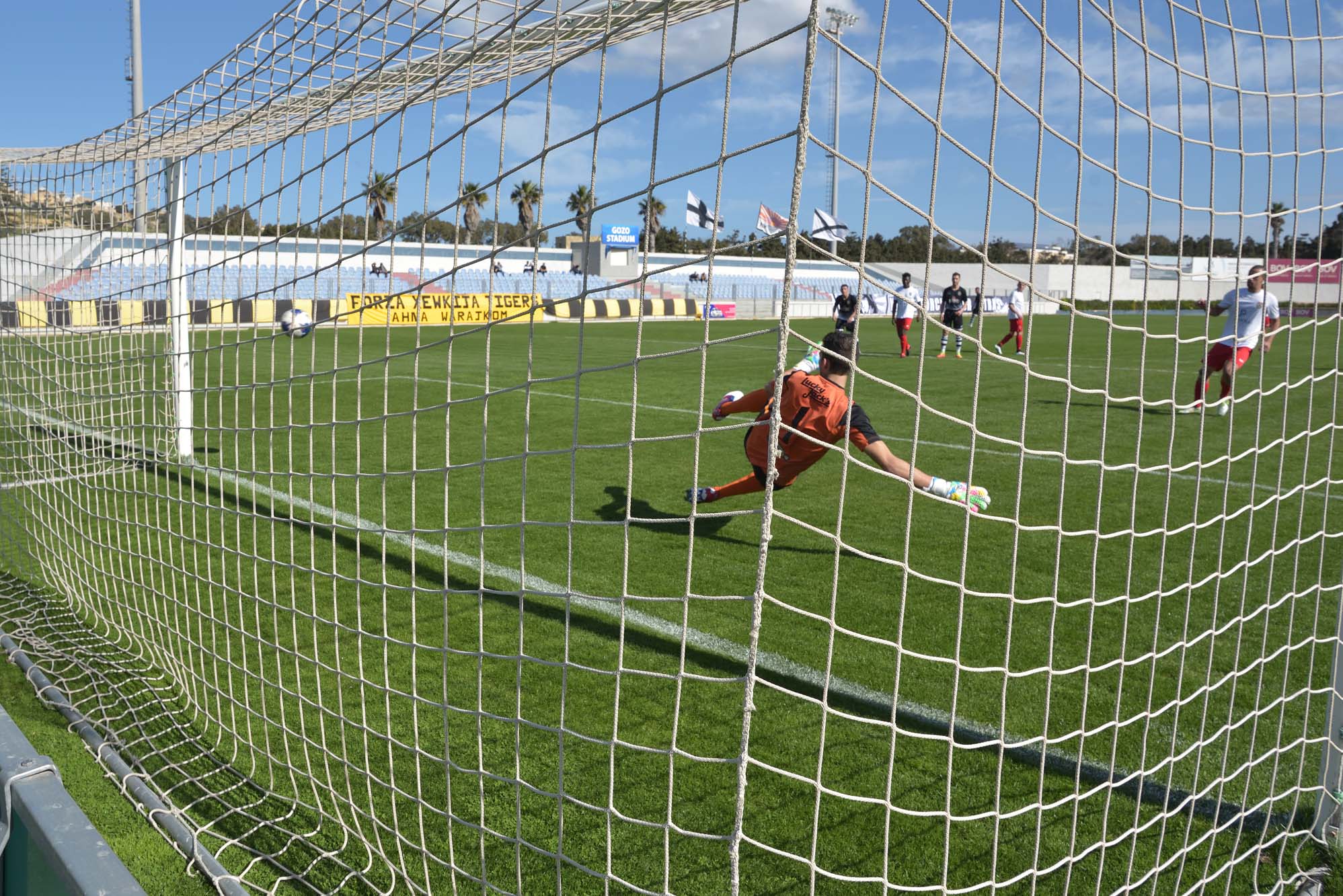 Nadur Youngsters obtained a 5-3 win in their match against Oratory Youths and with the points obtained they consolidated their second spot on the table.  Nadur seemed determined to make up for the defeat conceded in their previous match and continued to produce offensive play despite the fact that Oratory were in contention for a positive result for most of the encounter.  In this match the two defensive departments showed some limitations that were actually capitalised by the respective strikers.  As a result the match was well contested and the outcome was determined with two goals scored by Nadur in the final stages of the encounter.

In the second minute of play Nadur’s Stanimir Miloskovic had a shot from a good position that ended wide.  The Youngsters opened the score on 9 minutes through a header form close distance by Stanimir Miloskovic following a cross by Josef Buttigieg.  Oratory had an immediate reaction and one minute later they levelled the score through a low shot by Ralph Ebube Okpokwu after releasing himself from his direct opponent inside Nadur’s area.  On 12 minutes Oratory turned the result in their favour when Ralph Ebube Okpokwu received the ball inside Nadur’s area turned around Nadur’s keeper and placed easily into an open goal.  Nadur seemed shocked and their reply arrived on 22 minutes through an attempt by Darko Krstic that ended wide.  Nadur went again close to scoring in the first minute of stoppage time before half time but another attempt by Darko Krstic missed the target.

In the second minute of play of the second period Oratory’s keeper Richard Sammut saved with some difficulty to a corner a low shot by Darko Krstic.  Nadur levelled the score one minute later through a tap-in by Stanimir Miloskovic after receiving from Saviour Attard.  Nadur took command of play and on 50 minutes they regained the lead when the referee awarded a penalty for a foul by Manuel Buttigieg on Stanimir Miloskovic and the latter converted from the spot kick.  Oratory replied on 62 minutes through a shot from a good position by Ralph Ebube Okpokwu that ended wide.  In the following action Nadur operated a counter break but Oratory’s Aleandro Bezzina risked to commit an own goal to clear the ball to a corner in time to deny Darko Krstic from concluding in goal from close distance following a cross by Shaun Attard.  On 65 minutes Oratory’s keeper Richard Sammut blocked an effort from close distance by Stanimir Miloskovic and form the short clearance by the defence Darko Krstic saw his lob ending on the roof of the net.  One minute later Oratory levelled the score when Ralph Ebube Okpoku entered Nadur’s territory, entered the area and netted with a low shot as the goalkeeper left his position in an attempt to block the danger.  Nadur had an immediate reaction and on 69 minutes they regained the lead through Darko Krstic who turned around his direct opponents onside Oratory’s area after receiving from Stanimir Miloskovic and the former placed easily in goal.  The Youths tried to put all their efforts in an attempt to save the result but Nadur managed to keep the danger away from their area and continued to create offensive play particularly with counter breaks.  On 85 minutes Nadur’s Darko Krstic incredibly concluded high when he was alone within Oratory’s territory following a personal action.  However, two minutes later Darko Krstic sealed the victory for the Youngsters by scoring the fifth goal with a low shot from close distance after receiving from Stefan Cassar. 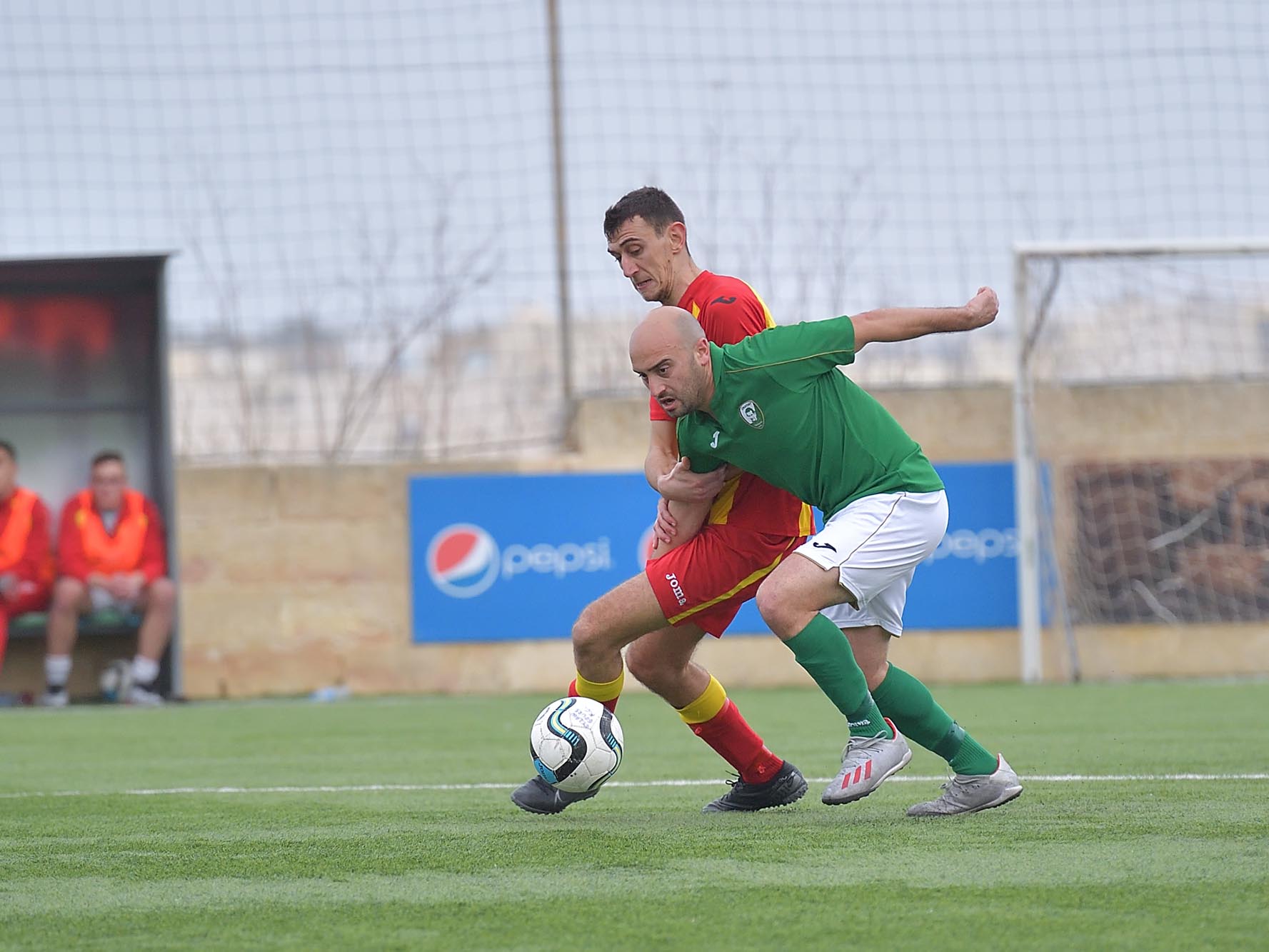 Oratory Youths held to a draw 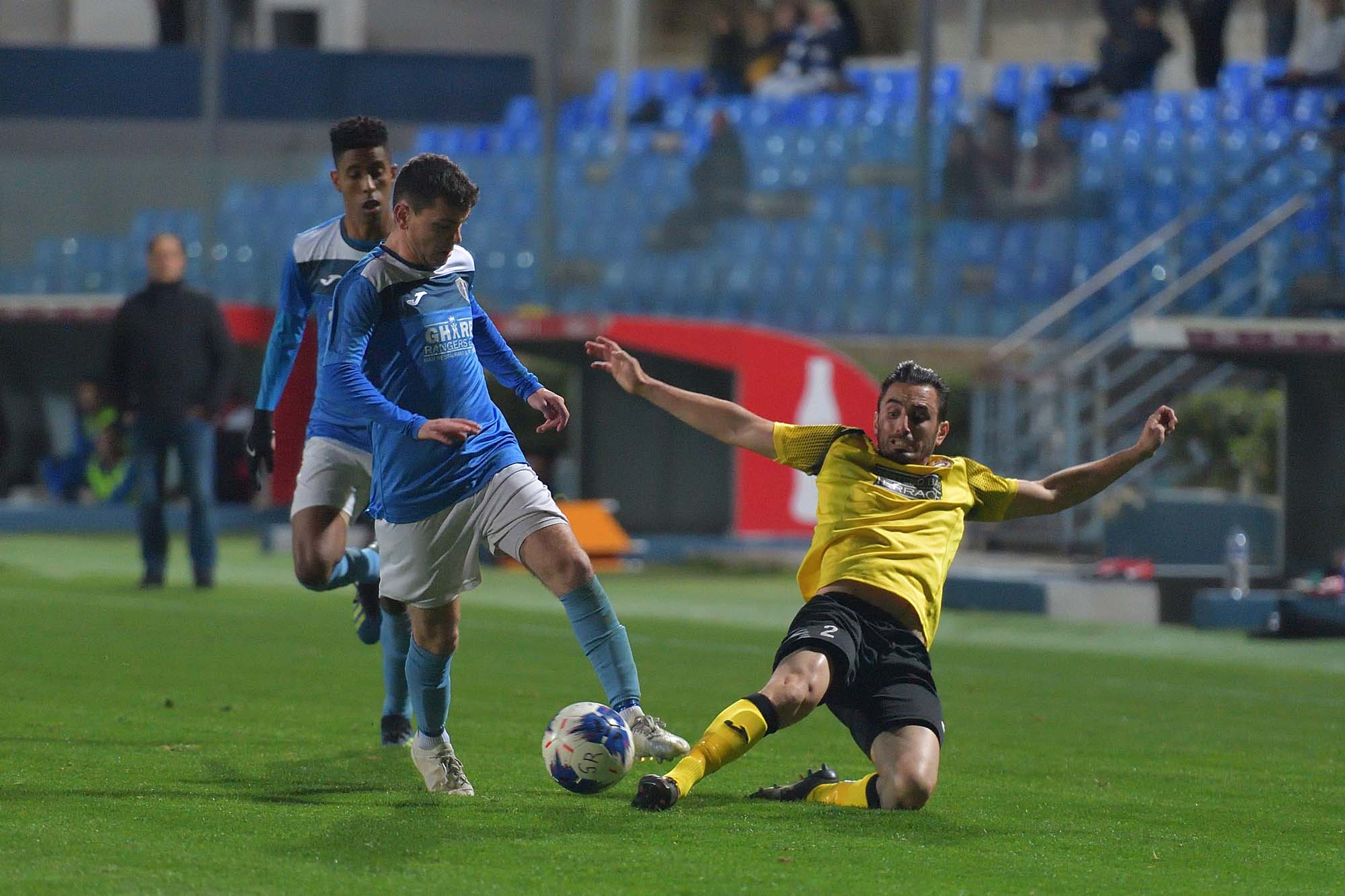