Victoria Hotspurs bounce back with a win in the derby 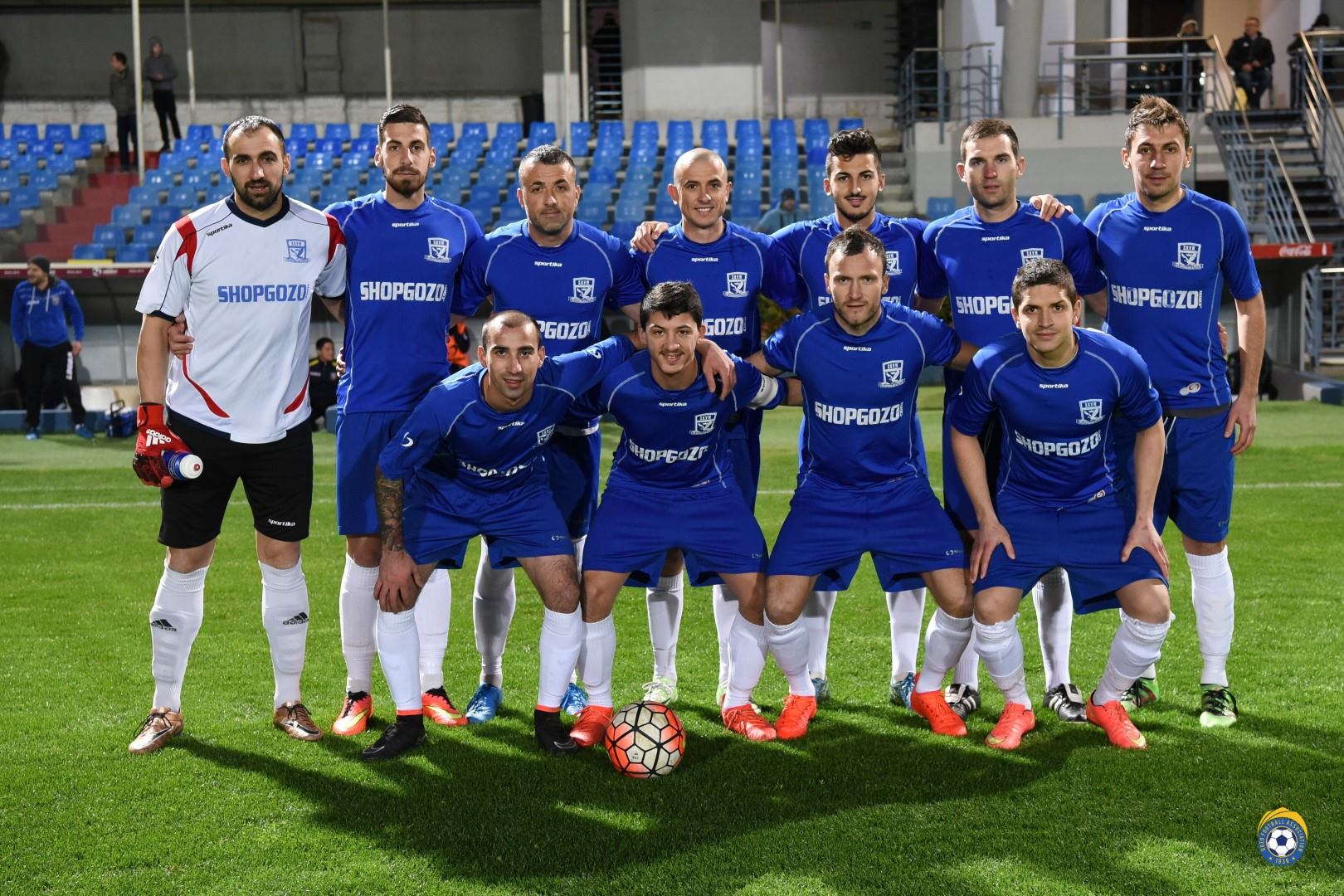 Victoria Hotspurs recovered from the unexpected defeat conceded in their previous match of the championship and registered their 17th win in their derby match against SK Victoria Wanderers.  The Hotspurs were determined to regain their run of positive results and earned the victory over the Wanderers with two goals scored in each half.  With this result the Wanderers remain in serious relegation trouble since they cannot improve their seventh place on the table in the remaining matches of the championship.  In this match Victoria Hotspurs had Chris Camilleri who was making a return in the starting line up after a long period when he was not utilised for play due to an injury.  This was also Camilleri’s 600th competitive match in his career that was also crowned with an important goal scored during the first half.

As expected the Hotspurs came out more aggressive and in the eighth minute of play a shot by Chris Camilleri was blocked with some difficulty by the Wanderers keeper Giacomo Ratto.  In the following action the same goalkeeper left his position in time to clear the ball from the edge of the area before Emiliano Lattes could arrive on the ball to conclude towards goal.  The Hotspurs opened the score on 11 minutes when Galder Dwomoh Lombas prolonged a cross by Elton Da Silva inside the Wanderers area and Emiliano Lattes came from behind and netted with a first timer.  The Wanderers had an immediate reaction and one minute later they levelled the score when Abdullahi Ige released Aaron Touarha inside the area and netted with a fine shot.  The Hotspurs regained command of play but they found it difficult to create good scoring opportunities. On the other hand the Wanderers gained some confidence and on 28 minutes they operated a good move through Abdullahi Ige but his shot towards goal ended wide.  On 31 minutes the Hotspurs replied through an attempt by Elton Da Silva that ended high.  On 34 minutes the Hotspurs regained their lead through a shot on the run by Chris Camilleri following a cross by Jason Pace.

The Hotspurs practically made sure of the victory when they scored the third goal in the second minute of play of the second period through a close ranged header by Galder Dwomoh Lombas following a cross by Christian Mercieca.  The Wanderers tried to produce a reaction and on 49 minutes a free kick by Abdullahi Ige was neutralised by goalie Adrian Parnis.  Three minutes later the Hotspurs operated a fine move through Elton Da Silva who unmarked Christian Mercieca but the latter had his shot that ended high.  On 54 minute the Wanderers had a good opportunity to re-open the issue but Ajibade Adesina’s shot after receiving from Abdullahi Ige ended high.  On 61 minutes the Wanderers could have concluded better but Jesus Guerrero’s shot was easily saved by goalie Adrian Parnis.  The Hotspurs sealed the victory on 69 minutes through a tap-in by Galder Dwomoh Lombas following a move inside the area by Emiliano Lattes.  The same Lattes had a good shot on 75 minutes that ended wide and on 81 minutes the Hotspurs went again close to scoring but a cross shot by Chris Camilleri was saved with difficulty by goalie Giacomo Ratto.  The Hotspurs had their last opportunity to add another goal on 90 minutes but a shot from long distance by substitute James Tabone ended just wide.

Sannat ease past Xaghra and reach the KO final 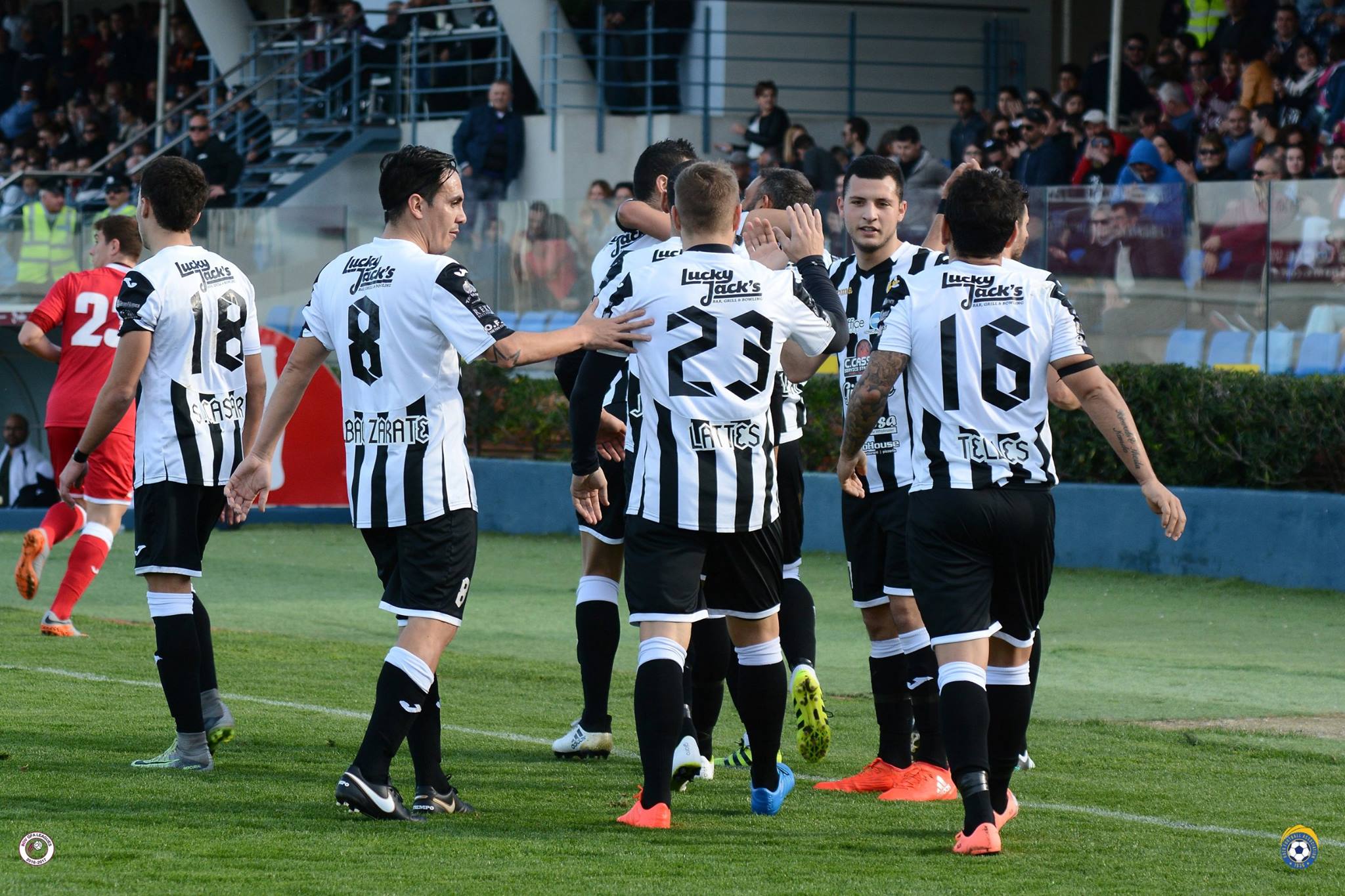 Ghajnsielem Remain in Title Race with a Convincing Win