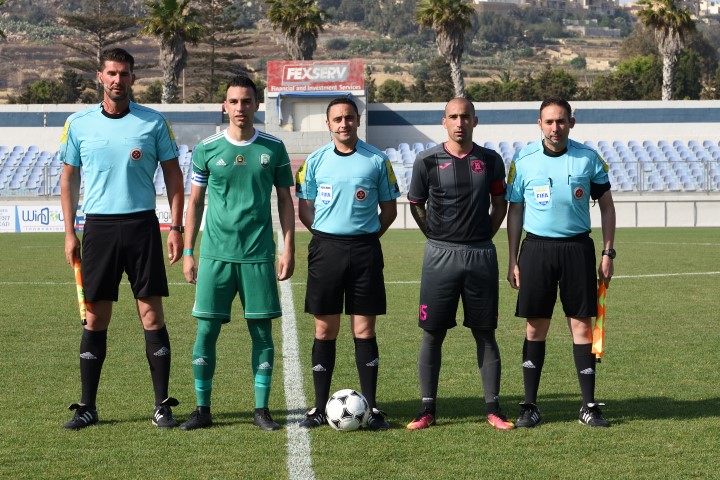 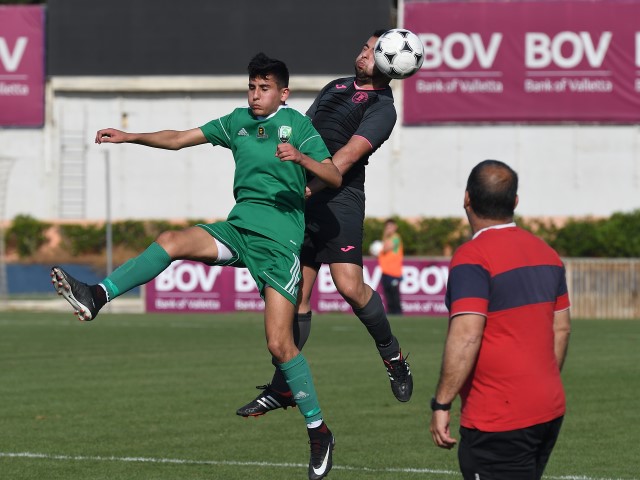 In the first semi final of the BOV GFA Cup holders Ghajnsielem and Oratory Youths produced an entertaining match that turned out into a nine-goal thriller that was only decided in extra time.  The two sides had the motivation to obtain qualification to the second most important honour in Gozitan football as the Blacks were aiming to defend the trophy won by defeating the same Oratory in the final at the end of the last season, and also to extend their positive run in the last part of the championship where they came out of the relegation zone at a crucial moment and ended up in the fourth place on the final standings.  On the other hand the Youths were seeking to make for the disappointment that they were relegated to the lower category with a defeat conceded the previous weekend in their last match of the championship. The Youths seemed heading towards qualification as they scored three early goals and regained the lead with a fourth goal that arrived minutes after Ghajnsielem’s equalizer. However, the Blacks saved the result before the end of regular time and dictated matter during extra time so that they won the right to play in the final.  This will be Ghajnsielem’s third final this season as they already contested the Super Cup at the beginning of the season and the Knock Out competition, but they are still chasing the first honour as they concede defeats in the previous two at the expense of Xewkija Tigers and Victoria Hotspurs respectively.

Oratory opened the score in the third minute of play through a header by Secke Mbacke following a corner kick by Johann Attard and on 10 minutes the Youths doubled the score with a strike by Joshua Buttigieg after receiving from Botshelo Gibson Mfulwane.  Ghajnsielem seemed shocked and on 14 minutes Oratory scored their third goal with a low shot by Raph Ebube Okpokwu who entered the area with a personal action.  Ghajnsielem recovered from the difficult start and on 22 minutes Oratory’s Aleandro Bezzina cleared the ball from the goalmouth following a melee from a corner kick by Alberto Xuereb.  The Blacks scored their first goal on 24 minutes through a close ranged shot by Joseph George Vella following a low cross by Kurt Grima.  On 34 minutes Ghajnsielem’s Luis Andre De Melo Lima entered Oratory’s area with a personal action on the right flank but his attempt was well blocked to a corner by goalie Courtney Mercieca.  The same goalkeeper was well placed on 44 minutes to save with difficulty a half volley by Joseph George Vella. One minute later the same Ghajnsielem striker could have reduced the score but his shot from close distance was stopped by the post and form the rebound Luis Andre De Melo Lima hot badly and goalie Courtney Mercieca saved the danger.

Ghajnsielem leveled the sore with two quick goals scored during the opening minutes of the second period.  On 47 minutes a shot by Joseph George Vella was blocked by the defense and the same Vella took the ball from the rebound, passed to Luis Andre De Melo Lima who fired in goal from close distance.  One minute later Ghajnsielem’s Luis Andre De Melo Lima took the ball from Oratory’s defense and the Brazilian striker lobbed easily onto an open goal.  The match became much more interesting as the two sides were aiming to take the lead. On 72 minutes Ghajnsielem had a good scoring opportunity but a shot by Damon Hili ended high.  Oratory regained the lead on 79 minutes when Ghajnsielem’s rearguard failed to clear a corner kick by Johann Attard and Botshelo Gibson Mfulwane netted from close distance.  Two minutes later the Youths were again dangerous but a cross shot by Johann Attard ended on he roof of the net.  On 82 minutes a shot by Ralph Ebube Okpokwu following a corner action ended away from Ghajnsielem’s goal and in another action by Oratory on 84 minutes Ghajnsielem replied with a corner kick by Joseph George Vella but Alberto Xuereb had his shot that ended just over the crossbar.  Ghajnsielem leveled the score on 86 minutes when Joseph George Vella had a low pass from the left flank that arrived to Luis Andre De Melo Lima who guided the ball in goal.  During the remaining minutes of regular time the two sides tried not to compromise their possibility for qualification and therefore the score remained unchanged and the match had to go into extra time.

Ghajnsielem scored the goal that actually decided the semi final in the fifth minute of play of the first period of extra time when Ali Oularbi entered Oratory’s area with a personal action and form his inviting low pass Luis Andre De Melo Lima pushed the ball in goal, and scored his fourth personal goalie the match.  On 103 minutes Ghajnsielem could have added another goal whe they were awarded a penalty for a foul by Oratory’s goalie Courtney Mercieca on Luis Andre De Melo Lima, but the same Brazilian striker had his shot from the spot kick that ended high.  Oratory kept insisting in an attempt o level the score and on 114 a good shot by Johann Attard was deflected to a corner by Oratory’s defense. One minute later Ghajnsielem’s substitute Daniel Atzori had a shot from a good position that ended on the side of the net and Oratory’s last opportunity to level the score arrived on 118 minutes but an effort by substitute Charles Mercieca ended wide. 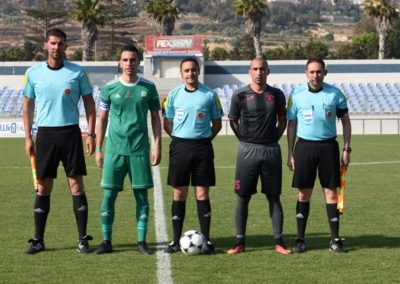 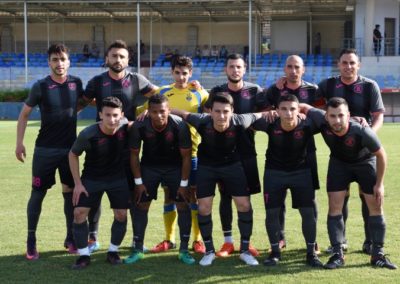 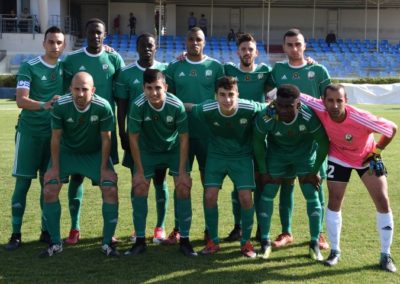 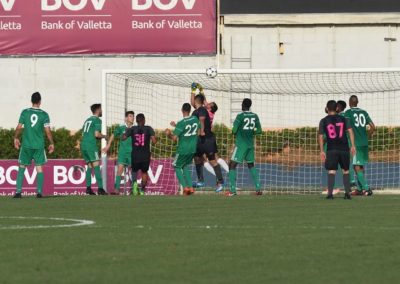 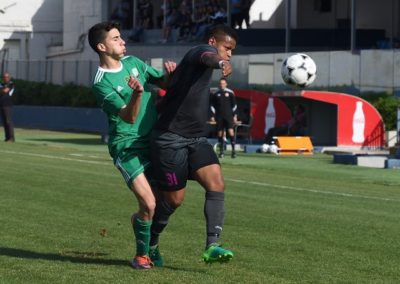 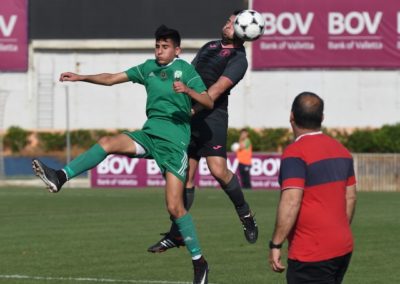 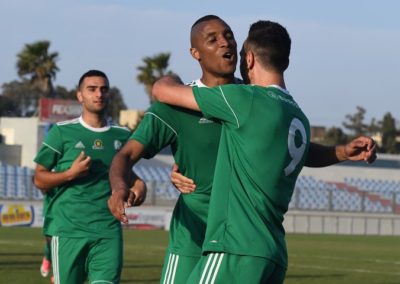 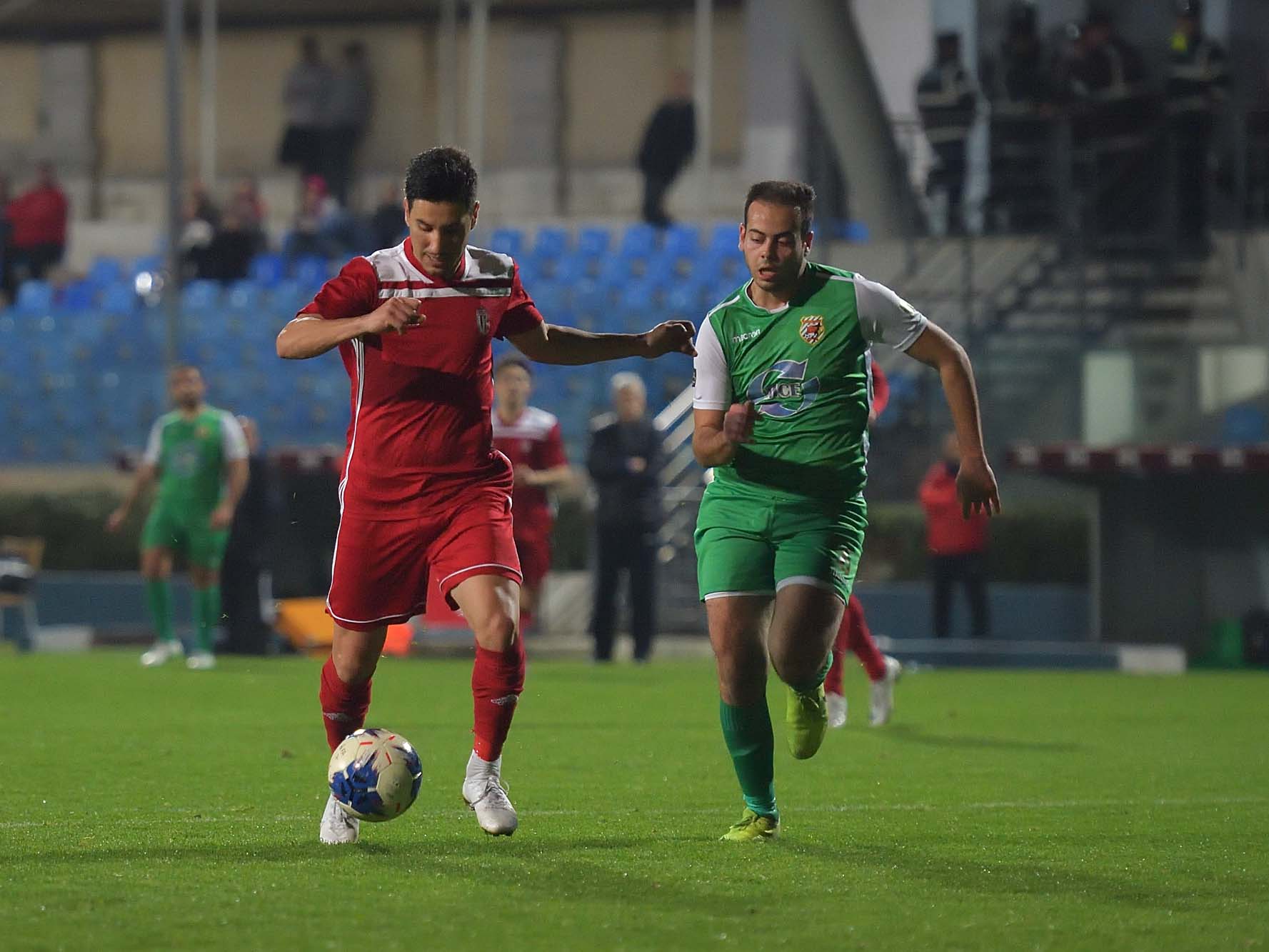 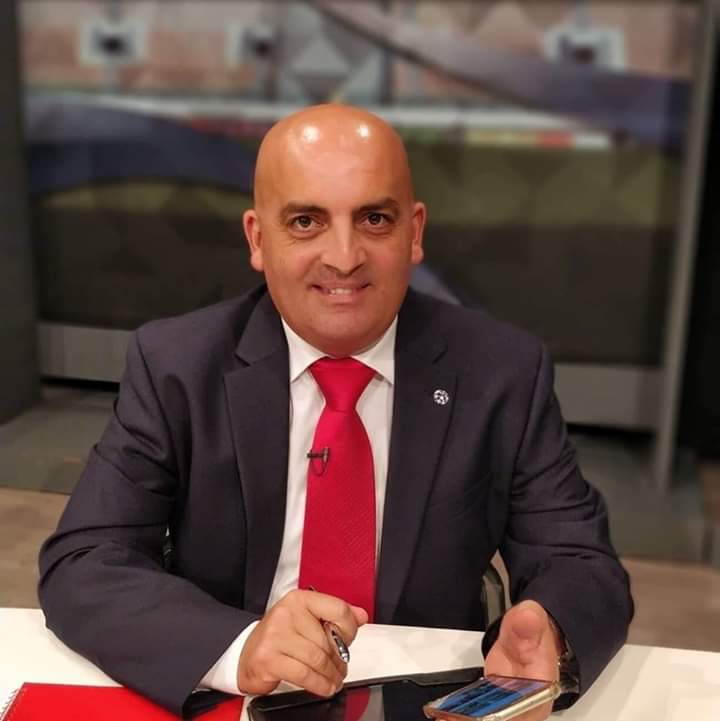 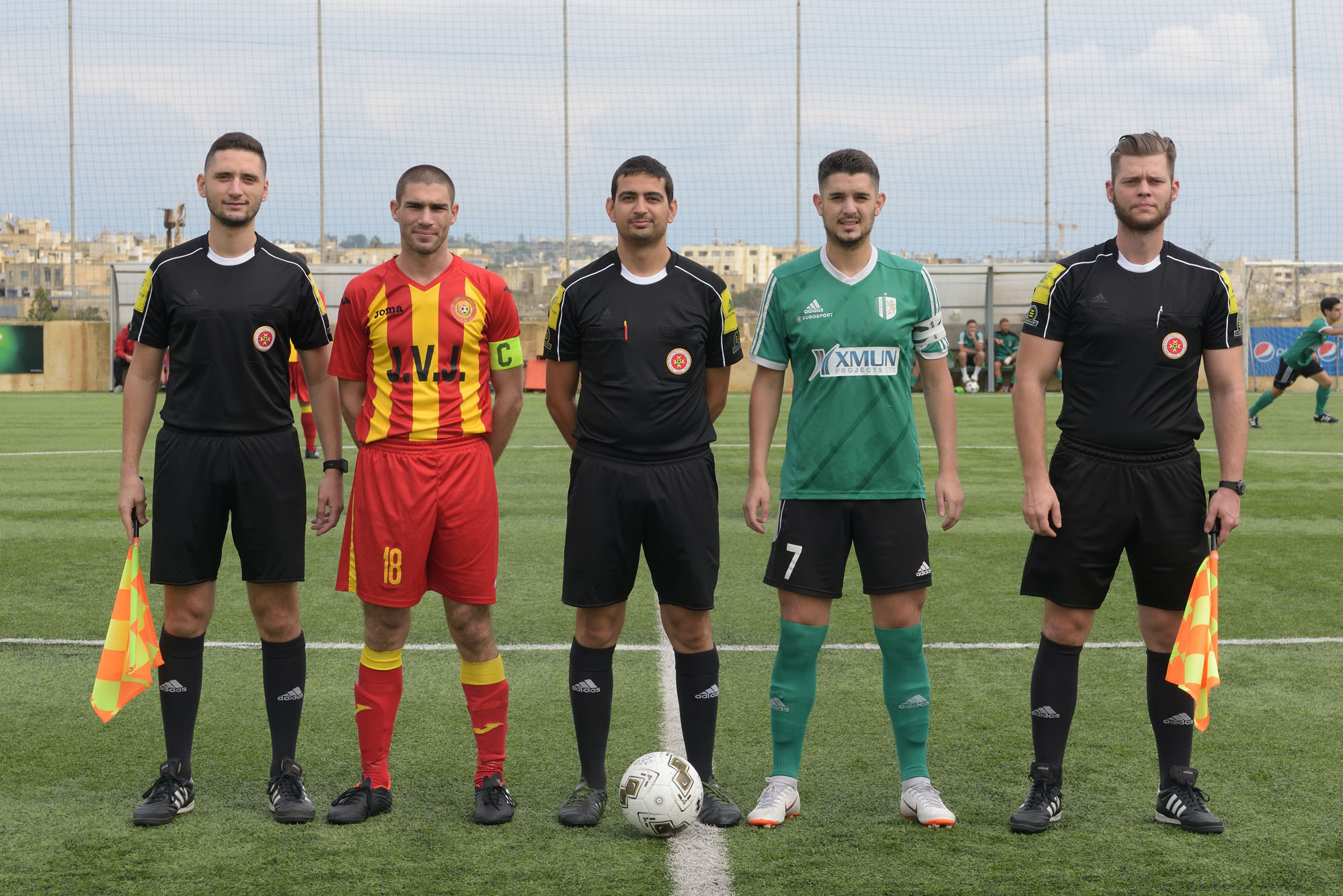