Munxar Falcons earned the three points they needed from their penultimate match of the campaign against St Lawrence Spurs so that they regained sole leadership and they need just one point form the last match of the league against contenders for the main honour and for promotion Sannat Lions.  With this result Sannat will need the victory from their match against Munxar and therefore the last match of the campaign will be a typical cup tie to determine the champions of the category and the promotion. The match between Munxar and St Lawrence turned out into an interesting encounter where Munxar only managed to clinch the full points at stake with two goals that arrived in the last part of the encounter.

Munxar came out more aggressive and in the seventh minute of play they went close to scoring when Jordi Parnis released Micahel Mattias Uzor but the latter had his shot form an angled position that ended just wide.  Two minutes later Munxar opened the score through an excellent strike by Christian Bugeja, following a short clearance by the defence, which surprised goalie Luke Buttigieg.  Munxar tried to maintain pressure on St Lawrence’s rear guard and on 10 minutes goalie Luke Buttigieg made a good intervention to block an effort by Michael Mattias Uzor.  The Spurs replied on 29 minutes through a shot form long distance by Shaun Mizzi that ended inches wide and five minutes later Denis di Maio had an attempt from outside the area that ended just over Munxar’s crossbar.  St Lawrence levelled the score on 39 minutes when Denis Di Maio released Kenny Hili who placed in goal with a low drive as the goalkeeper left his position in an attempt to block the danger.  Munxar tried to regain the lead with an immediate reaction but one minute later a shot from an angled position by Michael Mattias Uzor, when the goalkeeper was out of his position, ended wide.

St Lawrence could have turned the result in their favour on 47 minutes when Charlon Tabone released Denis Di Maio inside Munxar’s area but goalie Lorjean Xuereb had excellent timing and blocked the danger.  Three minutes later the same Di Maio concluded badly when he was alone in the area. Munxar replied on 65 minutes when Jordi Parnis concluded towards foal after avoiding the goalkeeper but defender Daniel Micallef recovered his position and cleared the ball from the goalmouth. Five minutes later a header by Munxar’s Joseph Grima following a corner kick by Jordi Parnis ended high.  Munxar kept insisting and on 72 minutes the same goalkeeper saved with difficulty a direct free kick by Jordi Parnis. St Lawrence’s keeper continued to be the protagonist for his side and on 79 minutes he kept his side in contention for a positive result when he blocked in time an effort by Joseph Grima who was alone in the area. Munxar however took their second lead when a cross by substitute Ryan Meilak was followed by Michael Mattias Uzor who headed in a goal from close distance.  St Lawrence were demoralised and Munxar took full advantage to administer their lead and also sealed the victory with a third goal that arrived on 87 minutes through a low drive from an angled position by Jordi Parnis after receiving from Michael Mattias Uzor. 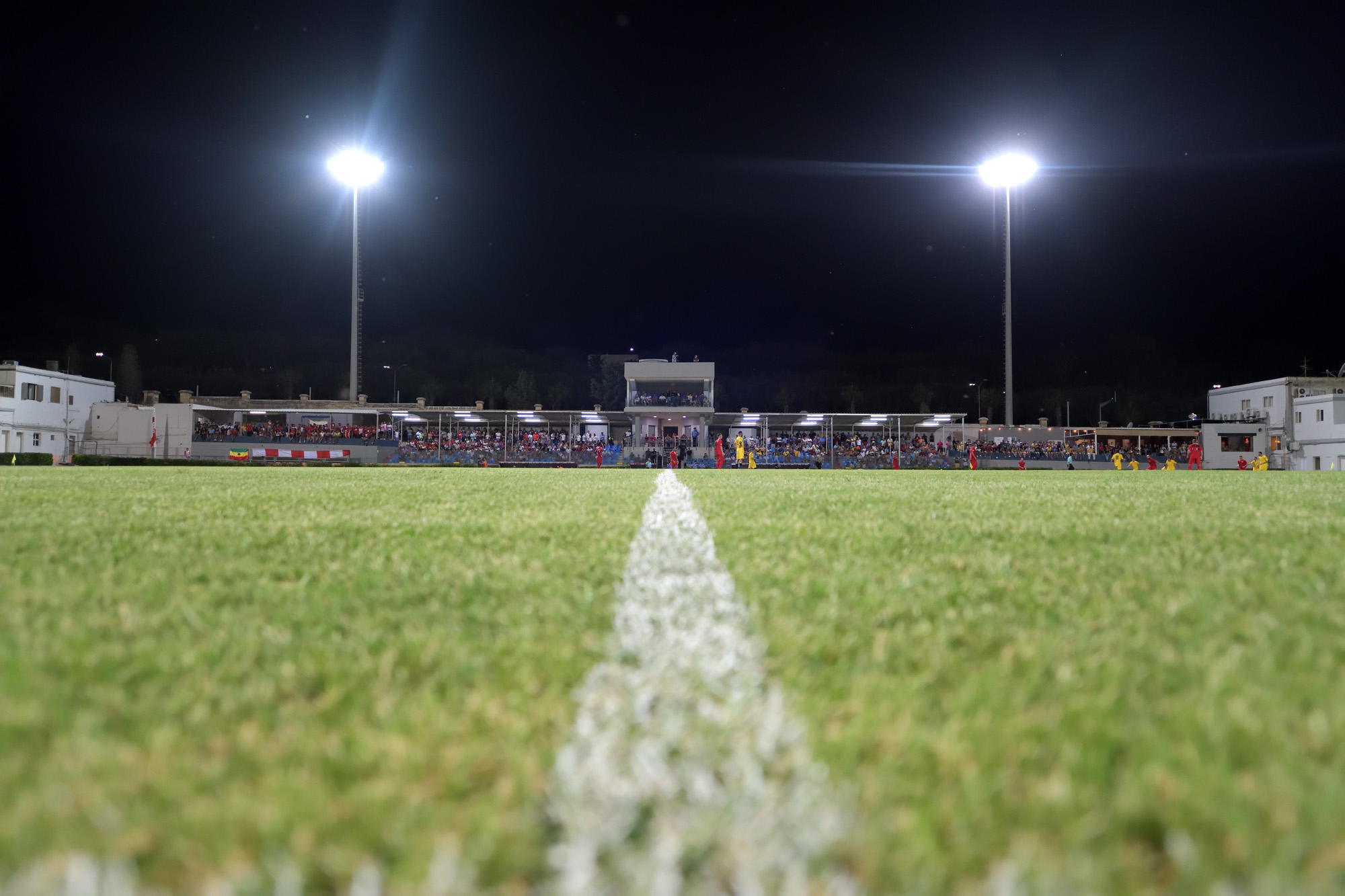 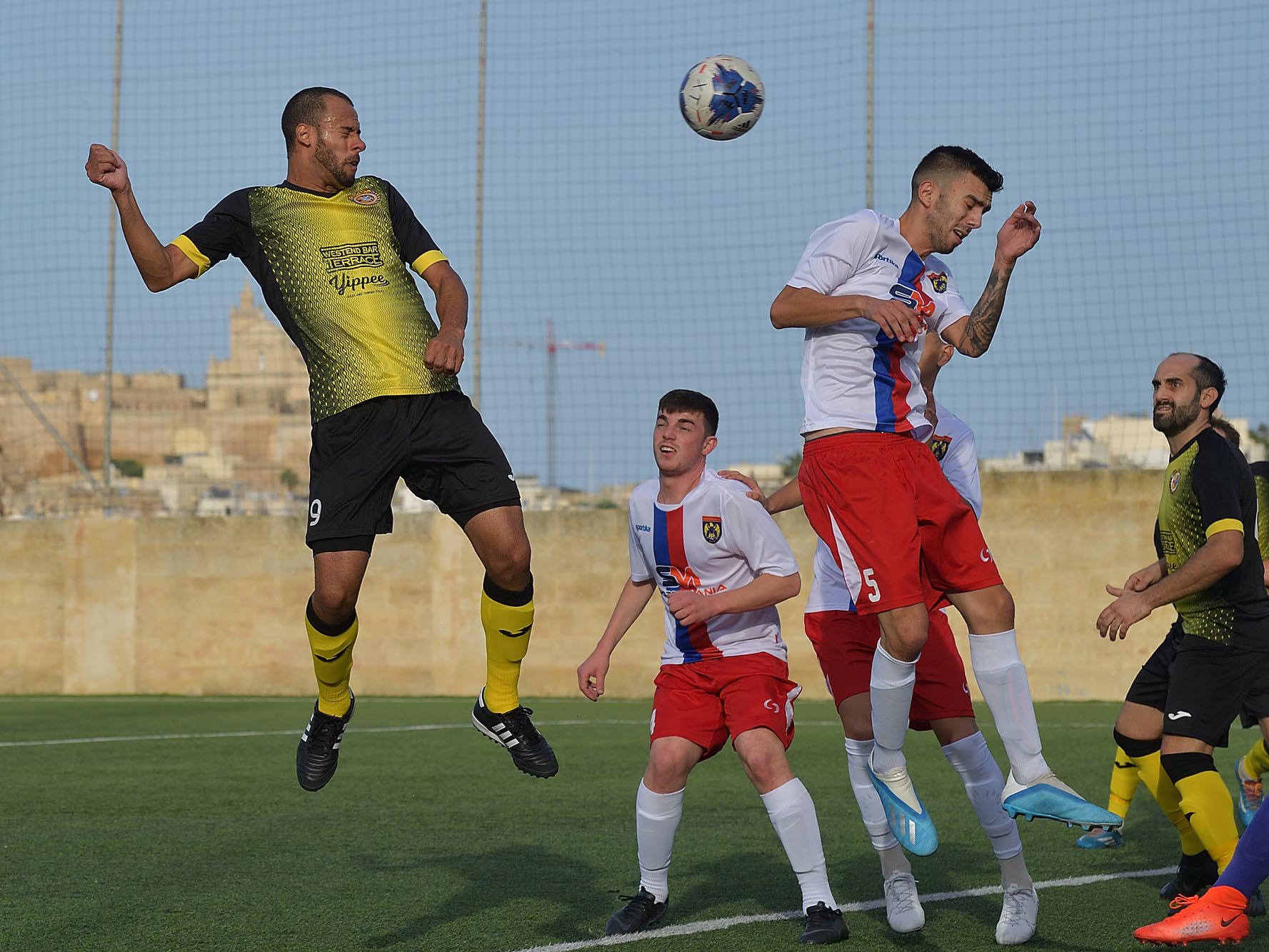 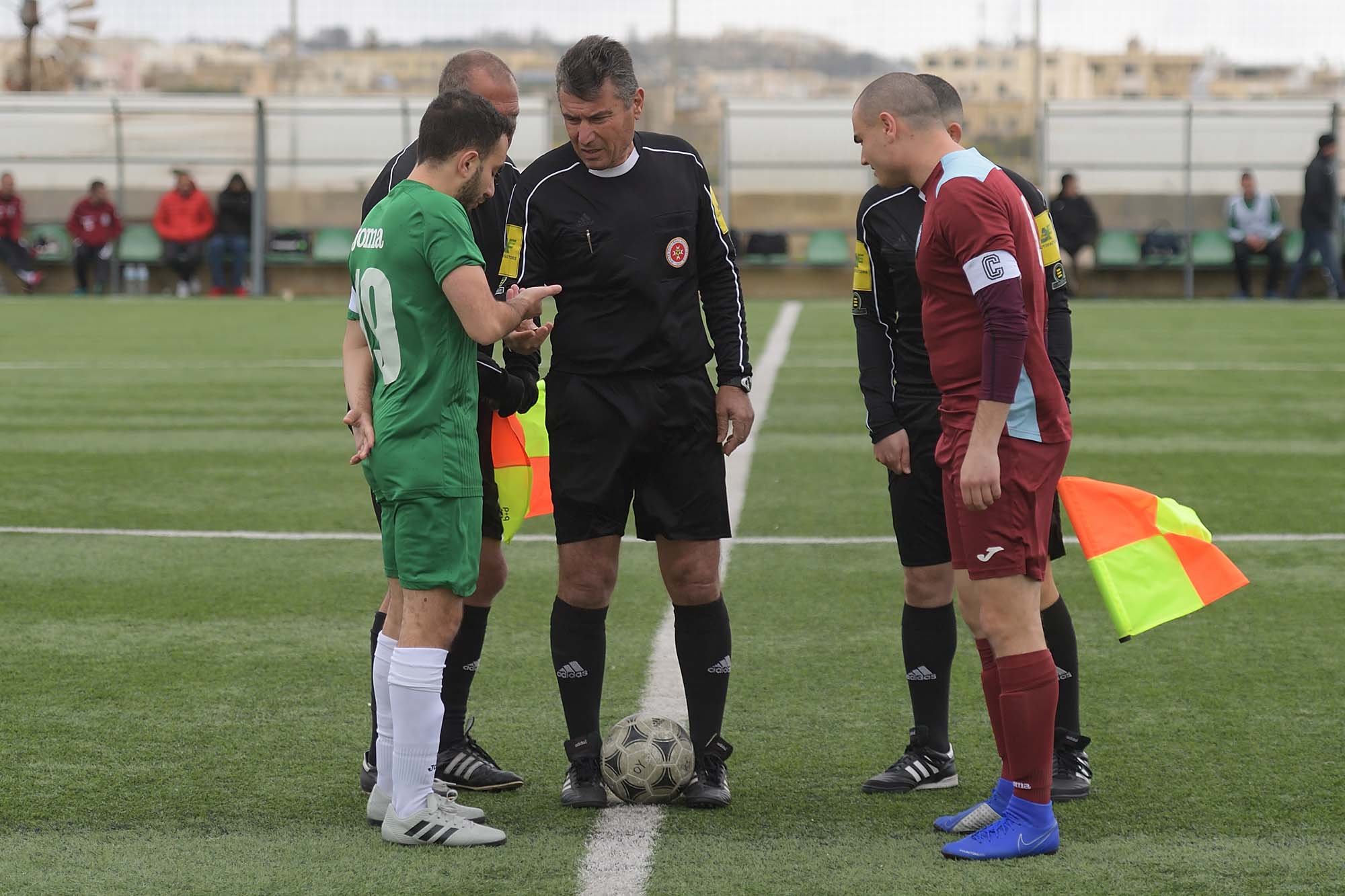