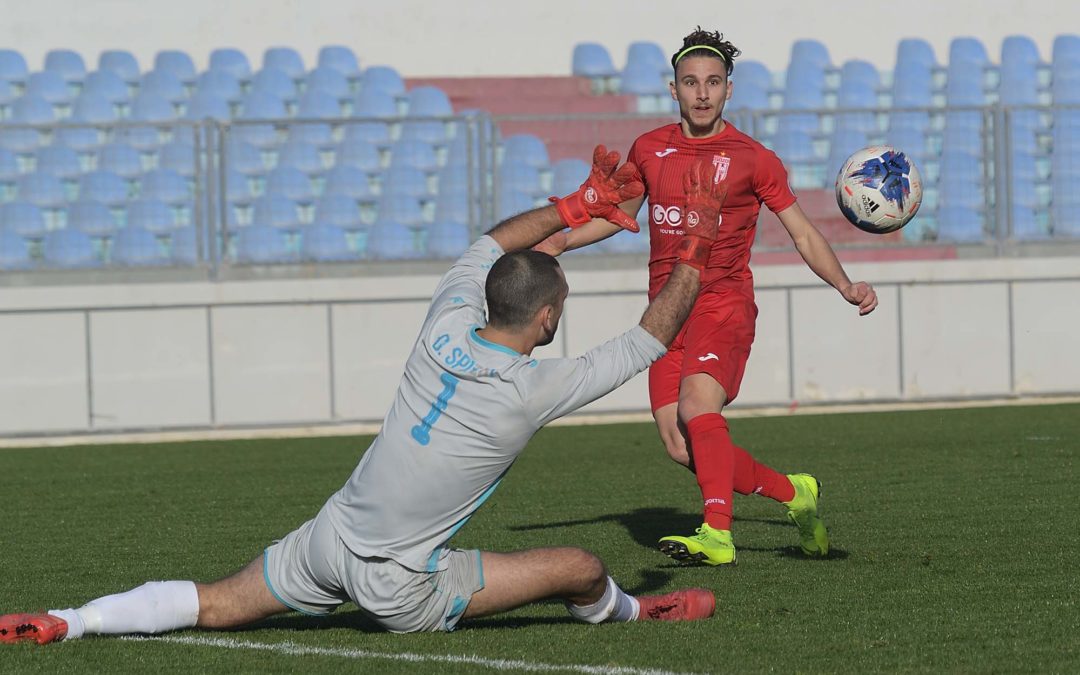 Leaders Victoria Hotspurs registered a 3-1 win in their match against Gharb Rangers and with the points obtained their extended their gap from their closest rivals to seven points.  The Hotspurs repeated the same score registered in the match between the two sides of the first round but in this encounter the win was hard-earned as Gharb remained in contention to obtain at least a draw form this match until the dying moments.  The Hotspurs dictated matters for long stretches but found it extremely difficult to hold full control of the match. The reigning champions opened a two goal lead with goals scored during the opening minutes of the second period but Gharb had a good reaction and re-opened the issue so that the outcome of this encounter remained in contention until the Citizens scored the third goal that arrived seconds from the final whistle.

In the fifth minute of play the Hotspurs went very close to open the score but an effort by Daniel Sowatey from a free kick by Elton Da Silva was neutralised by goalie Daniel Spiteri.  Minutes later Victoria’s Henrique Maciel headed badly from a good position following a cross by Jason Pace and the ball ended wide. On 12 minutes a shot by Jonathan Bajada just missed Gharb’s goal and one minute later a goal by Elton Da Silva was disallowed for an offside infringement.  As time passed by Gharb started to share play with their opponents in the midfield but they did not manage to create serious danger towards Victoria’s goal. On 31 minutes the Hotspurs had another goal by Henrique Maciel that was disallowed for an offside infringement and one minute later the Hotspurs could have concluded better but Henrique Maciel had a lob, following a through pass by Elton da Silva, that was weak and the goalkeeper saved the danger.  On 37 minutes an attempt by Elton Da Silva following a free kick by Emiliano lattes was blocked by the defence and form the rebound Henrique Maciel’s first timer ended high. Victoria’s Da Silva had a good shot on 44 minutes that missed the target and in the fourth minute of stoppage time before half time Gharb had their best opportunity to threaten Victoria’s goal but a free kick by Hugo Santa Rosa Cruz ended over the crossbar.

The Hotspurs had an excellent start in the second period and opened the score on 47 minutes through a low shot by Elton Da Silva who entered the area with a personal action.  One minute later Victoria were again dangerous through a shot from outside the area by Michael Bezzina that almost surprised Gharb’s goalkeeper and the ball ended in a corner.  Gharb replied on 51 minutes through a lob by Luis Elisio Batista Da Conceicao that was neutralised by goalie Daniel Galea. Four minutes later a strike by Emiliano Lattes, who received inside the area from Henrique Maciel, was blocked by Gharb’s defence and two minutes later the two sides ended with ten players when Victoria’s Jason Pace and Gharb’s Nemanja Stojanovic were sent off, the former with a straight red card and the latter for a second bookable offence, following a foul and retaliation.  On 59 minutes Victoria’s Christian Mercieca had a lob from close distance that ended on the roof of the net. The Hotspurs doubled the score on 64 minutes from a penalty, awarded for a foul by substitute John Paul Grima on Emiliano Lattes, and converted by Elton Da Silva.  Gharb reduced the deficit and re-opened the issue one minute later when Victoria’s defence cleared badly a shot by Hugo Santa Rosa Cruz and the ball fell to Junior Elisio Batista Da Conceicao who netted form close distance.  The match became much more exciting and on 69 minutes the Hotspurs protested for a penalty when Henrique Maciel ended on the floor in the area following a challenge with an opponent and on 75 minutes Gharb could have levelled the score but a shot on the run by skipper Christian Attard after receiving from Hugo Santa Rosa Cruz ended just over the crossbar.  Three minutes later the Hotspurs went close to score another goal but consecutive attempts by Ferdinando Apap and Christian Mercieca was blocked by the defence. On 84 minutes Victoria’s Elton da Silva released Emiliano Lattes who saw his shot ending away from Gharb’s goal. Two minutes later the same Da Silva had a shot from outside the area that was well saved by Gharb’s keeper and on 89 minutes goalie Daniel Spiteri kept his side in contention he turned to a corner with difficulty a shot by Christian Mercieca.  From the resultant corner action Elton Da Silva crossed inside the area but Christian Mercieca headed wide form close distance. The Hotspurs sealed the win in the third minute of stoppage time when Christian Mercieca took the ball from Gharb’s goalie at the edge of the area and placed easily into an open goal. 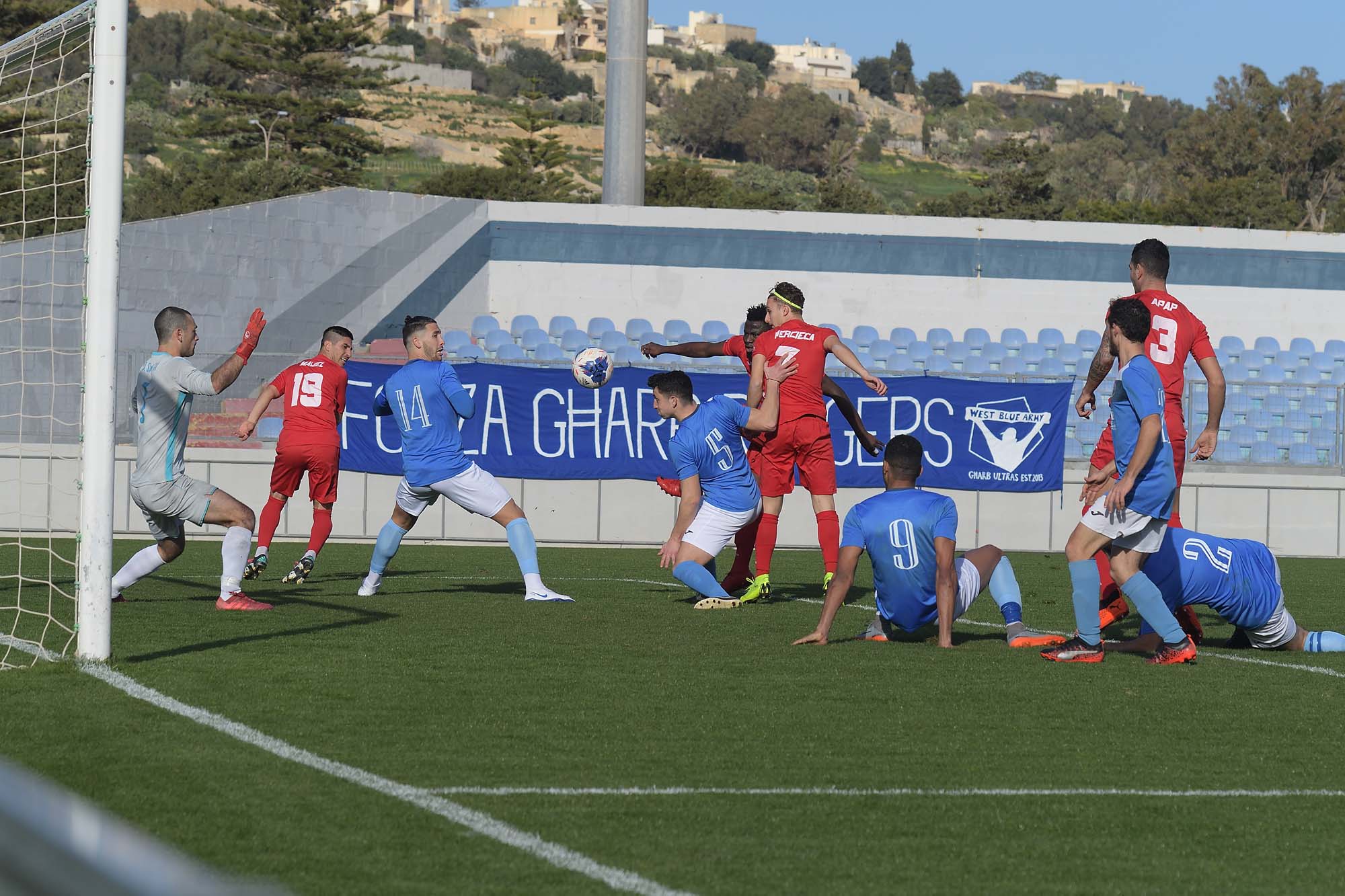 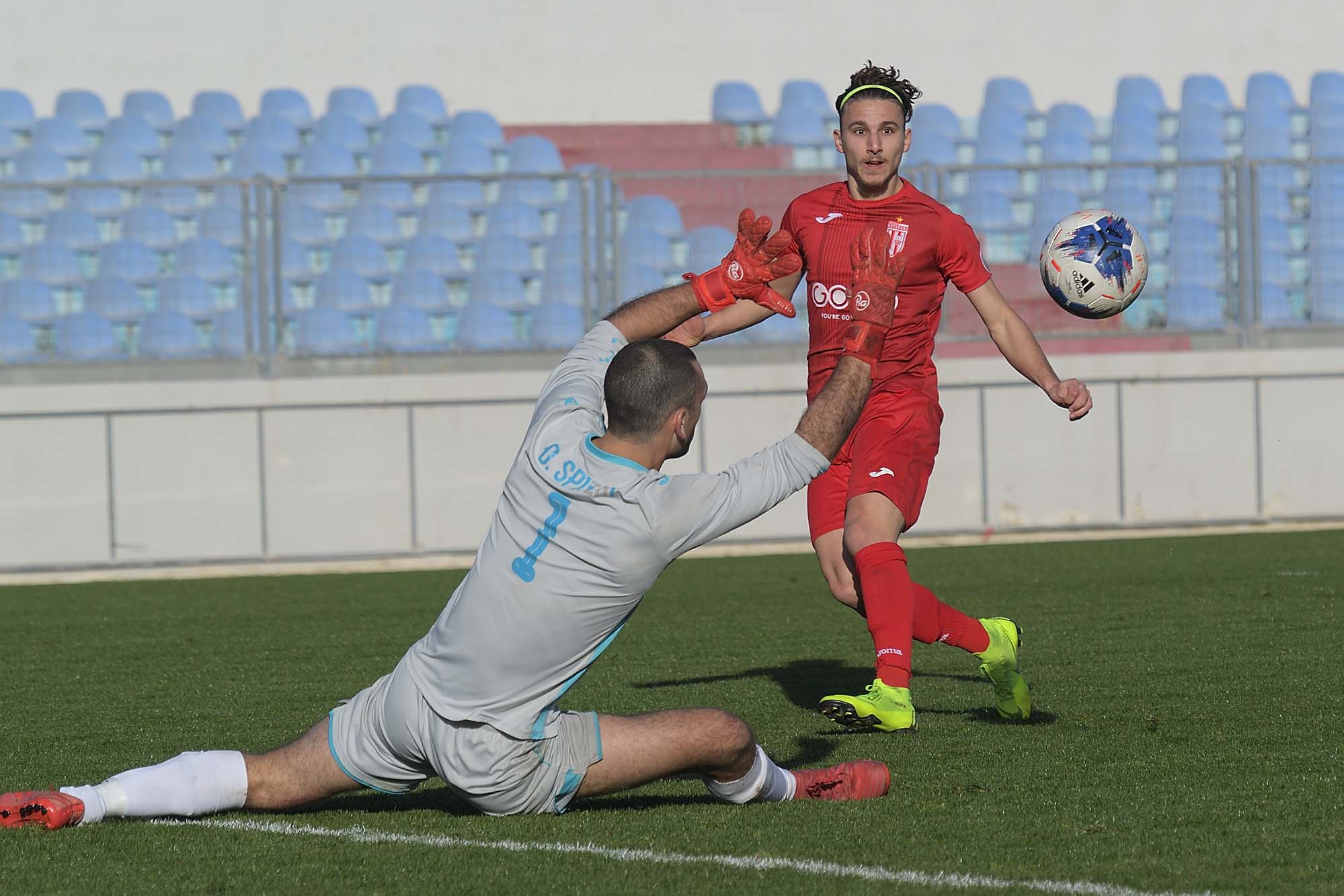 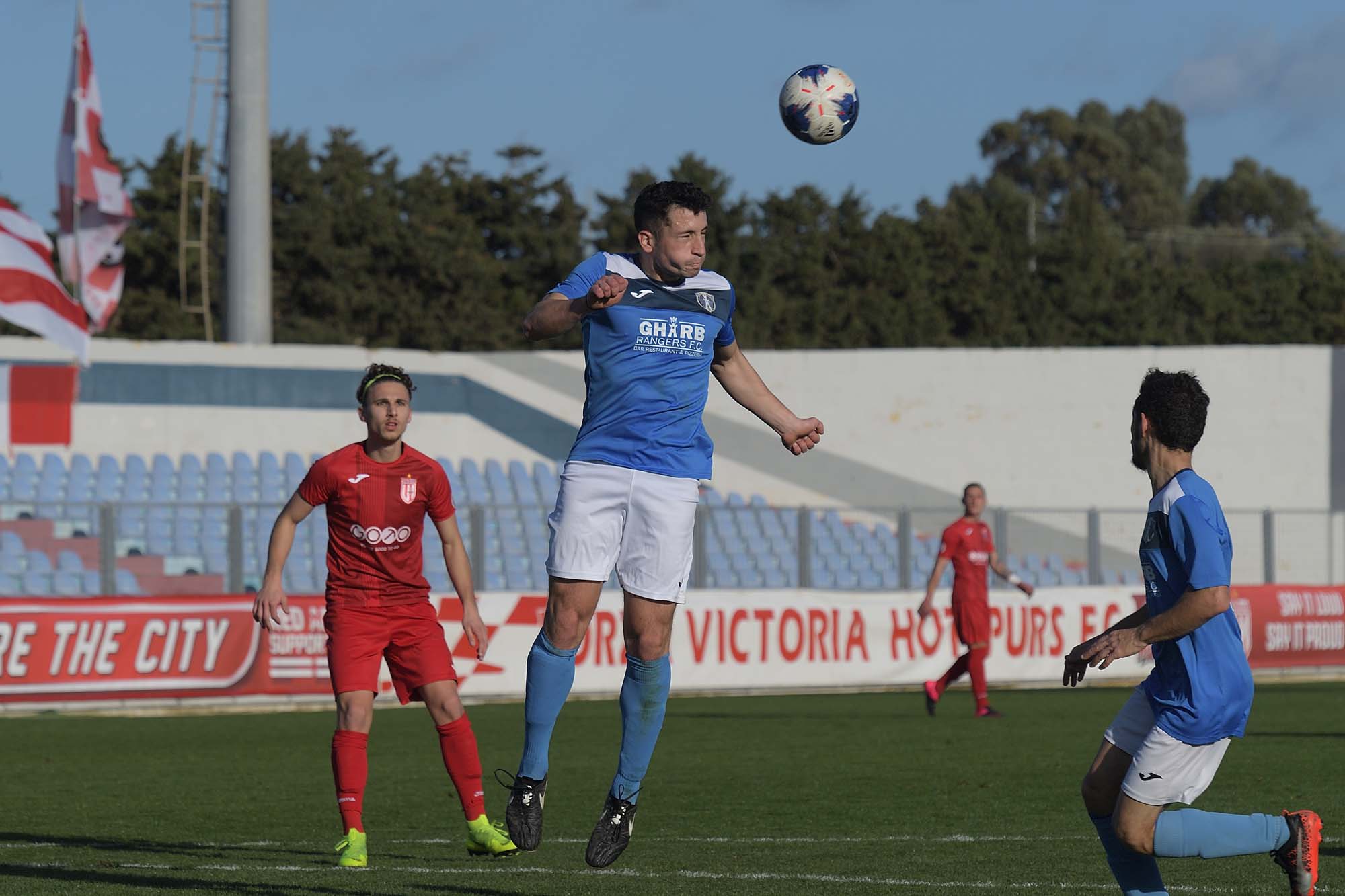 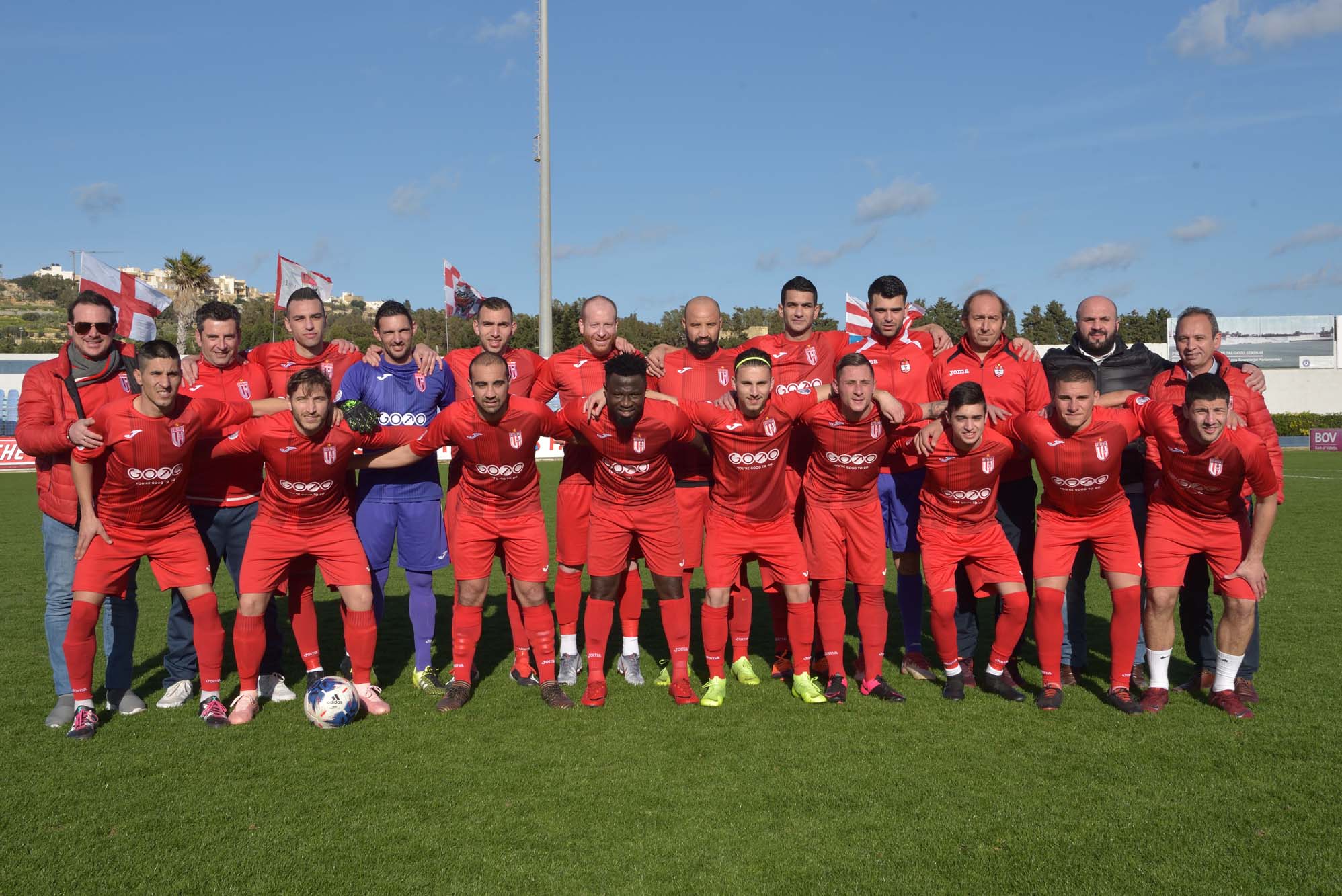 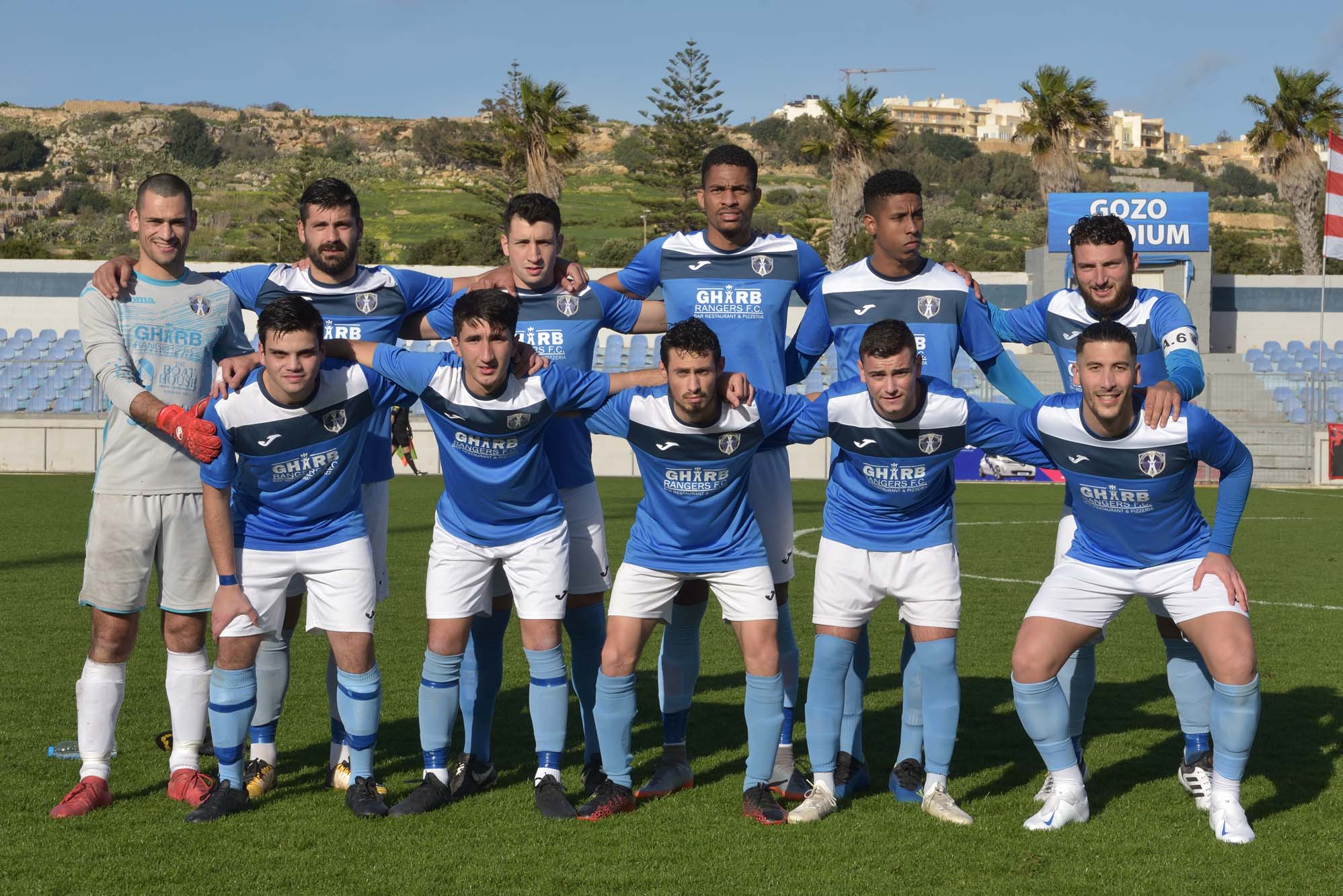 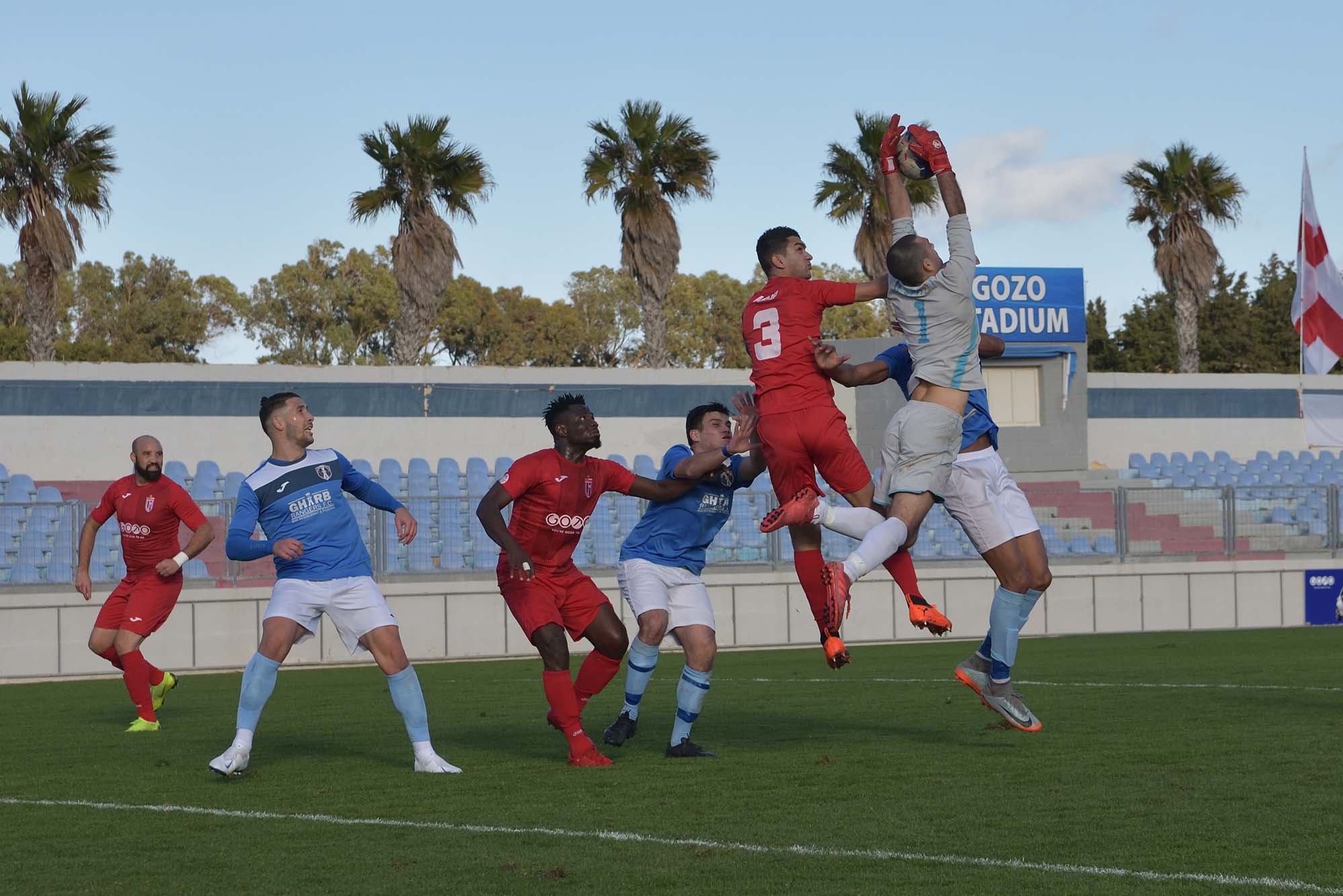 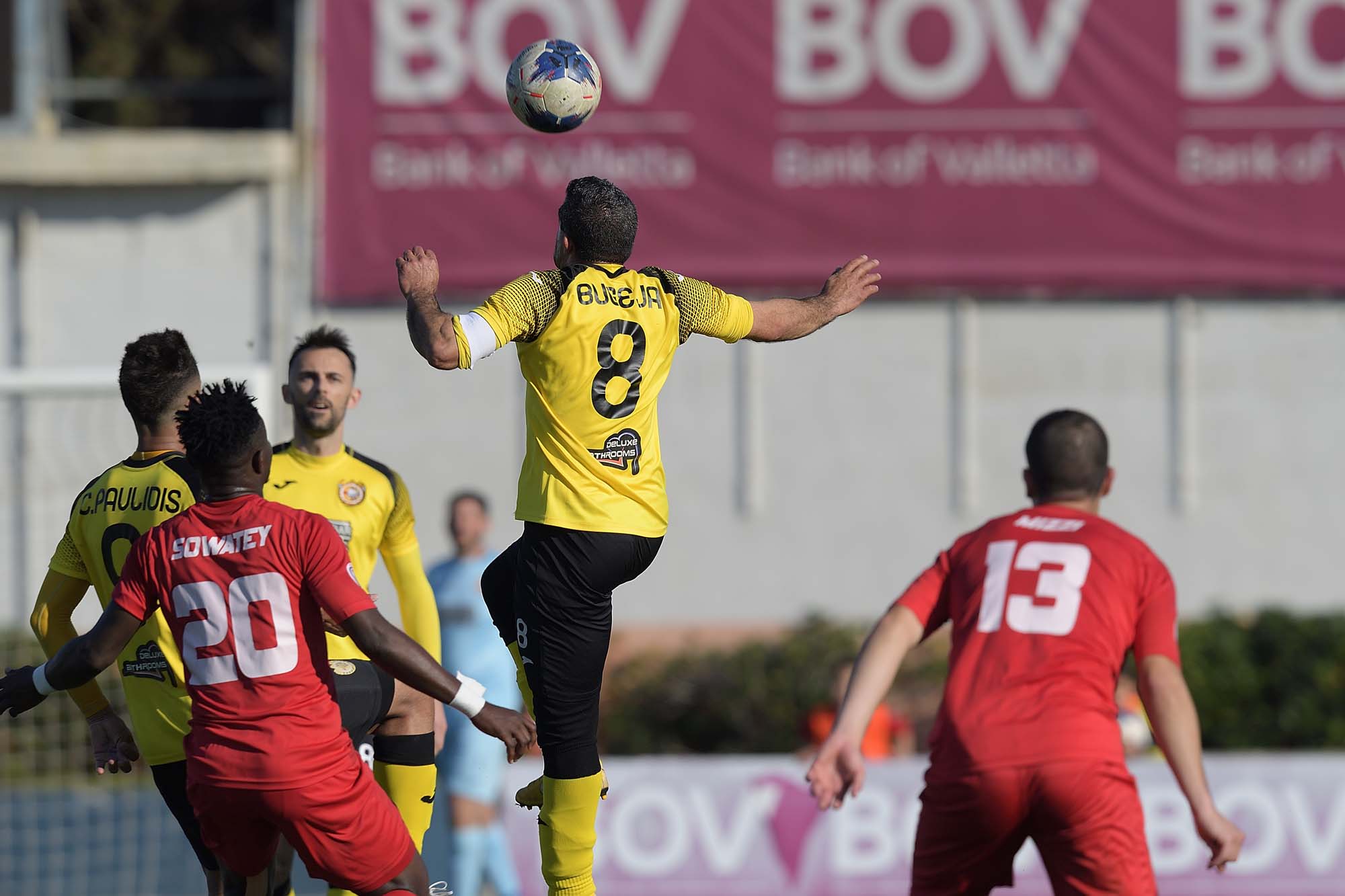 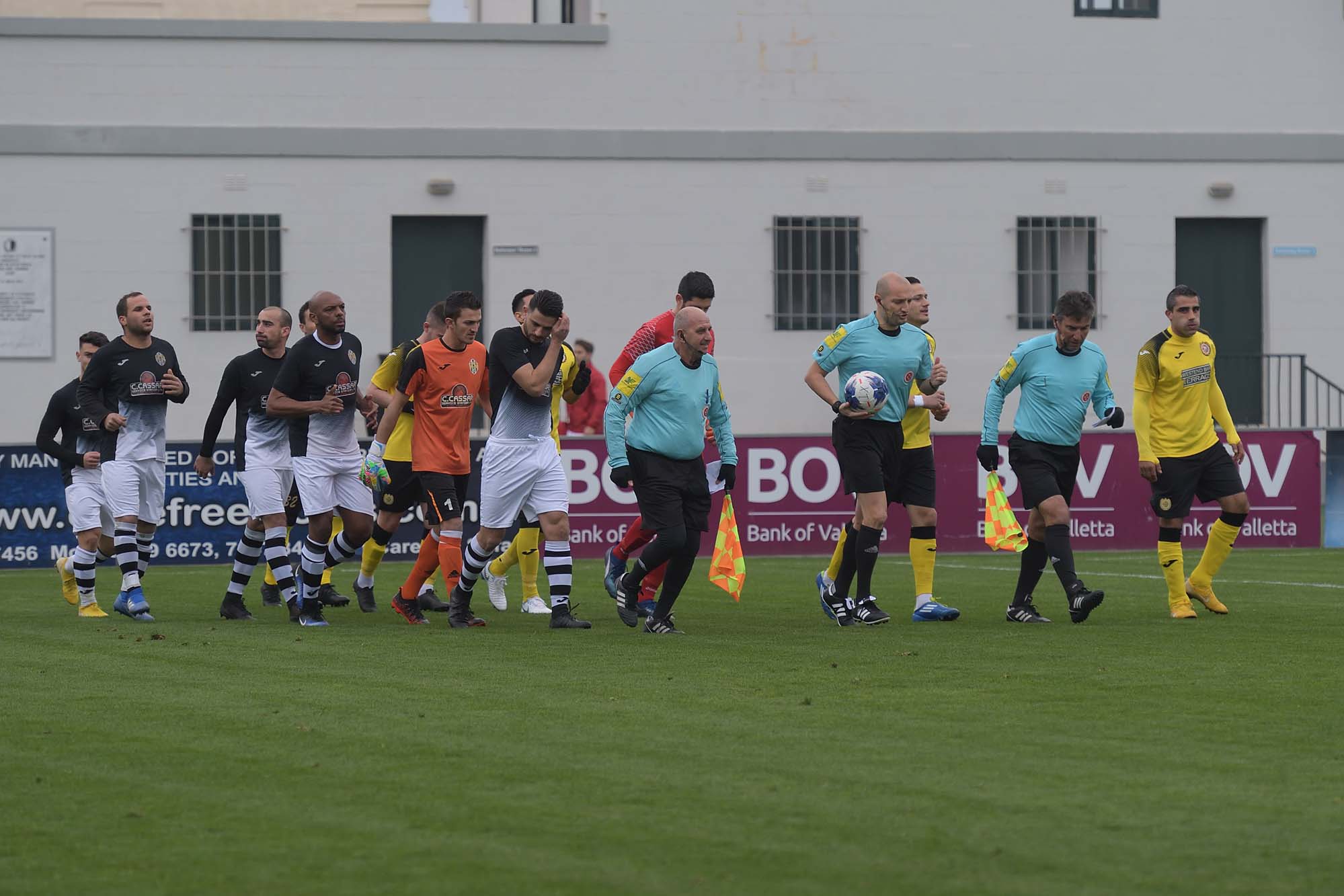 Xewkija held to a draw 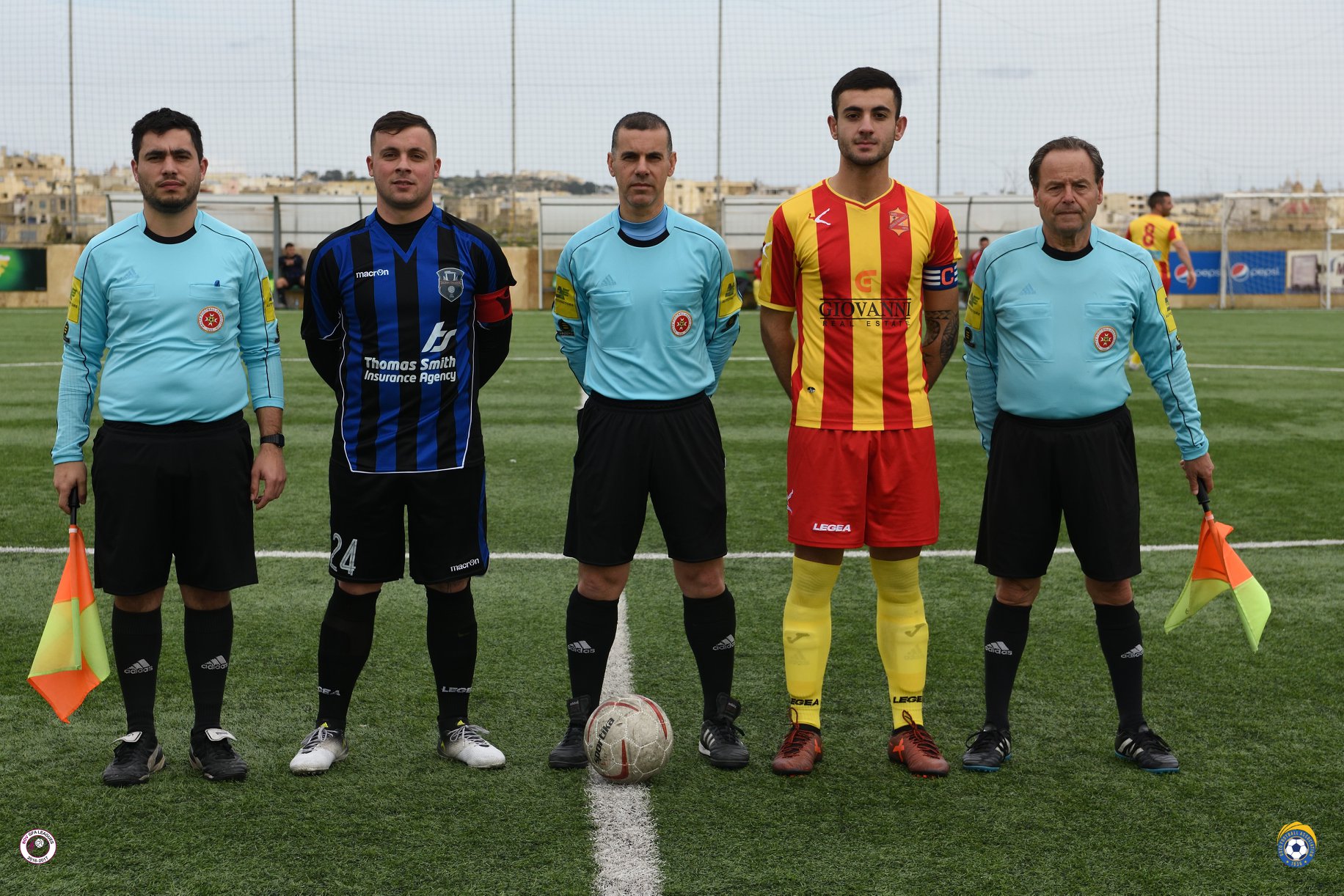