Hotspurs start the defence of the title with a deserved win 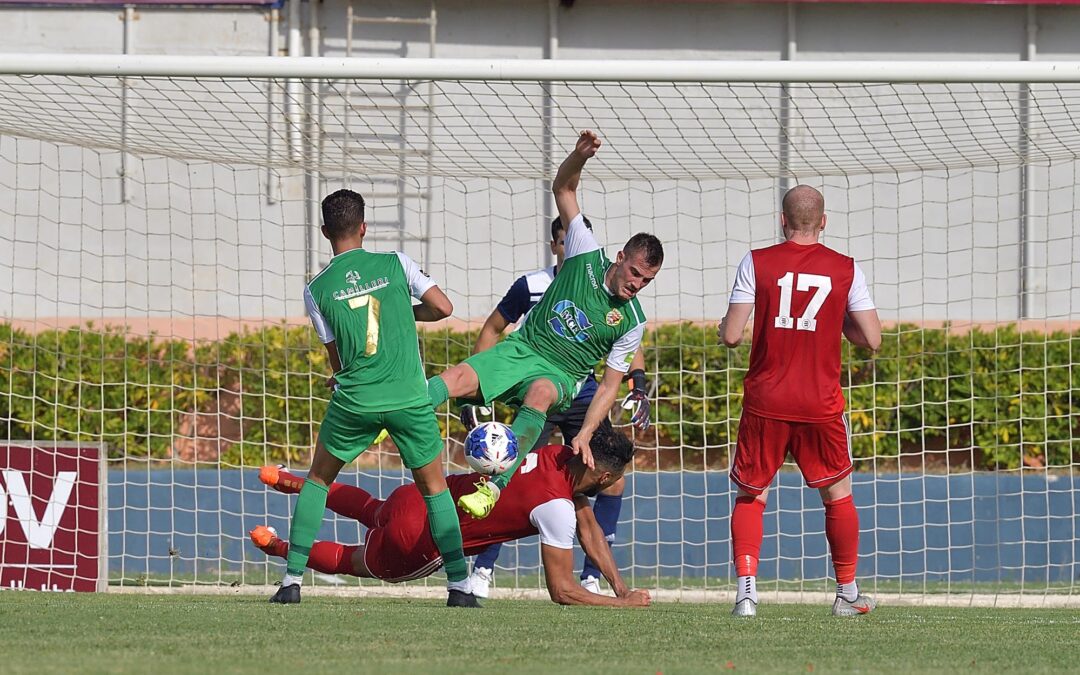 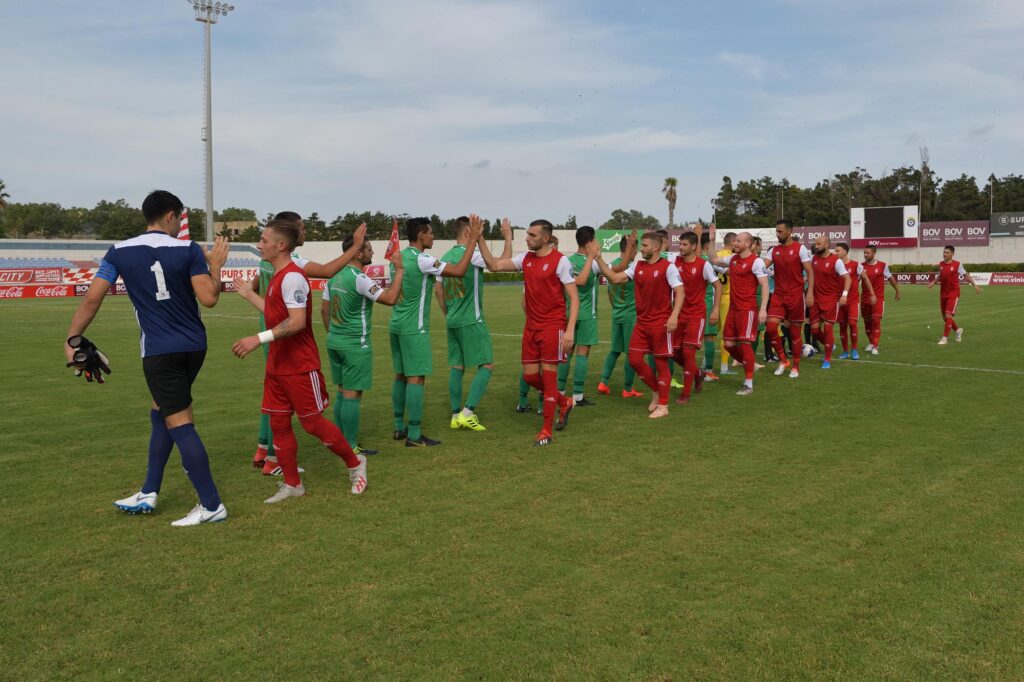 Victoria Hotspurs, who are the champions of Gozitan football for the last two seasons, scored a goal in each half to earn the first three points of the new championship from their match against Kercem Ajax.  The Hotspurs managed to hold territorial supremacy for long stretches but found it very difficult to create serious scoring opportunities. As a result, the Hotspurs did not manage to put their minds at rest form the full points at stake at an early stage of the encounter.  Kercem tried hard to share play with their more quoted opponents but compromised their possibility to earn a positive result in their opening match of the championship by conceding two goals from two mishaps by the defence. Once again Victoria’s striker Elton Da Silva, who was the top scorer of the Gozitan championship for the last two seasons, was the protagonist of the match by scoring the two goals for his side. 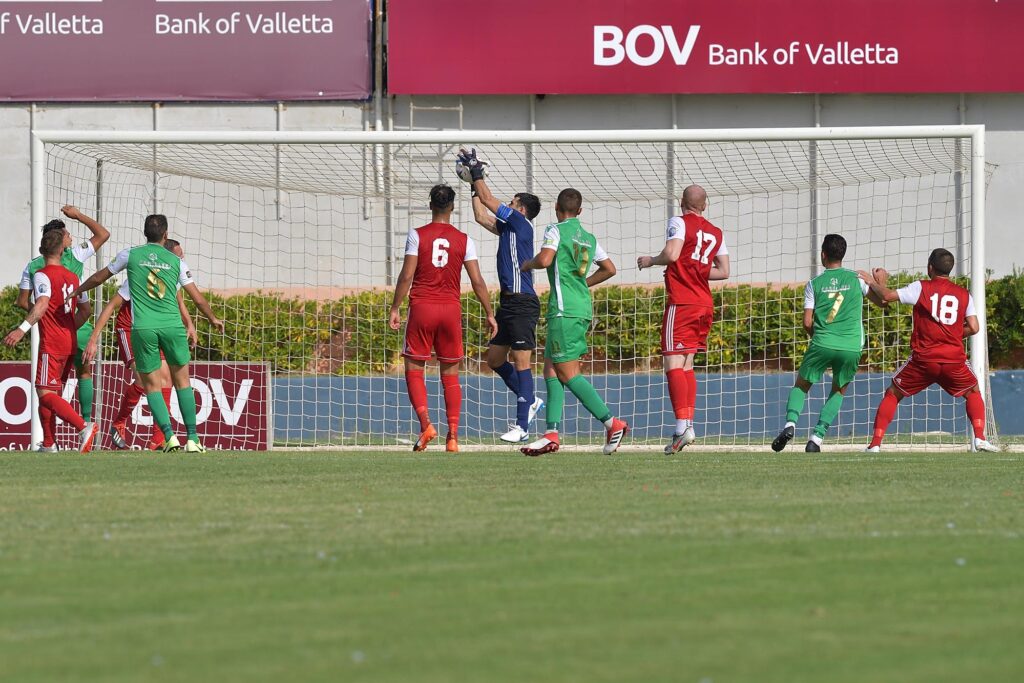 During the opening minutes of the encounter play took place in the midfield where the two defensive departments prevailed over the respective strikers.

4’ Kercem produced the first attempt at goal through a strike by Milos Perisic from outside the area that ended high.

18’ the same goalkeeper was well placed to neutralise an effort directly from a corner by Milos Perisic.

27’ Kercem should have capitalised better but a header by Sergio Arturo Martinez Villa from a free kick by Nathaniel Mercieca was weak and Victoria’s keeper saved without difficulty.

30’ The Hotspurs went very close to scoring when a close ranged shot by Andrew Mizzi from a free kick ta’ Shaun Bajada was saved with difficulty by goalie Vladimir Dizdarevic with the aid of the post.

31’ Goalie Dizdarevic was again called to make an important intervention to turn the ball to a corner following a strike from an angled position by Elton Da Silva.

36’ (1-0) The Hotspurs opened the score when Henrique Maciel released Elton Da Silva in a counter break and the latter netted easily with a low shot as he entered the area. 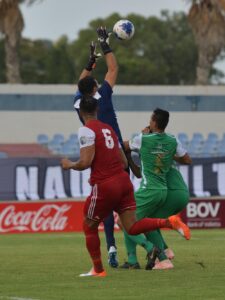 Victoria Hotspurs took more command of play after the break but they still found it difficult to creqate serious danger to Kercem’s rear guard.

63’ a shot from outside the area by Victoria’s Emiliano Lattes, after receiving from Elton Da Silva ended over the crossbar.

68’ Kercem replied through a free kick by substitute Ali Oularbi that was well blocked by goalie Adrian Parnios and the defence continued to clear the danger from the area with some difficulty.

71’  Borja Polo Longarela entered Victoria’s area with a personal initiative but form his inviting low cross, Thomas Vellla failed to conclude and defender Andrew Mizzi managed to block the danger and cleared the ball away from the dangerous zone.

73’ (2-0) The Hotspurs doubled the score when Elton Da Silva took the ball outside the area following some hesitation by Kercem’s defence and surprised goalie Dizdarevic with a fierce shot from the edge of the area.

82’ Kercem had a goal scored by substitute Andrea Debrincat that was disallowed for an offside infringement.

86’ Victoria Hotspurs could have sealed the win with another goal but substitute Dylan Bellotti incredibly lifted over the crossbar from close distance an inviting low cross by Henrique Maciel. 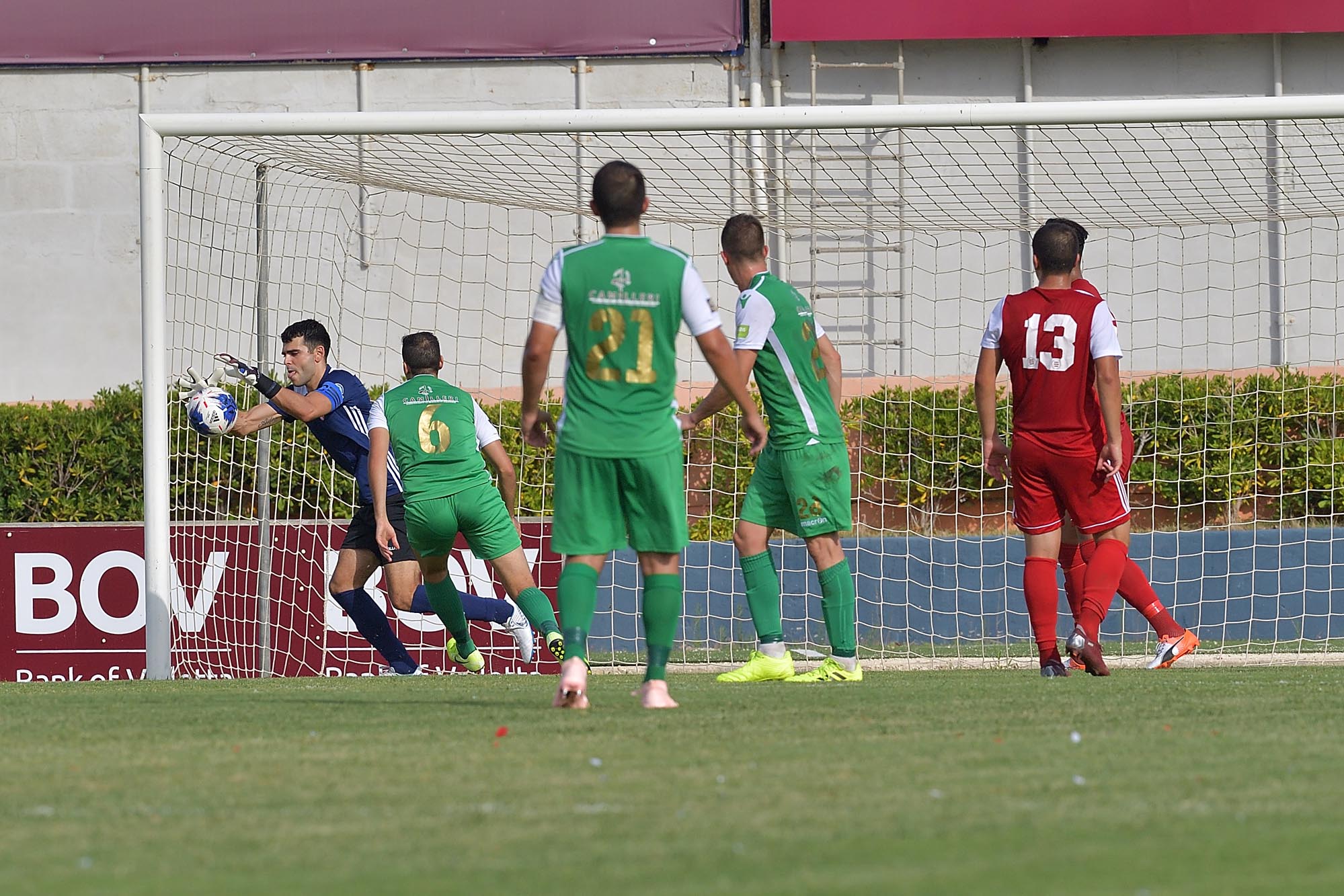 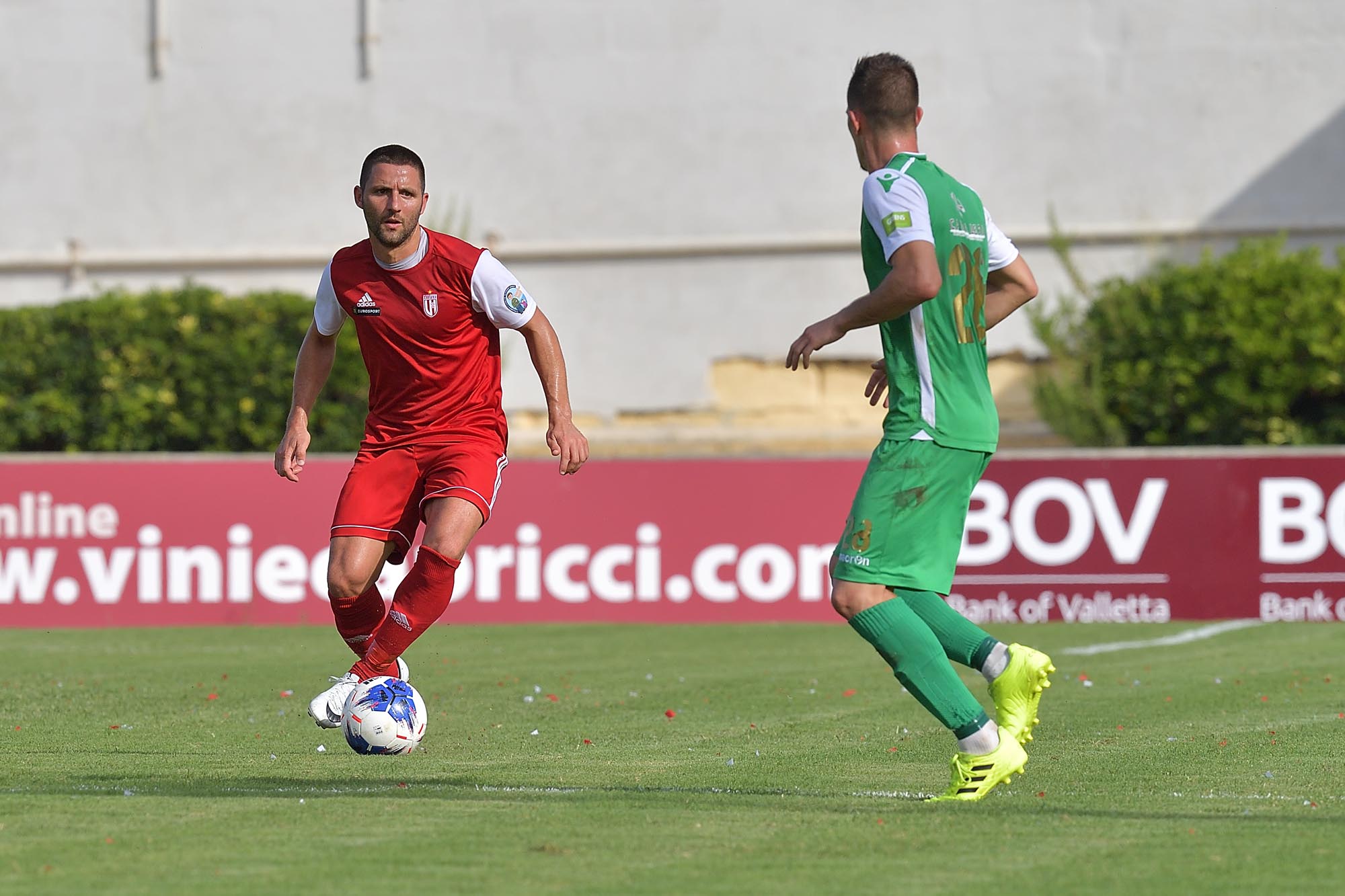 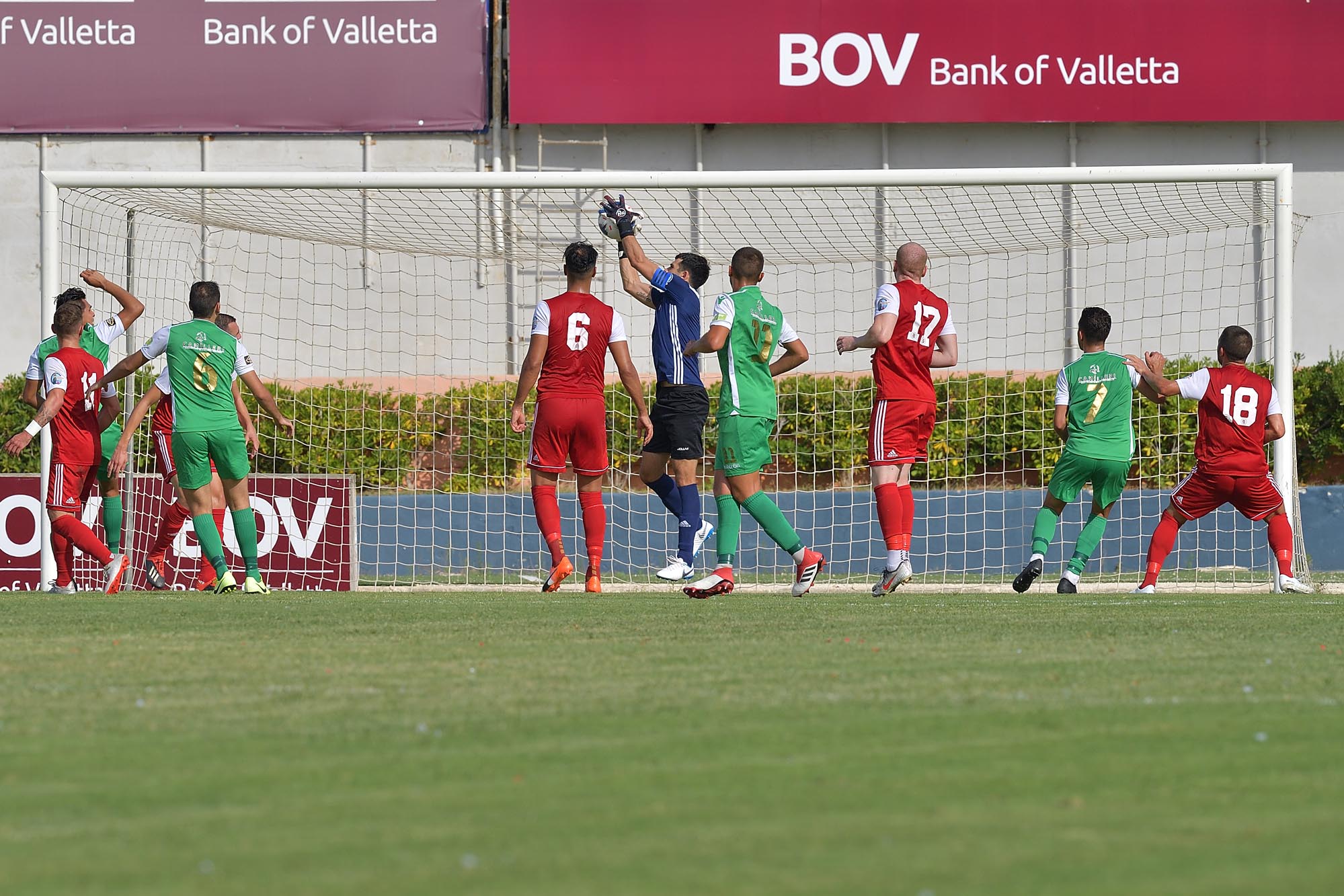 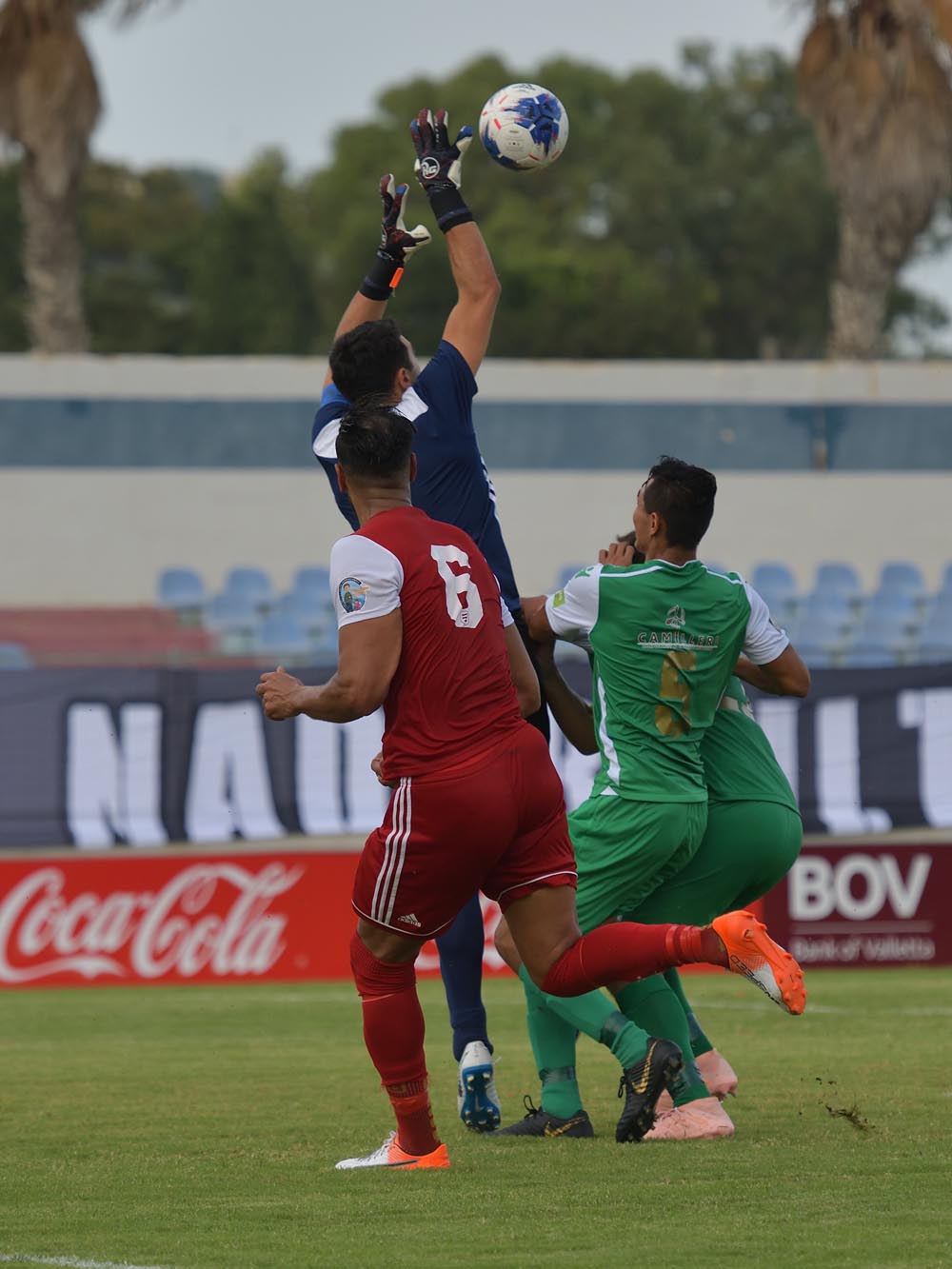 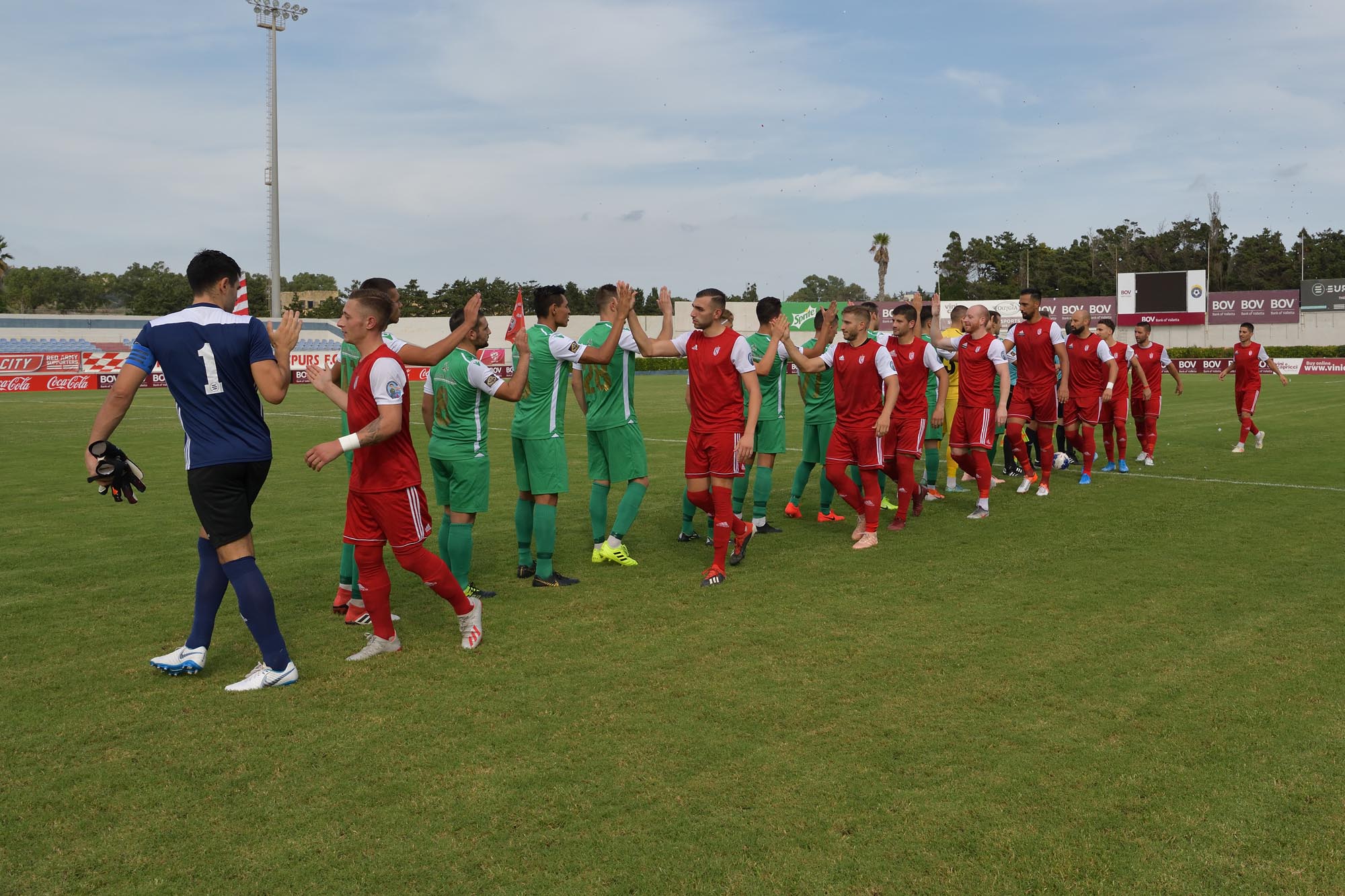 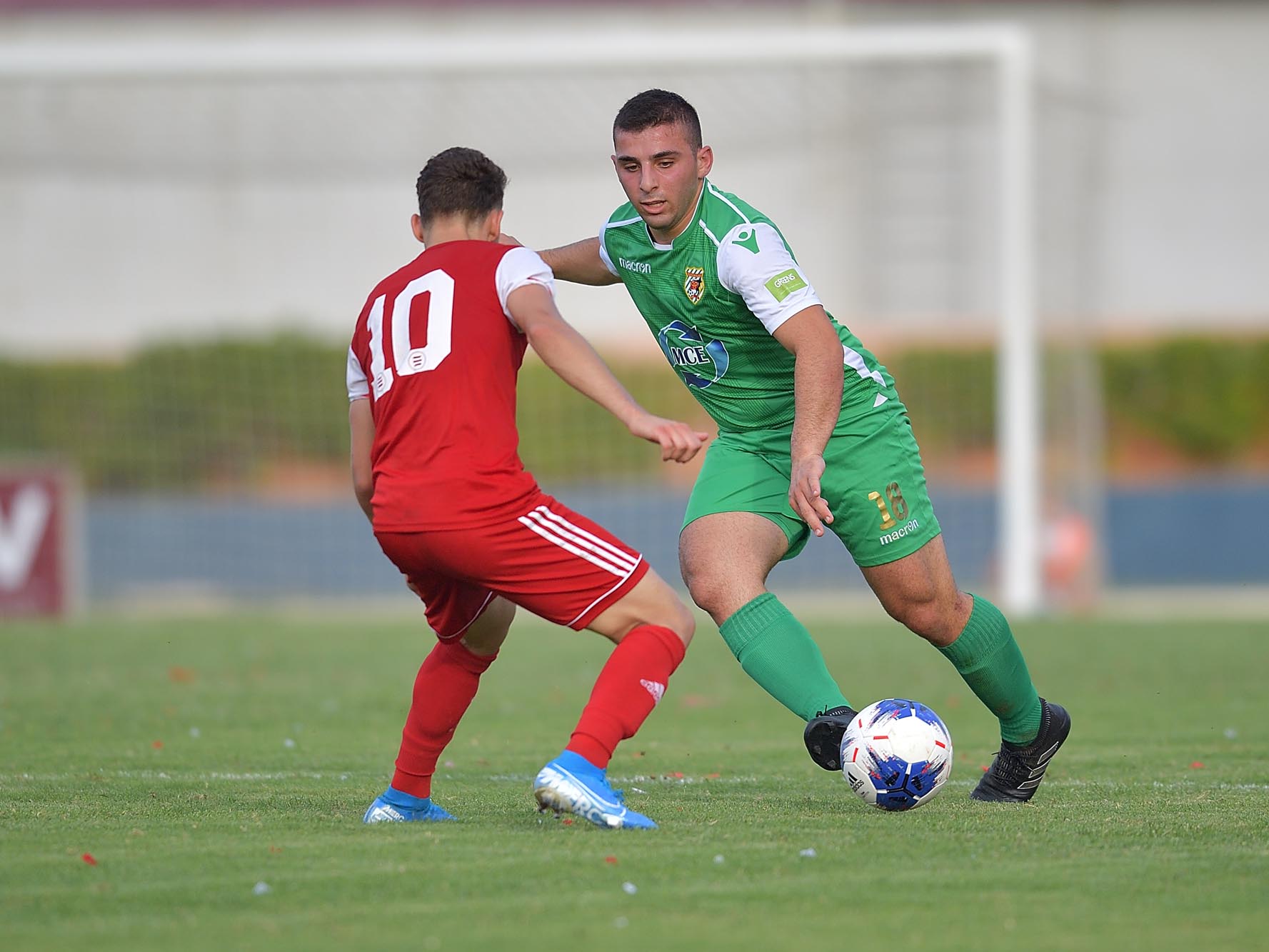 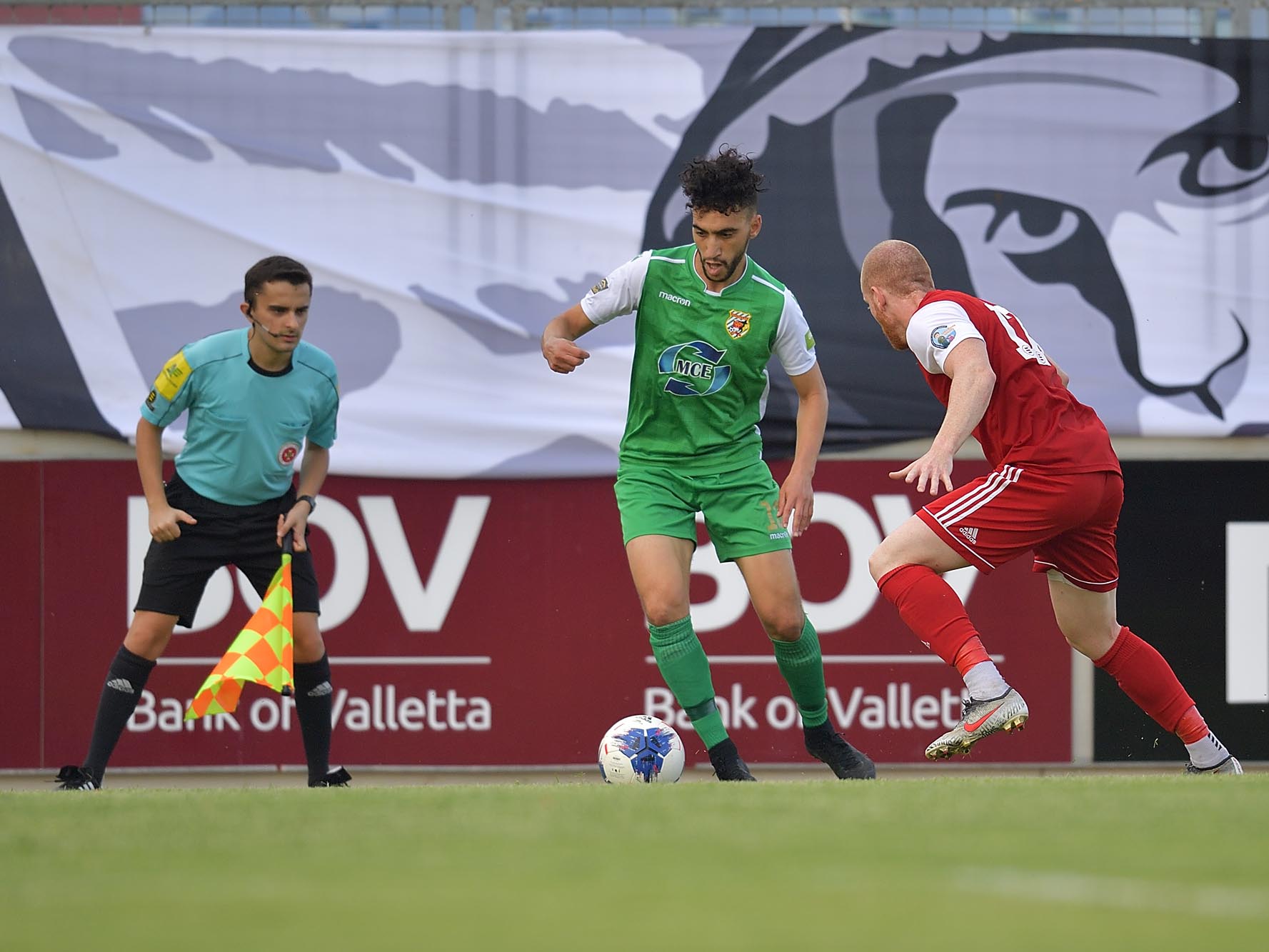 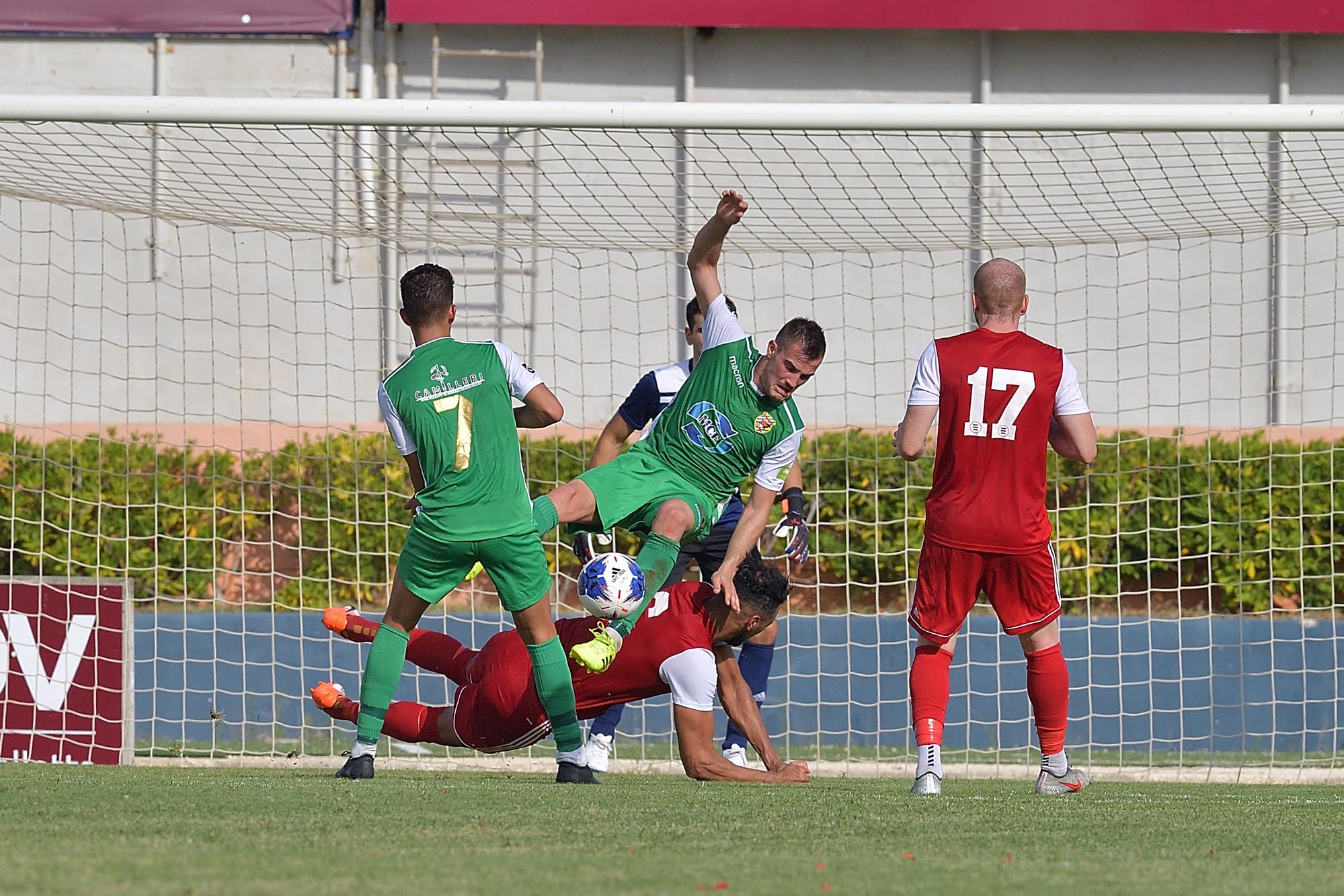