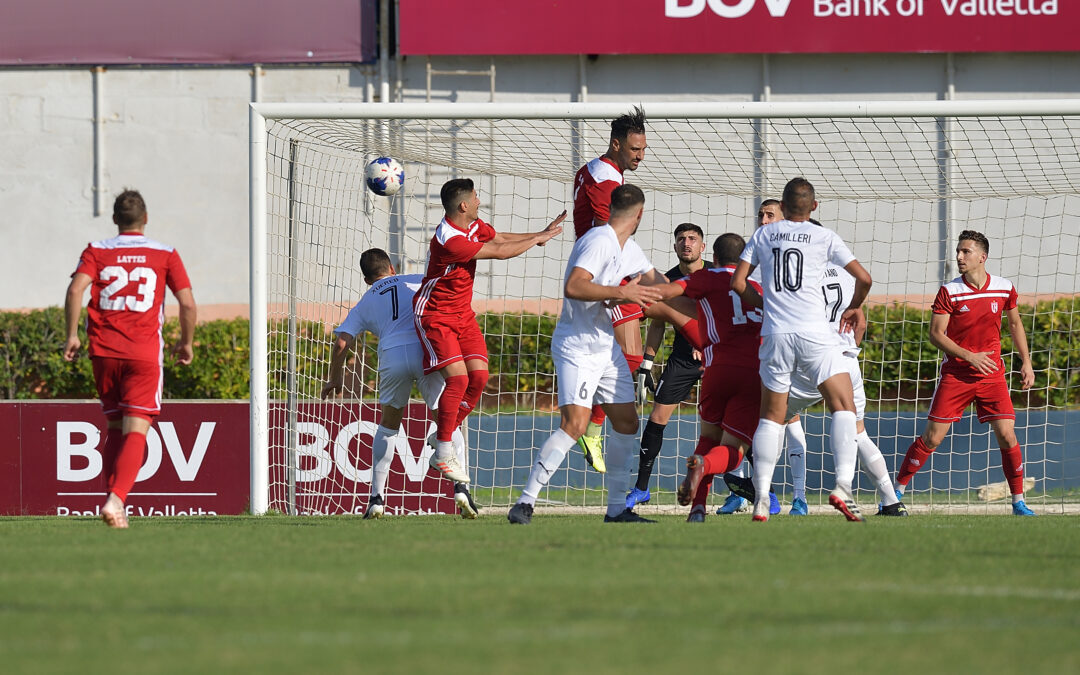 In the last match from Match-Day 4 of the BOV Gozo Football League of the first division, Nadur Youngsters confirmed their serious ambitions to be main challengers for the title with a 2-1 win over the reigning champions Victoria Hotspurs.  With this result, Nadur consolidated their sole leadership and not only remained the only team with maximum points but also opened a five-point lead of the same Hotspurs on the table. This was Nadur’s second win over Victoria Hotspurs this seasons as the Youngsters won the GFA Super Cup final at the expense of the Citizens in the first match of the 2019/2020 football season.

The match between Nadur and the Hotspurs lived up to the expectations as the two sides were motivated to obtain a win.  Play was well contested for most of the time where the two defensive departments managed to control the respective strikers but during the second period, Nadur held more territorial supremacy, scored the goal that decided the issue and also resisted well to Victoria’s reaction during the final stages of the encounter.

During the opening stages of the encounter, the Hotspurs tried to surprise their opponents but Nadur produced a good recovery and their play created more dangerous scoring opportunities.

11’ The Hotspurs could have capitalised better from a free-kick but Elton Da Silva’s attempt was blocked by the wall and form the rebound Emiliano Lattes had an attempt that ended away from goal.

12’ Nadur’s Columbian striker Johan Alberto Castano took the ball from Victoria’s defence but ended on the floor inside the area as he tried to pass the goalkeeper so that play resumed with a foul in favour of Victoria’s goalie.

17’  Victoria’s goalie Adrian Parnis made an important intervention and avoided an own goal as he turned to a corner a miskick by his central defender El Mehdi Sidqy following a free kick by Nadur’s Stefan Cassar.

18’ From the same corner kick by Gennaro Hili, Nadur’s Elkin Serrano Valero headed in the net by the referee disallowed the goal for a foul by the same player.

24’ Nadur’s Marcelo Barbosa released Shaun Attard inside Victoria’s area but the latter had his shot from an angled position that was blocked to a corner by goalie Adrian Parnis.

25’ Victoria Hotspurs protested for a penalty when striker Elton Da Silva ended on the floor inside Nadur’s area as he was trying to avoid his direct opponent.

27’ (1-0) Nadur opened the score when Victoria’s defence cleared badly a free-kick from an angled position by Chris Camilleri and the ball arrived to the same Camilleri who crossed from the right flank and Predrag Djordjevic headed in goal despite the challenge from Victoria’s defence.

30’ (1-1) The Hotspurs had an immediate reaction and won a corner as a free kick by Shaun Bajada got a deflection by the wall.  From the same corner kick by Shaun Bajada, Nadur’s keeper Steve Sultana failed to hold the ball and Victoria’s Henrique Maciel took advantage and converted from close distance.

32’ Victoria Hotspurs once again protested for a penalty when Elton Da Silva ended on the floor inside Nadur’s area following a challenge with central defender Luke Tabone.

43’ Nadur’s Predrag Djordjevic entered Victoria’s area with a personal action but his low shot was weak and goalie Adrian Parnis saved without difficulty.

After the break, Nadur increased their efforts and were more offensive, while the Hotspurs maintained their deployment at the defence and operated mainly through counter breaks.

48’ Nadur’s Marcelo Barbosa entered Victoria’s area from the left flank but his attempt form an angled position was neutralised without difficulty by goalie Adrian Parnis.

49’ Marcelo Barbosa once again created some danger within Victoria’s area but his first-timer from close distance ended wide.

52’  The Hotspurs replied with a good shot on the run by Andrew Mizzi from a corner kick by Shaun Bajada that missed the target.

70’ (2-1) Nadur scored the goal that at the end decided the issue when Johan Alberto Castano released Chris Camilleri inside Victoria’s area with a back-heal and latter headed towards Shaun Attard who controlled the ball and fired in goal from a close distance.

78’ the Hotspurs seemed shocked and Nadur once again threatened Victoria’s area through a free kick by Chris Camilleri that ended wide.

79’ Nadur’s Marcelo Barbosa passed through Victoria’s defence with a personal action but had his shot partially saved by goalie Adrian Parnis so that from the same action the ball arrived again to Barbosa but the striker failed to conclude due to the pressure of Victoria’s defence.

81’ The Hotspurs produced a determined reaction during the final stages but the closest that they went to scoring was through a free kick by Elton Da Silva that ended high.

90+5’ The Hotspurs were reduced to ten players as Elton Da Silva was shown a red card for retaliation following a foul by Stefan Cassar.  From the resultant free-kick for Victoria Hotspurs the attempt by Shaun Bajada ended over the crossbar.

(After final whistle)  The match ended on a negative note due to some disorder between the two sides after the final whistle and Nadur’s skipper Shaun Attard was also shown a red card as he received a second yellow card for gestures towards his opponents. 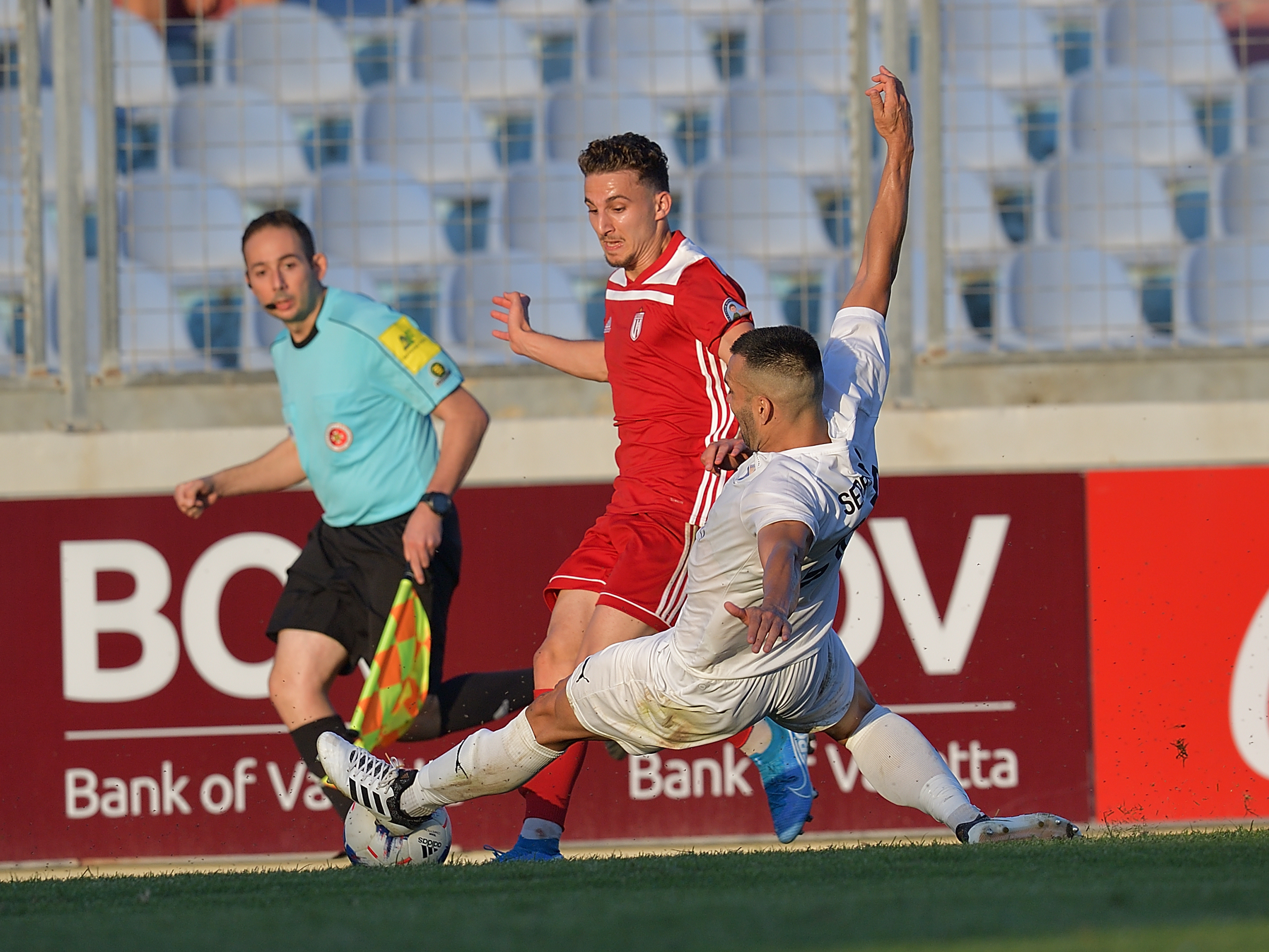 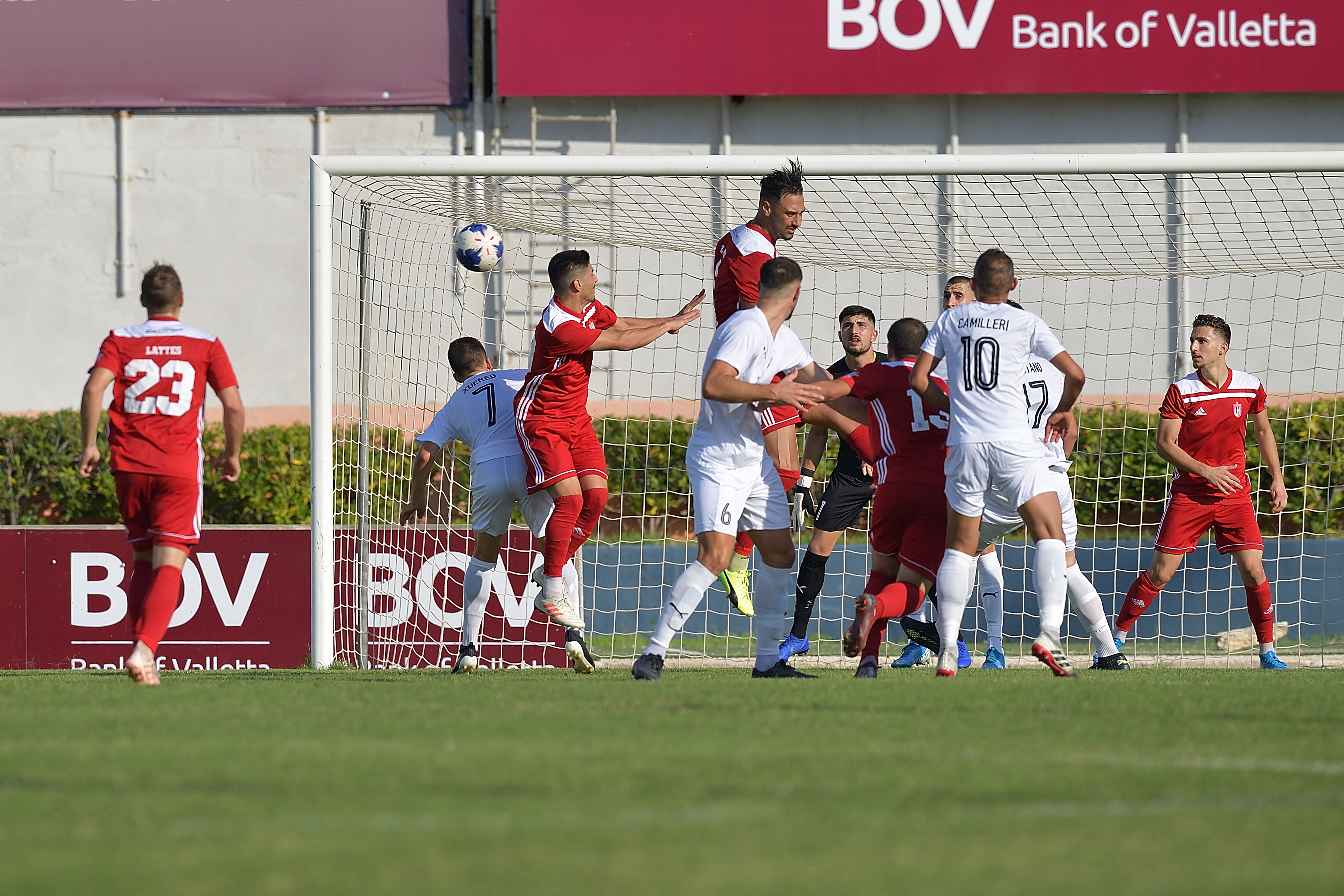 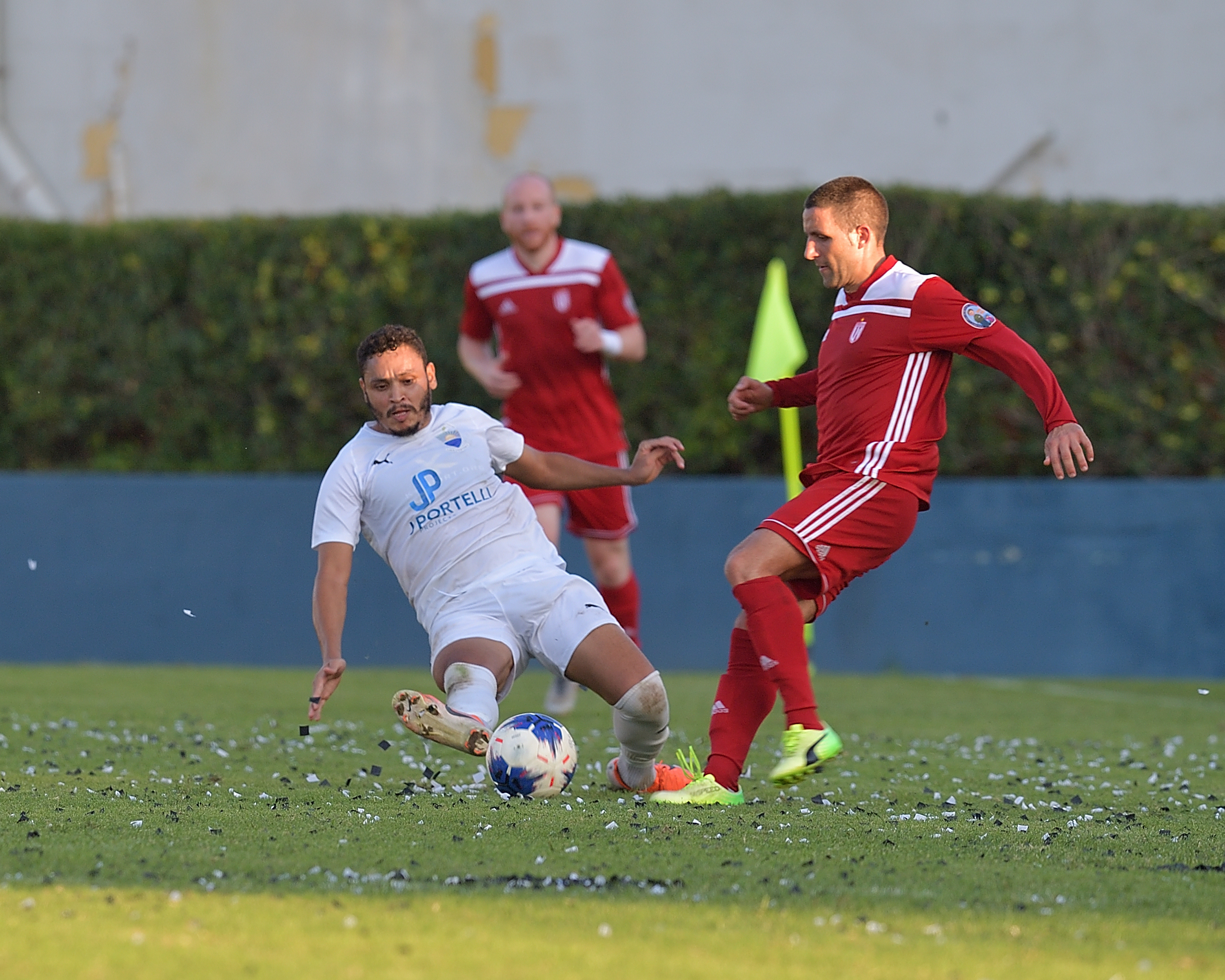 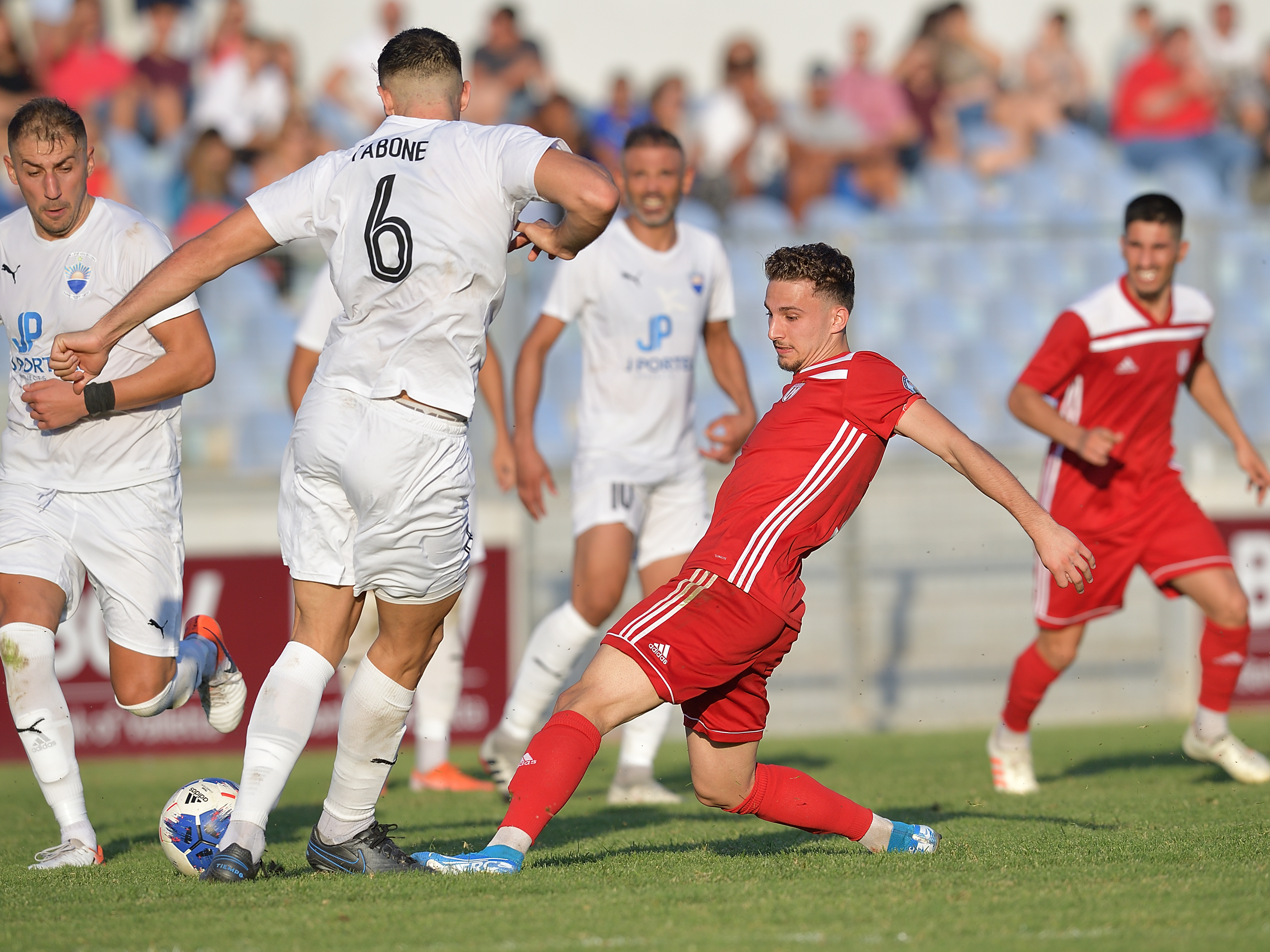 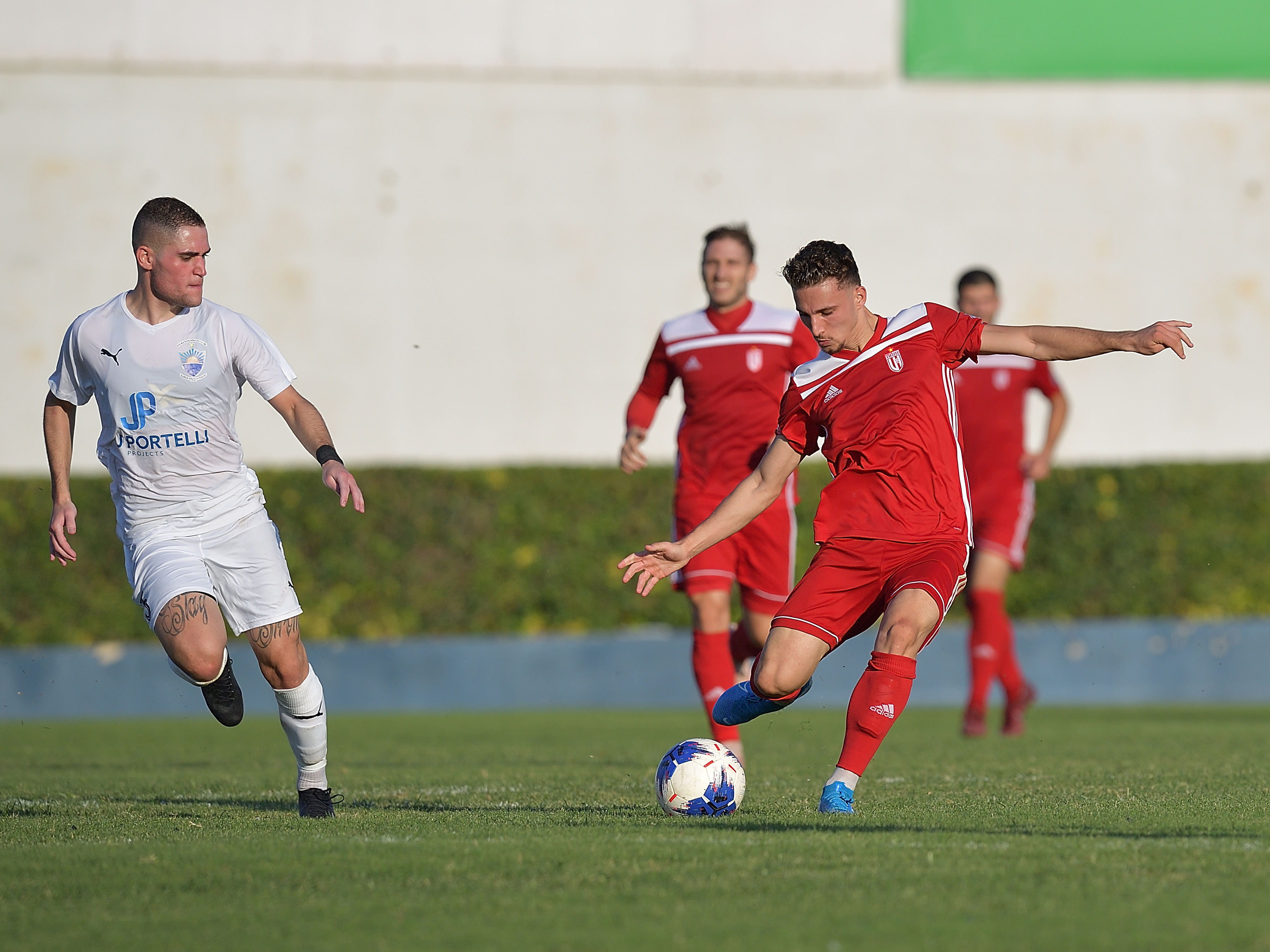 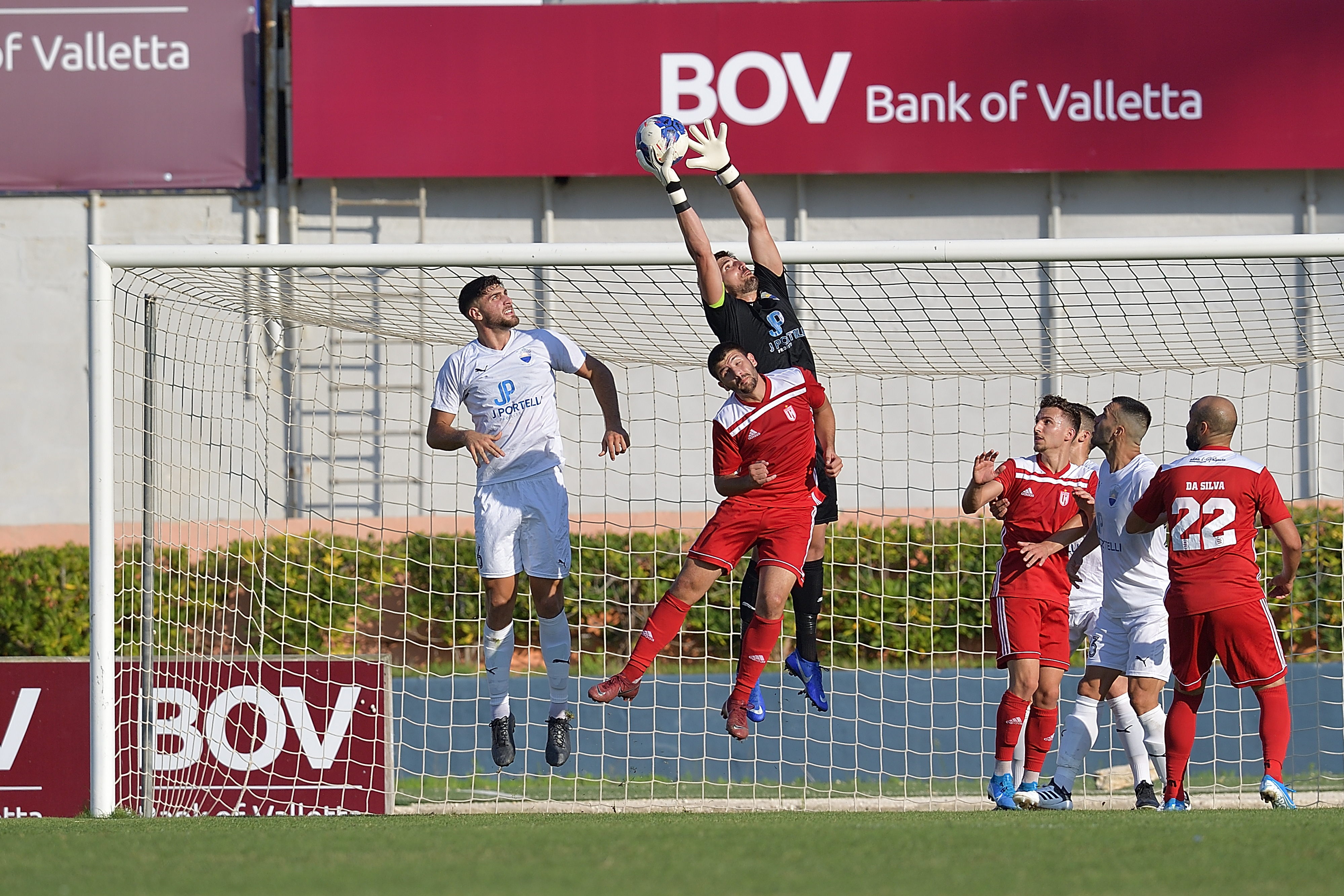 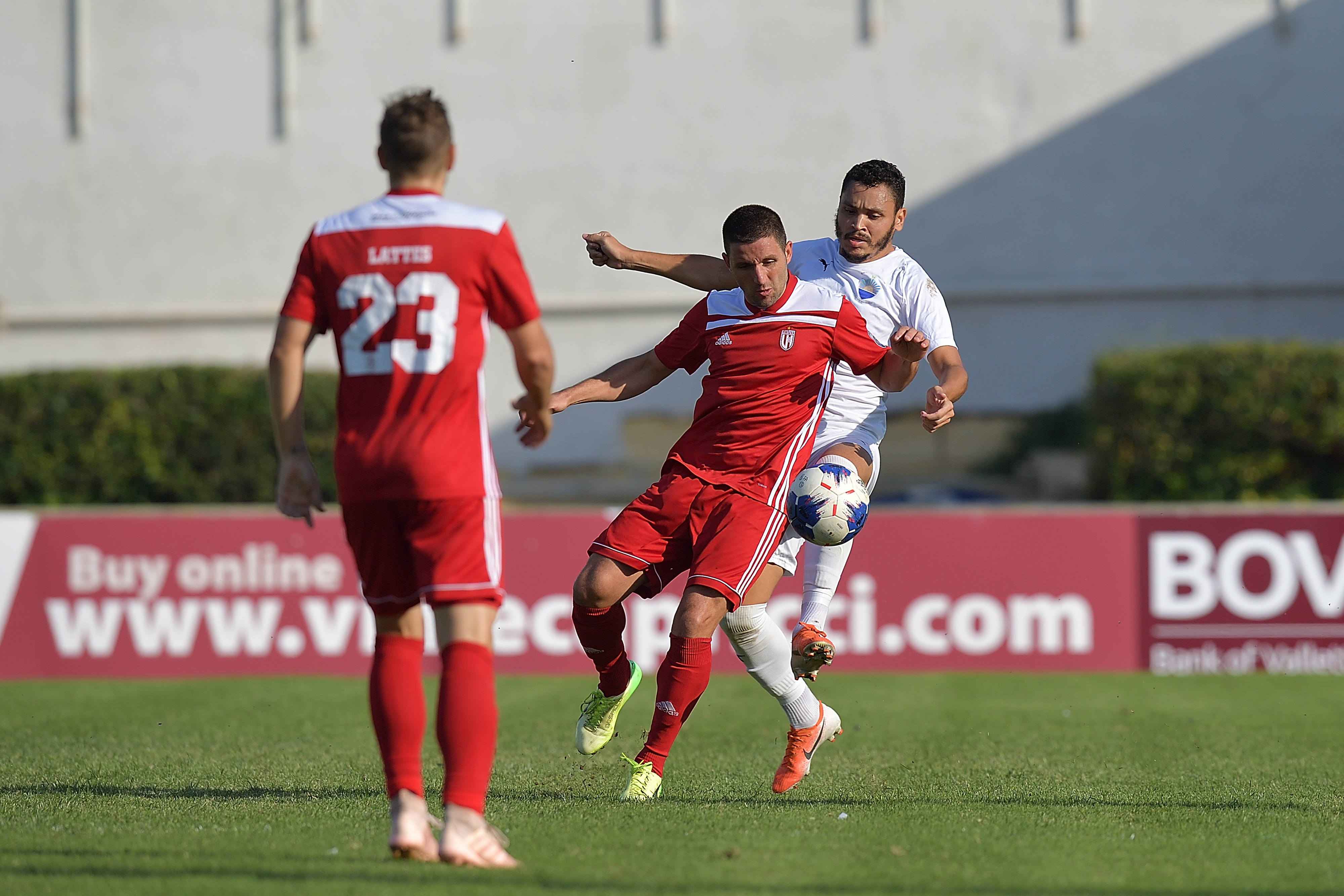 Ghajnsielem Obtain Win with Two Goals Scored in Each Half 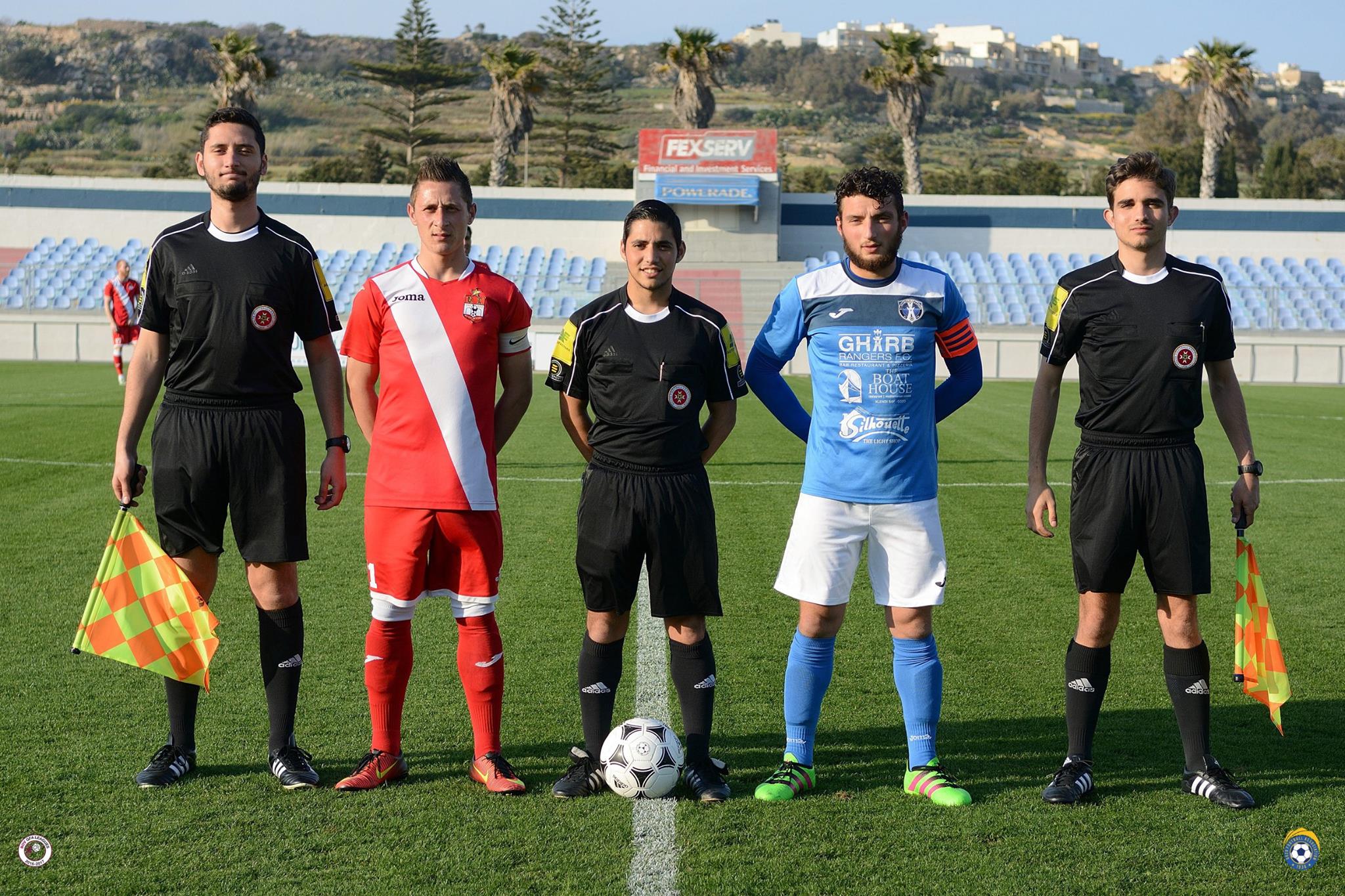 Munxar turn a defeat into a win