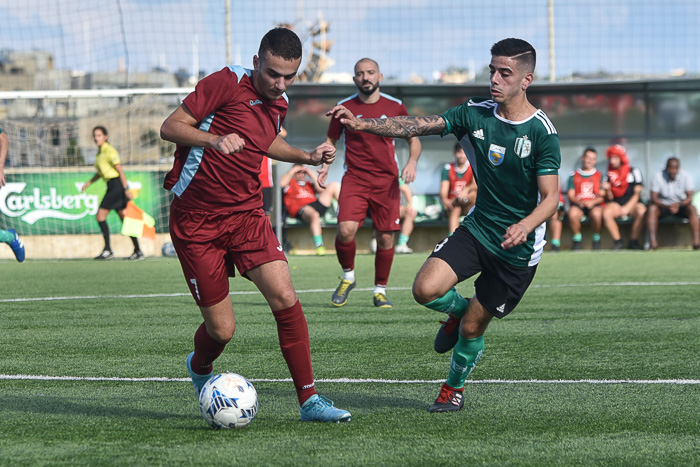 Sannat Lions made it four wins from four matches of the campaign in their match against Qala Saints.  Sannat’s 5-0 win over Qala matured mainly through four goals scored during the second period but the final score reflects their superiority over the Maroons.  With the points obtained Sannat remain undefeated and also the only side with maximum points in the category.

Sannat are improving their performances from one match to another.  In the match against Qala, Sannat’s striker Antoine Camilleri confirmed his good moment of form, while the other striker Ebube Ralph Okpokwu is recovering from a very difficult start in the new season.  In the meantime, the other players in the other department are also gaining more confidence and this has been expressed by the fact that Sannat’s five goals in the match against Qala were scored by five different players.  With this result, Sannat will start as favourites in their next match of the campaign against the challengers for promotion Oratory Youths. In the meantime, this was Qala’s second consecutive defeat and therefore they suffered a setback in their ambitions to be among the competitive sides of the category, after a very positive start where they obtained four points from their first two matches in the league.

This was the last match from Match-Day 4 of the campaign where Sannat came out in a better shape and determined to extend their excellent start in the second division league, while Qala were aiming to make up for the disappointing defeat conceded in their previous match.

4’ Sannat could have scored an early goal but a low shot by Ebube Ralph Okpokwu hit the base of the post.

5’ Sannat were again dangerous but a header by Joseph Zammit from a free kick by Christian Debono ended wide.

16’ Sannat’s Christian Debono delivered the ball from a corner but Ebube Ralph Okpokwu’s header ended away from Qala’s goal.

33’ (0-1) Sannat opened the score through a good shot from outside the area by Mario Mifsud that surprised Qala’s keeper Franco Buttigieg.

38’ Sannat went again close to scoring through another good shot by Mario Mifsud, who received the ball from Ebube Ralph Okpokwu, but on this occasion the ball got a deflection and the action ended in a corner.

45+1’ Sannat could ended the first half with a two-goal lead when Joseph Zammit produced a fine move inside Qala’s area but his low inviting shot Ebube Ralph Okpokwu failed to connect and the ball ended wide.

Qala’s reaction after the break was sterile and Sannat managed to keep control of play with authority.

59’ (0-2) Ebube Ralph Okpokwu entered Qala’s area with personal action and form his pass Antoine Camilleri netted with a low shot with the ball hitting the post before ending in the net.

62’ (0-3) Sannat added another goal through an effort by Joseph Zammit who concluded in goal following a personal action despite the attempt of the goalkeeper to neutralise the danger.

70’ (0-4)  Antoine Camilleri took the ball following some hesitation at Qala’s defence, entered the area and from his low cross Ebube Ralph Okpokwu netted with a tap-in.

84’ Qala’s goalie Franco Buttigieg made a good save when he blocked in two attempts an effort by Joseph Zammit was alone in the area.

88’ (0-5) Sannat sealed the win with the fifth goal that arrived through a strike by central defender Fabian Xuereb from outside the area following a clearance by Qala’s rearguard from a corner action. 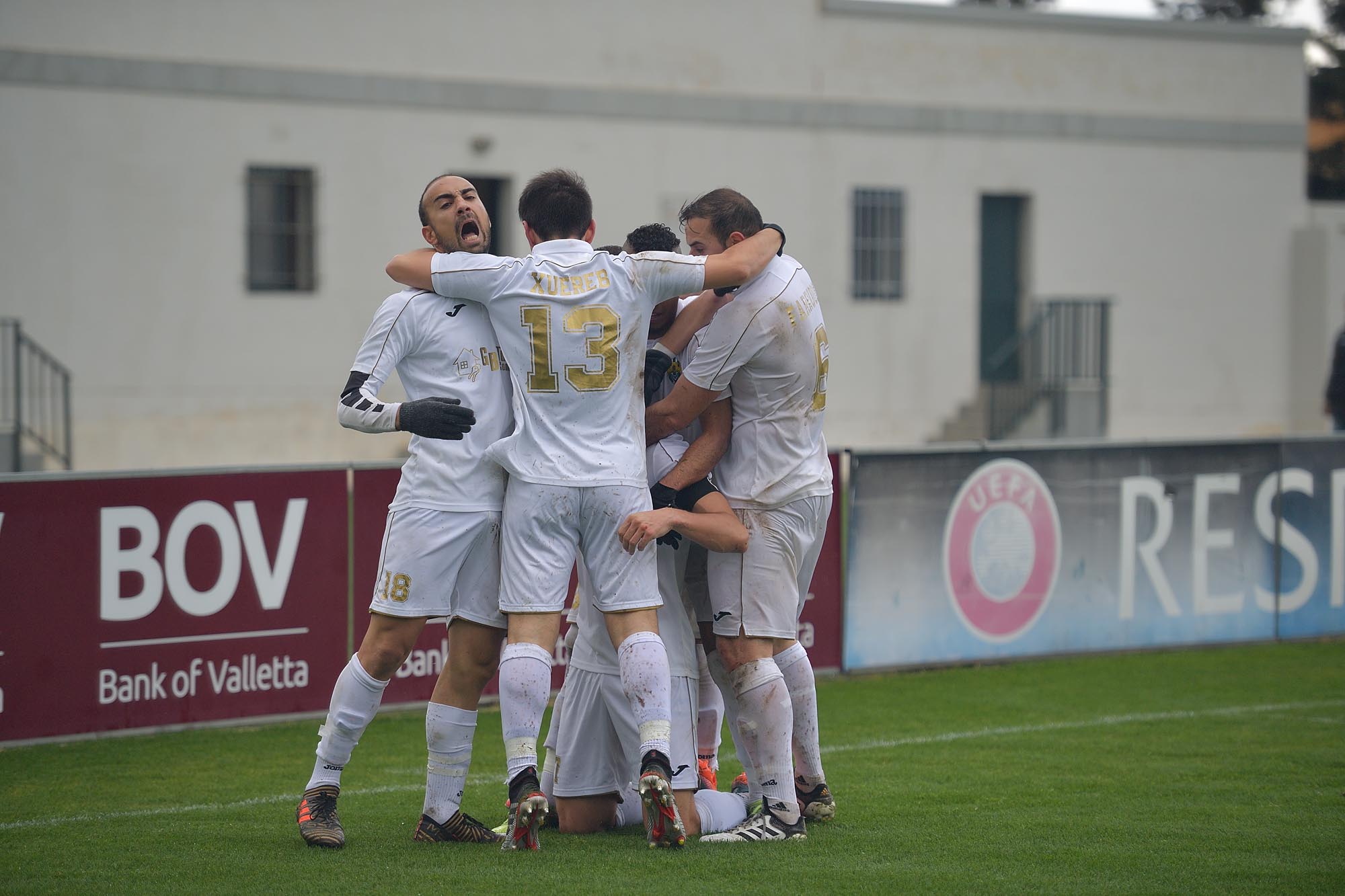 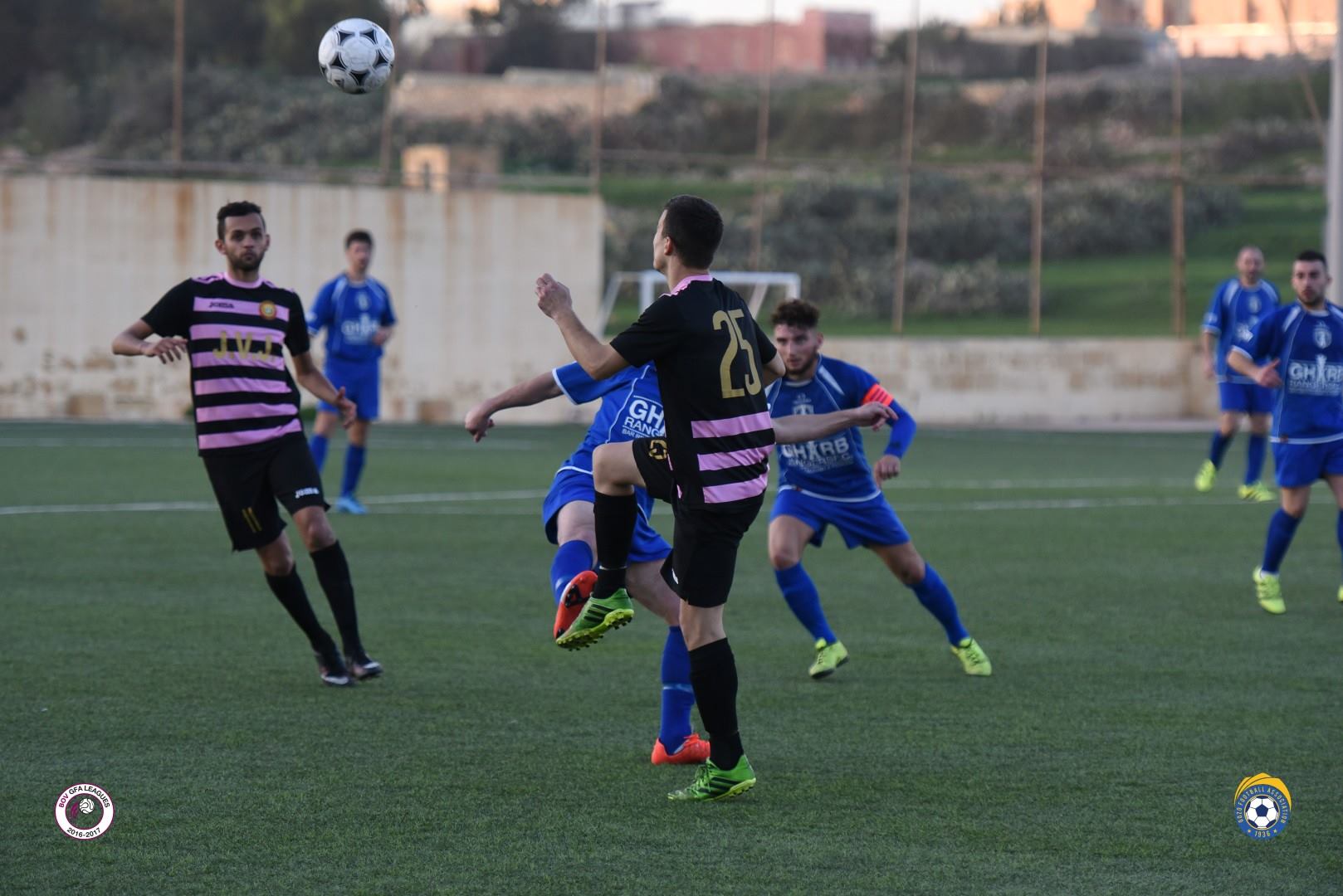 St Lawrence Defeat Gharb and Join the Challengers for Promotion 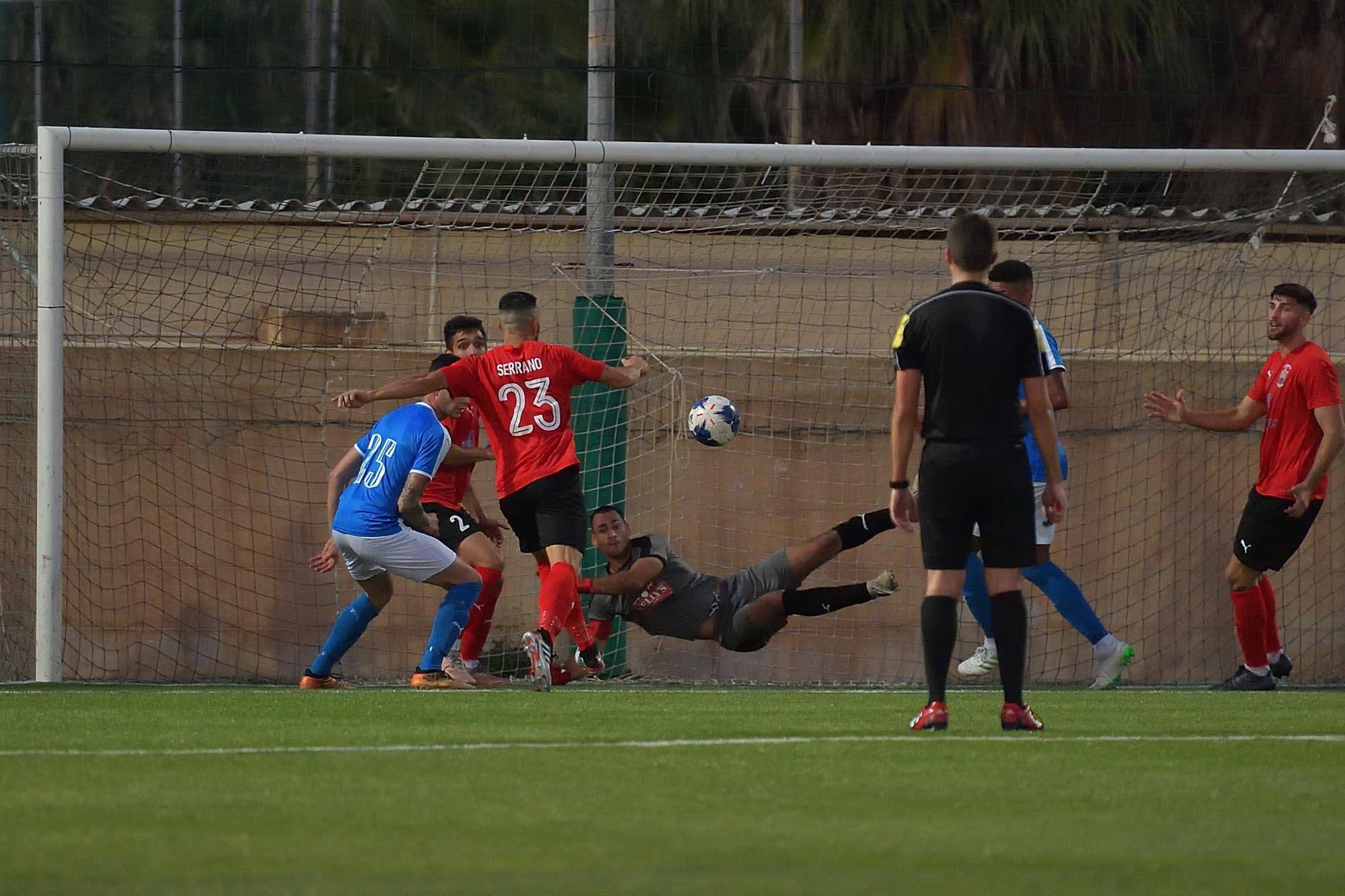