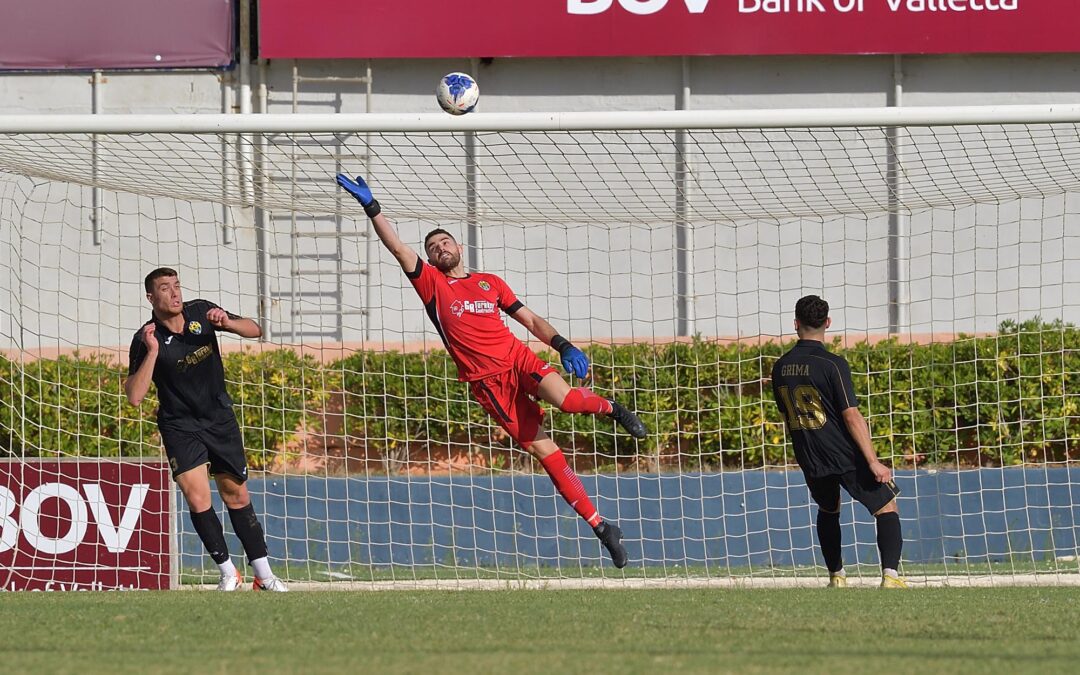 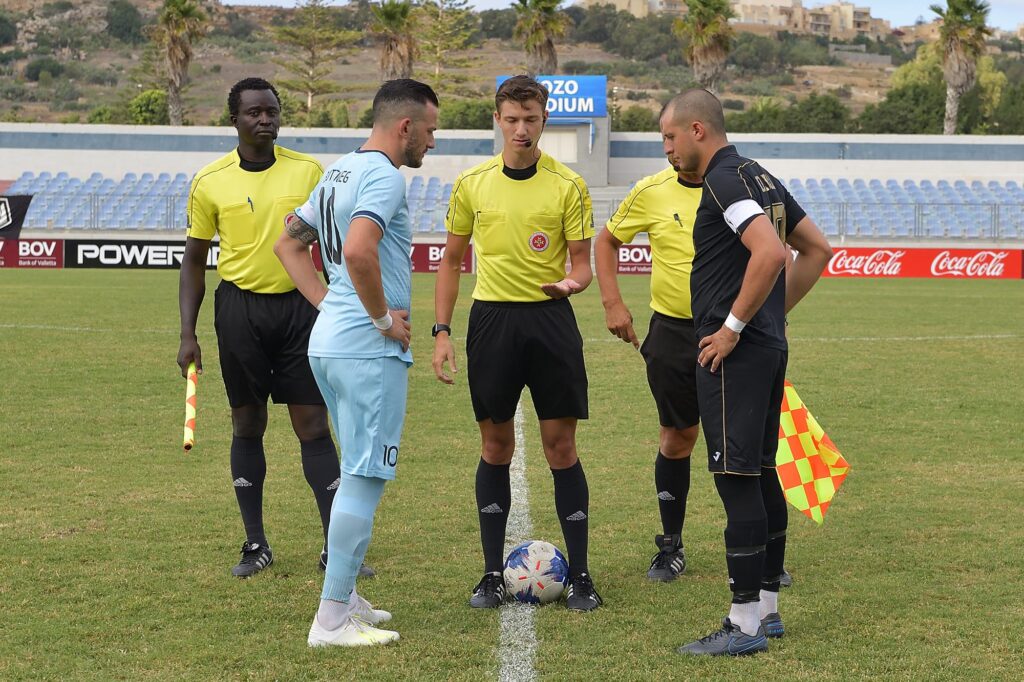 In the main match from Match-Day 3 of the BOV Gozo Football League of the first division, Xewkija Tigers registered a 4-1 win over Ghajnsielem so that the former retained a place at the upper part of the table.  This was a match between two sides who were undefeated in their first two matches of the championship are were, therefore, aiming to win the full points at stake to extend their positive start. Ghajnsielem had two wins from their first two matches and could have remained with maximum points with a win from this match.  On the other hand, Xewkija were coming from a draw in their previous match against Victoria Hotspurs and therefore needed the win to remain very close to the top of the table with the other main challengers for the title.

The match lived up to the expectation as the outcome was uncertain for more than an hour of play.  Xewkija held more of the initiative during the first half and took the break with a one-goal lead. However, Ghajnsielem has a strong reaction after the break, levelled the score and started to share more play with their opponents.  However, the Blacks conceded a penalty midway through the second half and found it extremely difficult to recover the score so that at the end they suffered two more goals. With this result, Xewkija remains on equal points with Victoria Hotspurs who are both trailing leaders Nadur by two points. 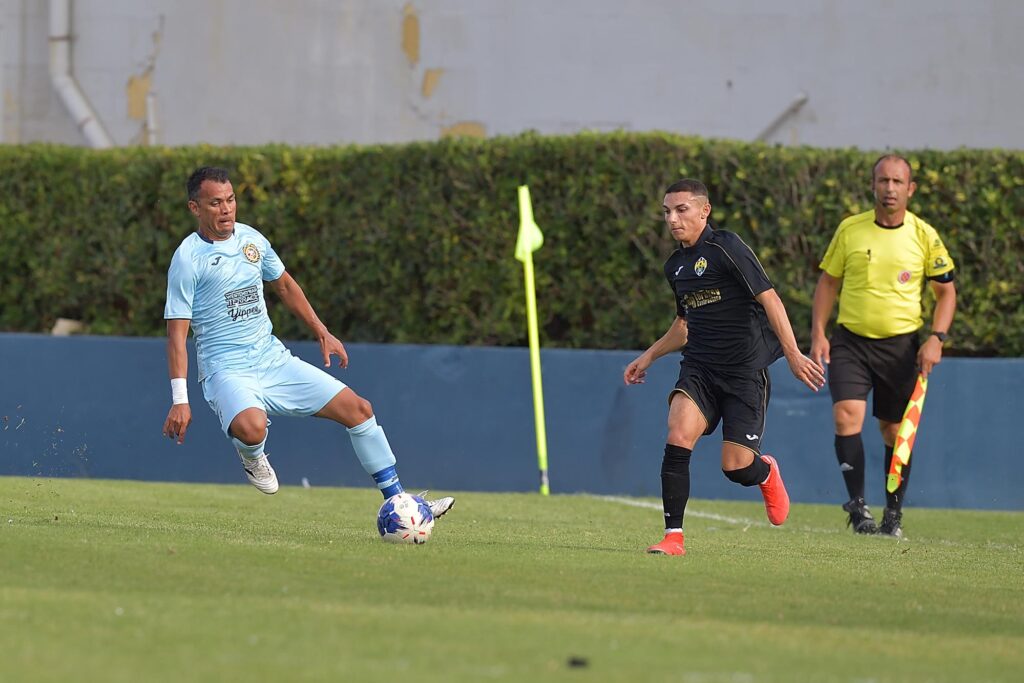 During the opening minutes of the encounter, the play was well contested as Xewkija tried to take command of play but the Blacks were well deployed and managed to resist to the pressure.

2’ A strike from outside the area by Xewkija’s Claudio Frances ended wide.

5’ Xewkija’s Claudio Frances unmarked Rodney Buttigieg inside Ghajnsielem’s area but the latter had his close-ranged attempt blocked to a corner by goalie Franklin Vella.

9’ A free-kick by Xewkija’s Jackson Da Lima got a deflection inside Ghajnsielem’s area and the ball arrived to Jose Carlos Nogueira Junior who had a close-ranged shot well turned to a corner by goalie Franklin Vella.

18’ Ghajnsielem replied through a curling shot from outside the area by Michael Bezzina but the ball ended wide.

24’ Xewkija operated a good move from the left flank between Jackson De Lima and Jose Carlos Nogueira Junior but Jackson De Lima concluded badly after turning around a defender and the ball ended awy from goal.

26’ Ghajnsielem’s goalie was called to make a good save following a free kick by Claudio Frances.

29’ Ghajnsielem could have surprised their opponents when Igor Nedeljkovic passed through Xewkija’s defence from the right flank and from his ross a first-timer by Jhon Arboleda Valencia ended over the crossbar.

30’ A shot by Xrewkija’s Jose Carlos Nogueira Junior was neutralised by Ghajnsielem’s keeper.

35’ Xewkija’s Claudio Frances had an attempt from a free kick that ended wide.

36’ (1-0) Xewkija opened the score when Jackson De Lima entered Ghajnsielem’s area from the left flank and from his cross Rodney Buttigieg deflected the ball but Jose Carlos Nogueira Junior was at the right placed and hit the ball just to turn the direction towards an open goal.

45+2’ Xewkija could have doubled the score when Jose Carlos Nogueira Junior entered the area with a personal action but hesitated to conclude and at the end, his effort was blocked by the defence.

65’ Xewkija should have capitalised better swhen Ghajnsielem’s defence failed to clear the ball from the goalmouth following a free kick by Jose Carlos Nogueira Junior but Jackson De Lima hit badly and dfender James Tabone cleared the danger to a corner.

68’ (2-1) Jackson De Lima converted from the spot kick to put Xewkija once again in the lead.

76’ (3-1) Xewkija’s substitute Claudio Antunes headed inside Ghajnsielem’s area a free kick from long distance by Claudio Frances and Rodney Buttigieg pushed the ball in goal with a header.

85’ (4-1) Xewkija made sure of the win when Claudio Frances took the ball from Ghajnsielem’s defence and from his cross Claudio Antunes headed in goal despite the pressure form a direct opponent.

90+1’ An effort by Xewkija’s Jackson De Lima was well saved to a corner by goalie Franklin Vella.

90+3’ Claudio Frances once again passed through Ghajnsielem’s defence but from his inviting cross Claudio Antunes had his shot on the run that ended over the crossbar. 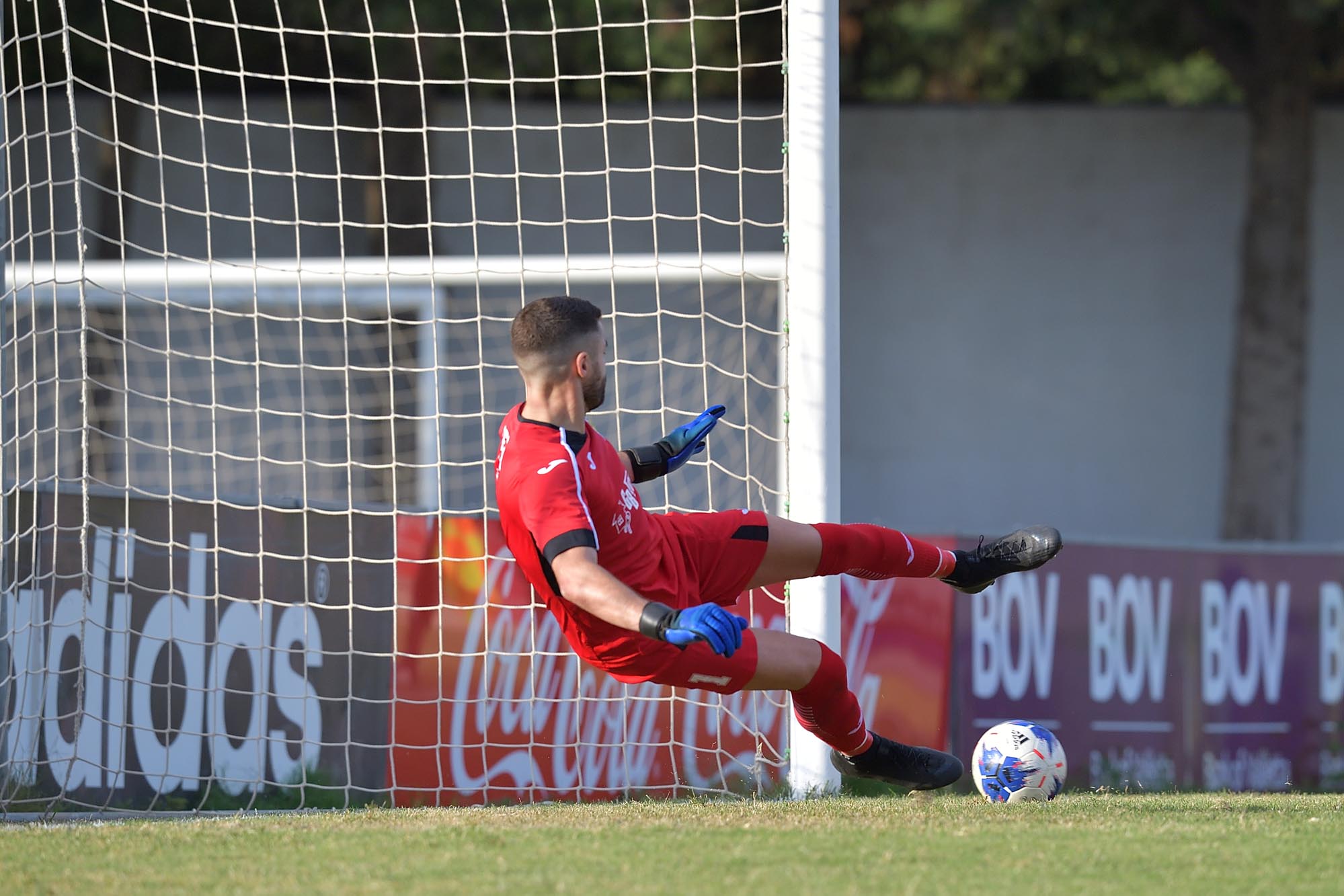 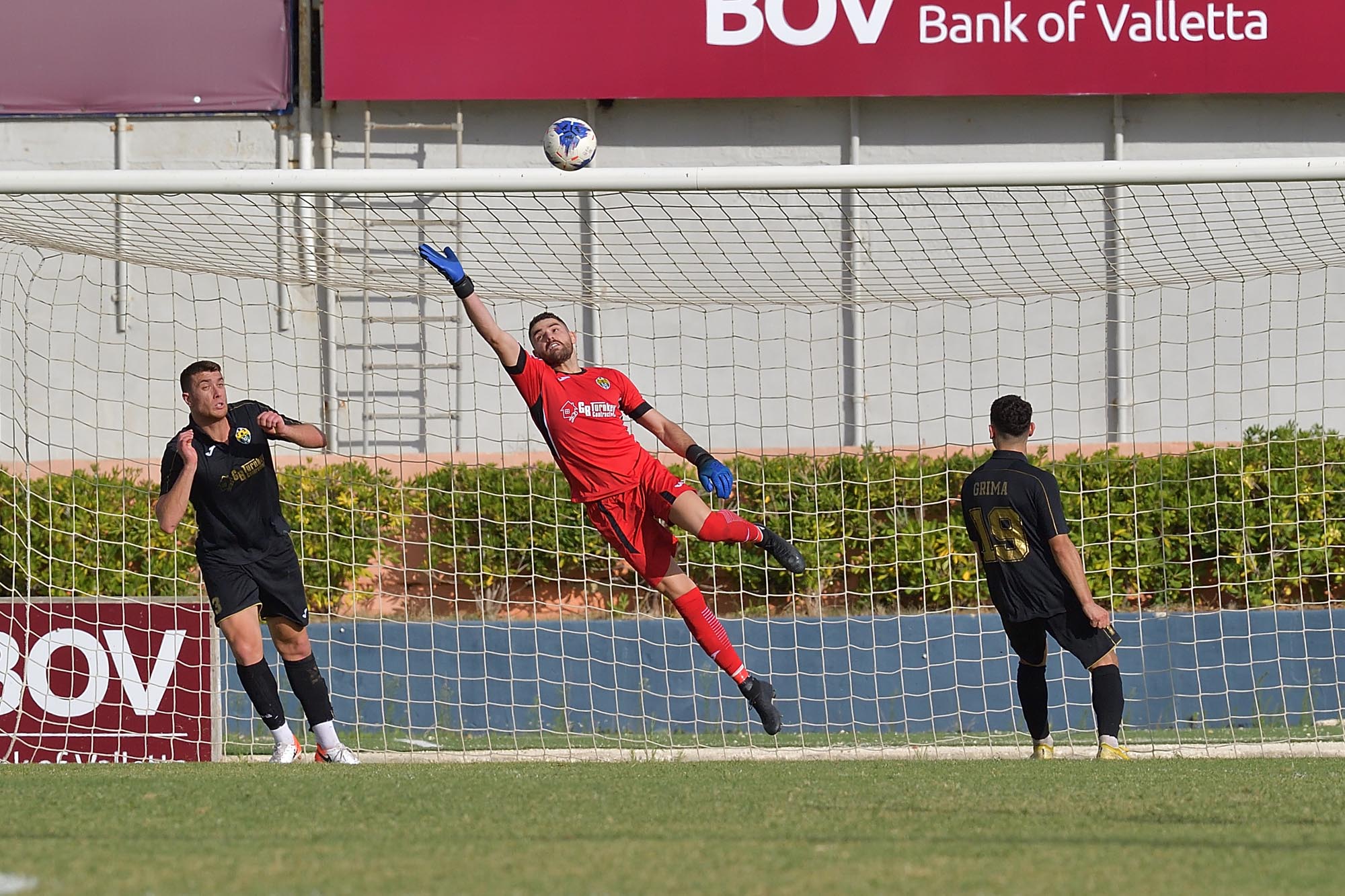 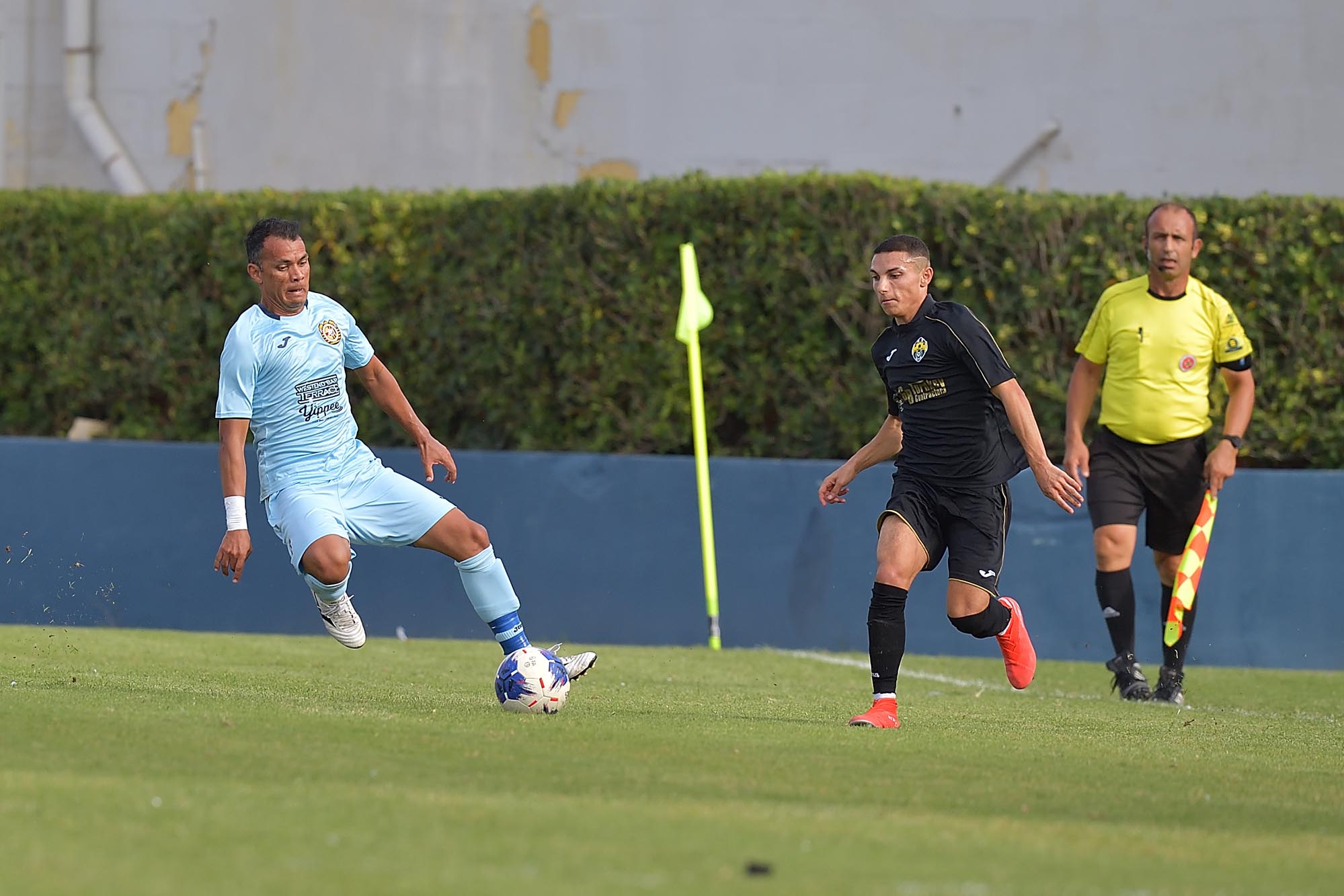 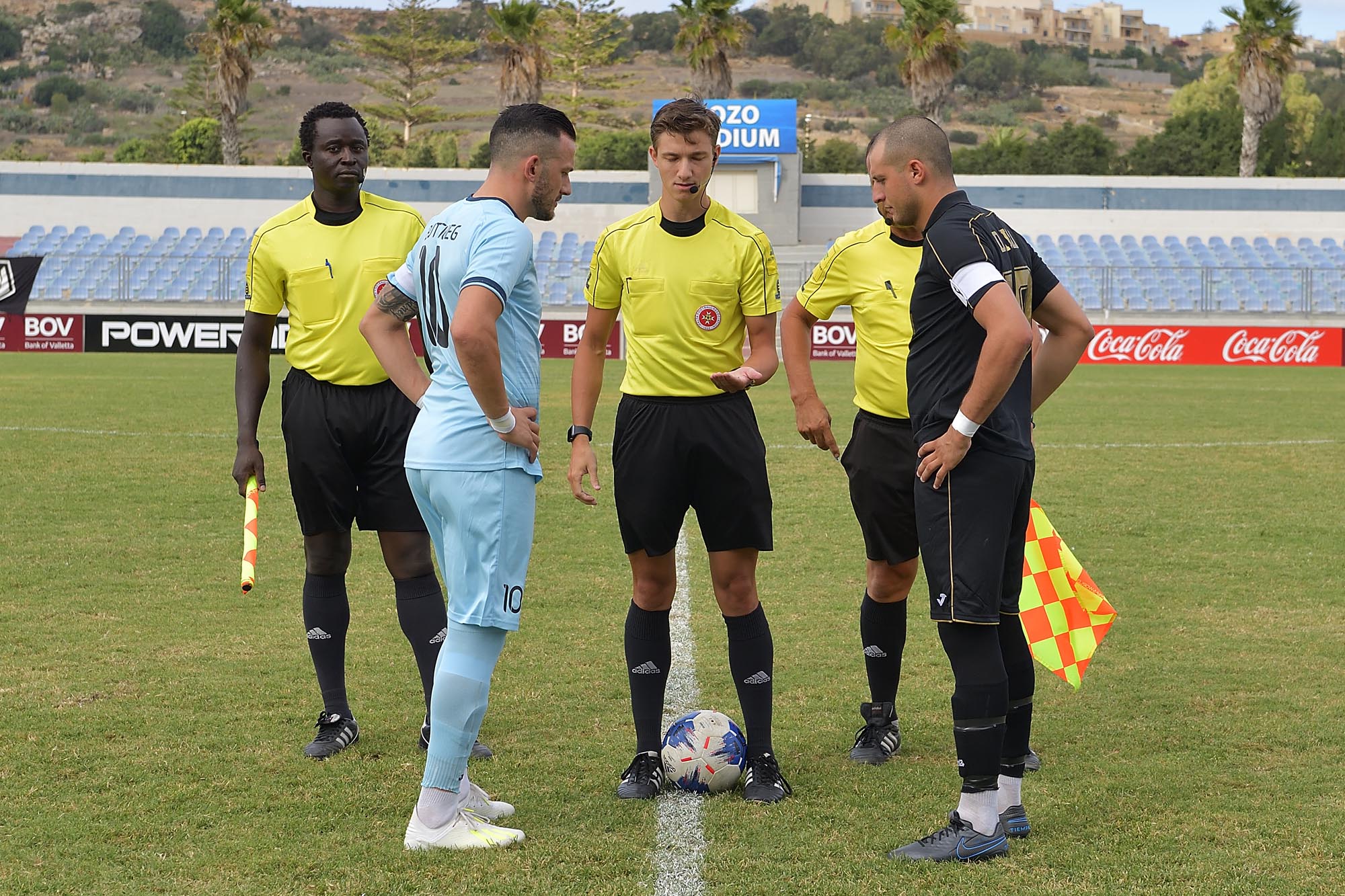 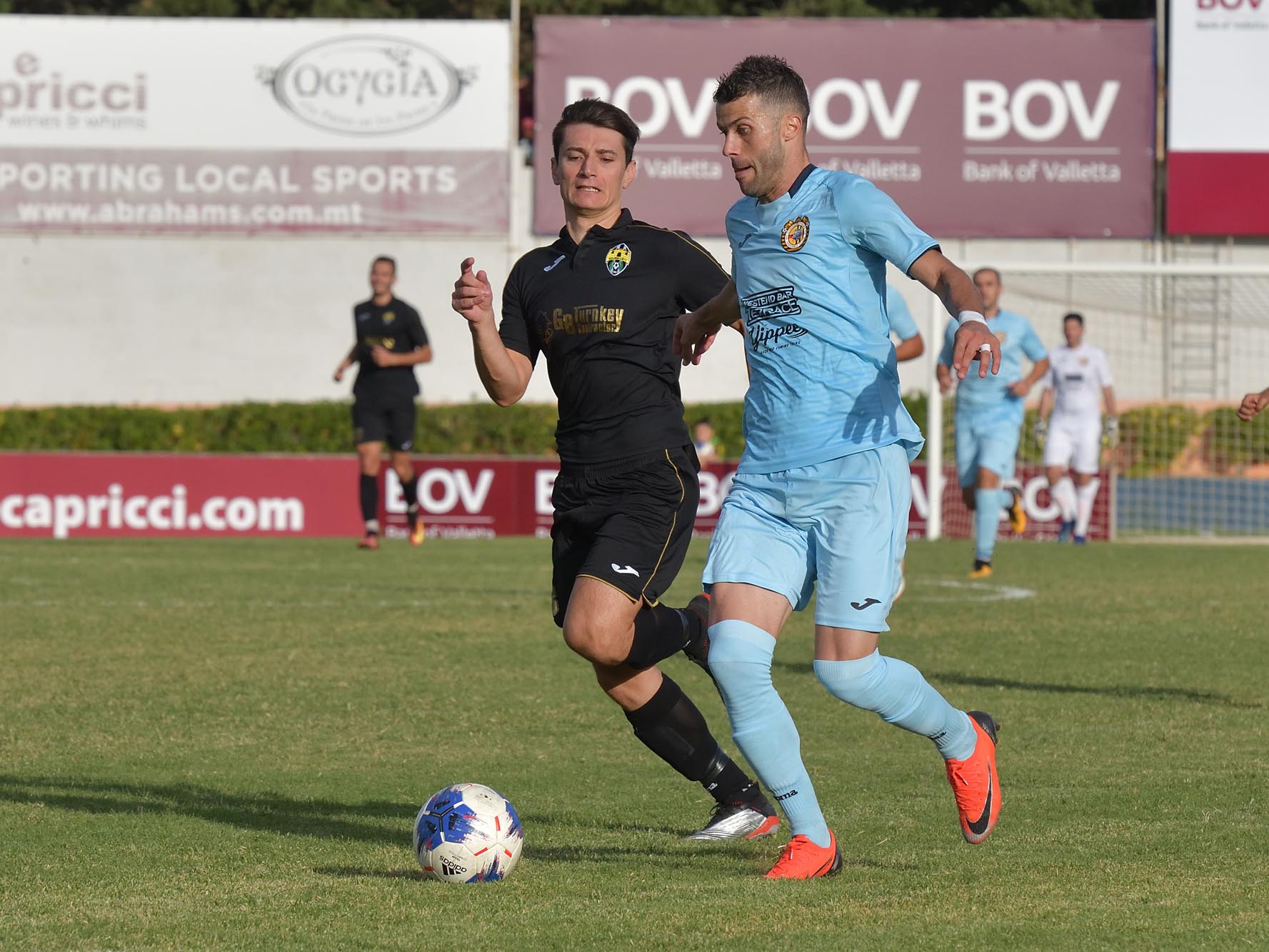 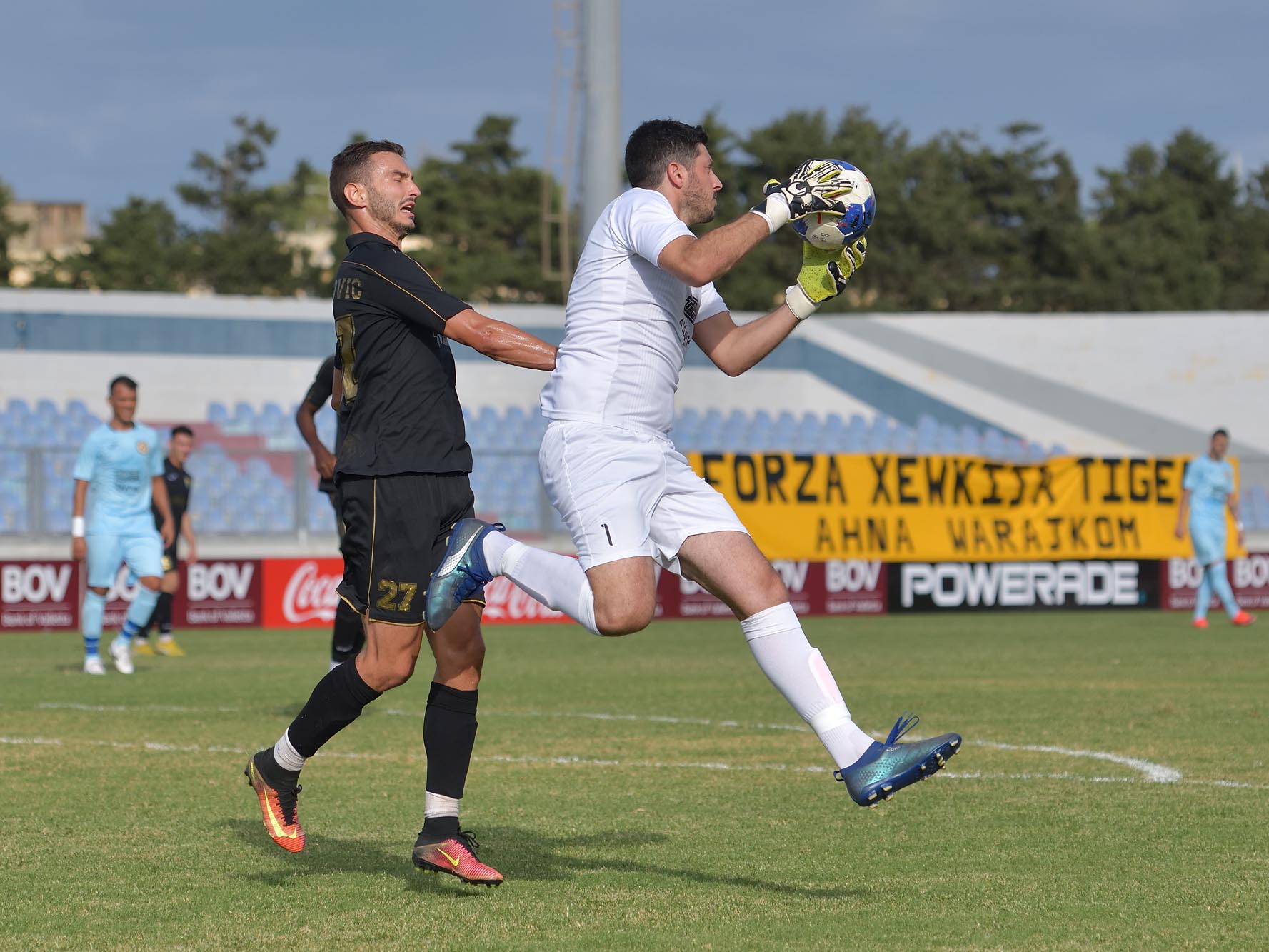 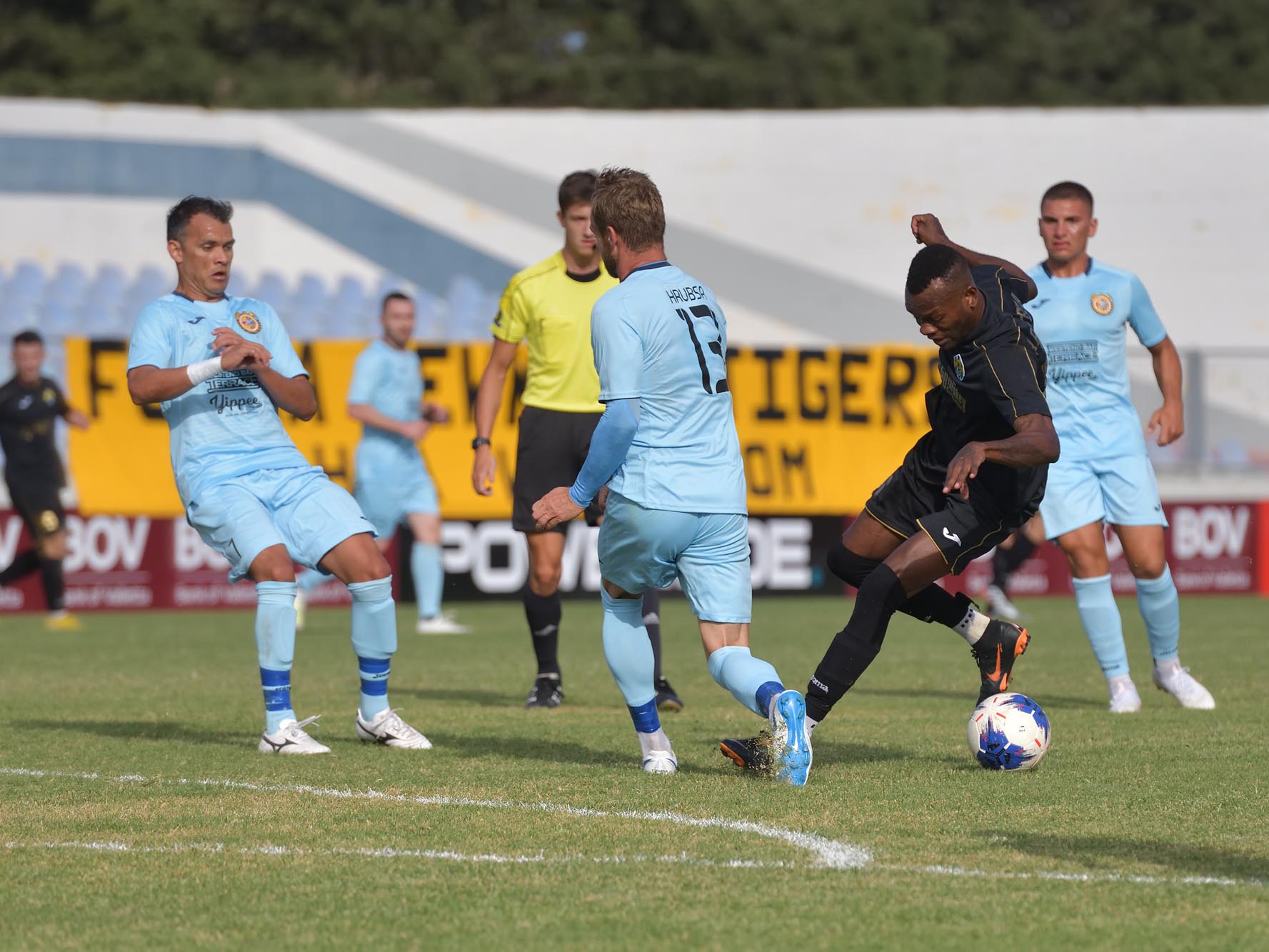 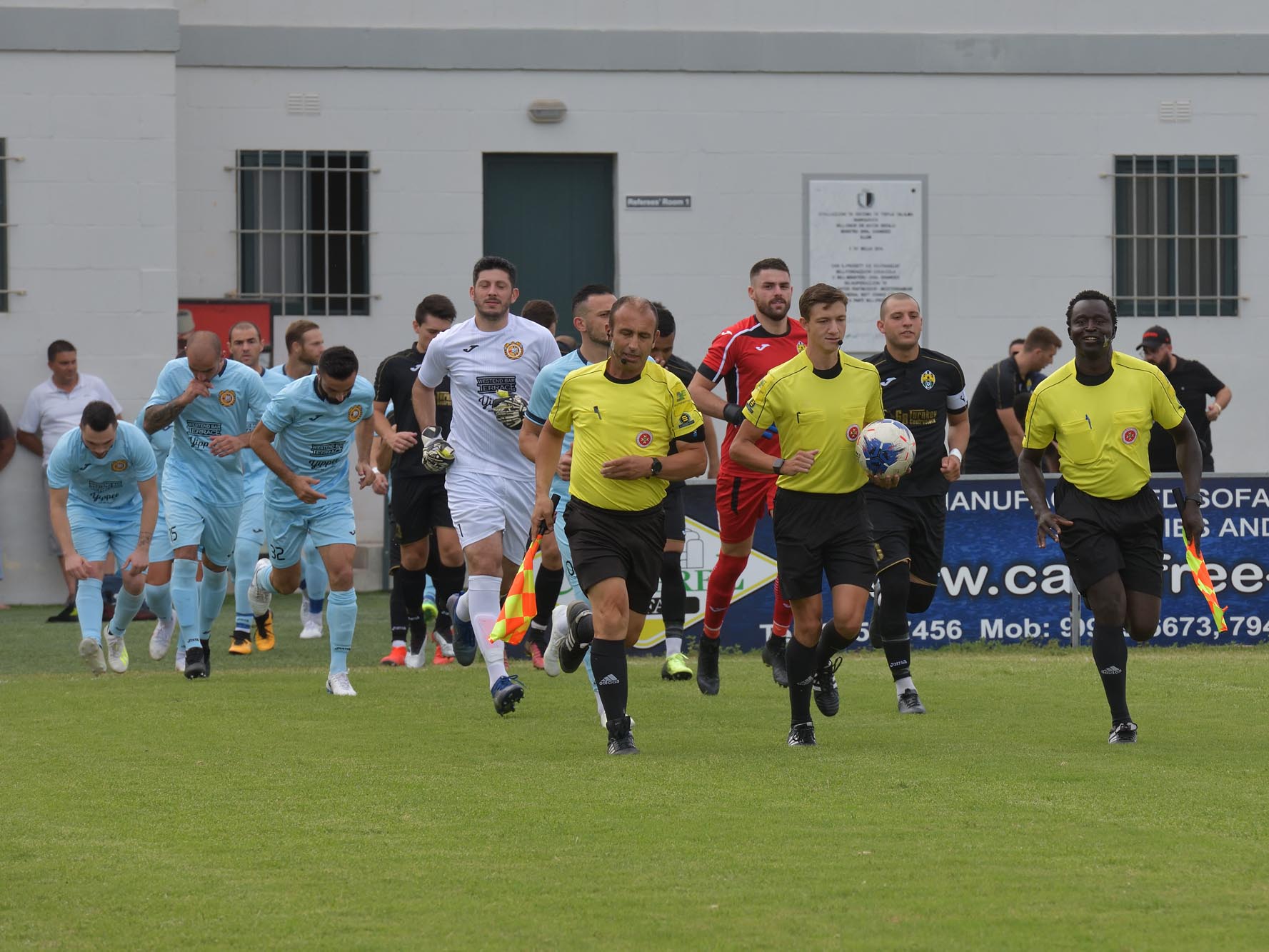