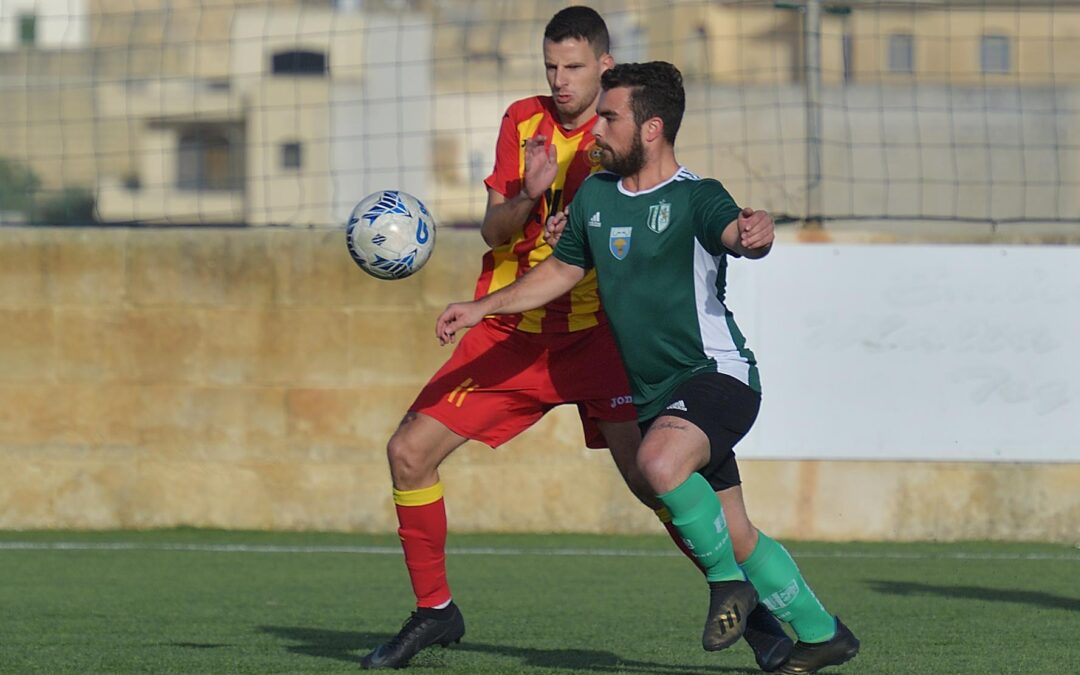 In the first match from the second round of the BOV Gozo Football League for the second division, Sannat  Lions earned three more points form a 2-0 win over St Lawrence Spurs and extended their excellent start in the campaign to six consecutive wins form the first six matches of the competition.  Sannat Lions, therefore, remain on maximum points and opened a gap of nine points from the same St Lawrence on the table. Sannat also have an eight-point lead over contenders for promotion Oratory Youths but the latter have a game in hand. This match was considered as an opportunity for St Lawrence to re-open the race for promotion as they were coming from three consecutive wins and were hoping to defeat the leaders to reduce their gap to just three points.  However, in this match Sannat expressed their superiority in the category. Sannat once again made good use of their experience by holding control of play and clinched the full points at stake by taking full advantage of the extra player on the field of play during the second period and with two goals scored during the final stages of the encounter. With this result, Sannat confirmed that they are the hot favourites to win the second division league and to return to the top flight next season.

Sannat came out more aggressive than their opponents.

6’ Sannat went very close to score an early goal but a header from a good position by Ebube Ralph Okpokwu was stopped by the crossbar.

10’ In another occasion Sannat threatened St Lawrence’s rear guard but another header by Ebube Ralph Okpokwu from a corner kick by Christian Debono ended wide.

21’ Sannat’s striker Joseph Zammit had a shot from a good position that ended high.

26’ St Lawrence could have produced more danger from an action by Matthias Michael Uzor who released Jason Theuma but the latter saw his shot from outside the area that ended wide.

32’ Sannat replied with a shot from outside the area by Christian Vella that got a deflection by the defence and the action ended in a corner.

45’ (red card)  St Lawrence were reduced to ten players when James Grima was sent off following a second caution received for a foul on Ebube Ralph Okpokwu.

For the second period Sannat tried to take advantage of the extra player on the field but St Lawrence continued to be well deployed at their defence and made it very difficult for Sannat to produce serious danger within their area.

59’ A free kick by Sannat’s Joseph Zammit was blocked by the wall and from the rebound, the same Zammit had his shot from outside the area that was saved in two attempts by St Lawrence’s goalie Angelo Brignoli.

65’ St Lawrence’s goalie Angelo Brignoli was again called to make a good save following a low shot by Antoine Camilleri who entered the area with personal action.

71’ The same goalkeeper was well placed to neutralise another attempt by Sannat’s Joseph Zammit following an attempt from a free-kick by the same player that was initially blocked by St Lawrence’s defence.

77’ St Lawrence’s central defender Daniel Micallef denied Sannat’s Antoine Camilleri from scoring when he blocked to a corner from the goalmouth the shot by Sannat’s striker.

78’ (0-1) From the same corner kick by Sannat’s Christian Vella, Joseph Buttigieg headed towards St Lawrence’s goal and from the resultant melee, Joseph Zammit pushed the ball in goal to put his side in the lead.

82’ St Lawrence replied through an attempt by Jason Theuma that was well saved by Sannat’s goalie Matthew Muscat.

86’ St Lawrence had another opportunity to save the result when Matthias Michael Uzor entered Sannat’s area with a personal action but his shot from a good position ended away from goal.

89’ Sannat went close to scoring but Ebube Ralph Okpokwu concluded incredibly high with a shot on the run following a personal action.

90+2’ (0-2)  Sannat sealed the win with the second goal when Antoine Camilleri entered St Lawrence’s area from the right flank and from his inviting cross Ebube Ralph Okpokwu fired easily into an open goal from close distance. 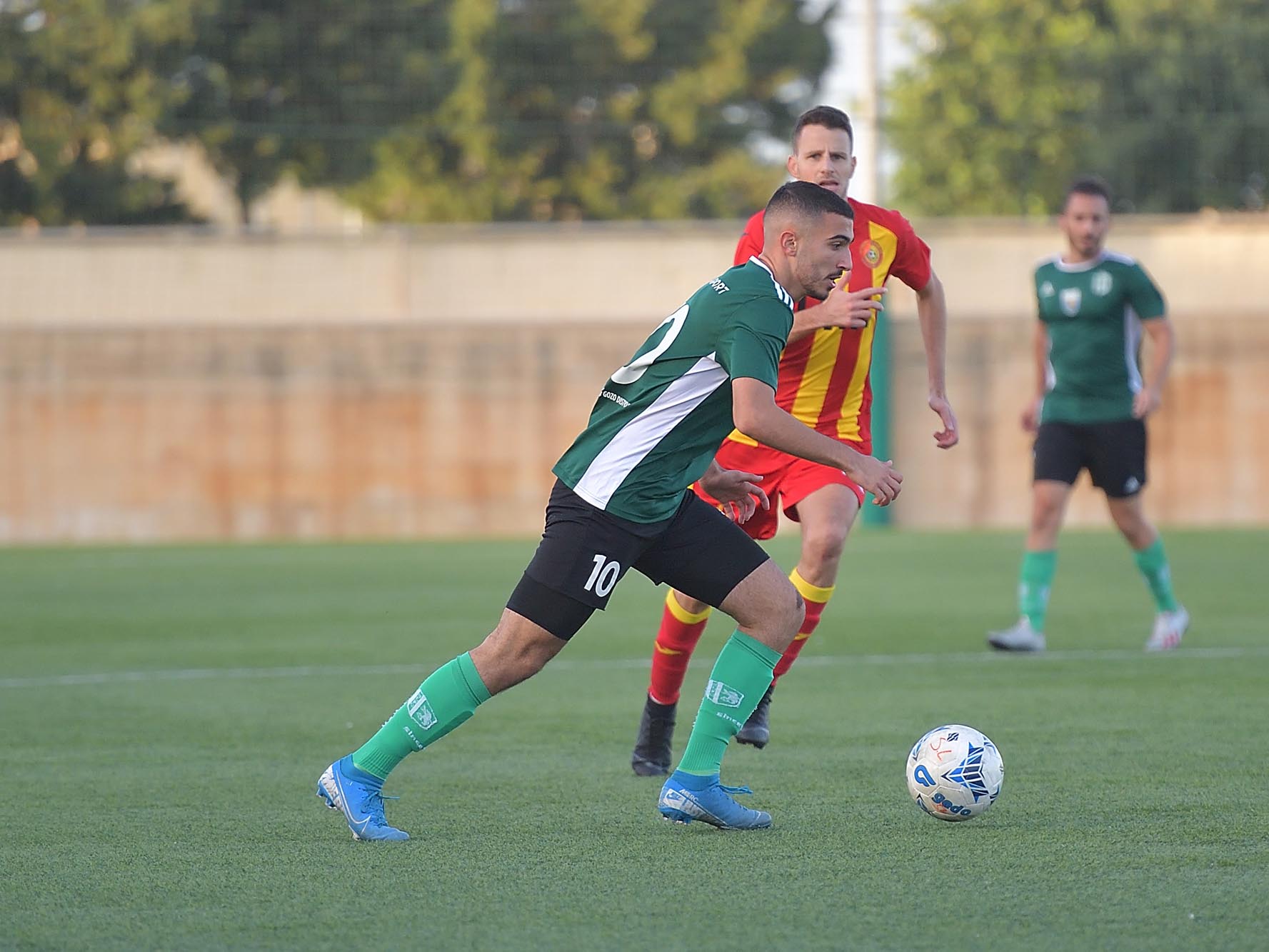 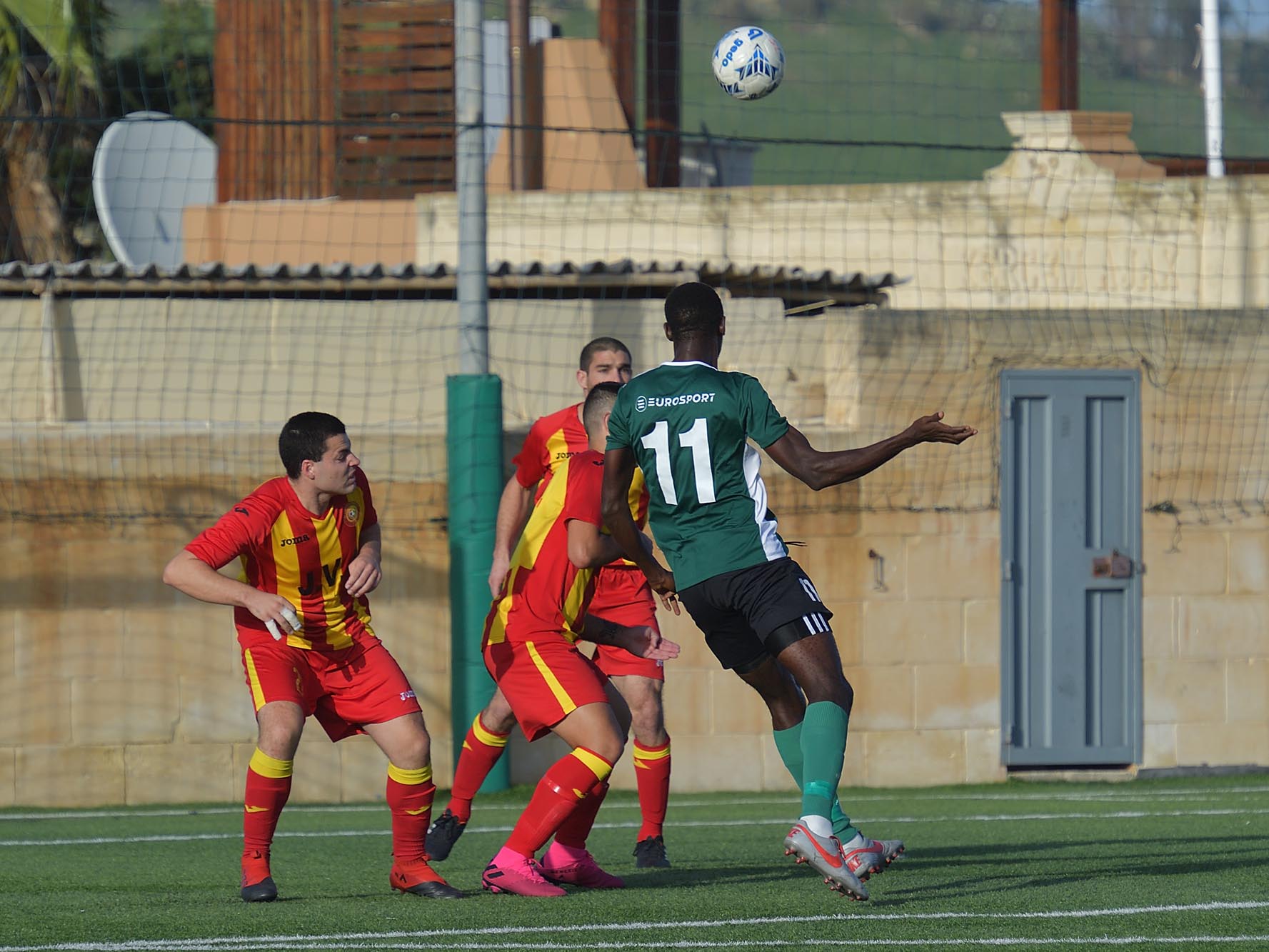 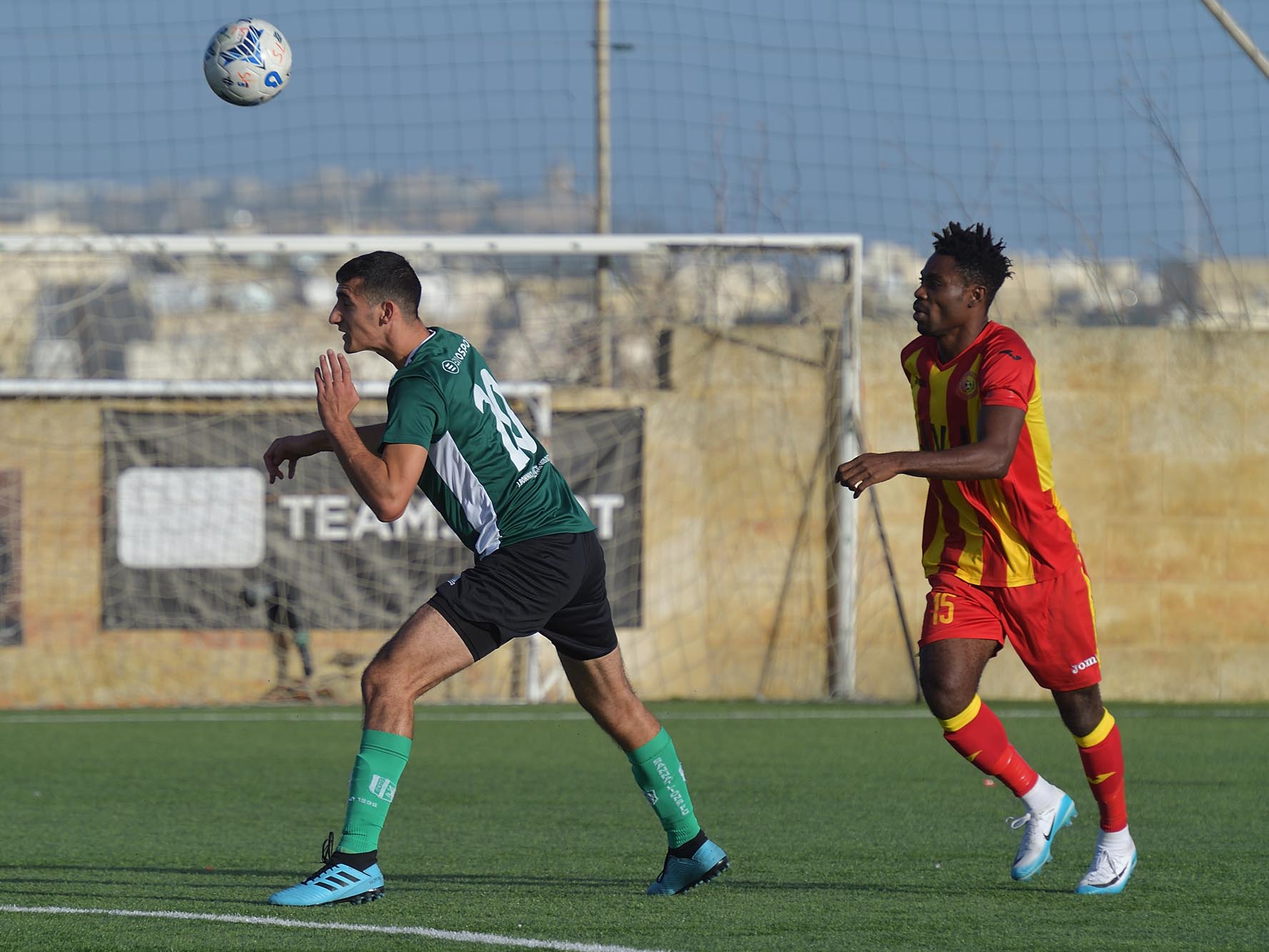 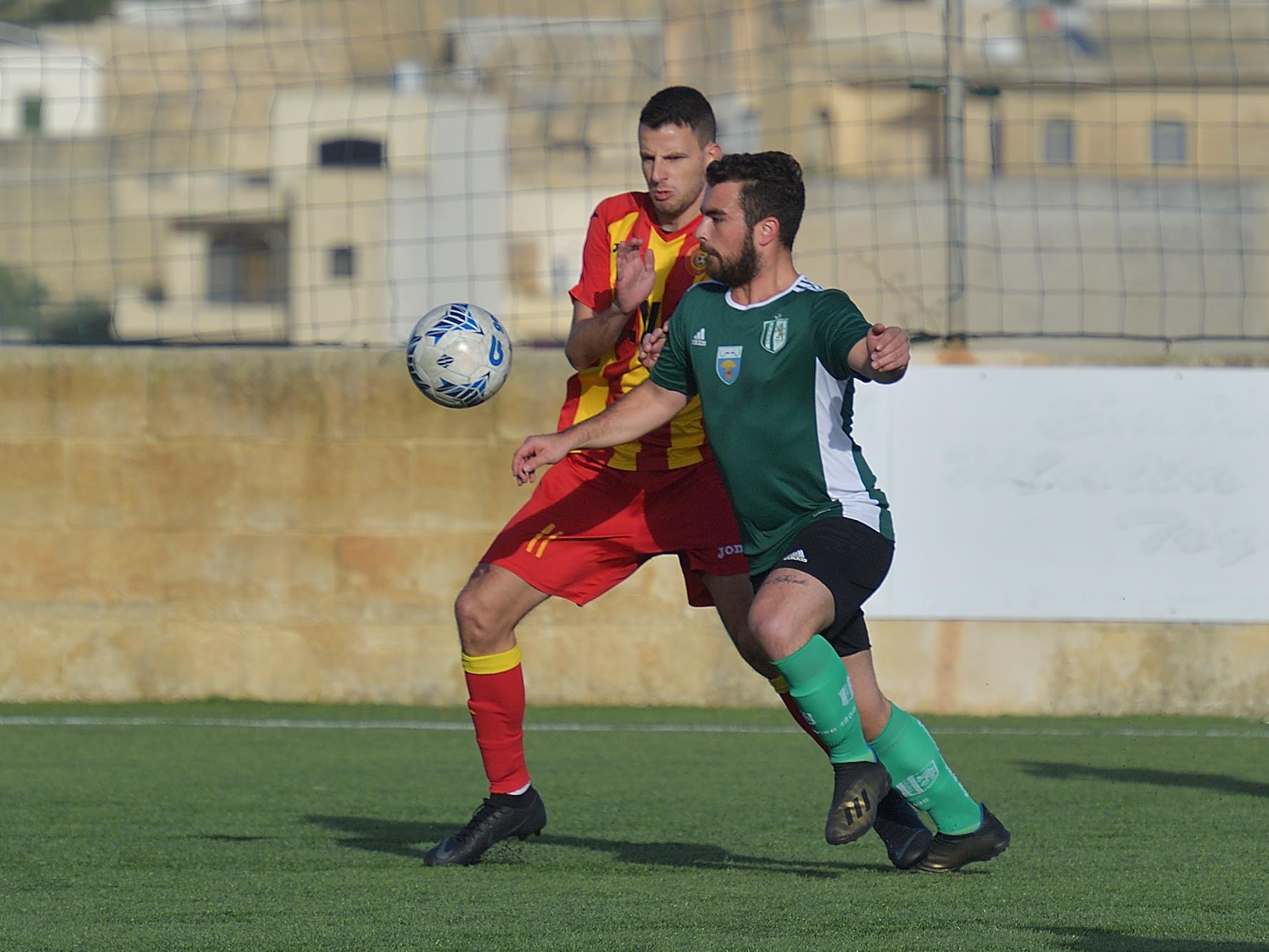