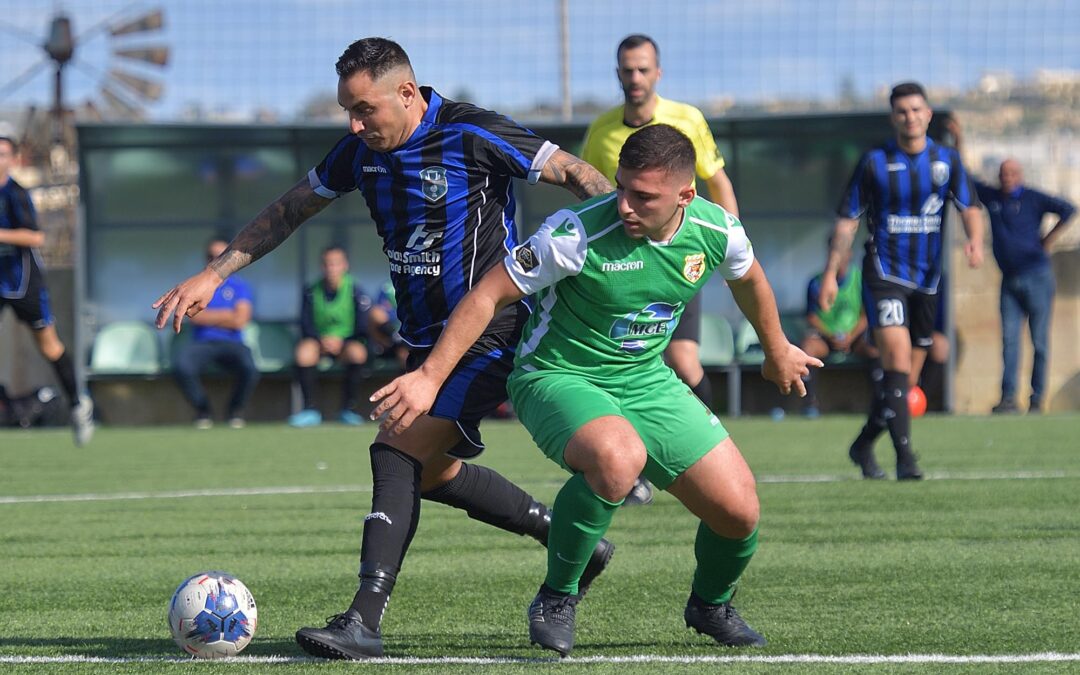 In the first match from the Quarterfinals stage of the Knock-Out competition for the first division, Xaghra United obtained a 1-0 win over Kercem Ajax so that they earned the qualification to the semi-finals of the competition.  Xaghra’s win was hard earned as they suffered Kercem’s territorial supremacy during the first half and had to play throughout the second period with a player less on the field. However, Xaghra capitalised from a scoring opportunity at the opening stages of the second period and managed to defend their lead until the end of the encounter.  This was Xaghra’s third consecutive win in three different competitions and on this occasion, they confirmed the improvement expressed in their previous matches following a very disappointing start in the championship.

Play took place mainly in the midfield during the opening minutes but as time passed by Kercem became more offensive and produced some pressure over Xaghra’s rearguard.

13’ The first serious attempt at goal arrived through an initiative by Kercem’s Ali Oularbi that ended just high.

17’ In another occasion a shot by Nathaniel Mercieca was neutralised by Xaghra’s keeper Lorjean Xuereb.

21’ Xaghra replied through a strike from outside the area by Rodrigo Ost Dos Santos that ended just over the crossbar.

28’ Kercem’s Ali Oularbi had a shot form an angled position that ended on the side of the net.

33’ Xaghra produced a fine move through Luis Andre De Melo Lima who passed through the defence inside Kercem’s area but his low shot ended wide.

39’ Kercem could have concluded with more danger but Xaghraà’ keeper Lorjean Xuereb left his position in time to clear the ball before Borja Polo Longarela could arrive on the ball to hit towards an open goal.

42’ (red card) Xaghra were reduced to ten players when Rodrigo Ost Dos Santos was shown the yellow card for the second time following a foul in the midfield on Owen Spiteri.

45+2’ Kercem threatened Xaghra rear guard through a short from outside the area by Milos Perisic that ended just high.

Xaghra surprised their opponents during the opening minutes of the second period despite the fact that they had a player less of the field of play.

48’ (1-0) Kercem’s defence cleared just outside the area the ball from a corner kick by Joseph George Vella and the ball arrived to an unmarked Kennedy Martins Ribeiro who placed in goal with a low shot.

Kercem’s reaction was sterile as Xaghra were well deployed at the or defence and the goalkeeper was not called to make difficult interventions.

60’ Kercem produced a good move that could have produced more danger when Xaghra’s goalie Lorjean Xuereb punched away inside his area a free kick by Nathaniel Mercieca and from the same action the effort by Borja Polo Longarela was neutralised by the same goalkeeper.

64’ Xaghra’s central defender Kennedy Martins Ribeiro risked to commit an own goal when he deflected to a corner a low cross by Borja Polo Longarela.

80’ Xaghra replied through a header by Gabriel Farrugia following a corner kick by Joseph George Vella that ended wide.

82’ A curling shot from outside the area by Joseph George Vella, after he exchanged the ball with substitute Raffael De Souza Ferreira, ended wide.

83’ Kercem’s substitute Andrea Debrincat headed badly from a good position following a cross by Josiah Buttigieg and the ball ended away from goal.

88’ Kercem had a goal scored by Andrea Debrincat, when he arrived on the ball before Xaghra’s kleeper following a through pas by substitute Jean Paul Mizzi, but the referee disallowed for an offside infringement.

90’ A first timer by Kercem’s Andrea Debrincat following a header inside Xaghra’s area by Sergio Martinez Villa ended over the crossbar.

90+4’ (red card) Kercem were also reduced to 10 players when Thomas Vella received a second yellow card for a foul in the midfield on Xaghra’s substitute Jacob Kyle Farrugia. 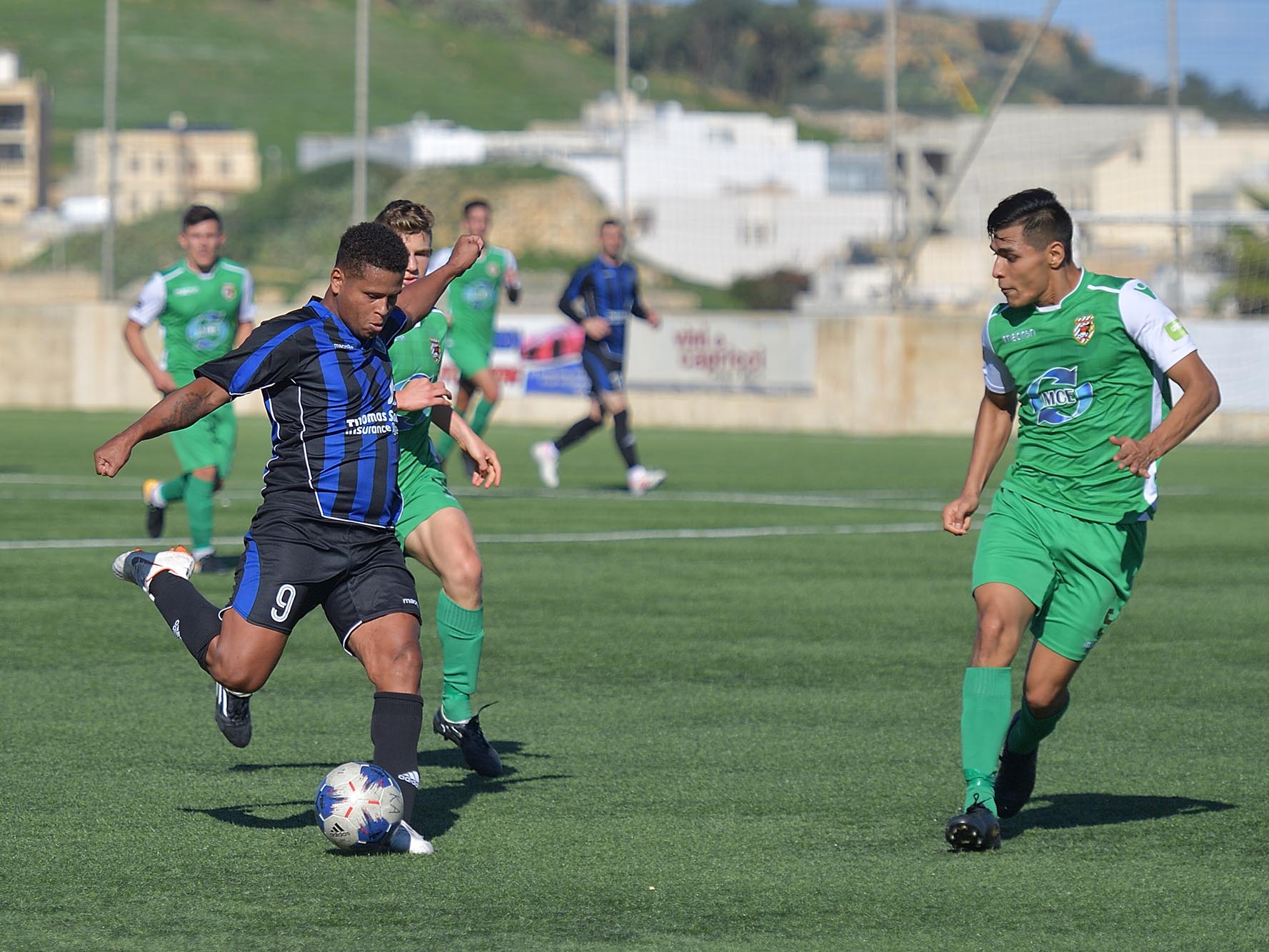 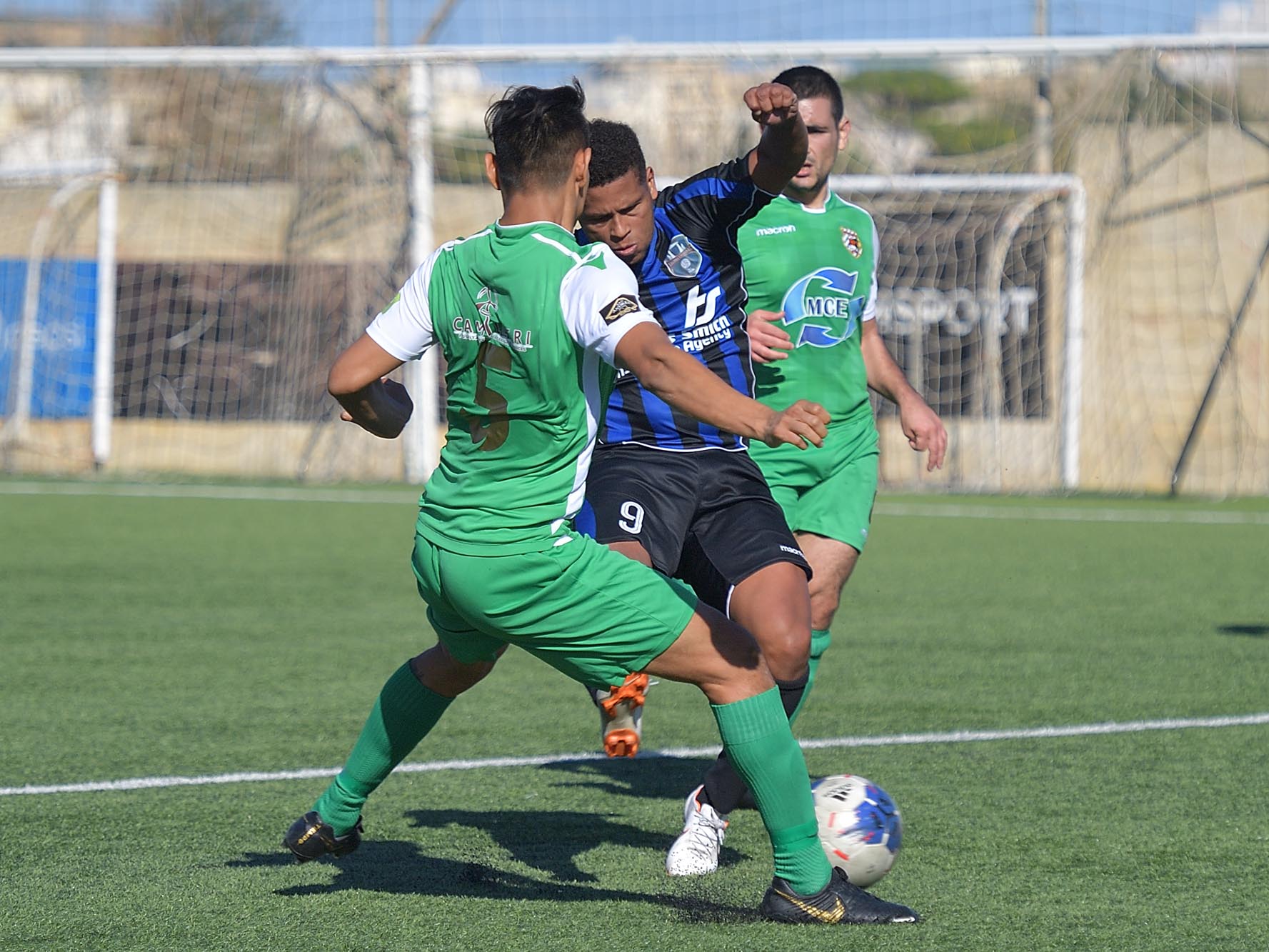 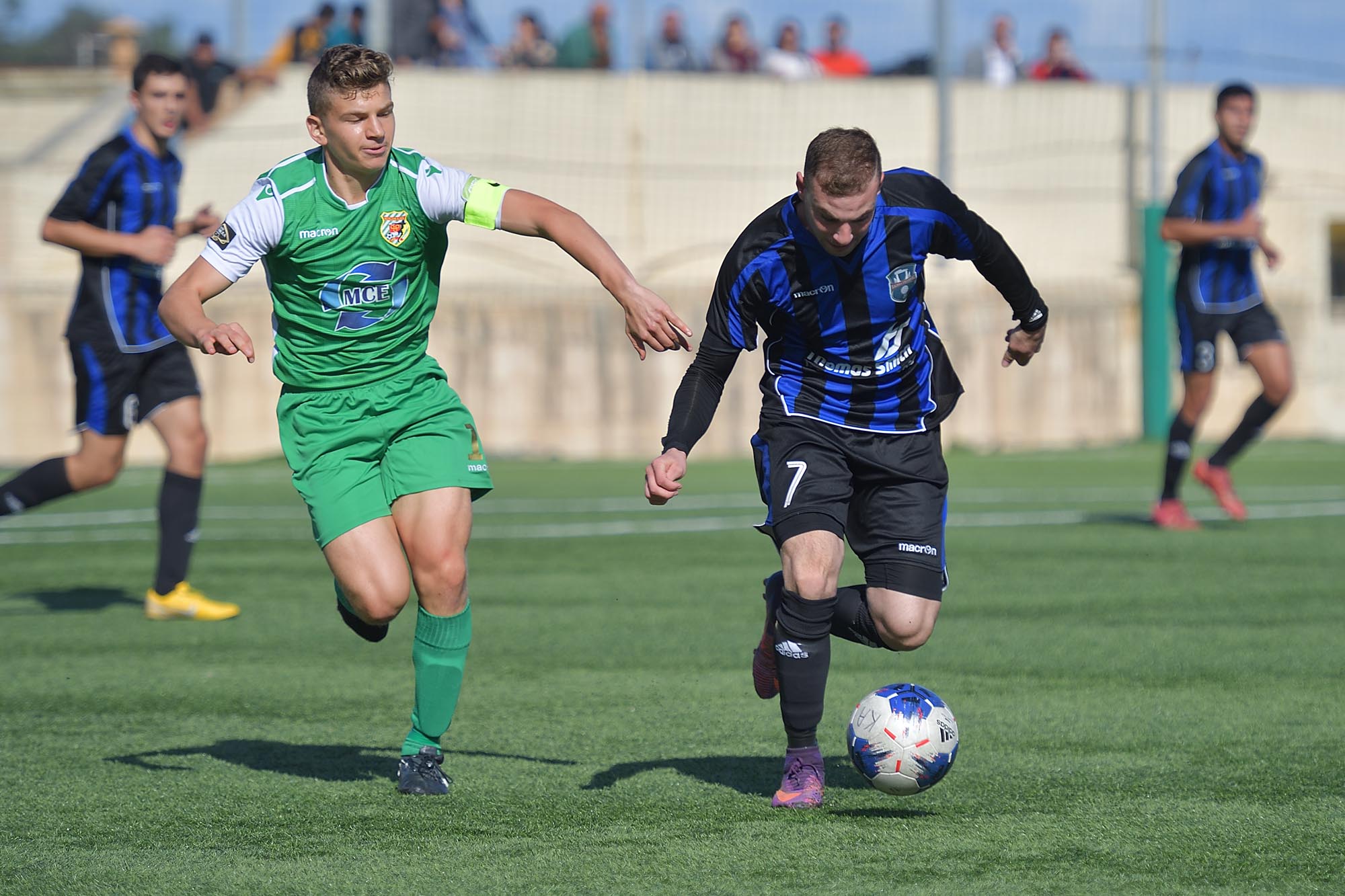 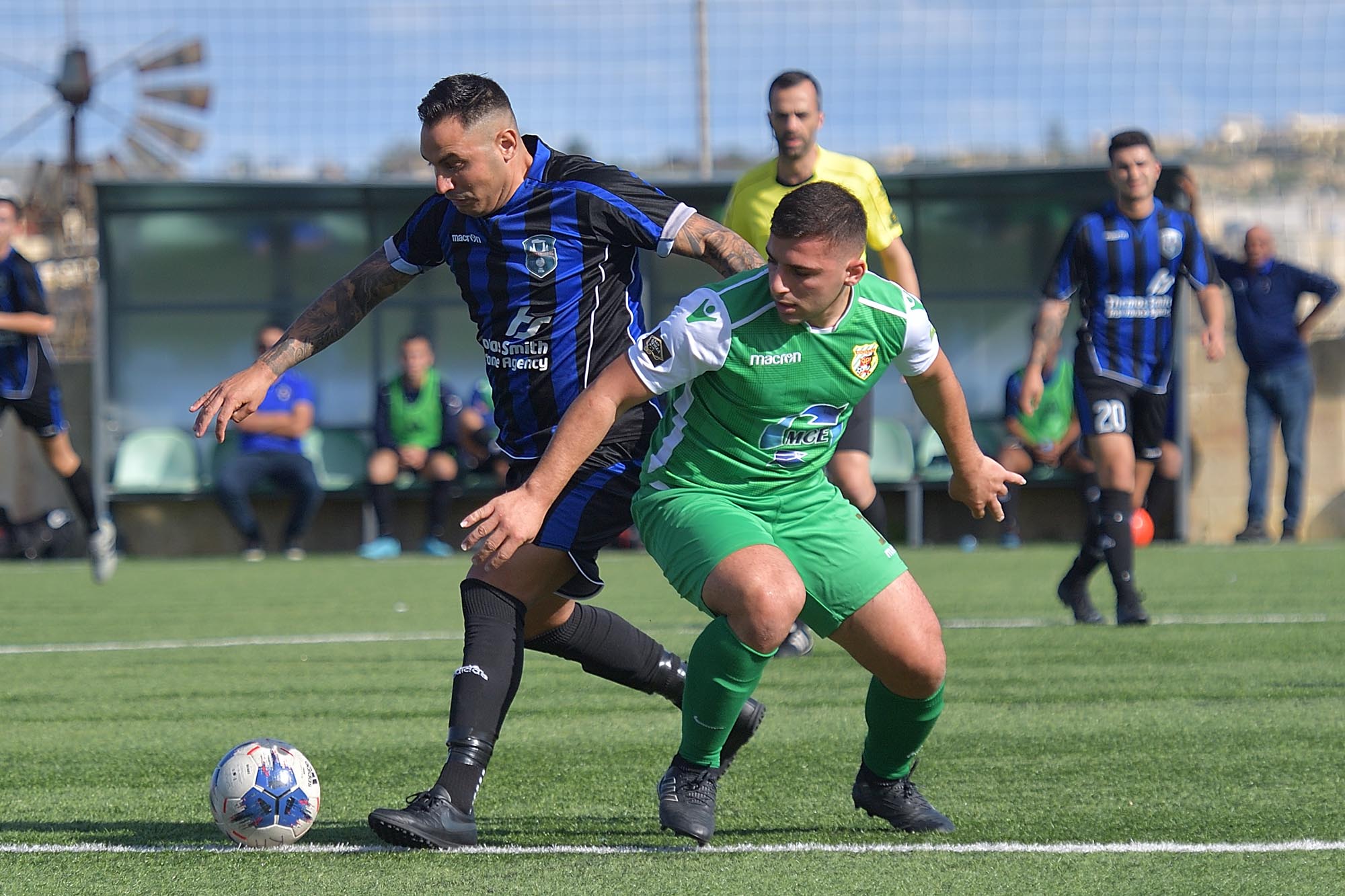 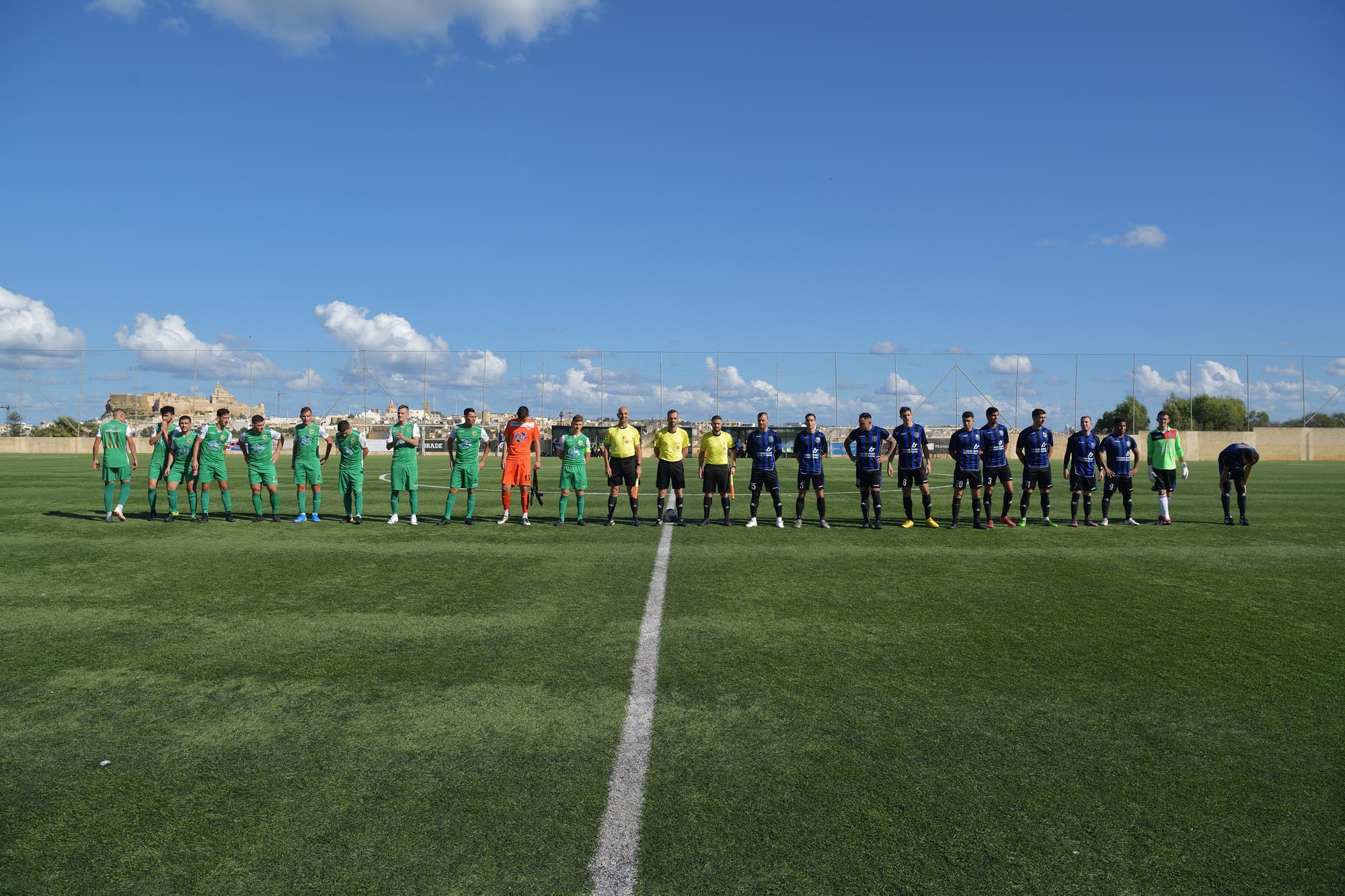 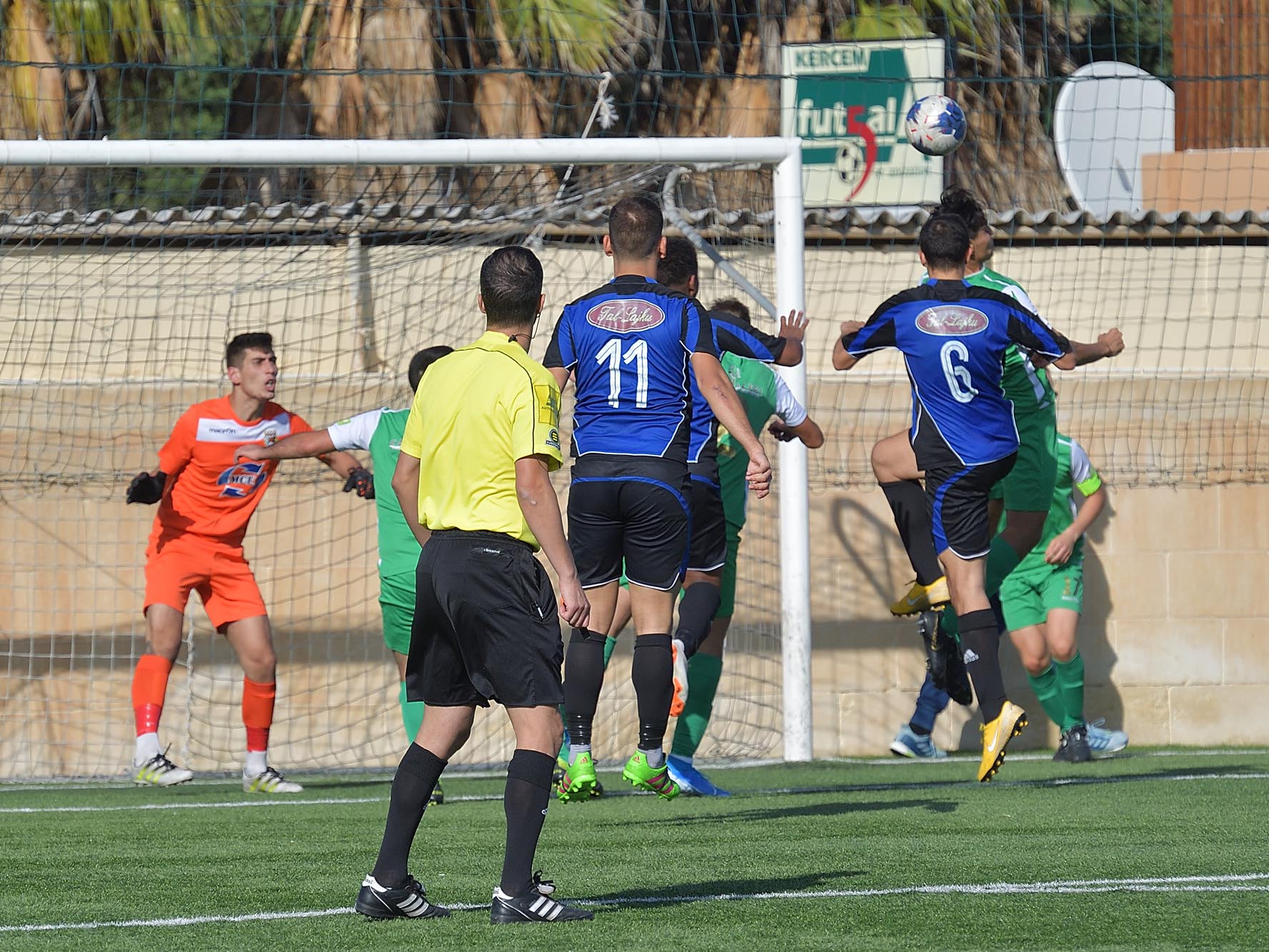 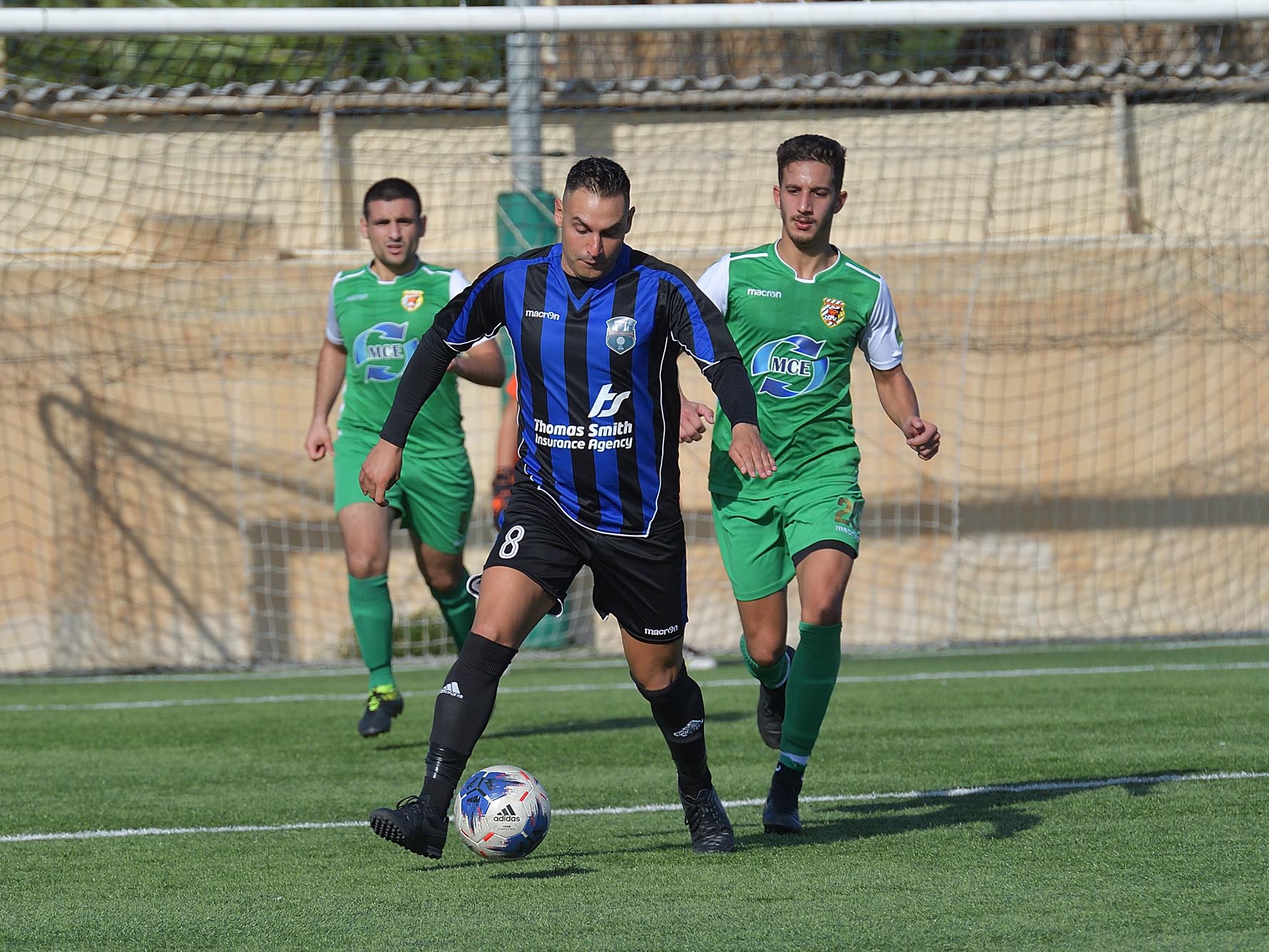 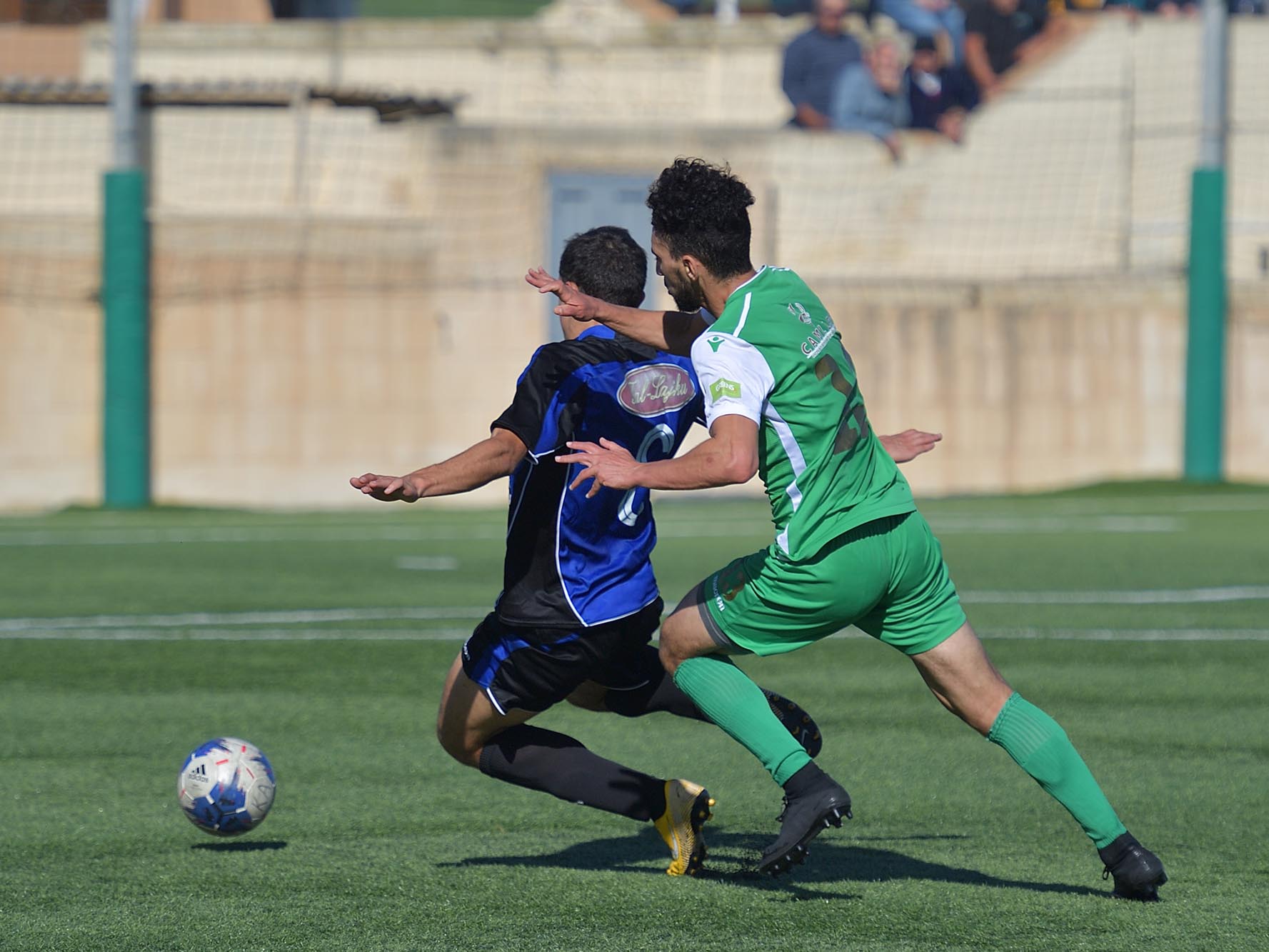 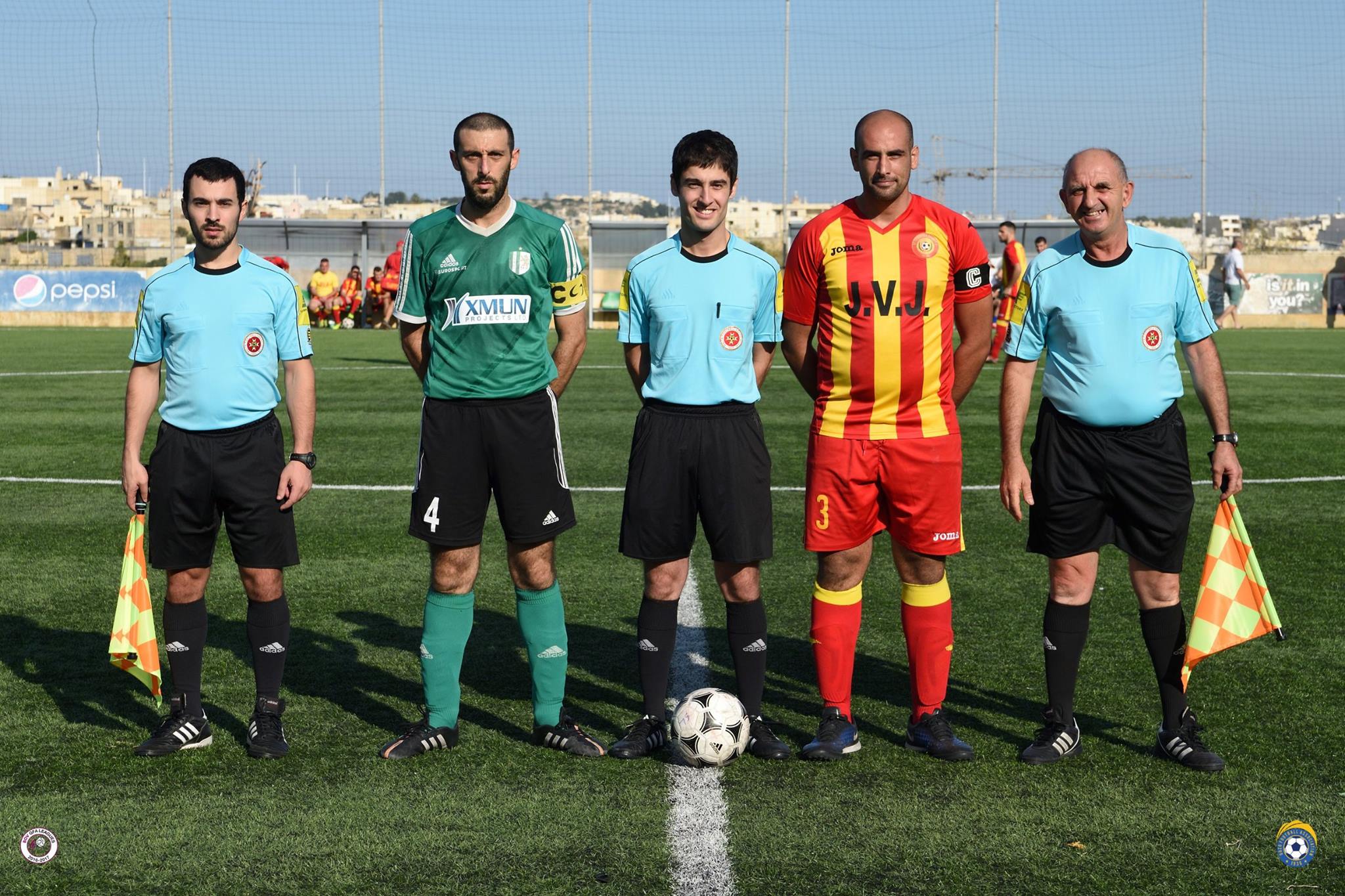 Sannat back to winning ways 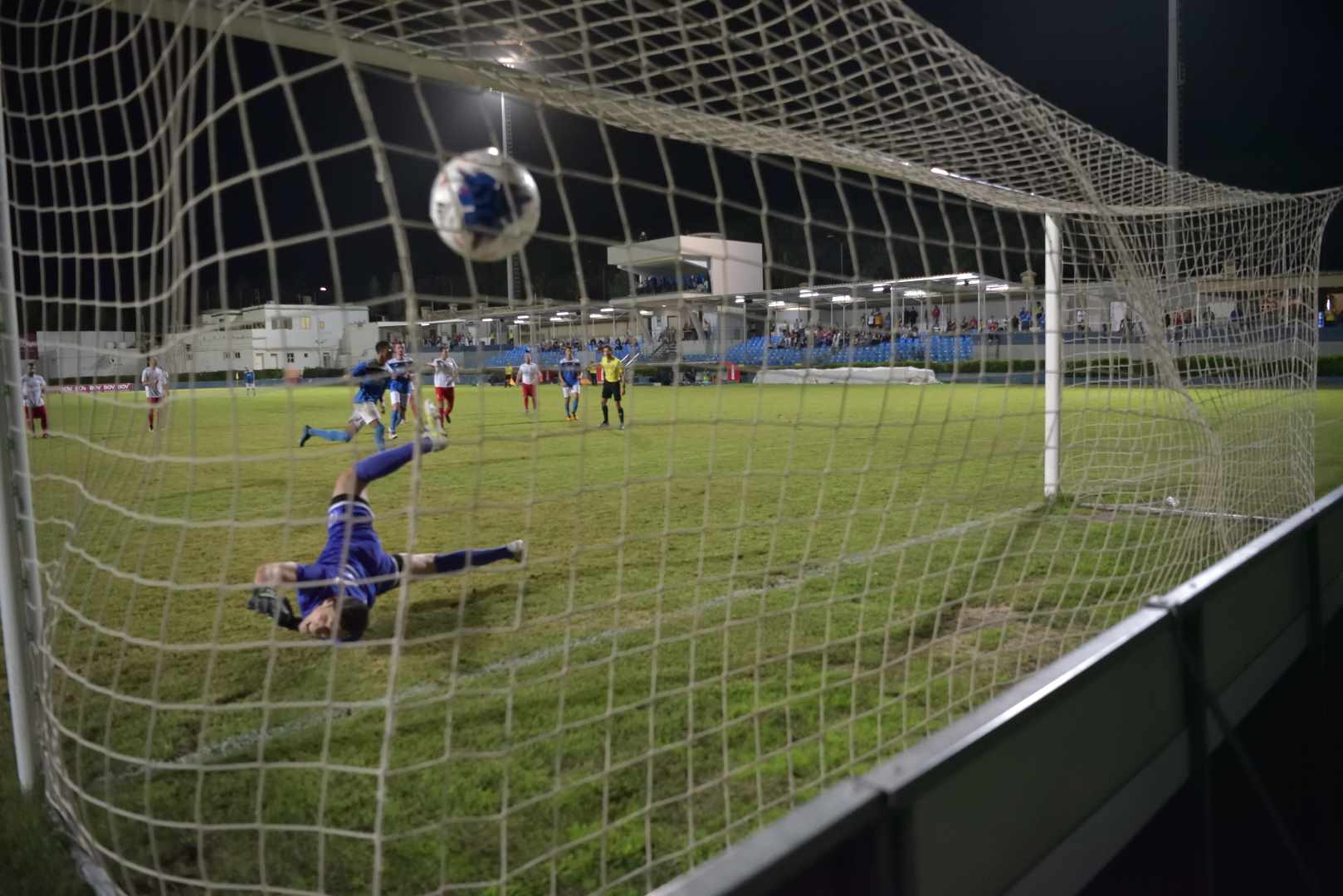 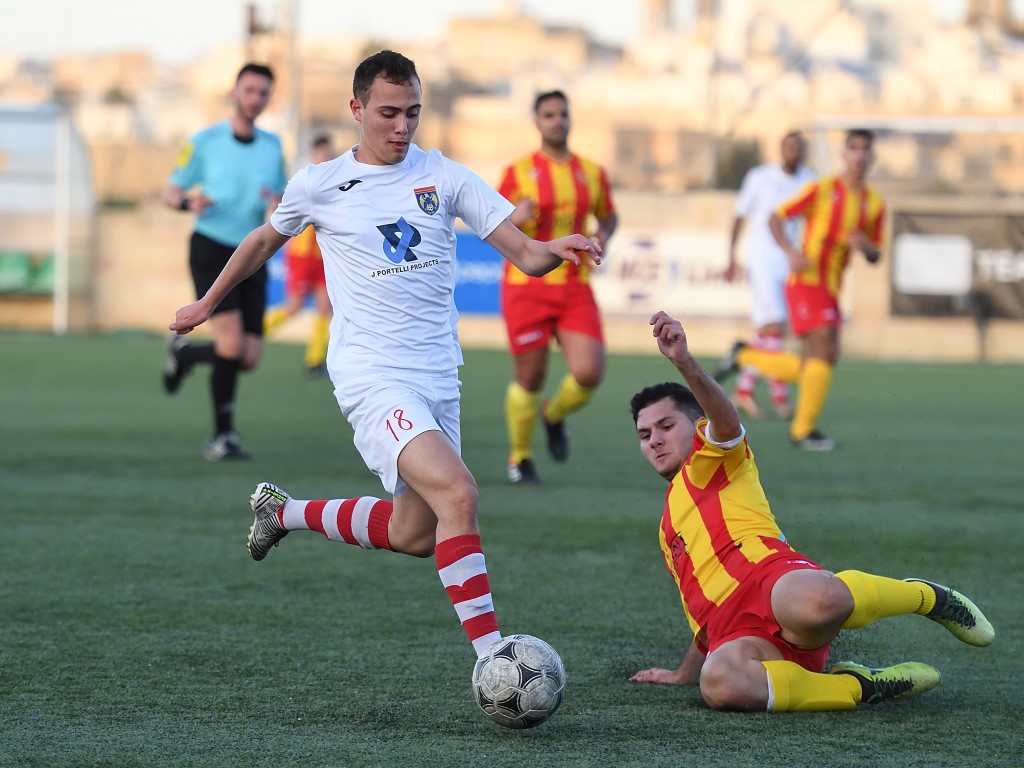