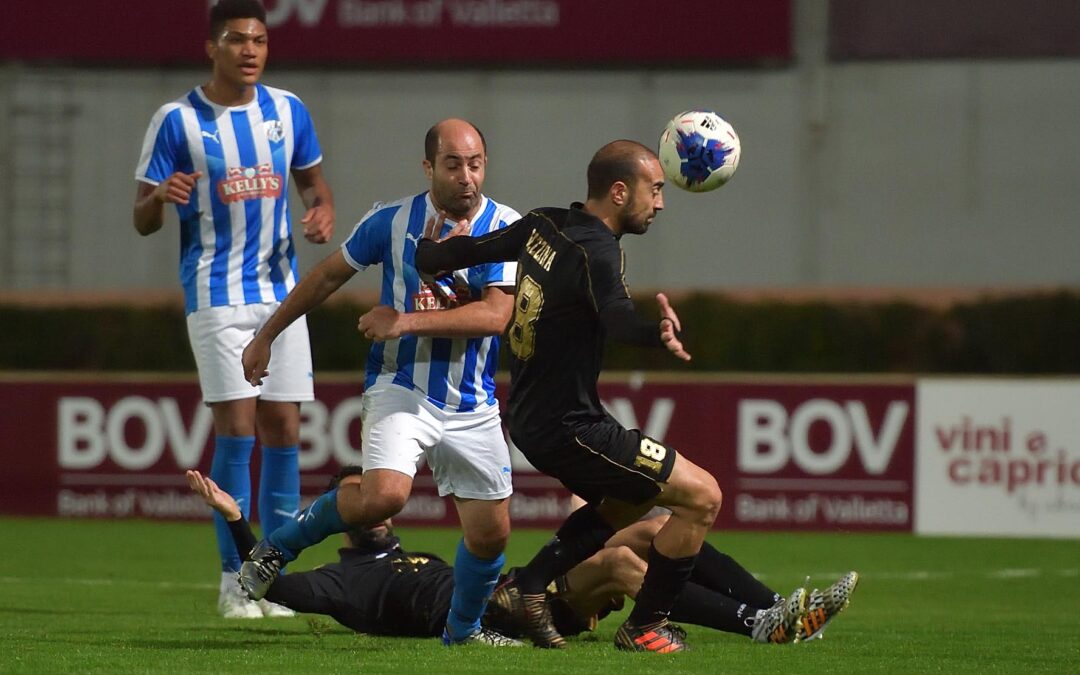 In the first match from Match-Day 6 of the BOV Gozo Football League of the top flight, Gharb Rangers registered a deserved 4-2 win over Ghajnsielem and with this result the Rangers earned their first points in the championship.  Gharb also managed to pull two other teams with them at the bottom of the table so that the tussle at the relegation zone has become a concern that involves at least three teams who are on equal points.

Before this match, Ghajnsielem were favourites to obtain a win as they were aiming to keep close to the top positions on the table, while Gharb were determined to end a long stretch of negative results as they were occupying the bottom place on the table without a point.  Gharb surprised their more quoted opponents form the early stages and managed to take the break with a one-goal lead. Ghajnsielem tried to produce a reaction from the initial stages of the second period but the Rangers were well deployed at their defence and took advantage of open gaps within Ghajnsielem’s defence so that Gharb scored on three other occasions to make sure of the win.

The match was played in difficult weather conditions due to the strong wind and during the first half Gharb held more possession as they had the wind blowing in their favour.

11’ Ghajnsielem’s goalie Franklin Vella was called to make a difficult intervention to block a strike from the edge of the area by Gharb’s Joel Xuereb.

12’ Gharb were again dangerous when Olimpio Gabriel Fernandes entered Ghajnsielem’s area but he was denied from concluding towards goal with a decisive intervention by Ghajnsielem’s central defender Pablo Nunez Del Castillo.  From the same action, Gharb’s Samwel Muscat took the ball and entered the area but entered on the floor in his attempt to avoid a defender among protests by the Rangers for a penalty.

13’ Ghajnsielem’s goalie was again called to make a difficult save following a shot from long distance by Joseph Grima.

24’ Ghajnsielem replied through a personal initiative by Igor Nedeljkovic, after receiving from Daniel Bogdanovic, bit the striker saw his attempt ending on the side of the net.

31’ A free kick by Ghajnsielem’s Daniel Bogdanovic was cleared with some difficulty by Gharb’s keeper Daniel Spiteri.

43’ (0-1) Gharb opened the score when a cross-shot by Joseph Grima from an angled position surprised Ghajnsielem’s goalie Franklin Vella and the ball ended into an open goal.

Gharb continued to be more organised after the break as Ghajnsielem’s reaction was sterile.

7’ (0-2) Olimpio Gabriel Fernandes doubled the score for Gharb when he entered Ghajnsielem’s area despite a challenge from a defender and his low shot from an angled position ended in goal despite the attempt by Ghajnsielem’s defender to clear the ball from the goalmouth.

12’ (0-3)  The Blacks were demoralised.  Gharb took full advantage of the situation and added another goal through a low shot by Haruna Shodija Shola who was released by Joel Xuereb.

16’ Ghajnsielem should have Cpitalised better when their young striker Ismael Belhadj took the ball outside Gharb’s area following a low cross from the right flank, but his shot was blocked with some difficulty by goalie Daniel Spiteri.

21’ (1-3) Ghajnsielem managed to reduce the deficit when a strike by Ishmael Belhadj from outside the area hit the post with the goalkeeper beaten and from the rebound Michael Bezzina concluded easily into an open goal.

22’ (1-4) Gharb however regained the three goal lead less than a minute later as Joel Xuereb released Pablo Vinicius Ferreira and the latter turned around his direct opponent inside Ghajnsielem’s area and netted with a low shot.

25’ (2-4)  Ghajnsielem scored their second goal and re-opened some chances to save the result when Gharb’s keeper Daniel Spiteri failed to hold a cross by Daniel Bogdanovic and Alberto Xuereb took advantage of the situation and headed easily in goal from close distance.

27’ Ghajnsielem increased their efforts in an attempt to score another goal and Gharb’s goalie Daniel Spiteri made an difficult intervention to block a good shot from close distance by Ishmael Belhadj.

29’ Gharb went very close to seal the win but an effort by Pablo Vinicius Ferreira was cleared off the line with the aid of the crossbar by central defender James Tabone.

37’ Gharb went again close to scoring through a good move by Haruna Shola, but from his pass Pablo Vinicius Ferreira had a lob from an ideal position that ended high.

40’ Ghajnsielem had their last opportunity to reduce the score through a header by Michael Bezzina following a free kick by Alberto Xuereb that was saved with difficulty to a corner by Gharb’s keeper Daniel Spiteri. 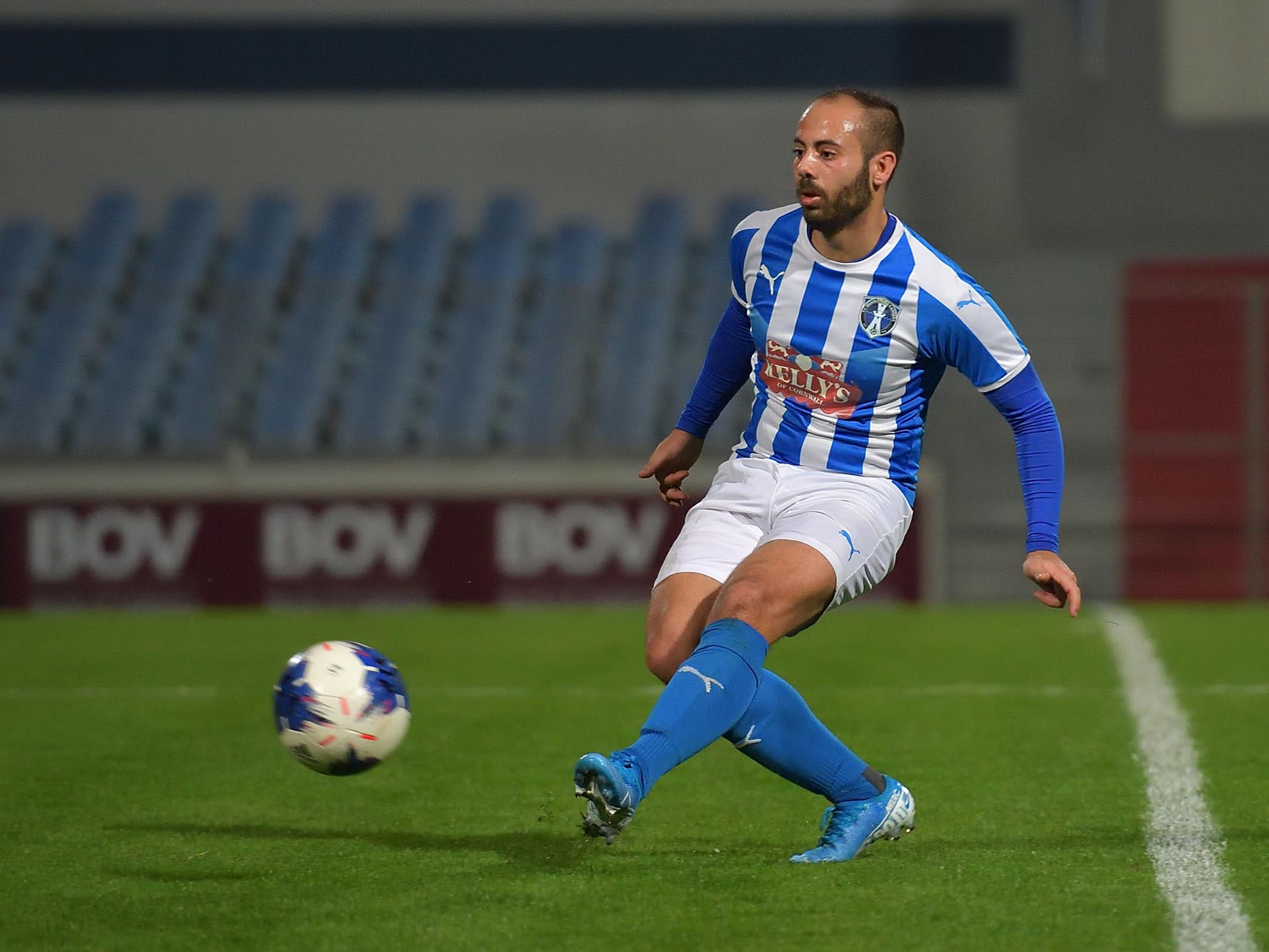 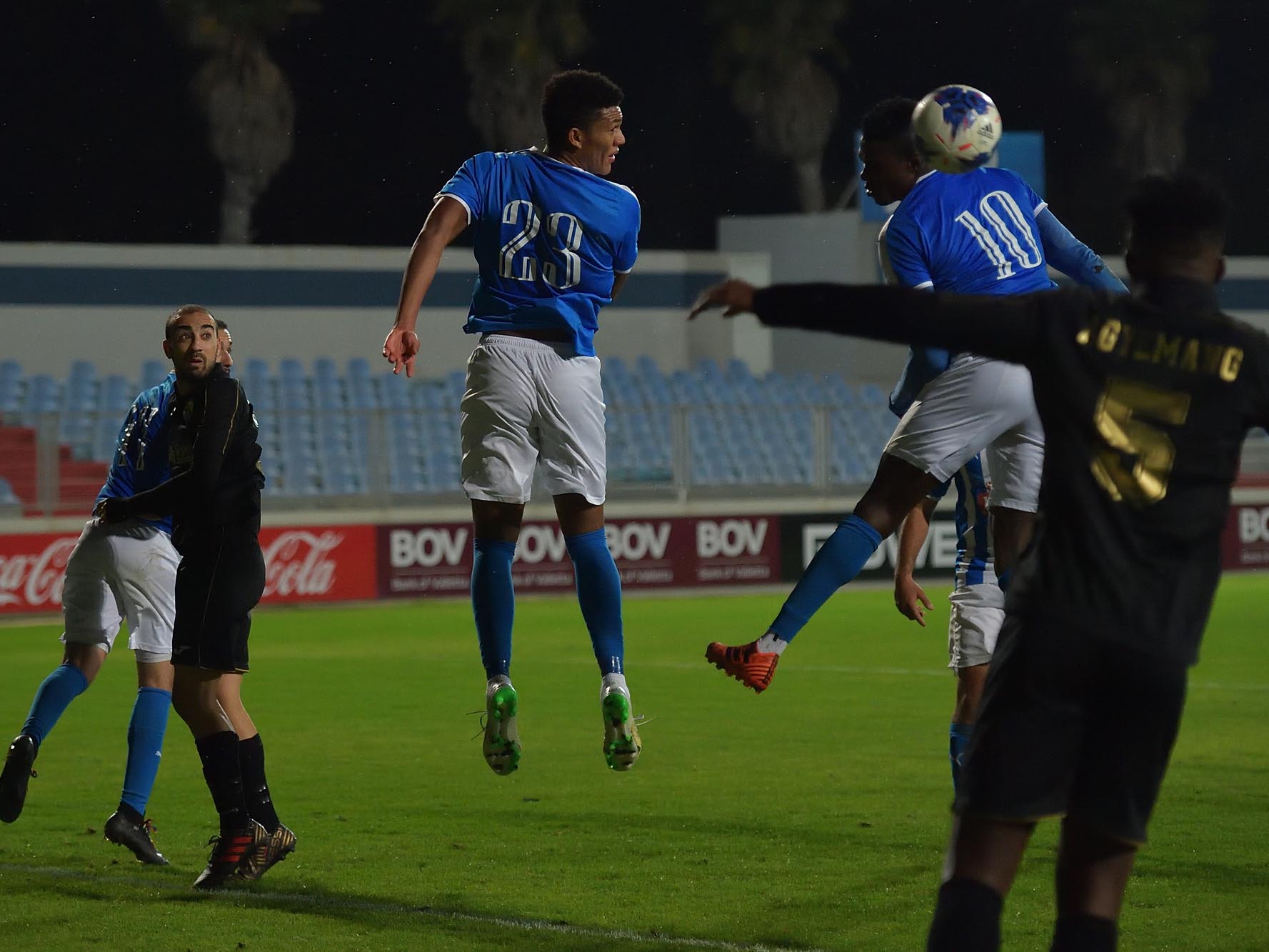 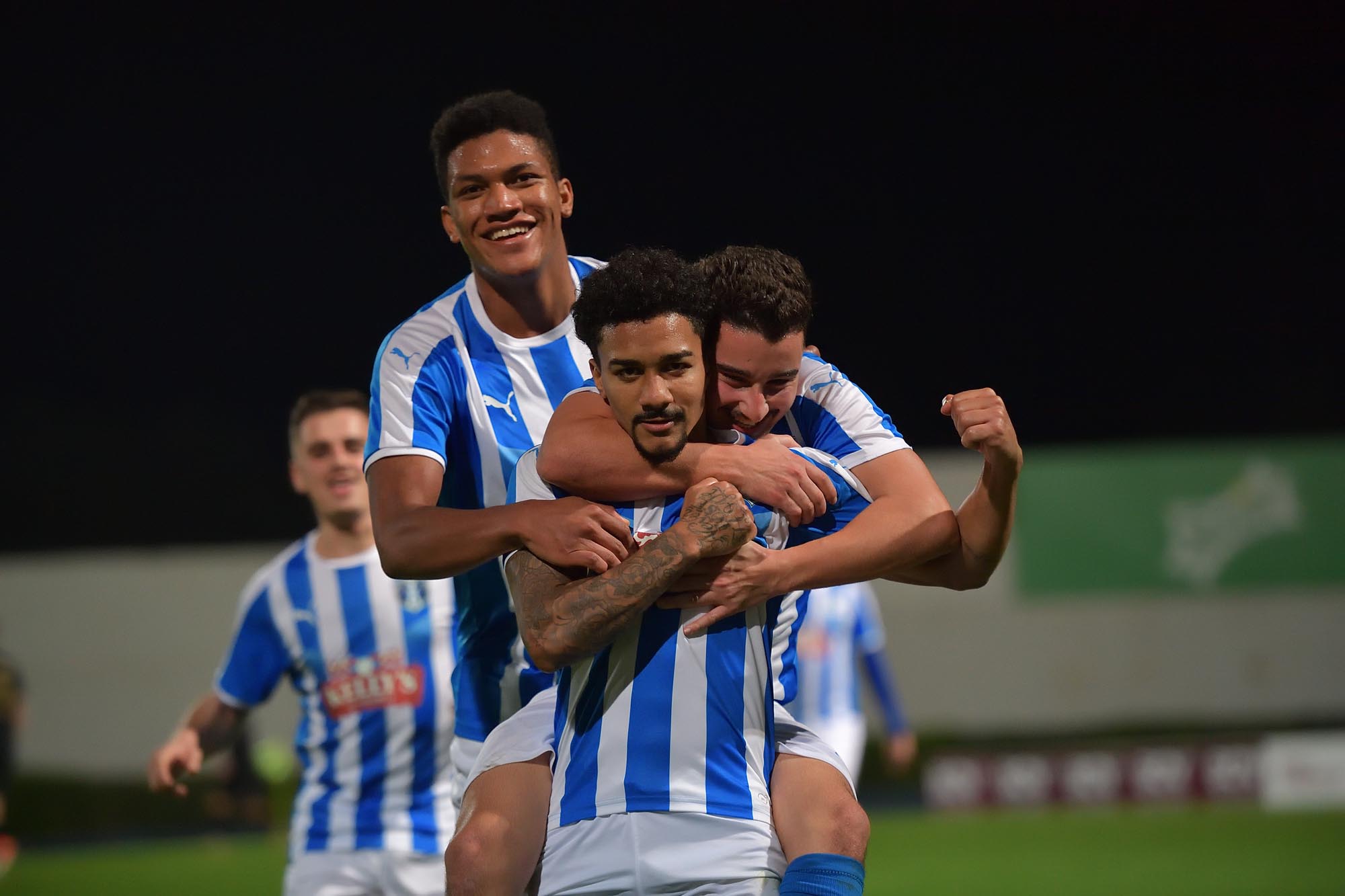 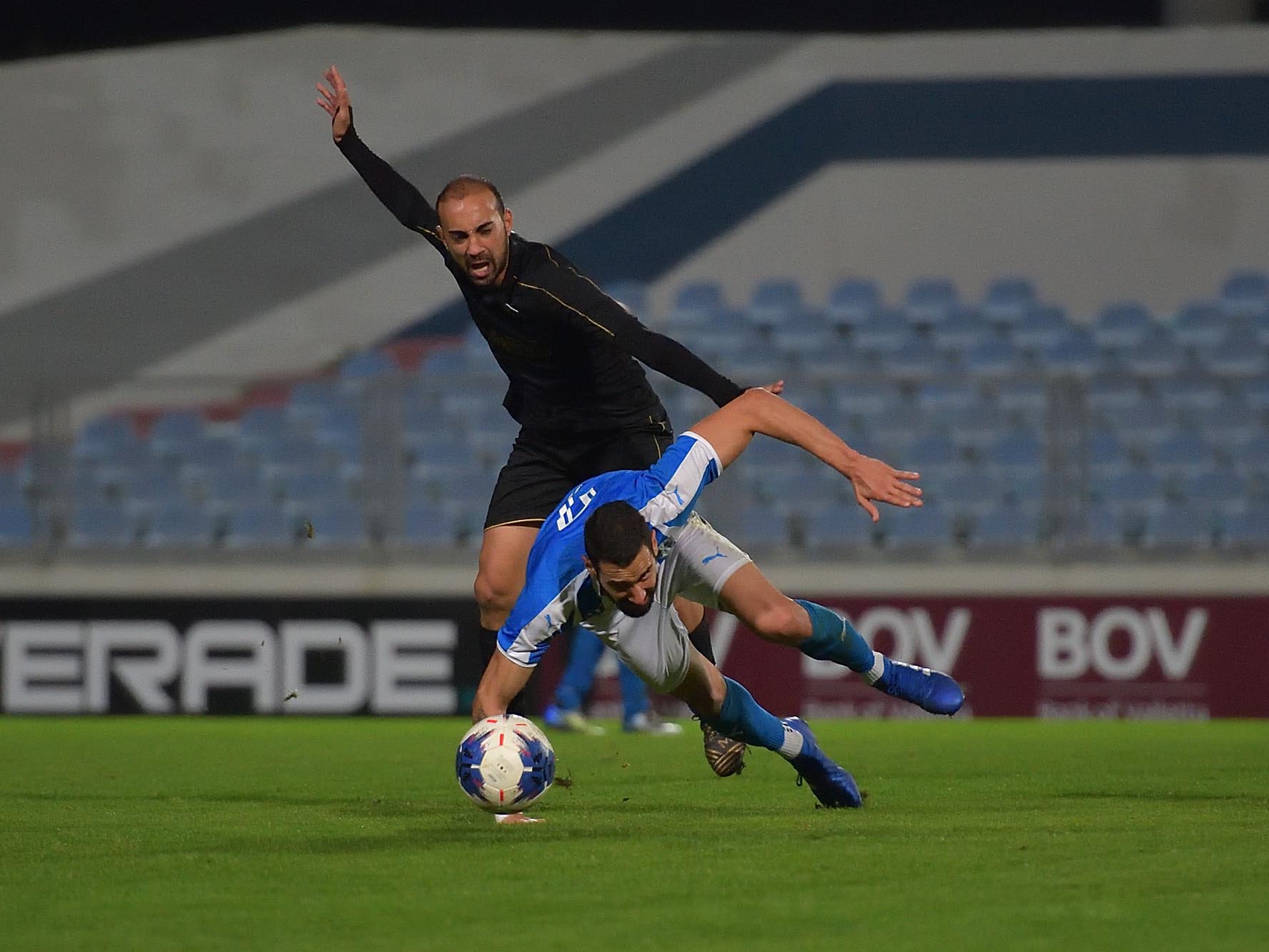 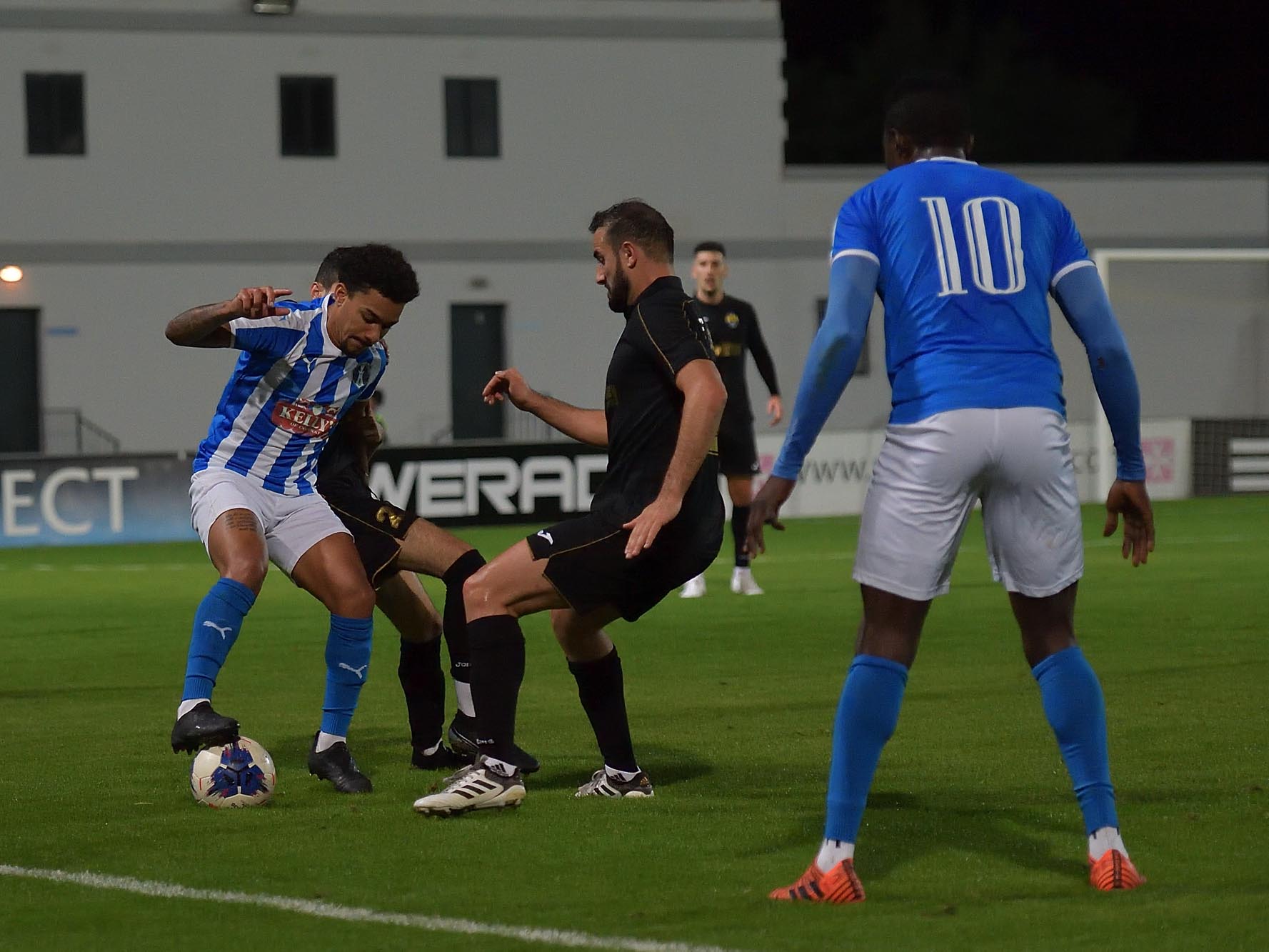 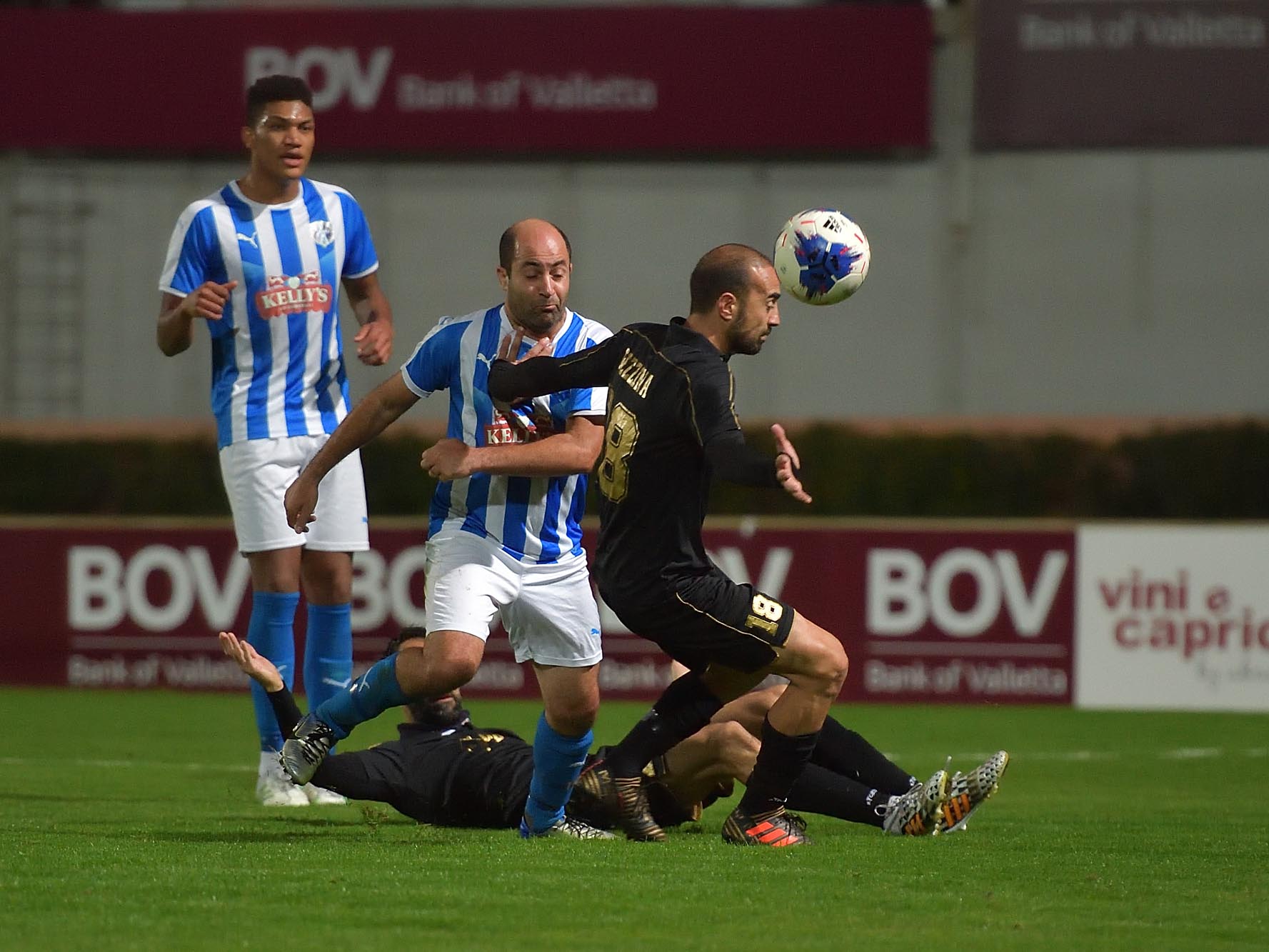 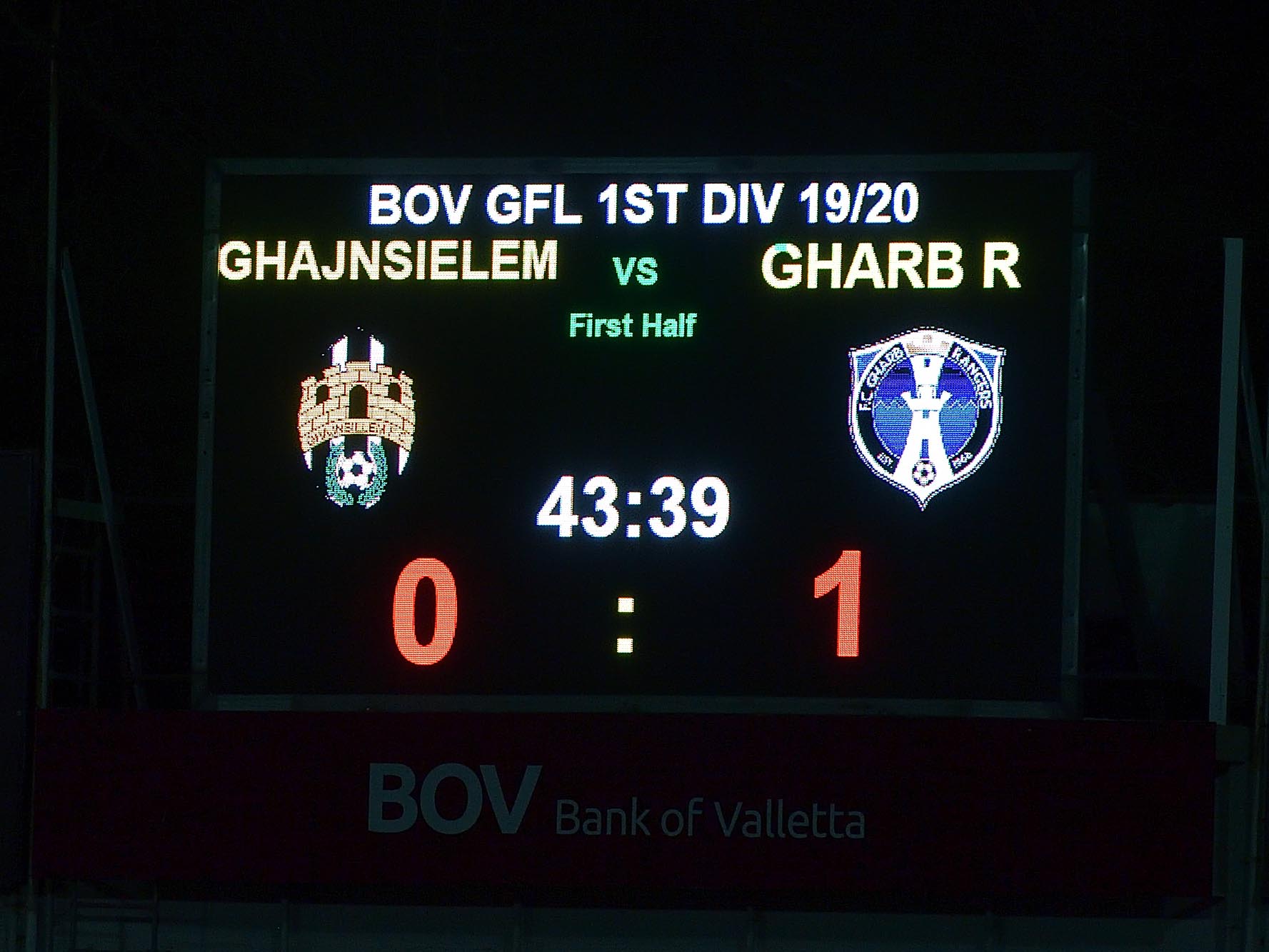