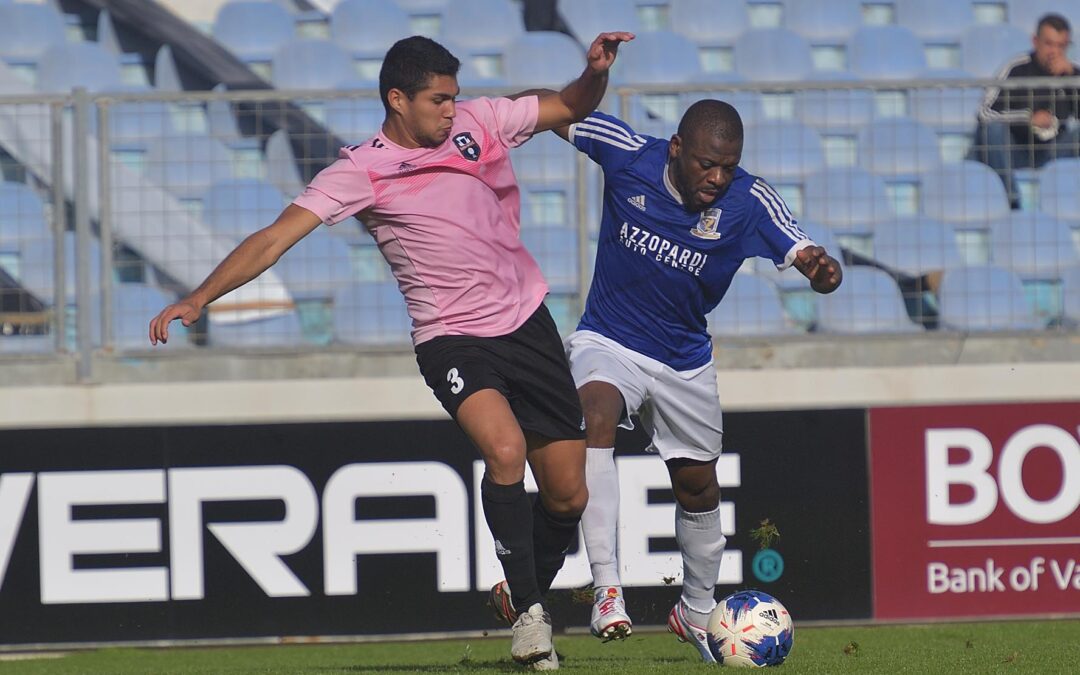 Xaghra United earned three very important points from a 2-1 win over SK Victoria Wanderers so that they moved away from the bottom place on the table for the first time this season and ended the first round with a three point lead over the teams at the bottom of the table.  This match was a direct clash between two sides who were on equal points, prior to this encounter, sharing the bottom place on the table together with Gharb Rangers. For this reason both sides had the motivation to obtain a positive result but at the end Xaghra managed to capitalise better from their scoring opportunities and ended up obtaining a deserved win.  Xaghra took some supremacy near the end of the first half and took the break with a one goal lead. The Wanderers recovered the deficit near the hour mark but Xaghra clinched the win with a goal scored fifteen minutes form the end of the encounter. Xaghra’s striker Luis Andre De Melo Lima ended the hero for his side by scoring the two personal goals.

Play during the early stages took place in the midfield with very few serious scoring opportunities.

6’ Victoria’s keeper Matthew Towns was well place to save a free kick by Joseph George Vella.

10’ The Wanderers replied though a free kick by Igor Misan that was neutralised by goalie Lorjean Xuereb.

21’  Xaghra protested for a penalty alleging handling when the Victoria’s rear guard was trying to clear the ball from their area.

22’ Xaghra’s keeper Lorjean Xuereb was well placed and managed to block a free kick by Igor Misan and the defence cleared the ball from the area to avoid further danger.

23’ The Wanderers protested for a penalty when Steve Dimech ended on the floor inside Xaghra’s area following a challenge with his direct opponent.

25’ Victoria’s Doding Priso entered Xaghra’s area with a personal action but failed to conclude as he avoided his direct opponent as he prolonged the ball and play resumed from a goal kick.

35’ Victoria operated another good move but Sam Harland failed to hit the ball from an ideal position following an inviting cross by Igor Misan.

41’ Xaghra were again dangerous through a free kick by Joseph George Vella that was saved with some difficulty by goalie Matthew Towns.

42’ (0-1)  Xagra opend the score when Victoria’s defence hit badly in an attempt to clear a low cross by Kennedy Martins Ribeiro, and Luis Andre De Melo Lima arrived on the ball before goalie Matthew Towns and turned in goal from close distance.

Play continued to be well contested after the break.

49’ Xaghra were unlucky when a low shot from outside the area by Joseph George Vella was stopped by the post with the goalkeeper beaten.

59’ Xaghra lost a good scoring opportunity to score a second goal but Luis Andre De Melo Lima and Raffael De Souza Ferreira went both on the ball inside Victoria’s area and mossed the opportunity to conclude towards goal from a good position.

60’ (1-1) penalty – The Wanderers were awarded a penalty for a foul by Sam Frank Bajada on Njongo Doding Priso and the same striker from Cameroon converted from the spot kick.

66’ Victoria Wanderers went very close to take the lead but a first timer by Igor Misan from the edge of the area hit the post when the goalkeeper was beaten.

78’ (1-2) Xaghra scored the decisive goal of the encounter through a fine shot by Luis Andre De Melo Lima following a personal action.

85’ Victoria’s best opportunity to save the result arrived through a header by Anthony George Attard following a cross from the right flank, but goalie Lorjean Xuereb was well placed and neutralised the ball without any difficulty. 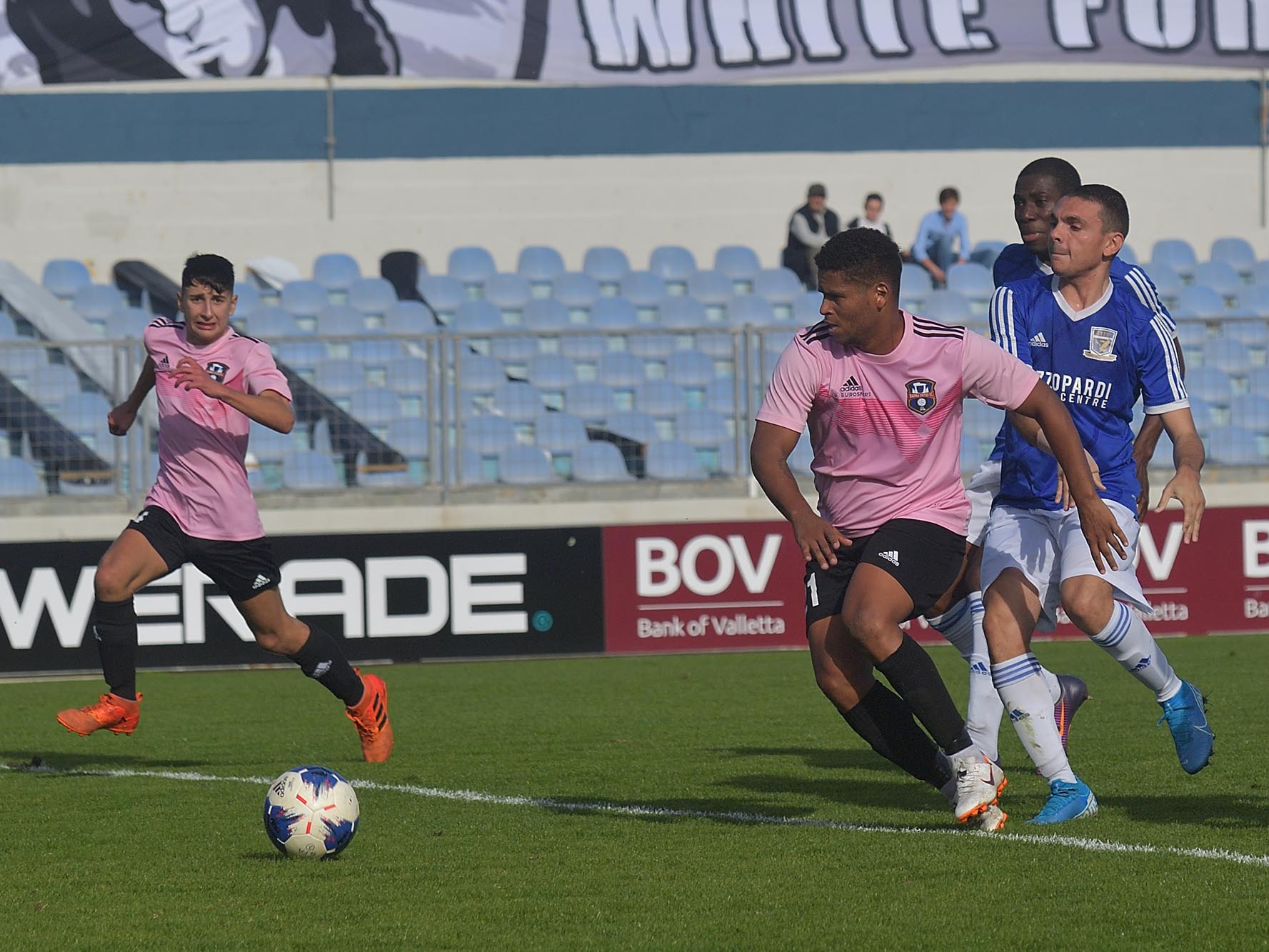 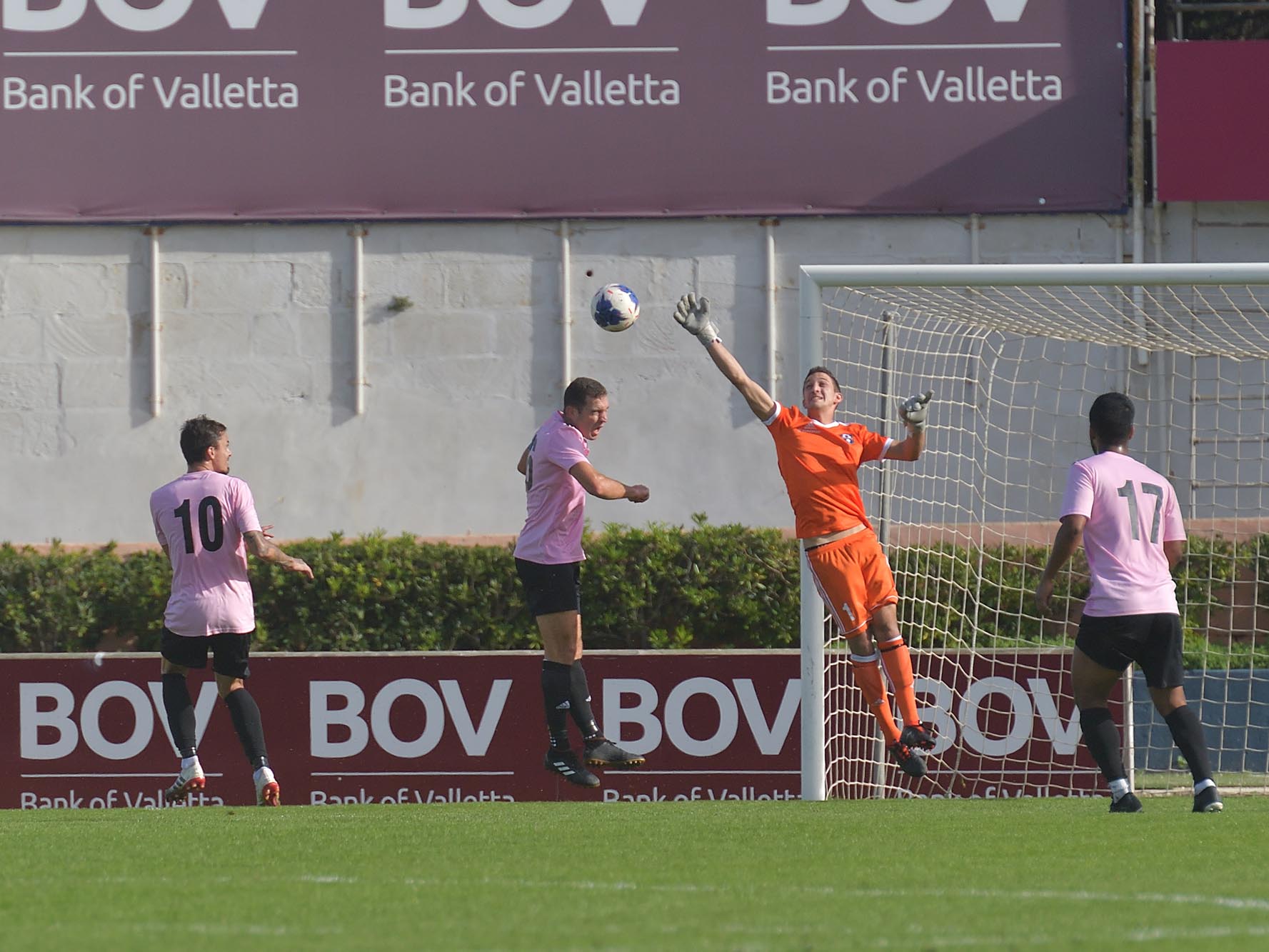 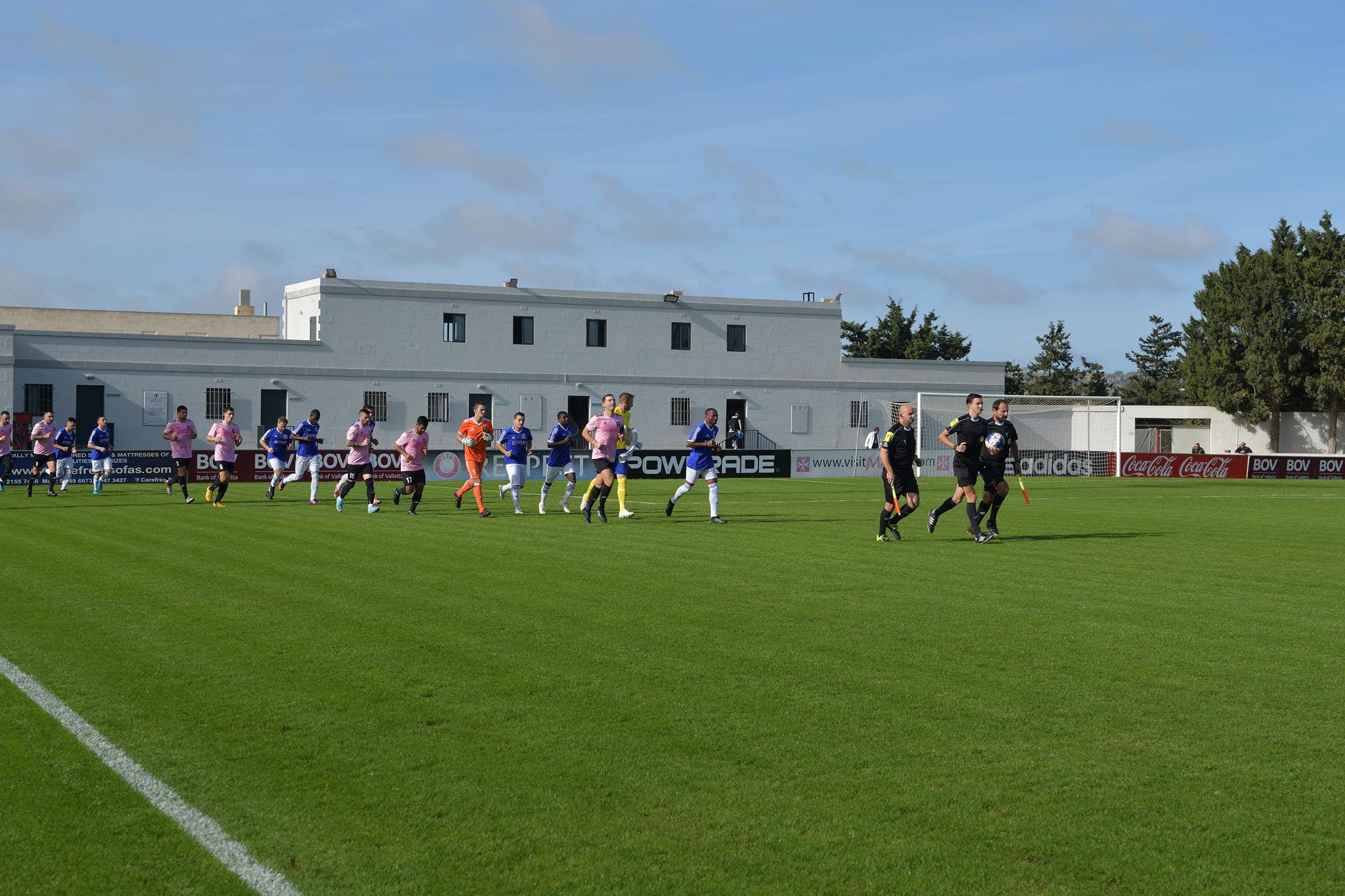 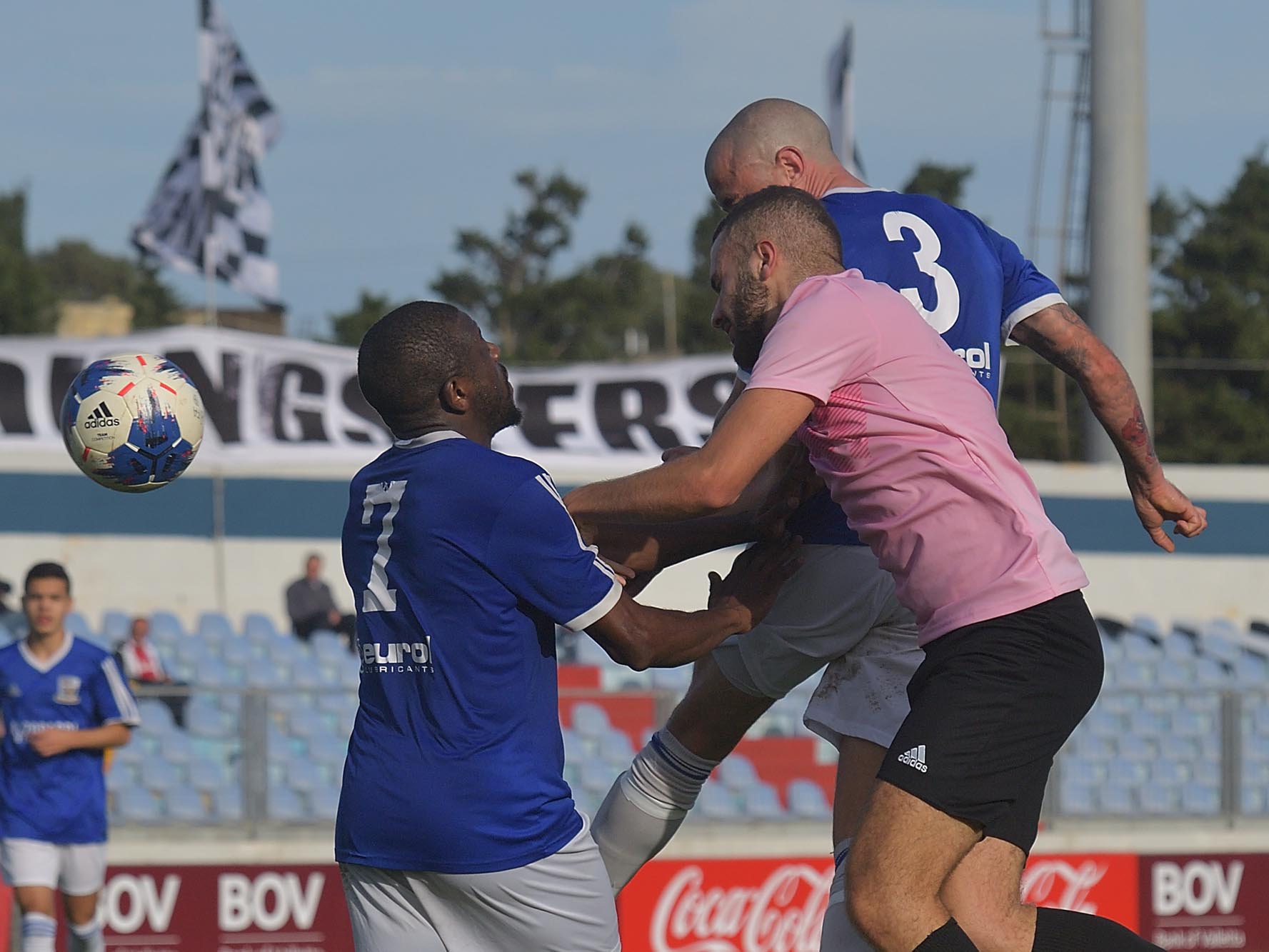 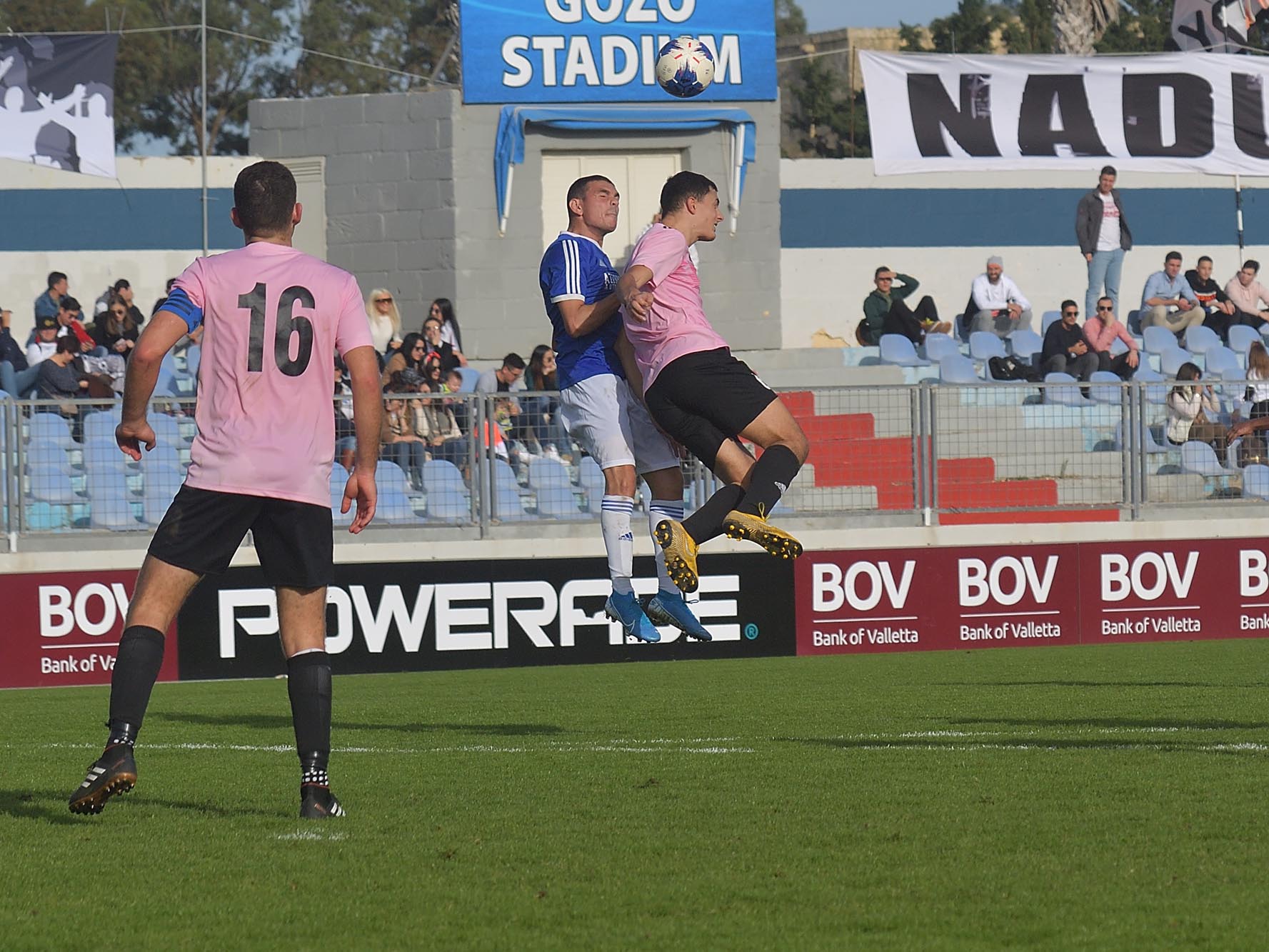 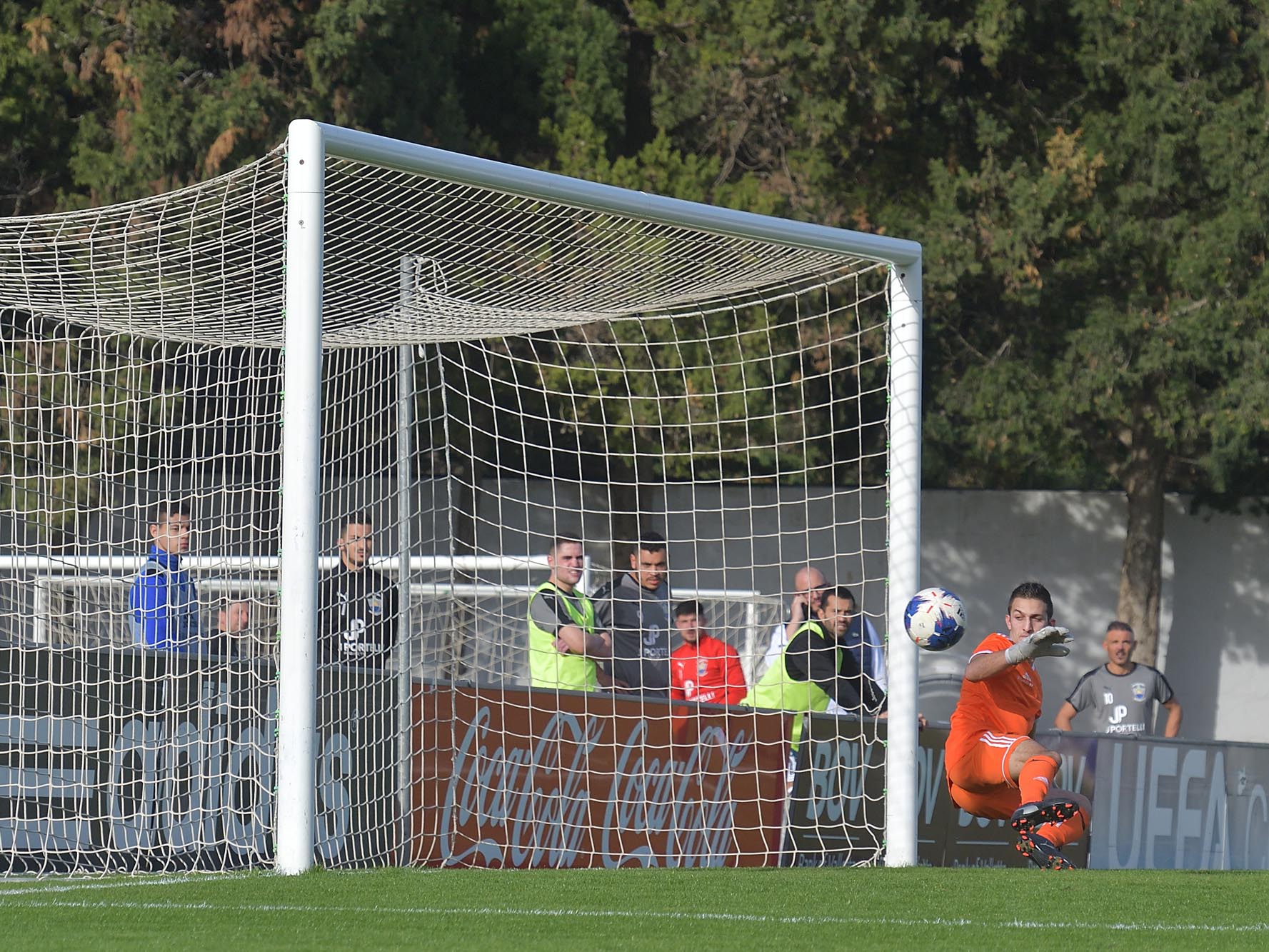 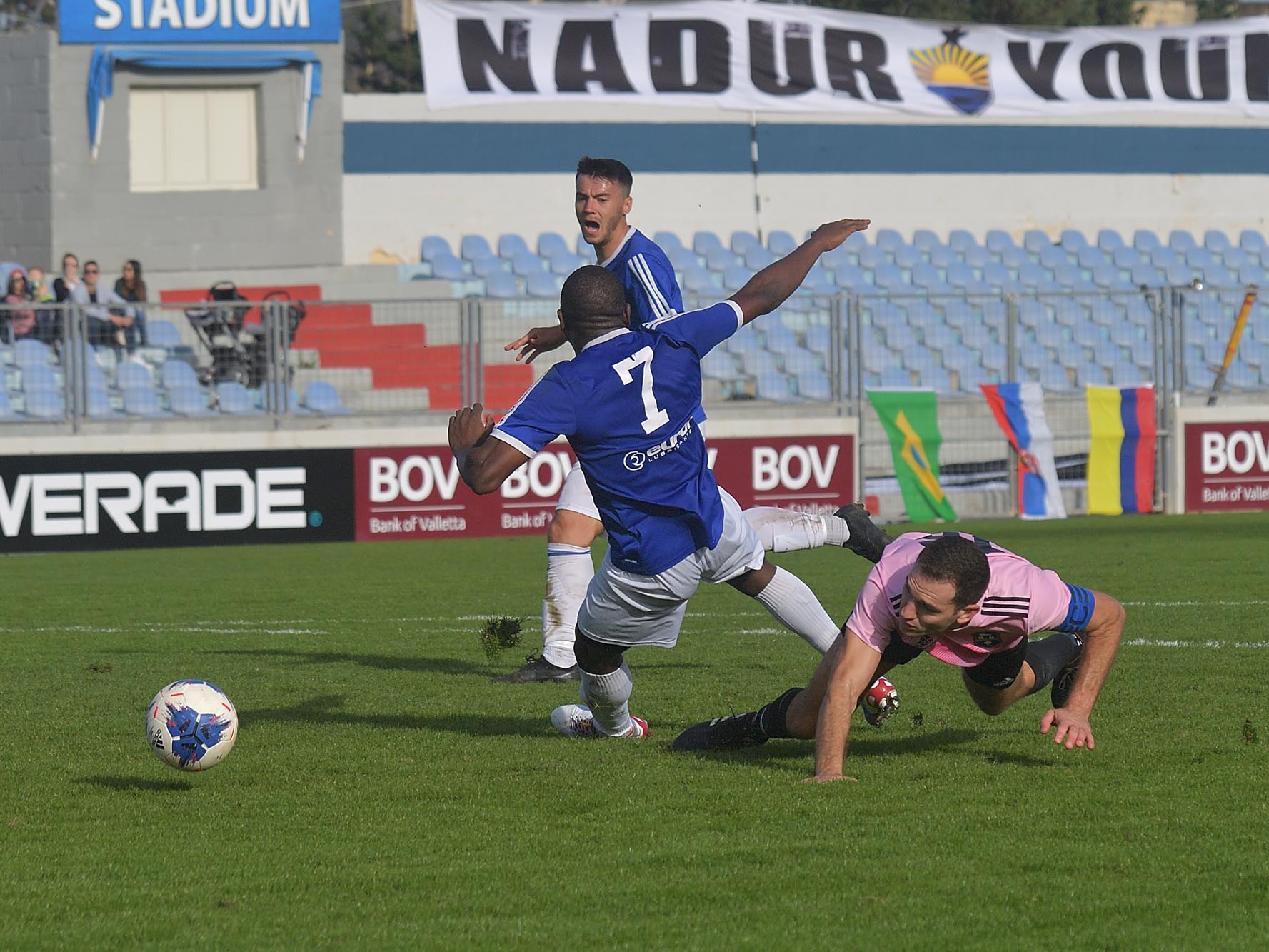 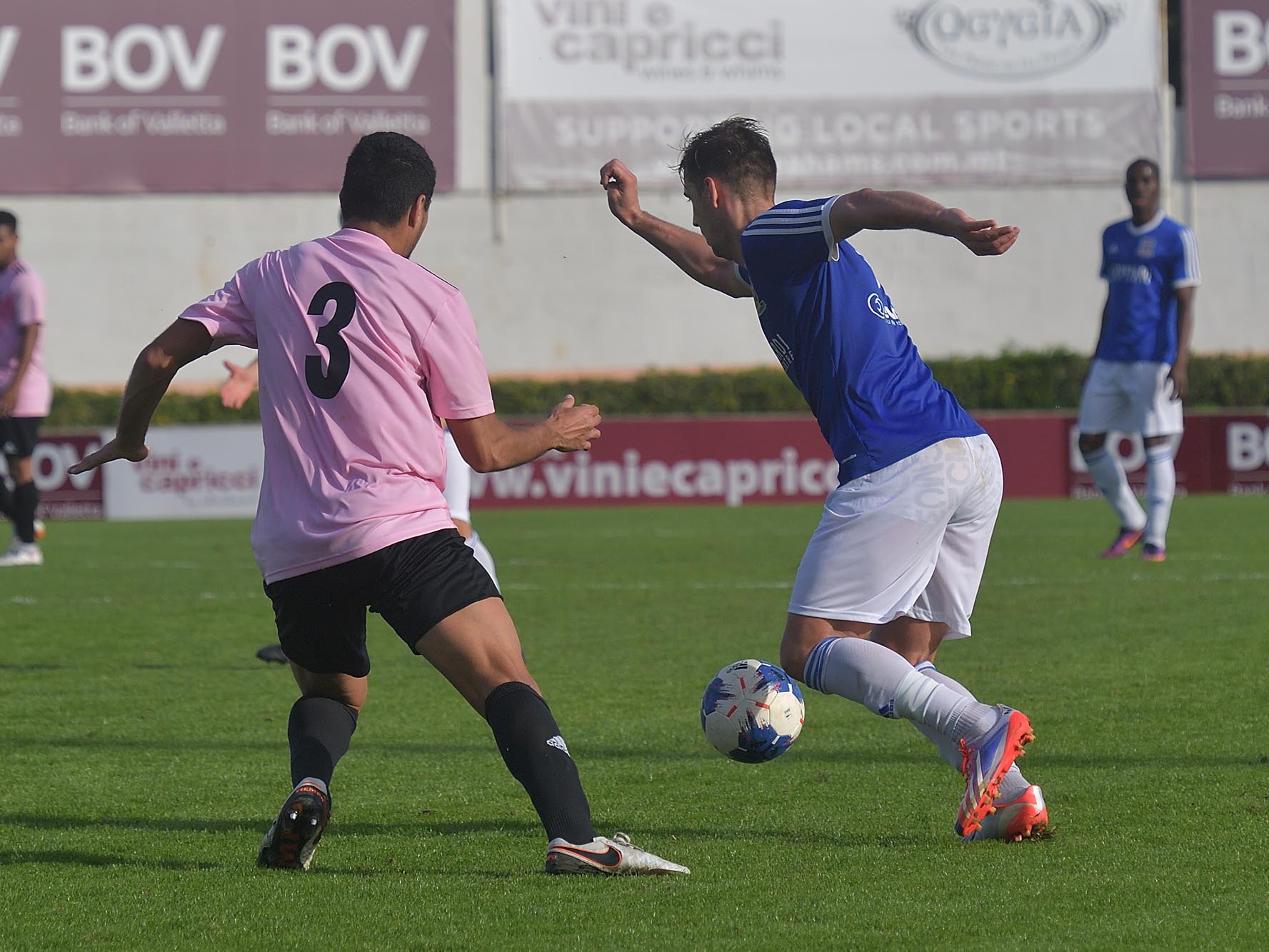 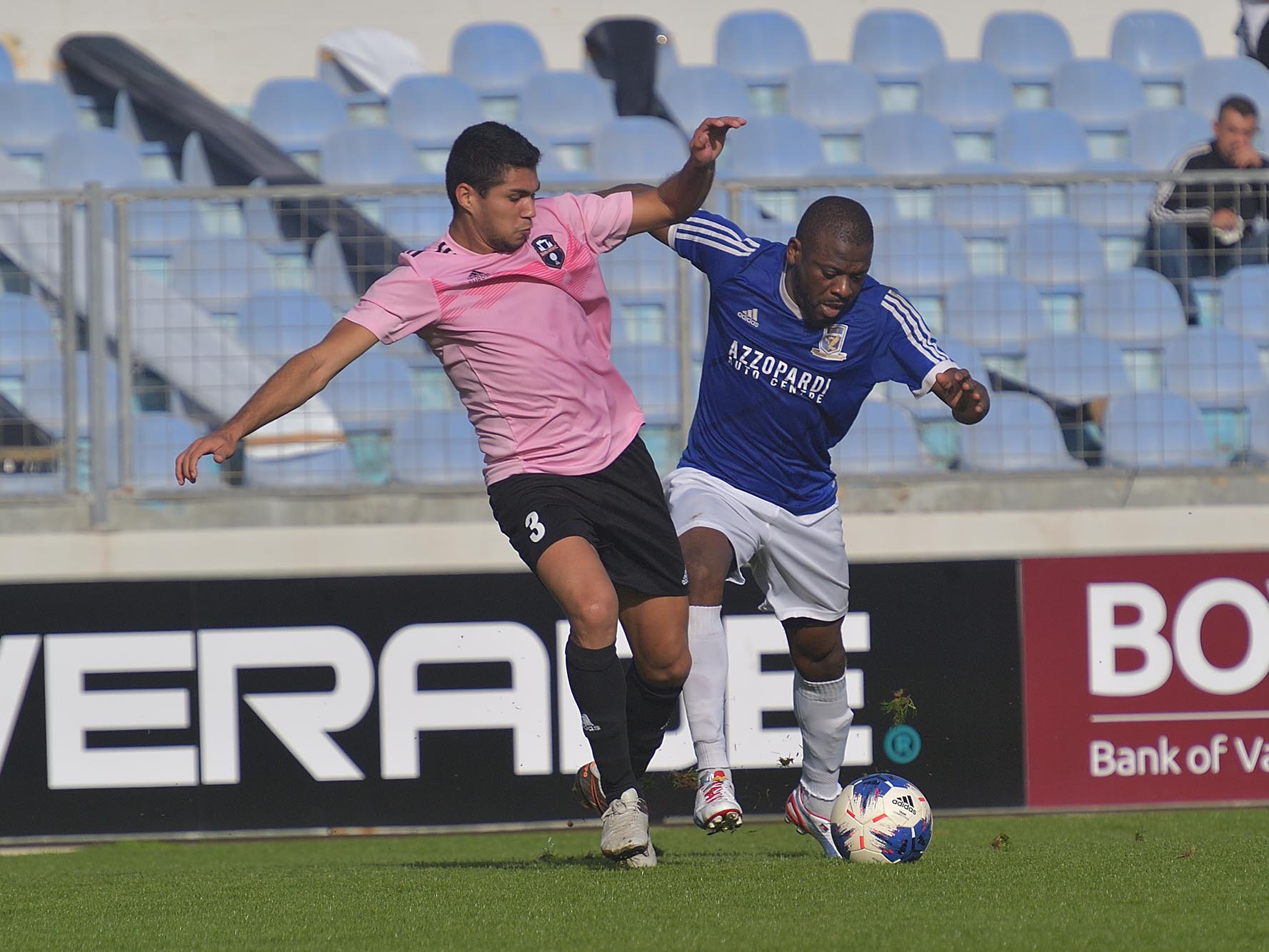 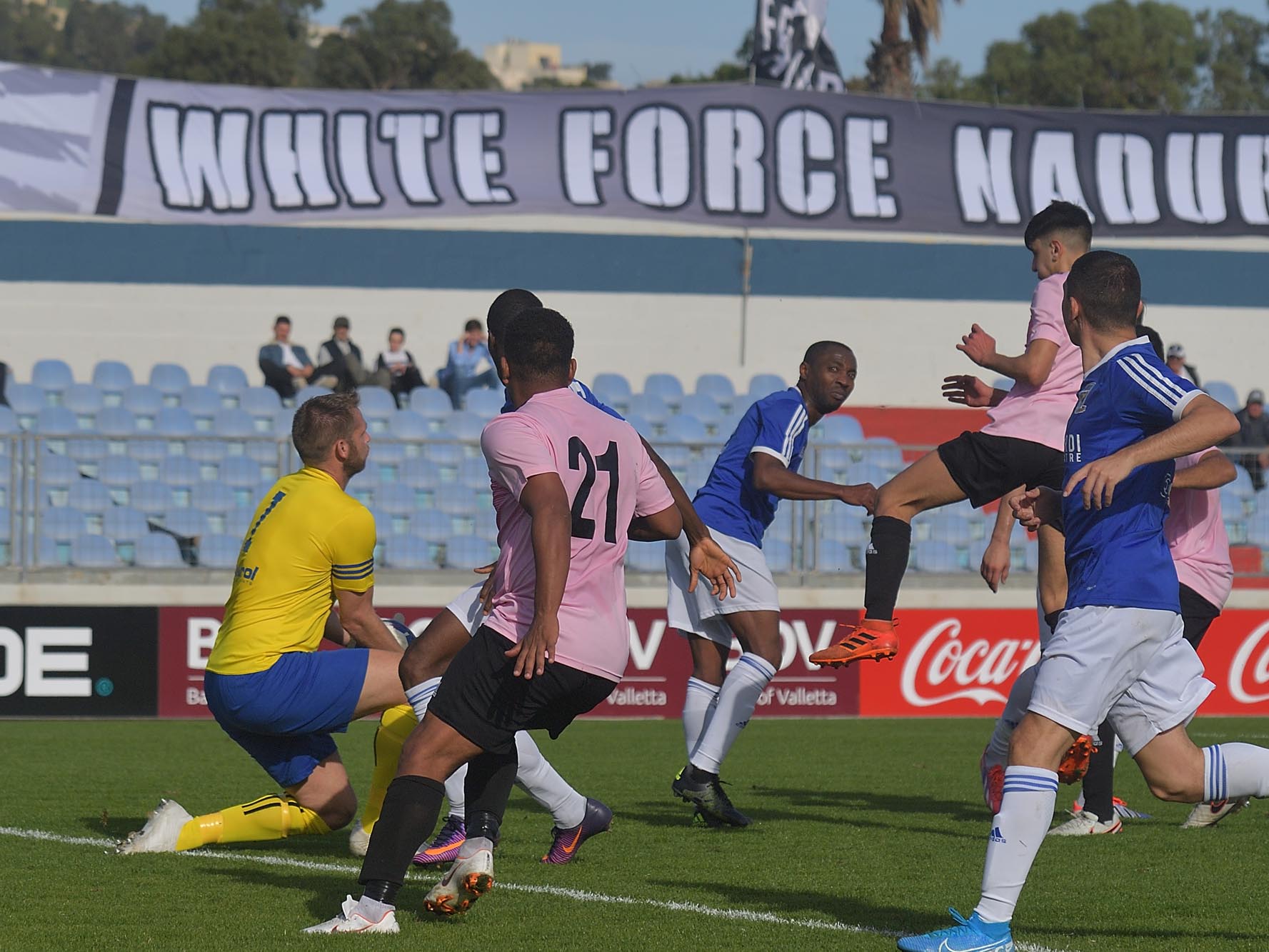