Xewkija retain the second spot with a fine win 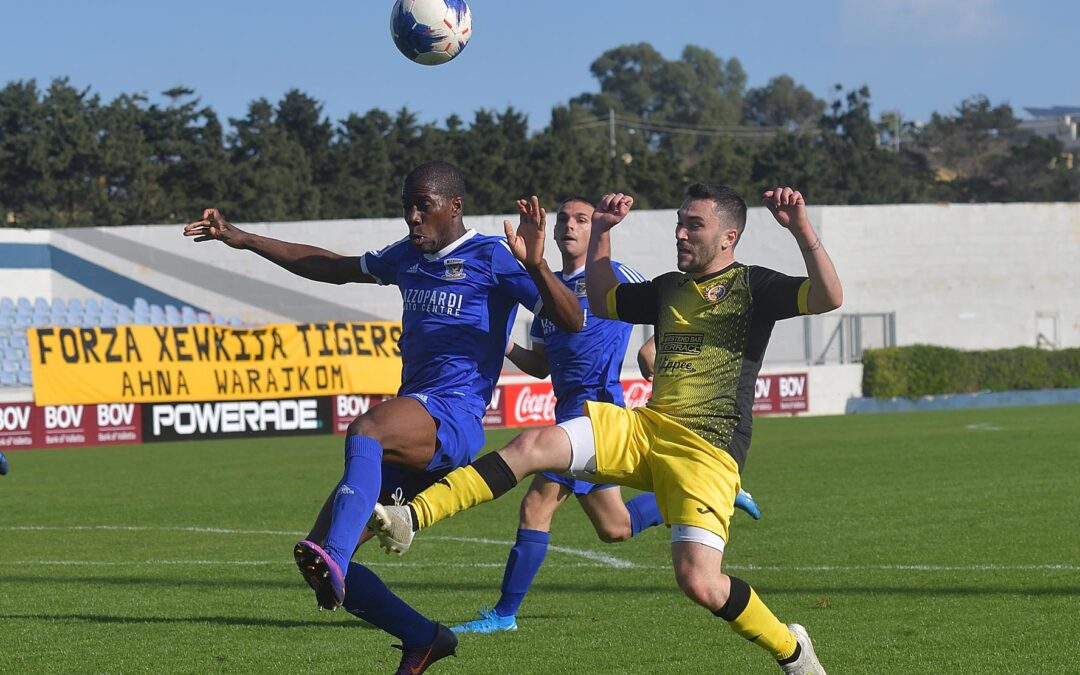 Xewkija Tigers maintained their status as the main challengers for the top position with the points obtained from a 4-1 win over SK Victoria Wanderers.  Xewkija held command of play for most of the encounter and to the lead with a goal scored midway the first half. Xewkija added two more goals during the opening stages of the second period and at that point they had their minds at rest from the three points.  With this result Xewkija remain undefeated in the championship and there retained the possibility to end the first round at the top of the table if they win the direct clash with the current leaders in the last match of the first round. On the other hand, this was Victoria’s fifth defeat in the championship and they also remain in serious relegation trouble together with two other teams who are occupying the bottom place on the table.

Xewkija took territorial supremacy from the early stages of the encounter.

19’ The same goalkeeper was called to make another good save to neutralise a free kick by Jose Carlos Nogueira Junior.

20’ (1-0) Xewkija opened the score when a free kick ta’ Manwel Xerri arrived to Rodney Buttigieg inside the small area and the latter pushed the ball in goal from close distance.

35’ Xewkija were again dangerous when Rodney Buttigieg passed to Charles Hili inside Victoria’s area but the latter had his shot on the run that missed the target.

41’ Victoria’s keeper Matthew Towns denied Xewkija from scoring another goal when he turned to a corner a free kick by Jackson De Lima.

Xewkija had an excellent start to the second period as they scored two goals within the opening five minutes of play.

3’ (2-0) Xewkija were awarded a penalty for a foul by Aaron Touarha on Rodney Buttigieg and Jackson De Lima converted from the spot kick.

4’ The Wanderers replied through a header by Moussa Bamba following a free kick by Aaron Touarha that was well saved by goalie Mark Grima.

5’ (3-0)  Xewkija scored their third goal when Victoria’s rear guard failed to clear the ball from the goalmouth following a low cross from the right by Joseph Mario Vella and the ball arrived to an unmarked Jose Carlos Nogueira Junior who placed easily in goal from close distance.

15’ The Wanderers had a good shot by Audgustine James Obaje that got deflected by the defence to a corner.

21’ Xewkija could have scored another goal but Victoria’s keeper Matthew Towns saved with difficulty to a corner a free kick by Jose Carlos Nogueira Junior.

25’ Victoria’s Moussa Bamba had a free kick from a good position that ended away from Xewkija’s goal.

26’ (4-0) Xewkija’s substitute Johnny Camilleri scored the fourth goal when he surprised Victoria’s goalie and a defender and netted with a close ranged header following a cross from the left flank.

30’ SK Victoria Wanderers went very close to scoring but a personal action by Audgustine James Obaje was well blocked by Xewkija’s keeper Mark Grima among some protests for a penalty by Victoria’s players.

33’ The Wanderers were also unlucky when substitute Steve Dimech had a lob aimed towards an open goal that was stopped by the crossbar.

34’ Xewkija were also unlucky as a low drive by substitute Claudio Antunes following a personal action was stopped by the post with the goalkeeper beaten.

39’ Xewkija’s keeper was well placed and neutralised without difficulty an effort from outside the area by substitute Neil Camilleri.

44’ (4-1) The Wanderers were awarded a penalty for a foul by Dylan Mercieca on Audgustine James Obaje and the same striker scored the consolation goal with his shot from the spot kick.

45+1’ The Wanderers could have scored a second goal when the ball arrived inside Xewkija’s small area following some hesitation by the defence to an unmarked Steve Dimech but the latter hit badly form close distance and the goalkeeper saved the danger. 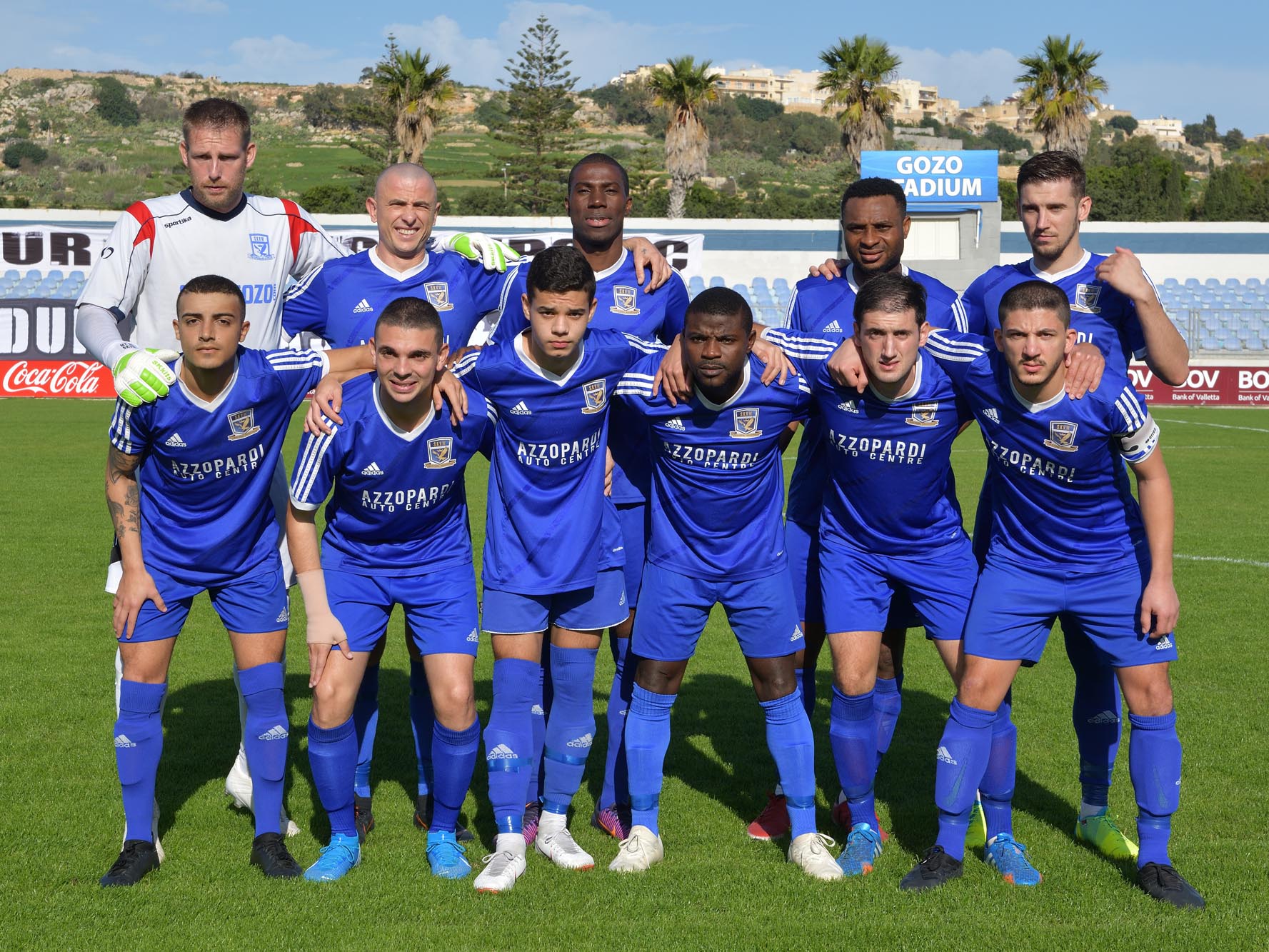 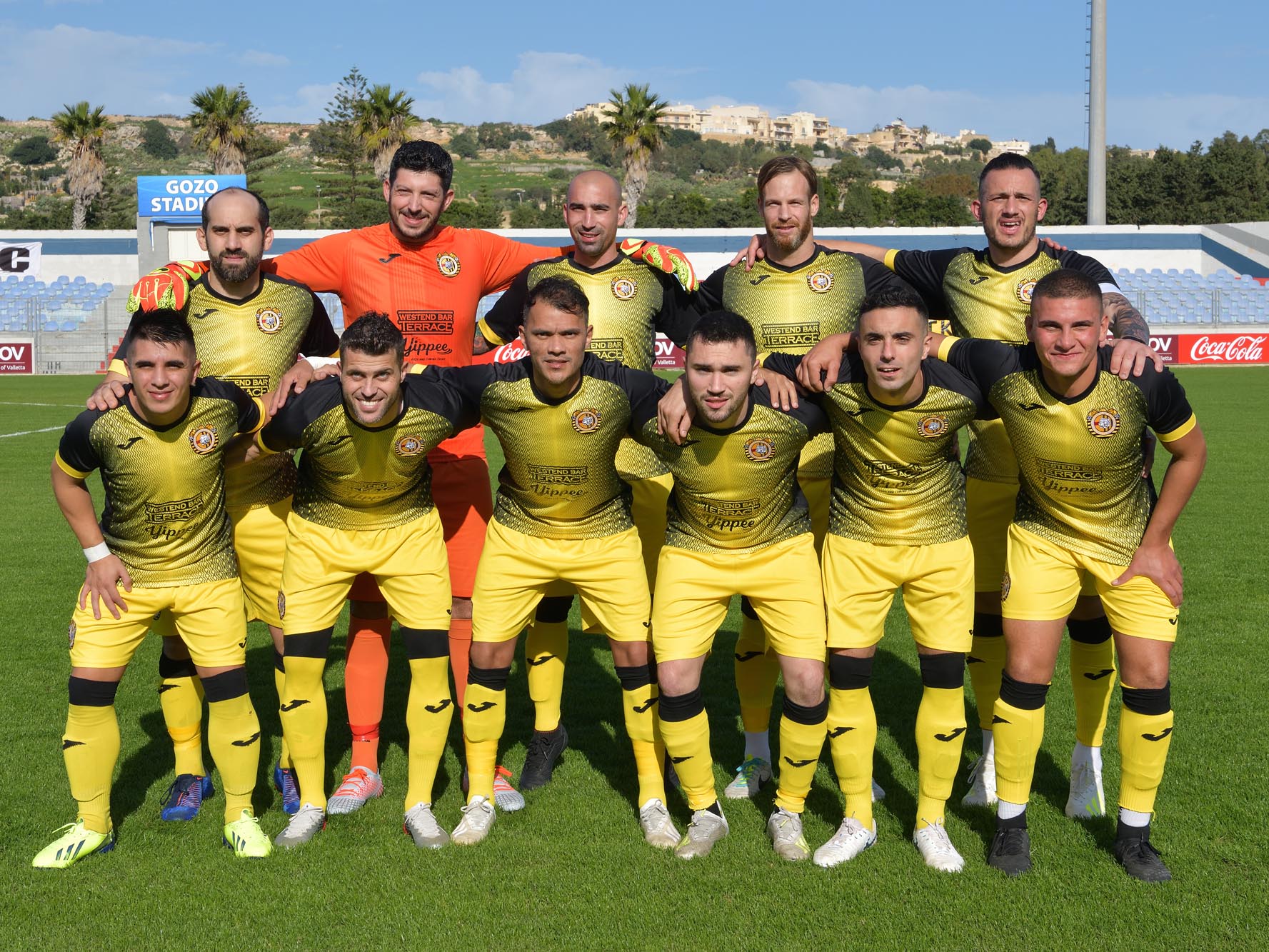 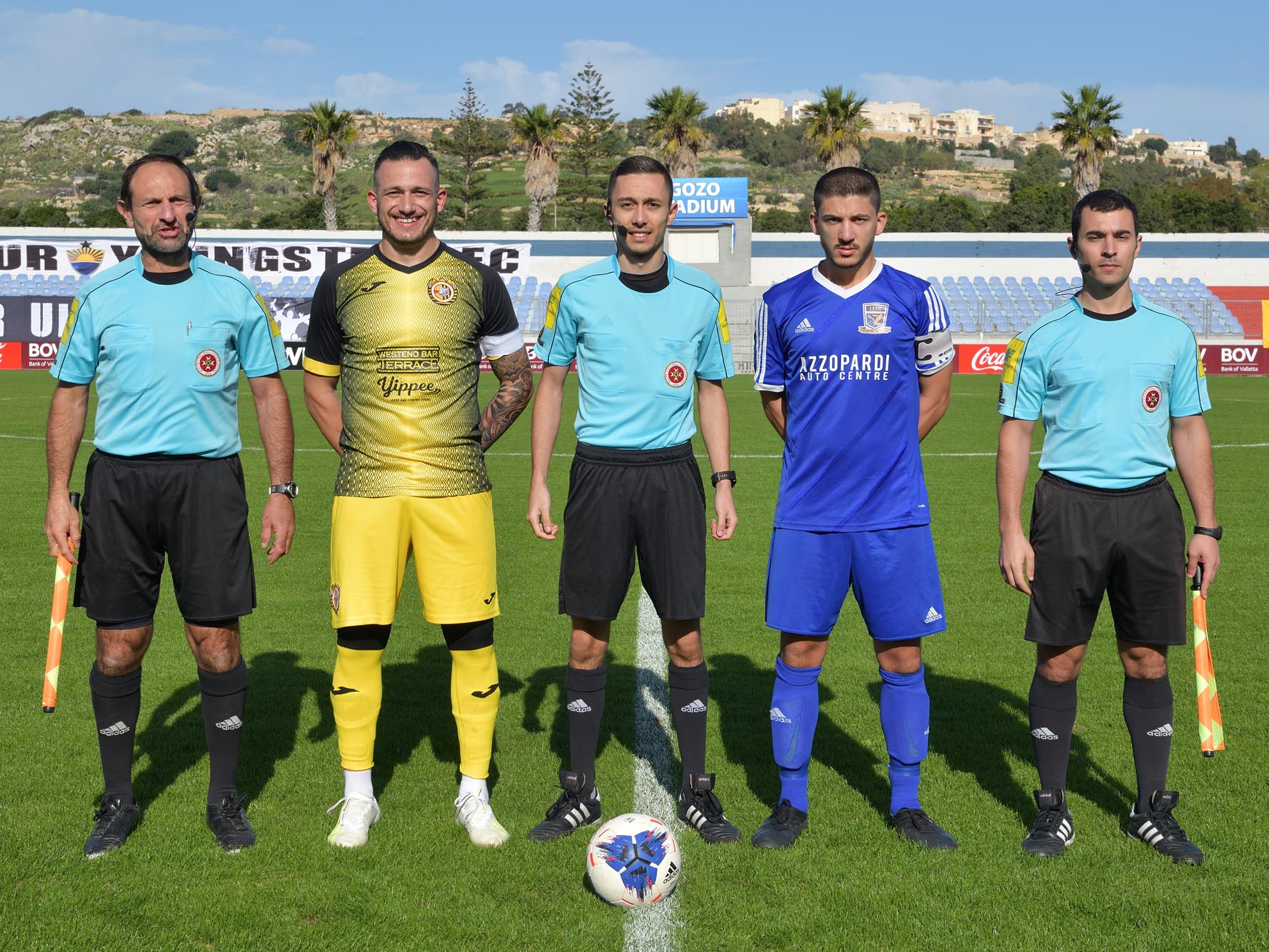 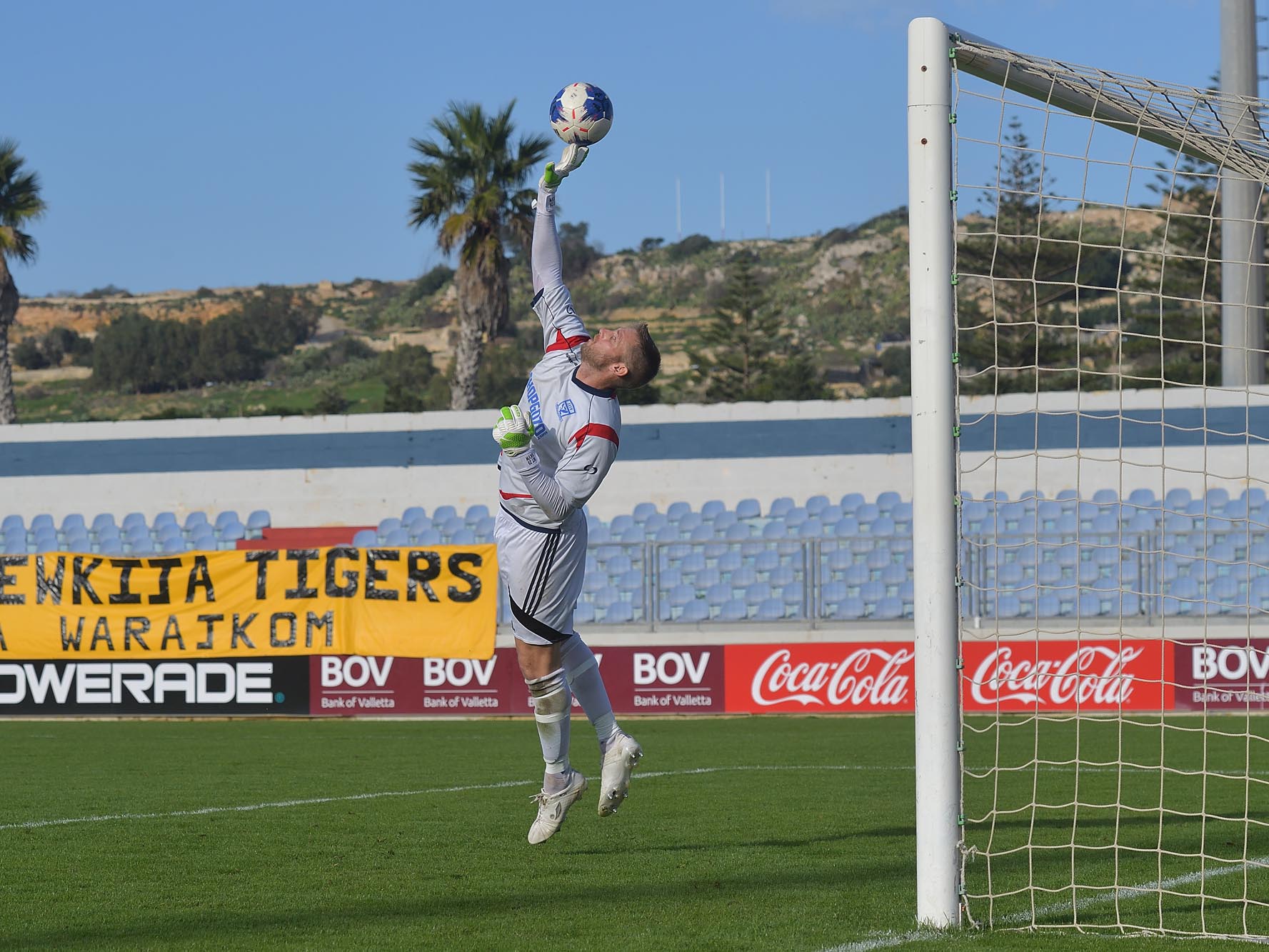 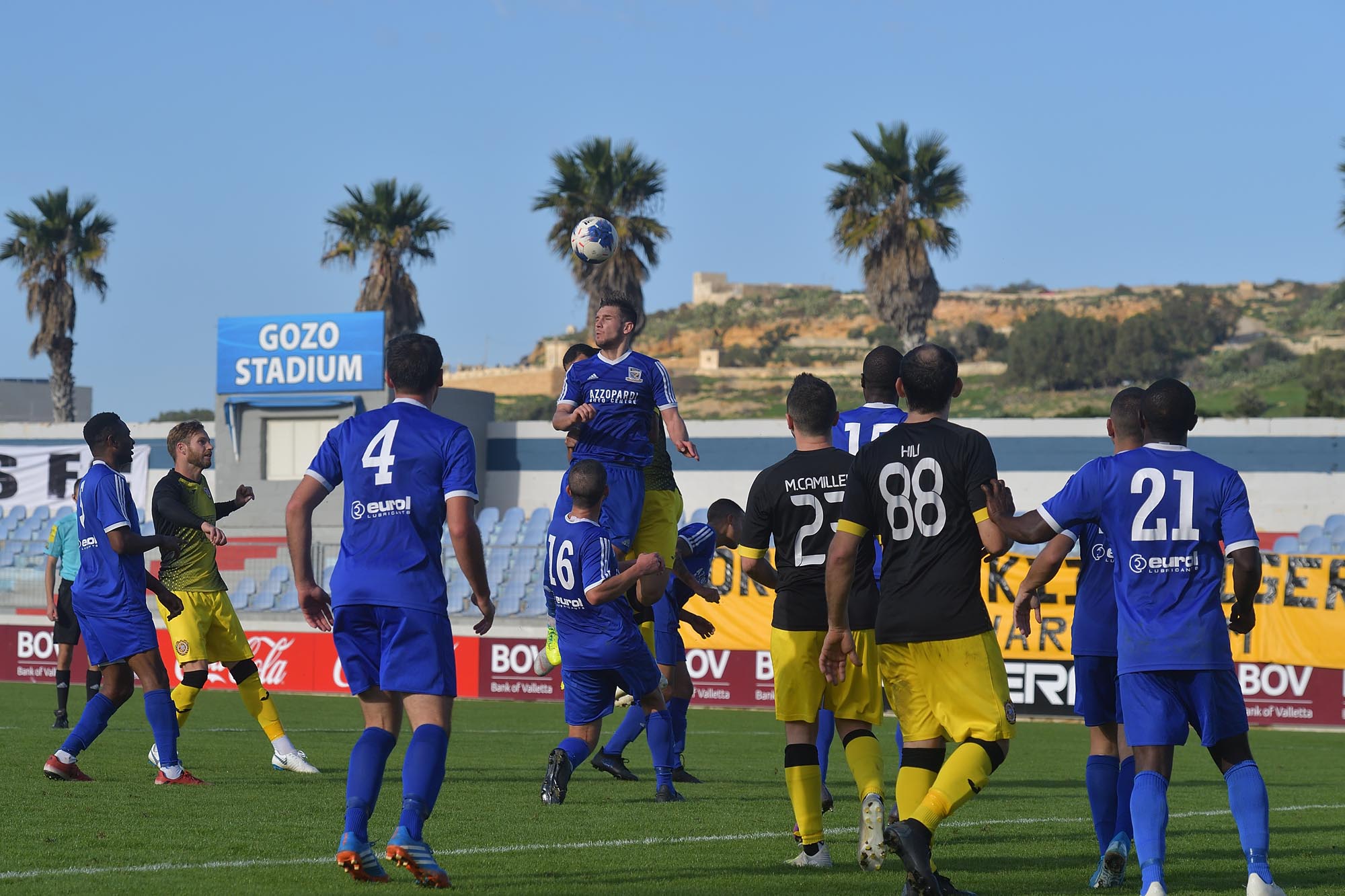 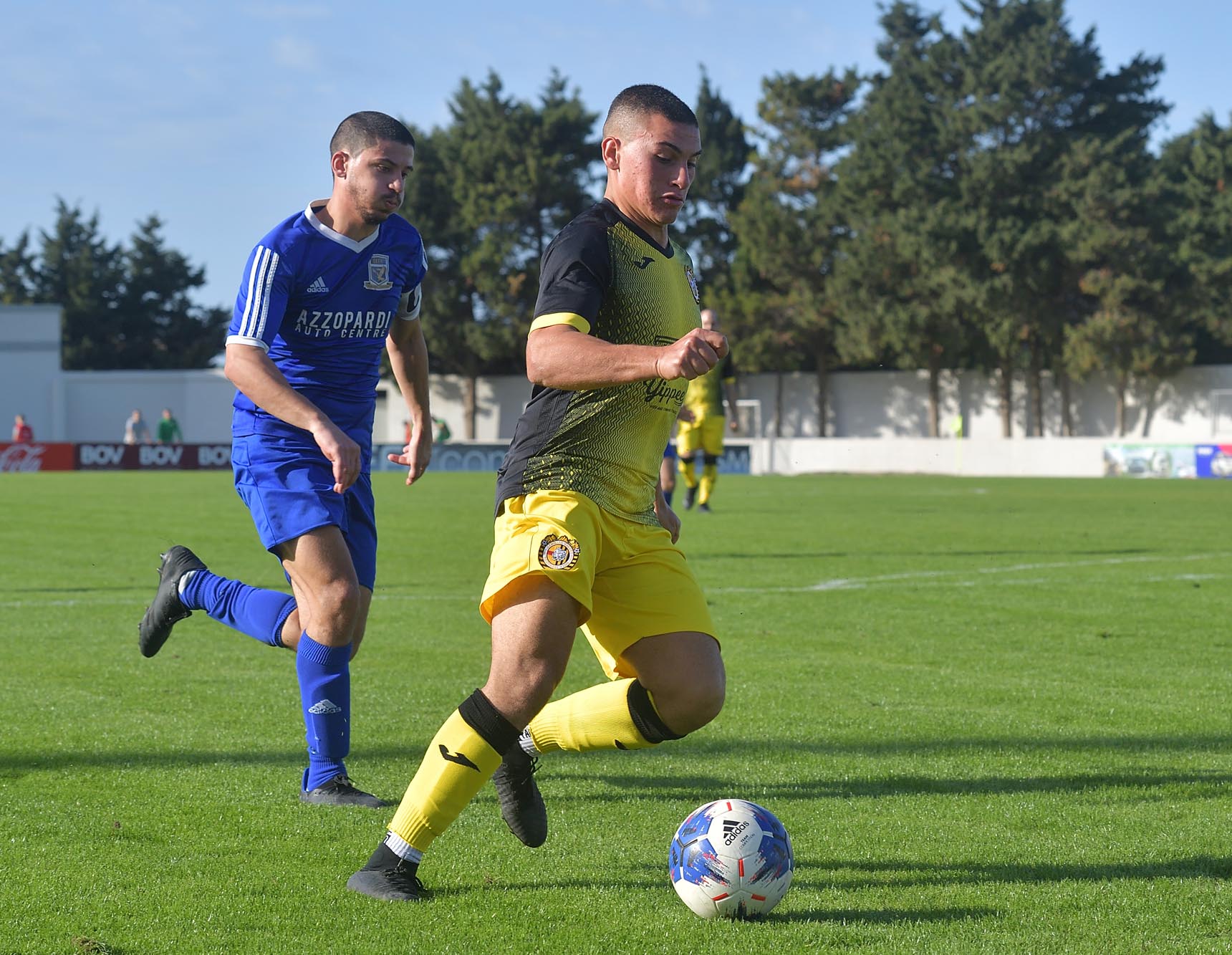 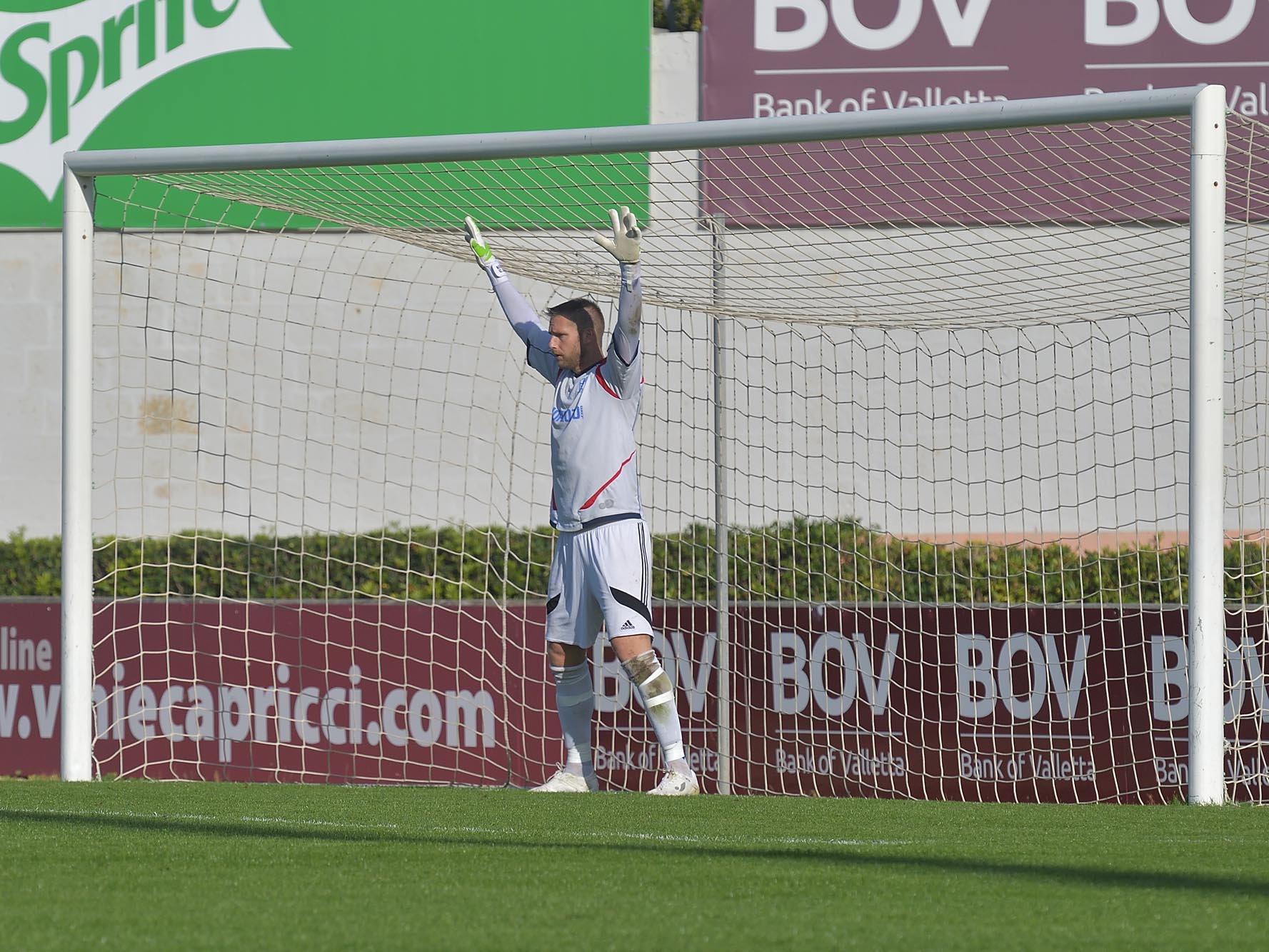 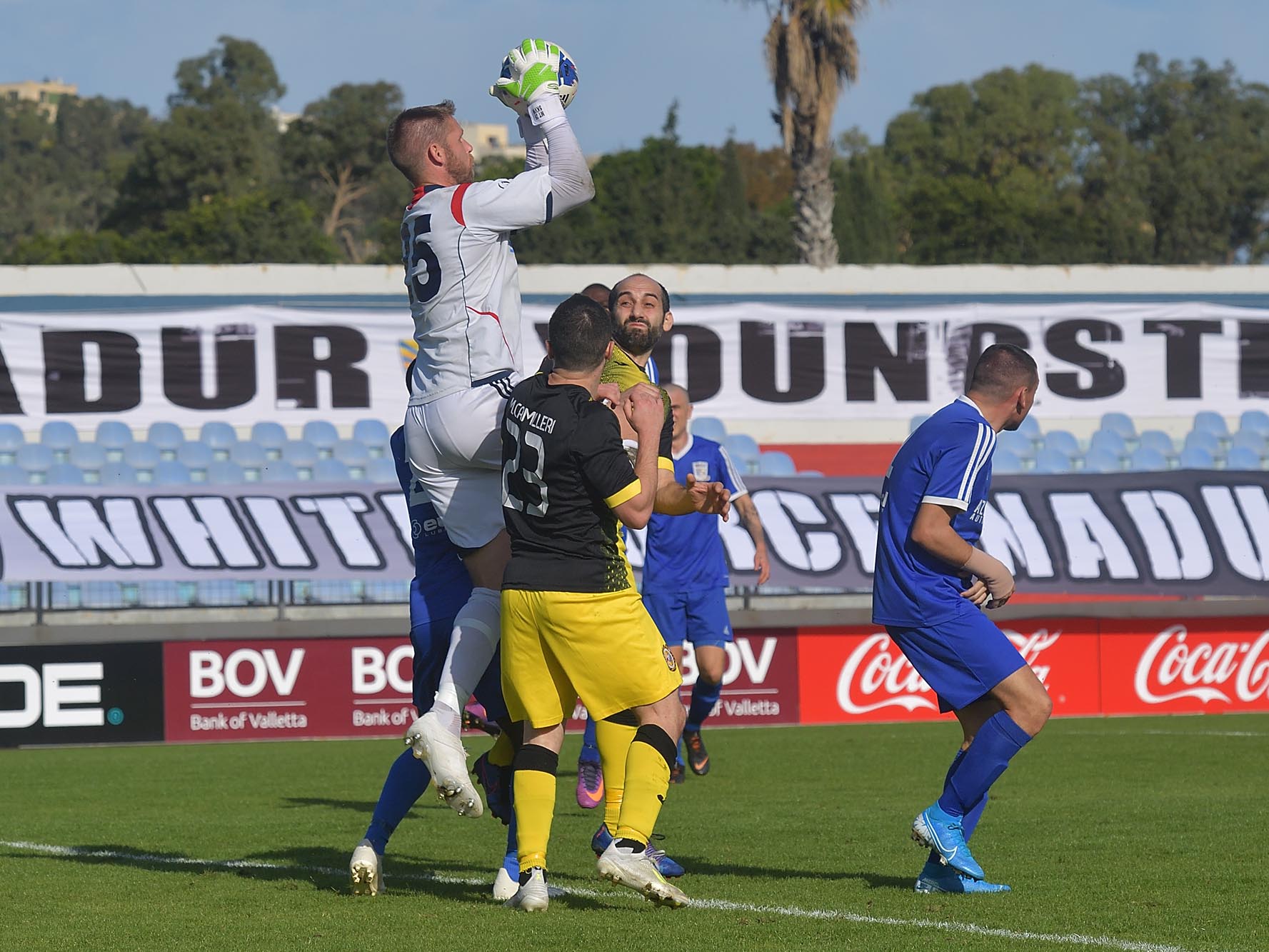 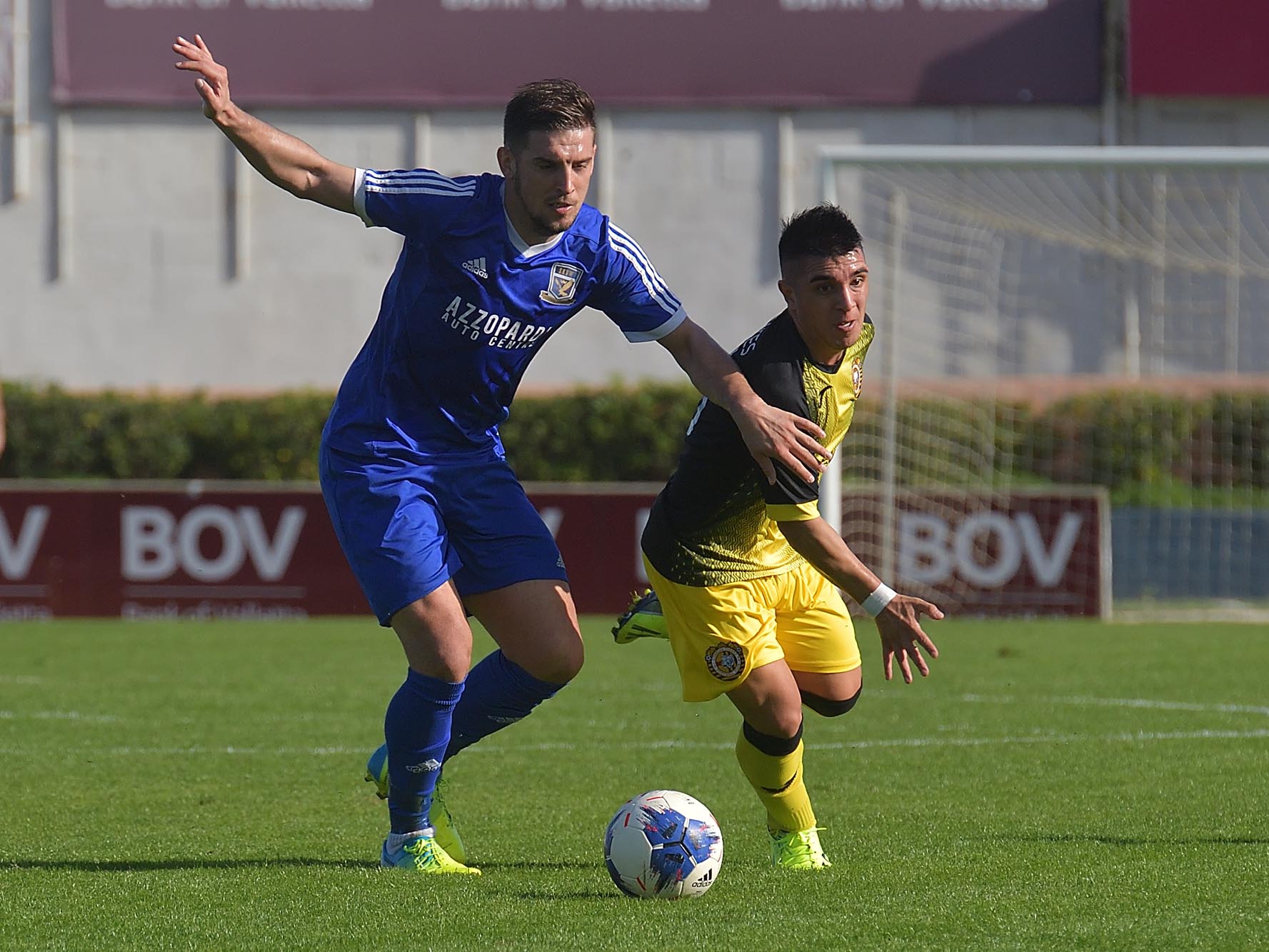 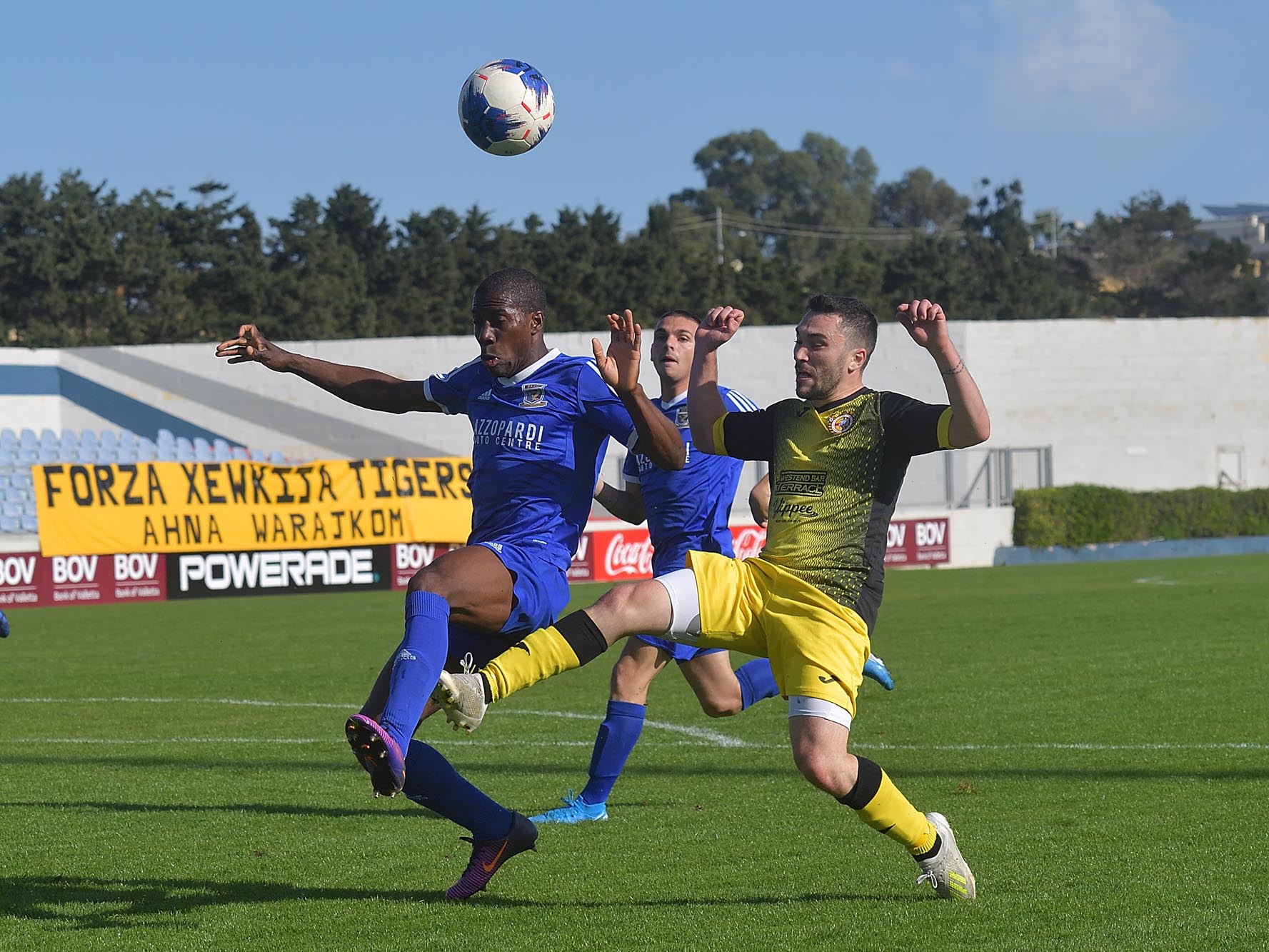