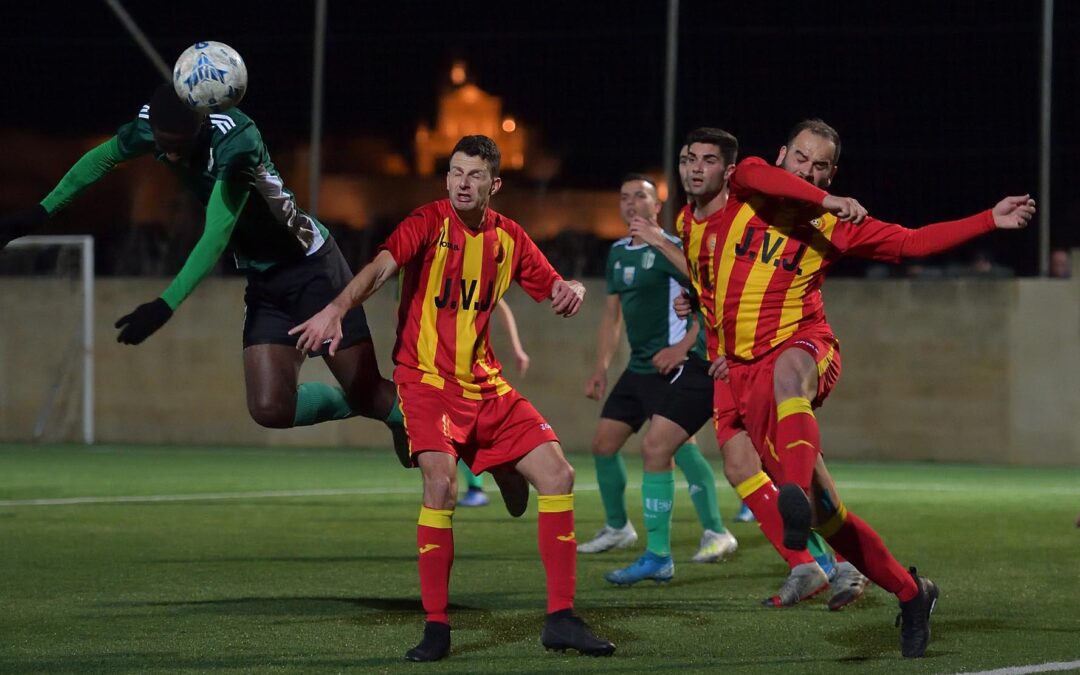 The match between Sannat Lions and St Lawrence Spurs, which was scheduled within the program of matches for the weekend but was suspended due to the directives issued by the Malta Referees Association, was original postponed and the match was played on Monday behind closed doors.  In this match Sannat obtained the three points at stake with a 2-1 win over St Lawrence Spurs. Sannat needed a win to retain their leadership while St Lawrence were aiming for a positive result in an attempt to reduce their gap from the same Sannat and the other contenders or promotion Oratory Youths.  During the match Sannat struggled to take full command of play but their efforts were rewarded as they managed to clinch the win with a goal scored four minutes from the end of regular time.

Sannat came out determined to make up for the disappointing performance in their previous match against Oratory that was abandoned.

7’ (1-0) Sannat opened the score in their first serious attempt towards goal that arrived through a shot by Joseph Zammit following a corner action.

Sannat continue to enjoy more possession but St Lawrence were well deployed at their defence and kept their area clear form danger for most of the time.

19’ The Spurts replied through a personal action by Matthias Michael Uzor who entered Sannat’s territory but goalie Matthew Muscat left his position in time and blocked the danger.

22’ (1-1) St Lawrence however levelled the score through a strike form outside the area by Jason Theuma that surprised Sannat’s goalie.

27’ Sannat’s best scoring opportunity until the end of the first half arrived through a shot from long distance by Chris Gafa that ended awsay from St Lawrence’s goal.

After the break the match became more interesting as the Spurs shared more play in the midfield with their opponents.

1’ St Lawrence created a serious scoring opportunity through an effort by Charlon Tabone that was well saved by goalie Matthew Muscat.

Sannat increased their efforts but St Lawrence’s defence continued to be well organised and their goalkeeper was not called to make difficulty interventions.  In the meantime, the Spurs also threatened Sannat’s rear guard on more than one occasion mainly through counter breaks.

25’ St Lawrence’s Matthias Michael Uzor produced a personal action and entered Sannat’s area but the goalkeeper make an important intervention and blocked the danger among protests for a penalty from the Spurs alleging a foul by the goalkeeper on their striker.

35’ In another dangerous action by St Lawrence, Charlon Farrugia delivered the ball in front of the goalmouth form a corner kick, Sannat’s defence cleared badly and the final shot from outside the area by Matthias Michael Uzor ended just over the crossbar.

36’ Sannat replied with a personal action by Ebube Ralph Okpokwu who entered the area but his shot ended just wide.

41’ (2-1)  Sannat scored the goal that decided the issue when Joseph Azzopardi took a corner kick and the ball arrived to Ebube Ralph Okpokwu who managed to lob towards the upper corner of the goal and out of the reach of St Lawrence’s keeper.

45+4’ St Lawrence could have scored a dramatic equaliser but an effort by Josmar Vella following a cross by Matthias Michael Uzor was stopped by the crossbar.

Ghajnsielem defeat Xewkija with a goal in each half 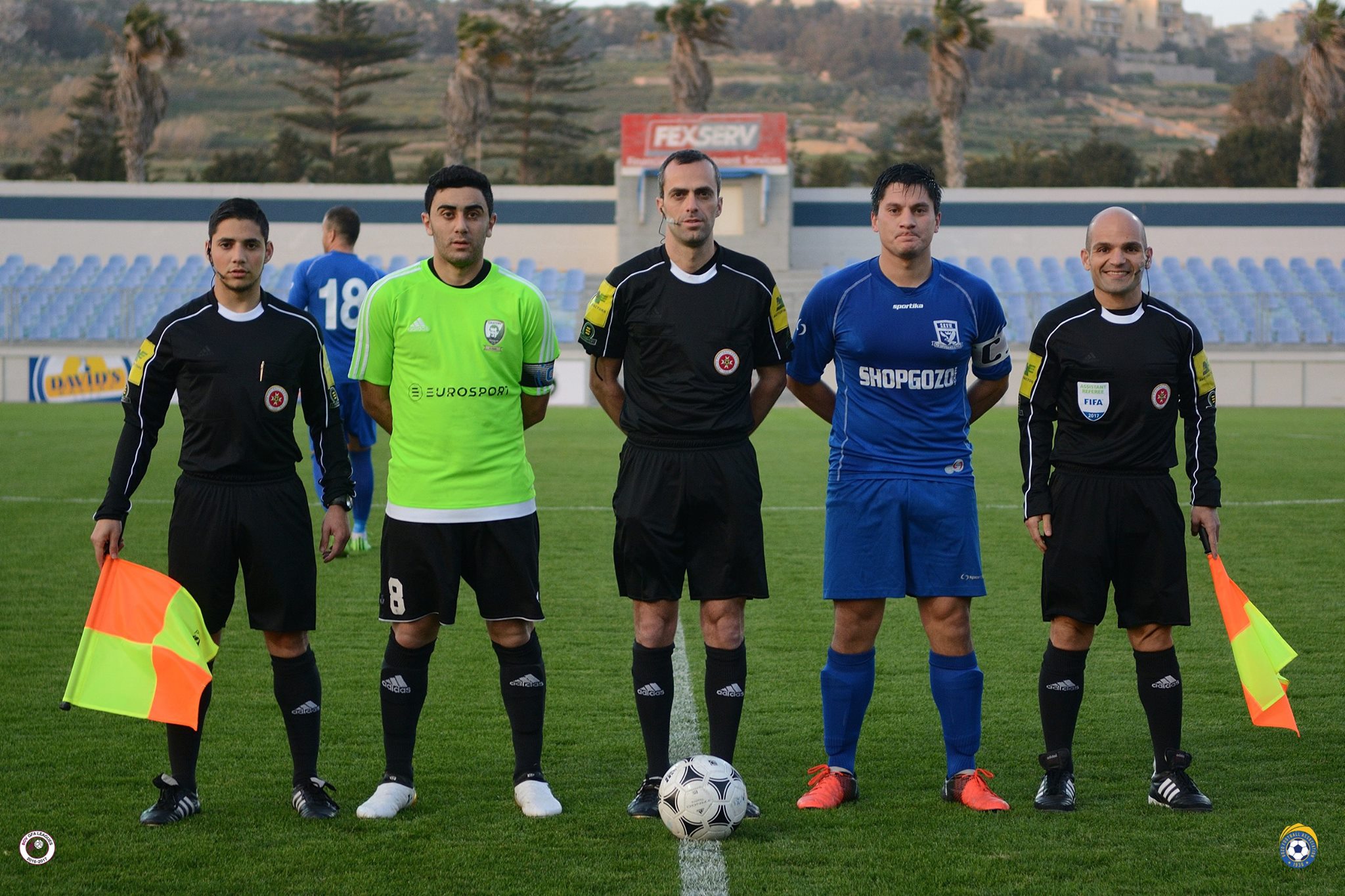 Oratory Youths Move out of the Relegation Zone 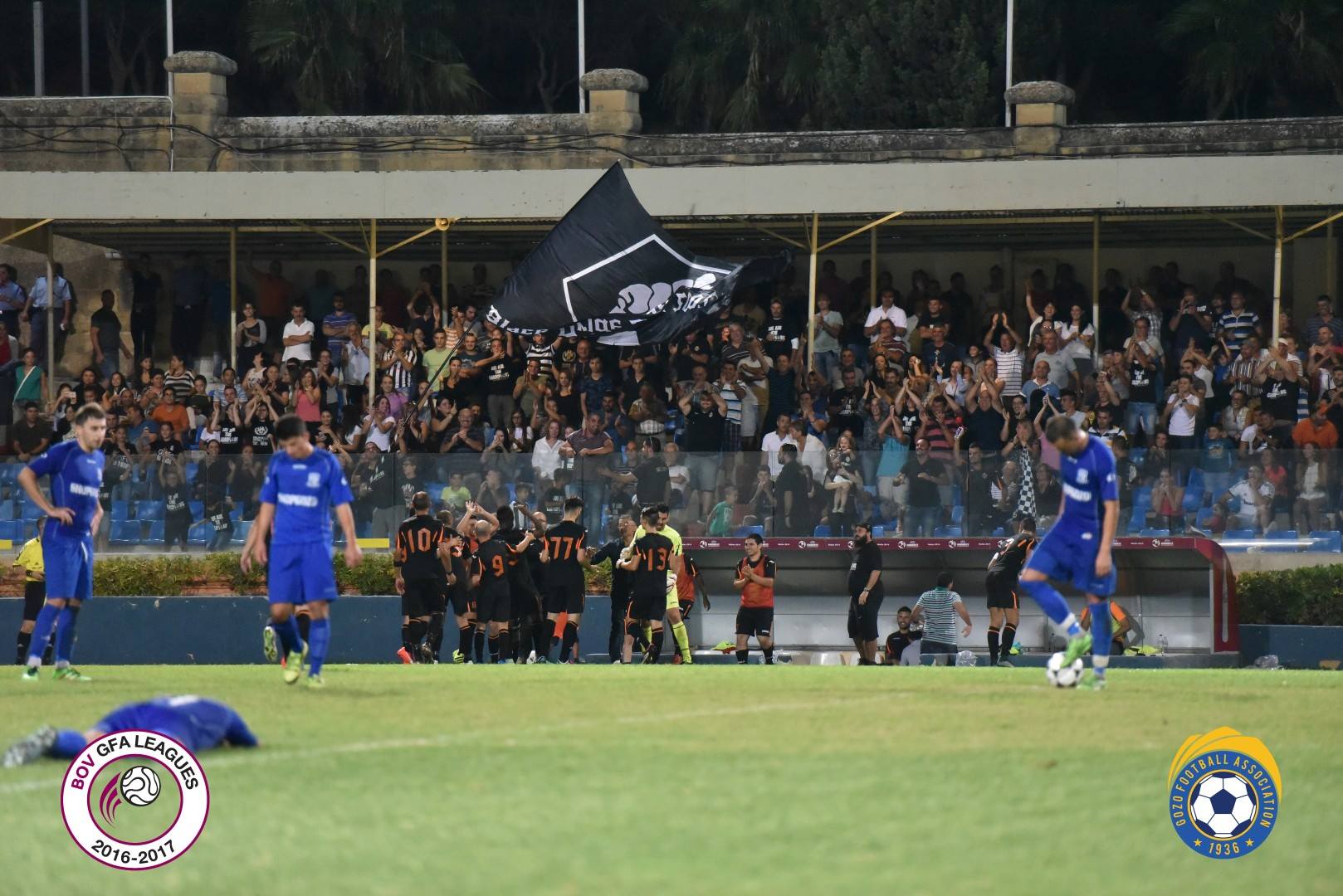