Xewkija Tigers defeat the champions with a last-gasp goal 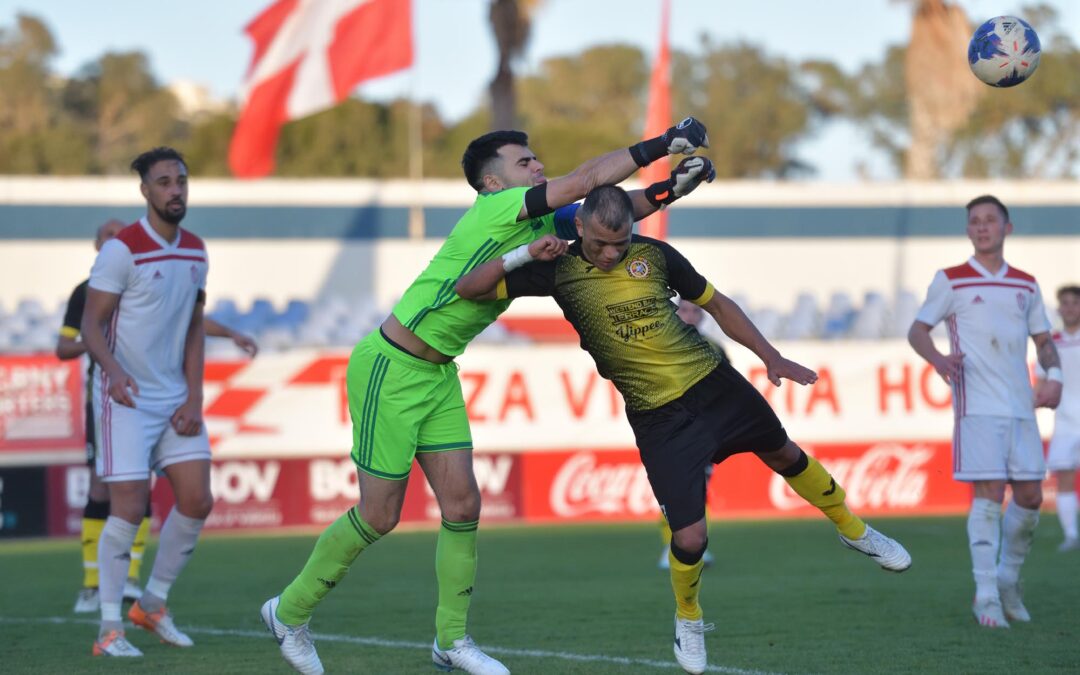 In the main match from Match-Day 9 of the BOV Gozo Football league of the first division, Xewkija Tigers turned a defeat into a 4-3 win over Victoria Hotspurs.  This was a direct clash between two teams who needed a win in an attempt to retain their chances to chase the current leaders of the table Nadur Youngsters and therefore remain serious challengers for the title.  The match, which pulled a sizeable crowd to the Gozo Stadium, lived up to the expectations and the outcome remained uncertain until the final whistle.

The Hotspurs seemed ion a better shape for most of the encounter and were heading towards a win as they were leading by two goals for more than an hour of play.  However, the Tigers stages an incredible reaction during the final stages, mainly by pushing more players in attack, so that they not only recovered the deficit but also managed to score the decisive goal during stoppage time when they were also playing with a player less on the field.

For this match the Hotspurs had Guido Ugolotti who was leading the team from the bench for the first time but with this result the Citizens, who were champions of Gozitan football for the last two seasons, compromised the possibility to defend the title as they remain with an eight point gap from the leaders and the latter have a game in hand.

During the opening stages of the encounter the two sides were very prudent and tried to keep their respective area clear form danger.

3’ Xewkija created the first serious attempt at hgoal through a cross shot by Rodney Buttigieg that ended wide.

6’ The Hotspurs increased their momentum as time passed by and could have opened the score through a header on the run by El Mehdi Sidqy from a corner kick by Emiliano Lattes that ended just over the crossbar.

9’ In another good action by the Hotspurs a shot by Jonathan Bajada following a pass by Christian Mercieca, was blocked by Xewkija’s defence.

10’ Victoria’s Henrique Maciel entered Xewkija’s area with a personal action but goalie Mark Grima left his position in time and blocked the danger.

14’ – penalty – The Hotspurs were awarded a penalty for a foul by Manwel Tabone on Christian Mercieca.

15’ (1-0) Victoria opened the score through the shot from the spot kick by Elton Da Silva.

19’ Xewkija tried to produce a reaction but a shot by Manwel Tabone following a corner action ended wide.

21’ The Tigers could have created more danger from a free kick by Jose Carlos Nogueira Junior but the ball got a deflection by the wall and ended in corner.

36’ A free kick by Claudio Frances ended away from Victoria’s goal.

37’ The Hotspurs almost doubled the score when Elton Da Silva entered Xewkija’s area but his shot was saved in two attempts by goalie Mark Grima.

For the second period the Hotspurs surprised their opponents and scored two goals in the space of four minutes.

3’ (1-2) Victoria regained the lead through a fine header by El Mehdi Sidqy following a free kick by Emiliano Lattes.

7’ (1-3) The Hotspurs added another goal with a fine strike by Elton da Silva following a counter break.

8’ – penalty – Xewkija were awarded a penalty for a foul by substitute Carlo Abela on Jackson De Lima.

9’ (penalty missed – saved) – Jackson De Lima however failed to capitalise form the opportunity as his shot from the spot kick was saved by Victoria’s keeper Adrian Parnis.

Xewkija took some time to recover from the missed scoring opportunity.

19’ The Tigers created a serious scoring opportunity through a header by Jackson De Lima following a cross by Claudio Frances that was saved to a corner by Victoria’s keeper.

21’ Xewkija should have created more danger when Claudio Antunes, who came in as a substitute during the second period, received the ball at the edge of the area in an unmarked position but the Brazilian striker hit badly and the goalkeeper saved without any difficulty.

23’ Victoria Hotspurs went very close to score the fourth goal when Elton Da Silva had a close ranged shot that was blocked by goalie Mark Grima.

24’ Xewkija’s Claudio Antunes entered Victoria’s area but he hesitated to conclude and his final attempt was weak and blocked by goalie Adrian Parnis so that the defence cleared the danger form the area.

25’ The same Claudio Antunes had another attempt towards Victoria’s goal but the ball missed the target.

29’ (2-3) Xewkija reduced the score when Claudio Antunes produced a personal action inside Victoria’s area and Claudio Frances took the ball and surprised the goalkeeper with a low shot.

40’ (3-3) Xewkija managed to clinch the equaliser with a fine strike by Jose Carlos Nogueira Junior after receiving from Jackson De Lima.

41’ (red card) Before the restart Xewkija were reduced to ten players when Jackson De Lima was sent off for a second bookable offence received for gestures towards Victoria’s supporters.

For the remaining minutes they two sides went all out to earn the full points at stake.

45+2’ (4-3) Xewkija scored the goal that decided the issue when Joseph Mario Vella managed to release substitute Johnny Camilleri inside Victoria’s area and the latter fired in goal from an angled position. 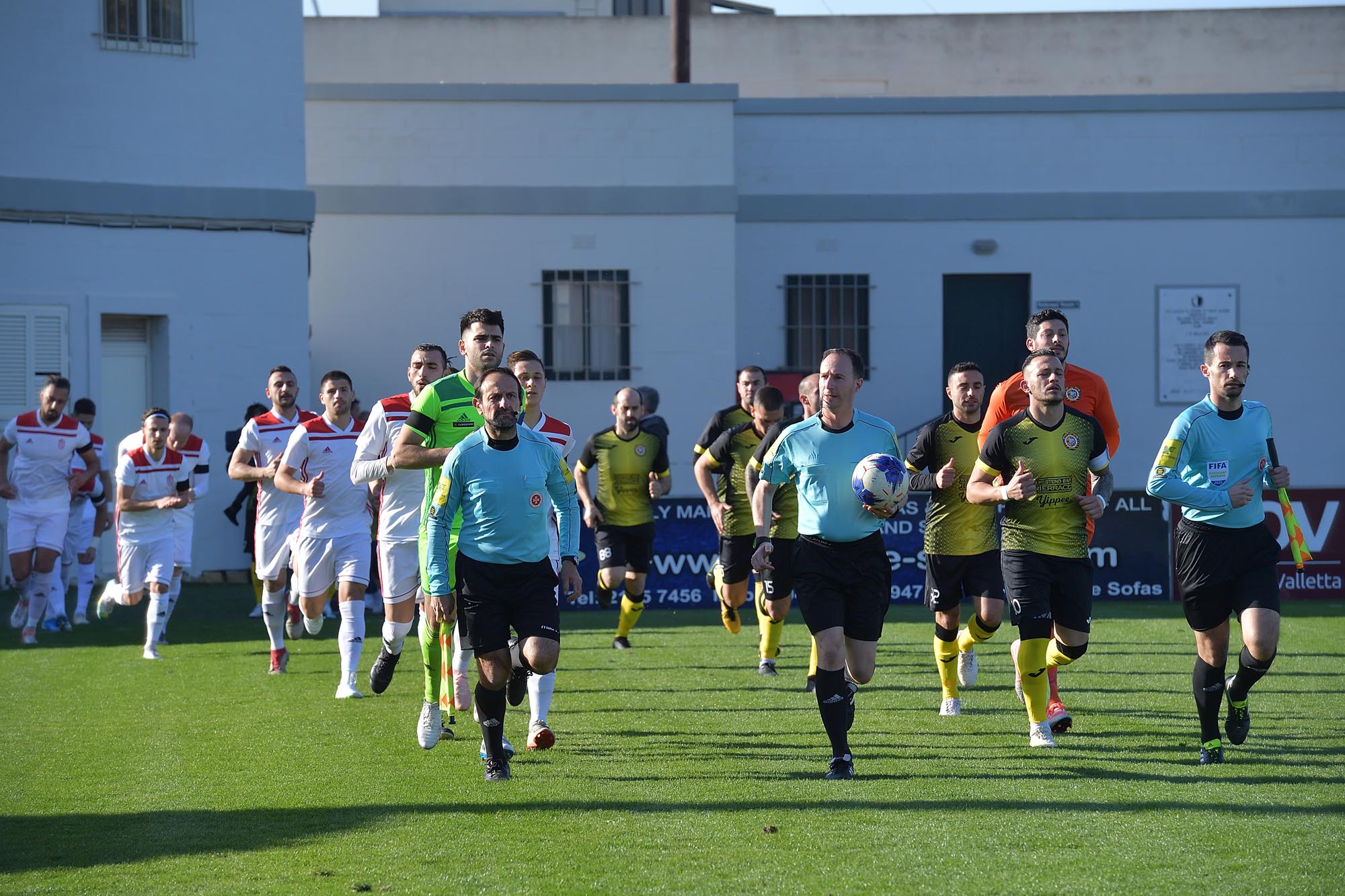 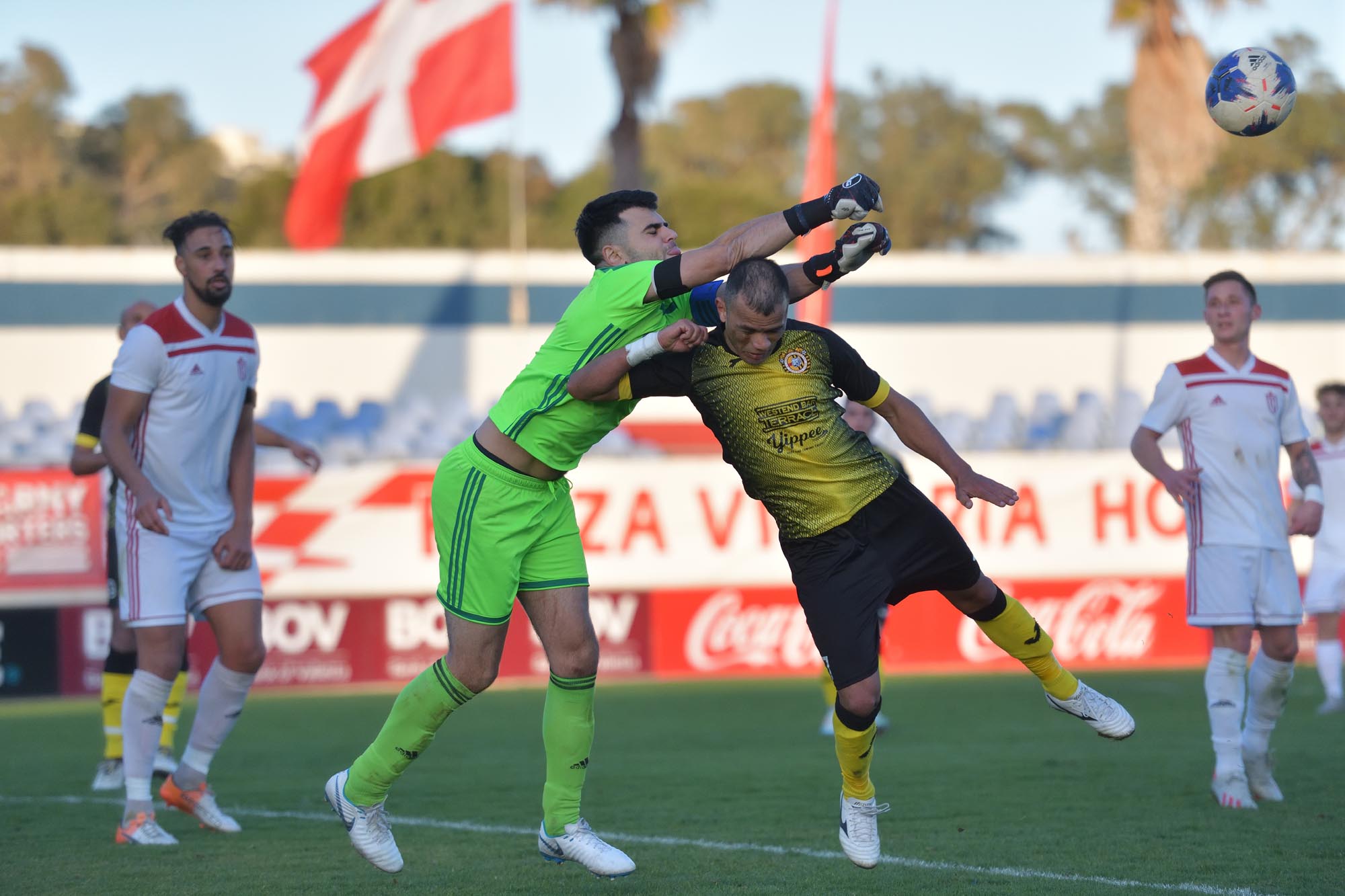 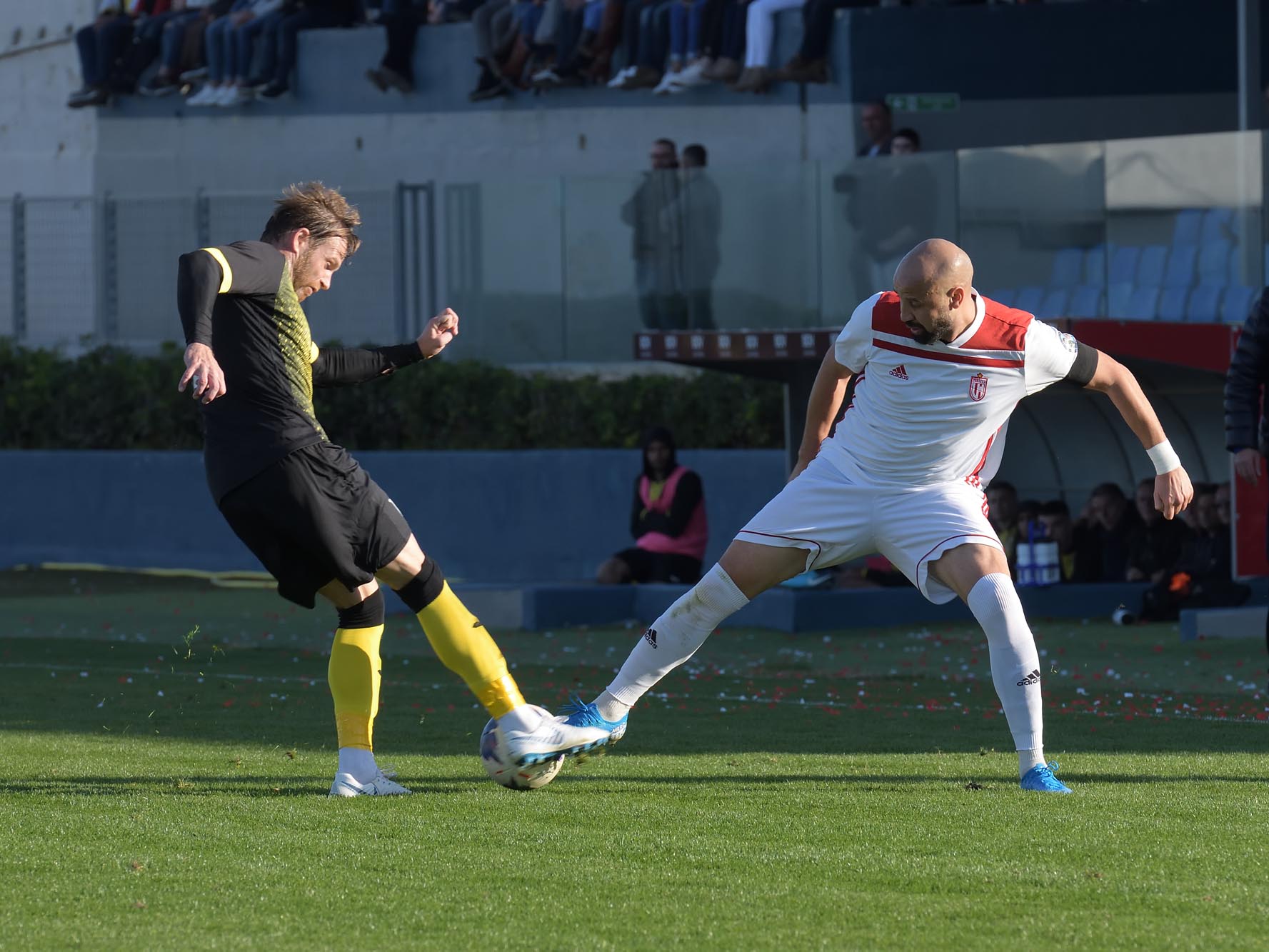 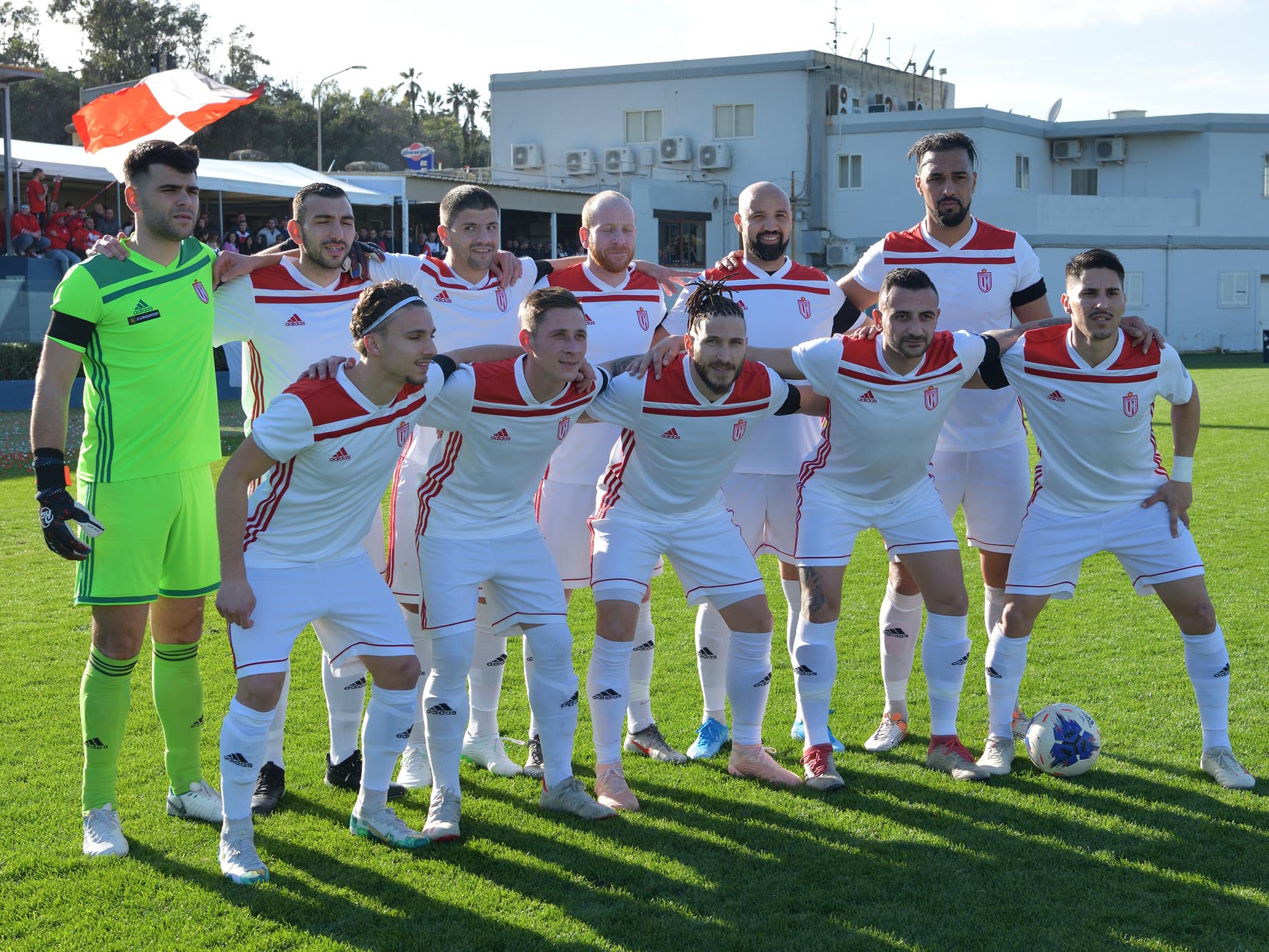 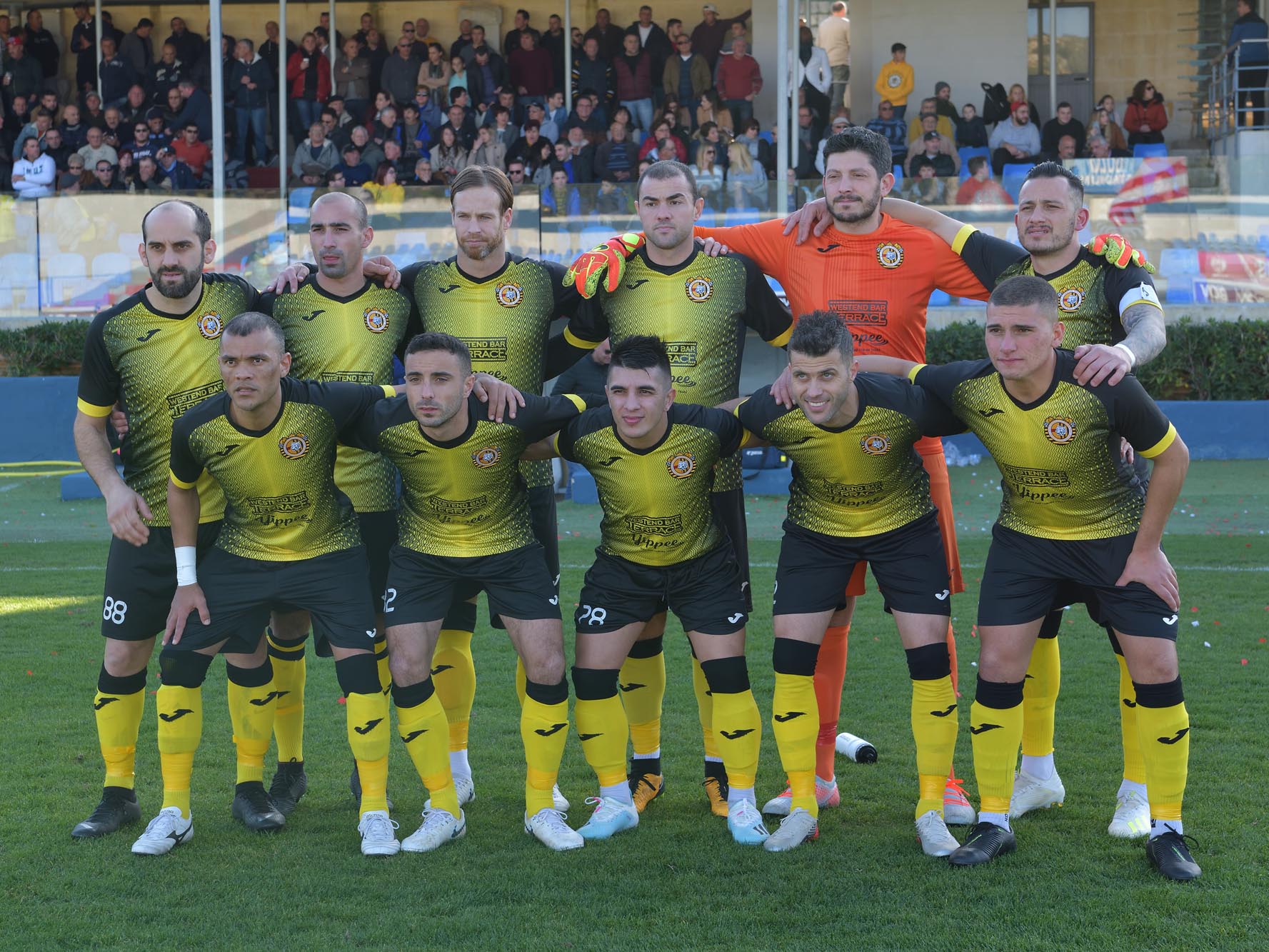 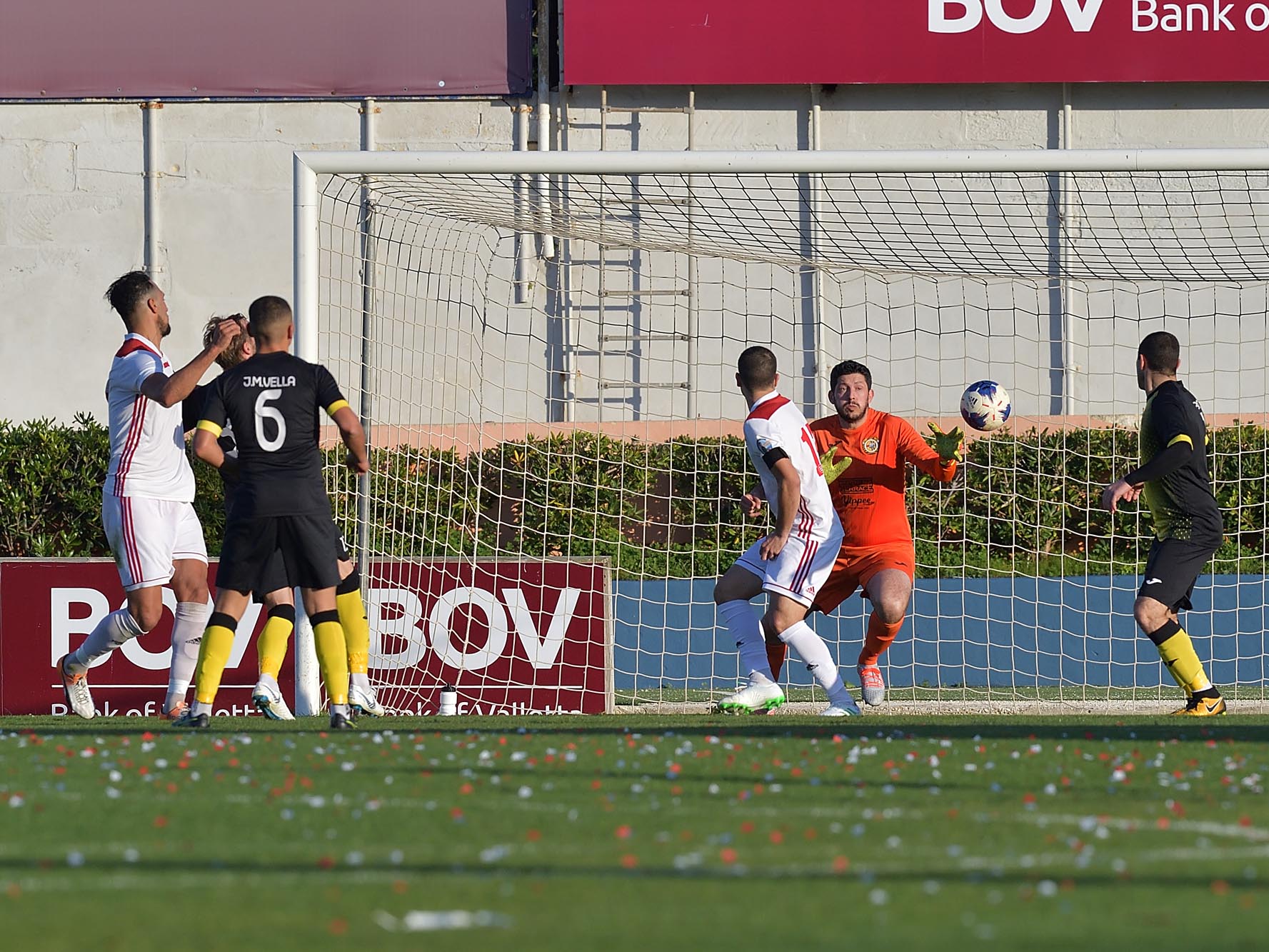 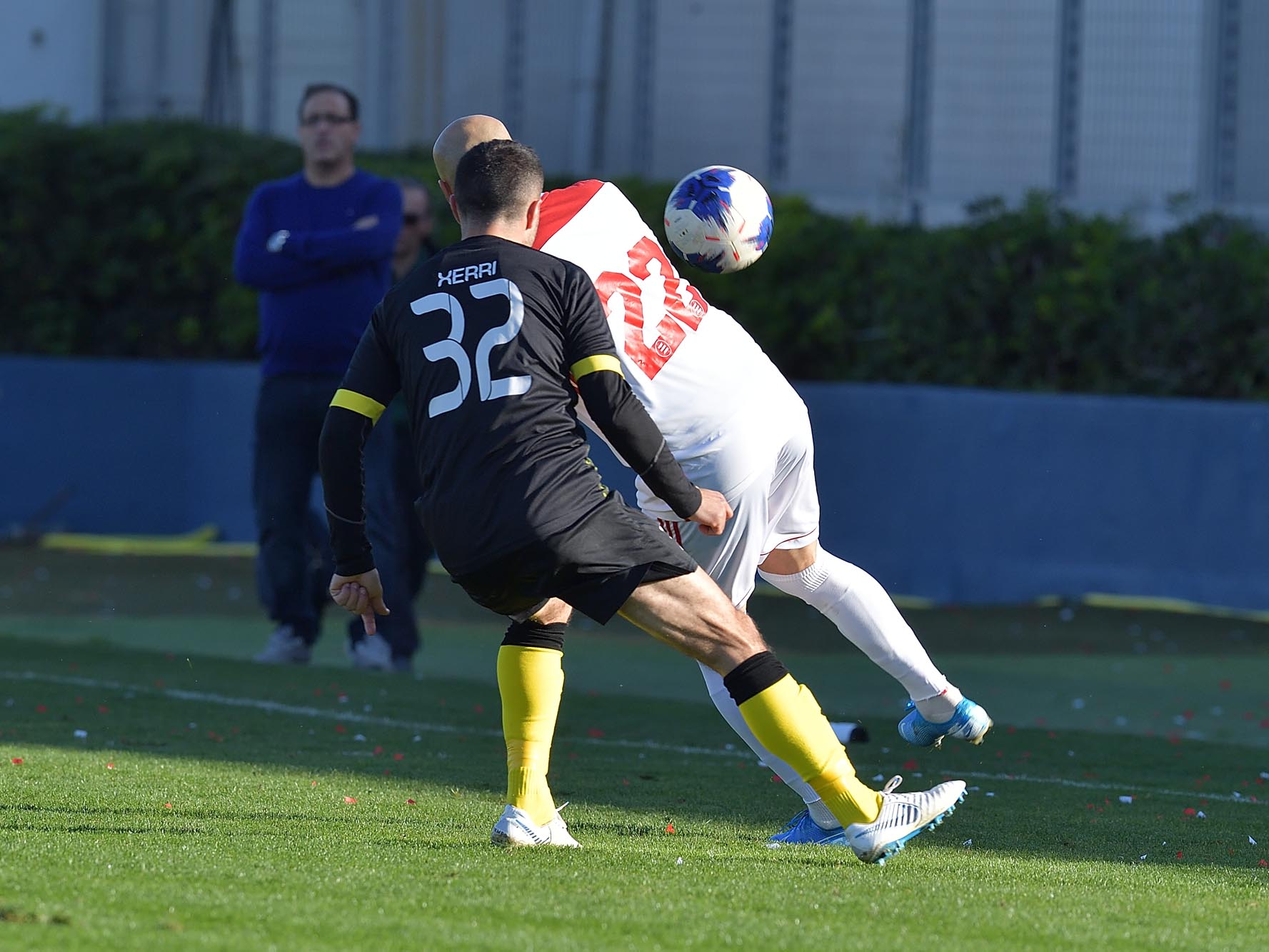 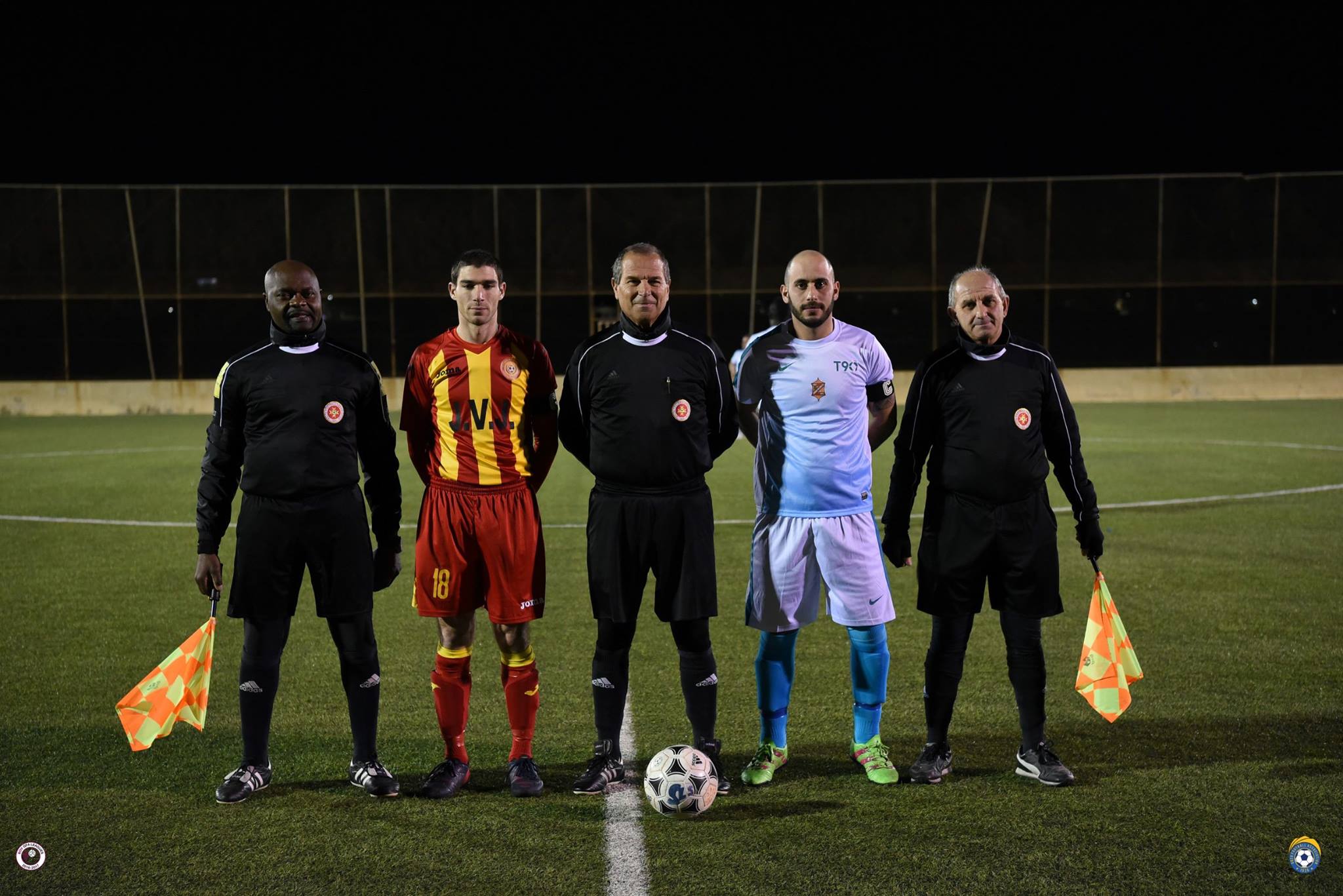 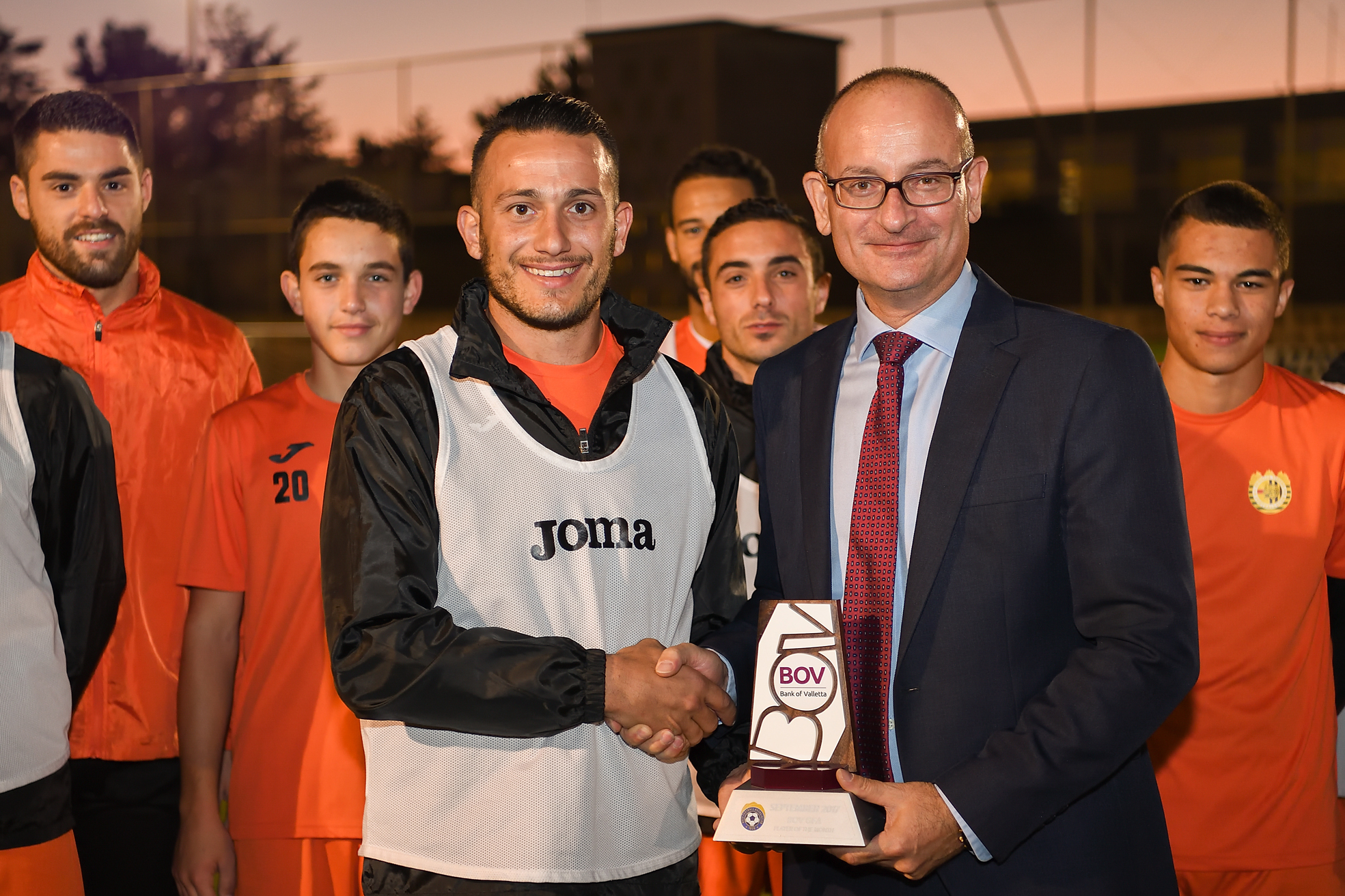 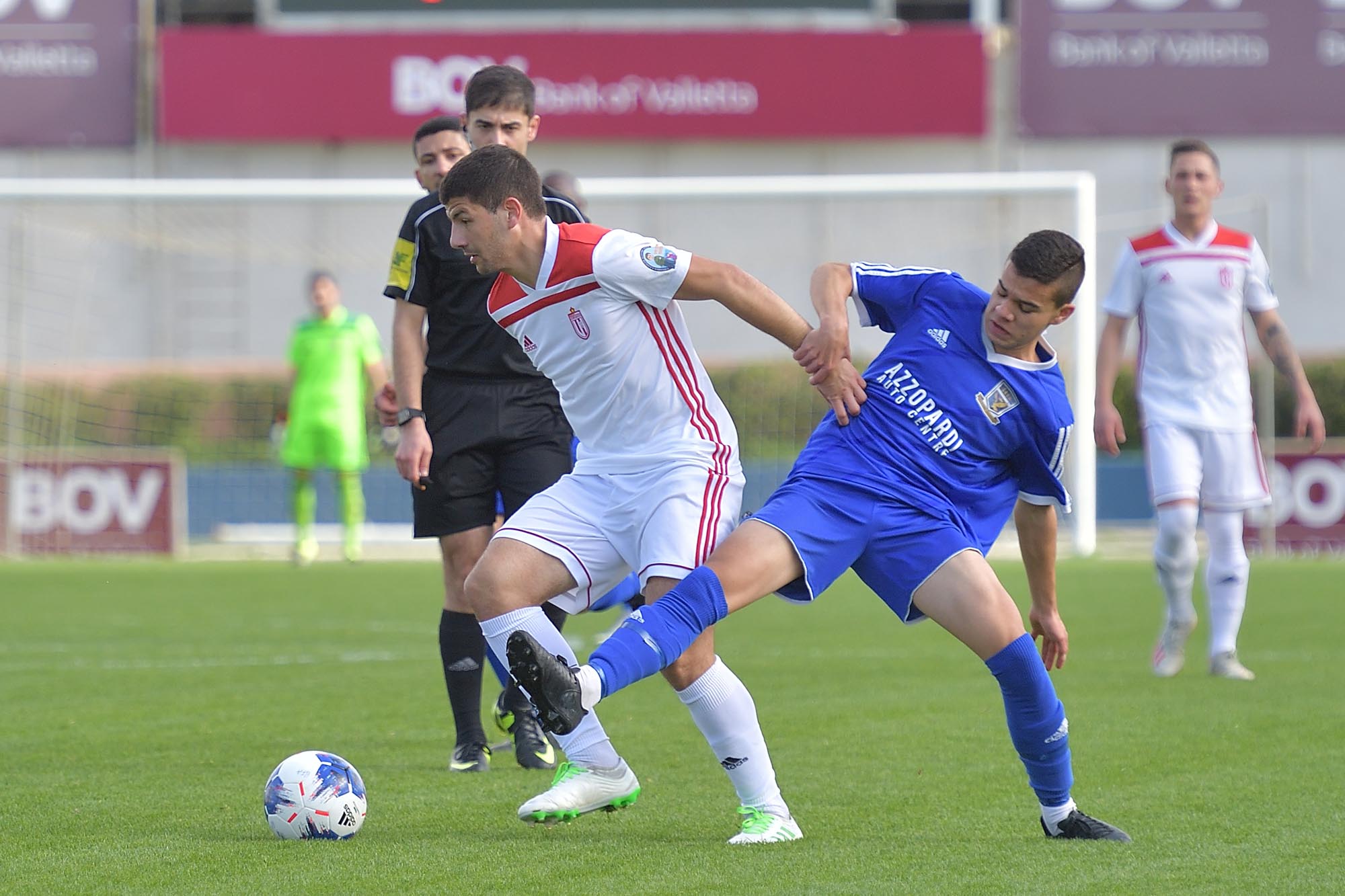