Munxar obtain a deserved win in a thrilling match 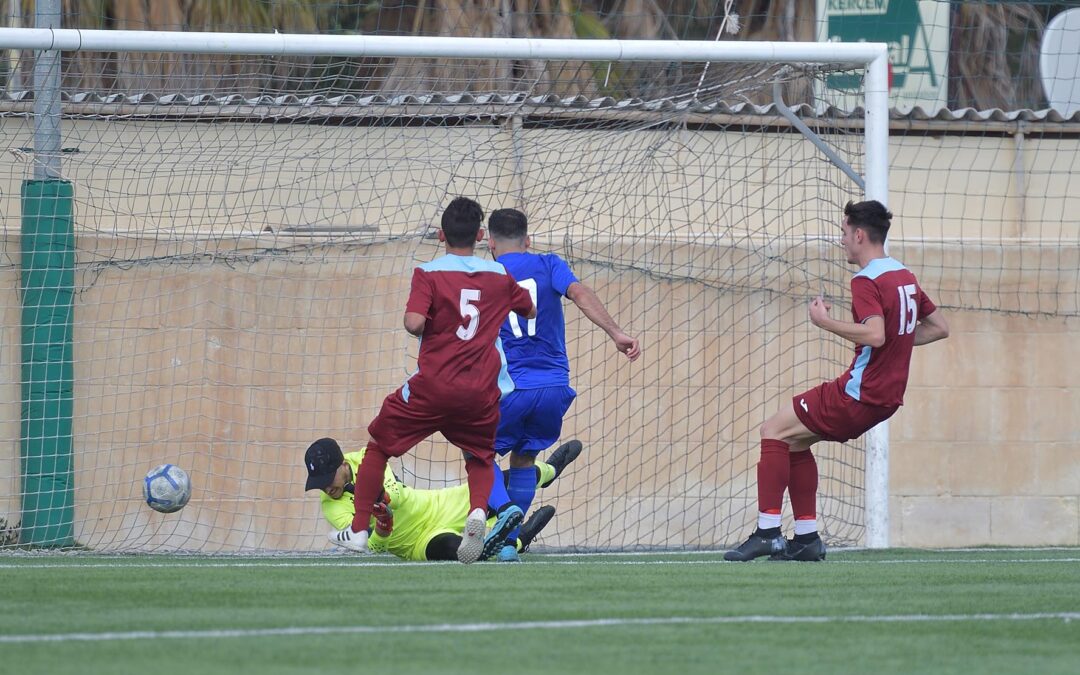 Munxar Falcons reopened their chances to move away from the bottom place on the table with three deserved points obtained from a 5-3 win over Qala Saints. This was Munxar’s second win in the campaign and the second consecutive positive result and it shows that the Falcons are still struggling to make up for the disappointing start in the league. The two sides came out with ambitions to obtain the win as Qala were aiming to consolidate their mid-table position while Munxar need points to improve their position in the standings. Munxar were more determined throughout the encounter so that they managed to regain the lead each time that Qala recovered the deficit.

Munxar came out in better shape and took territorial supremacy form the early stages of the encounter.
1’ Munxar’s Ayesller Carvalho had a good shot that was well saved by Qala’s keeper Omar Xuereb.
12’ The same Munxar striker Ayesller Carvalho produced a personal action within Qala’s area but his attempt towards goal was stopped by the post. The ball arrived to Kenneth Mizzi from the rebound but the latter had his shot that was neutralised by Qala’s keeper Omar Xuereb.
13’ In another dangerous action by Munxar, striker Ayesller Carvalho had his shot well saved by goalie Omar Xuereb.
15’ Munxar’s Kenneth Mizzi could have capitalised better when he lobbed over Qala’s keeper who was out of his position but the ball ended wide.
16’ (0-1) Munxar were rewarded for their efforts and opened the score through a strike from outside the area by Luke Attard that surprised Qala’s keeper.
29’ (0-2) Munxar doubled the score with a close-range shot by Derek Paul Borg after receiving from Luke Attard.
31’ Qala replied through a free kick by Felipe Augusto De Oliviera that was saved by Munxar’s goalie Frankie Azzopardi.
33’ (1-2) Qala reduced the score through a shot from outside the area by Stefan Farrugia that ended out of the reach of the goalkeeper.
38’ Qala were unlucky when a shot from outside the area by Felipe Augusto De Oliviera was stopped by the crossbar with the goalkeeper beaten.
45’ (2-2) Qala levelled the score through Felipe Augusto De Oliviera who entered Munxar’s territory with a personal action and lobbed into an open goal as the goalkeeper left his position in an attempt to block the danger.
45+4’ (2-3) Munxar regained the lead when Ayesller Carvalho entered Qala’s area with a personal action and placed in goal with a low drive.
HT (1-1)

Qala tried to produce a reaction from the initial stages of the second period.
4’ Felipe Augusto De Oliviera entered Munxar’s territory form the left flank but his low shot was stopped by the post.
8’ Munxar could have added another goal but a shot by Kenneth Mizzi from a good position was well saved by Qala’s keeper Omar Xuereb.
11’ (3-3) penalty – Qala managed to score the equaliser when they were awarded a penalty for handling by Neville Haber, who came in as a substitute seconds earlier, following a free-kick and Felipe Auguisto De Oliviera converted from the spot-kick.
22’ (3-4) Munxar once again took the lead when a low shot by Kenneth Mizzi was partially saved by goalie Omar Xuereb and from the rebound, Derek Paul Borg placed easily into an open goal.
26’ Munxar held command of play and were dangerous through a shot by Ayesller Carvalho that was saved with some difficulty by Qala’s keeper.
38’ (3-5) Munxar made sure of the win when they were awarded a penalty for hands committed by defender Peter Muscat following a shot by Derek Paul Borg, and Ayesller Carvalho fired in goal with his shot from the spot-kick.
FT (3-5) 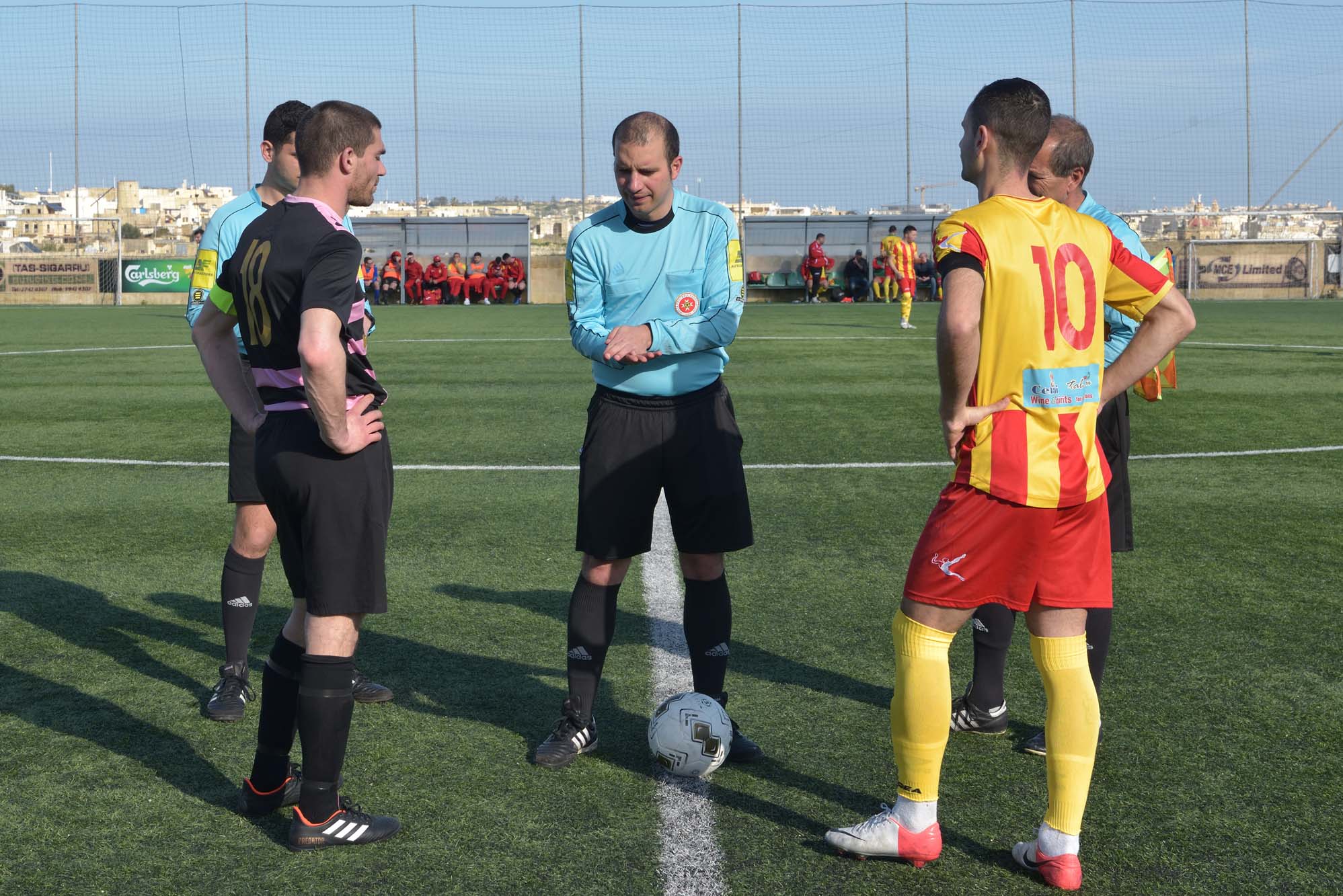 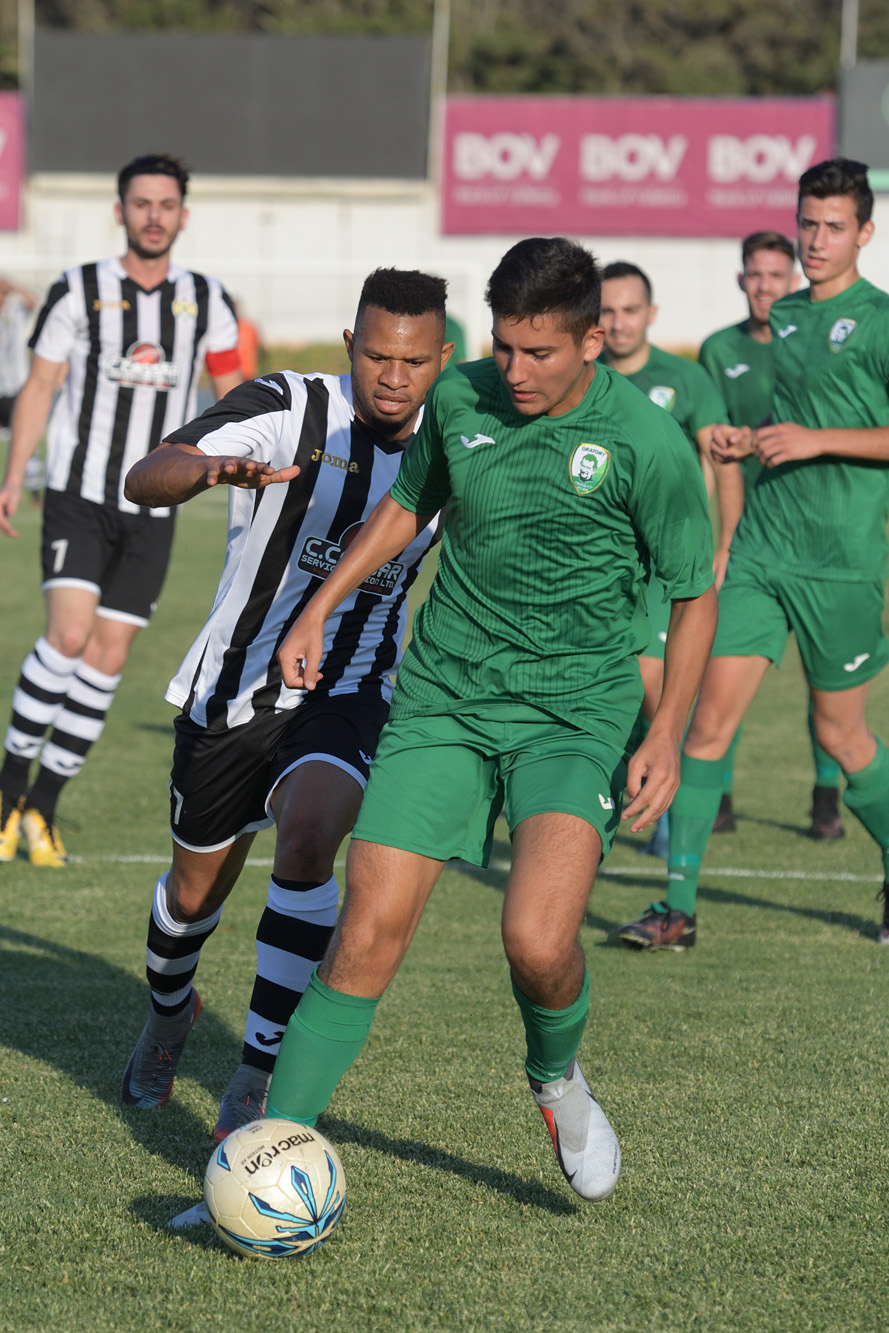 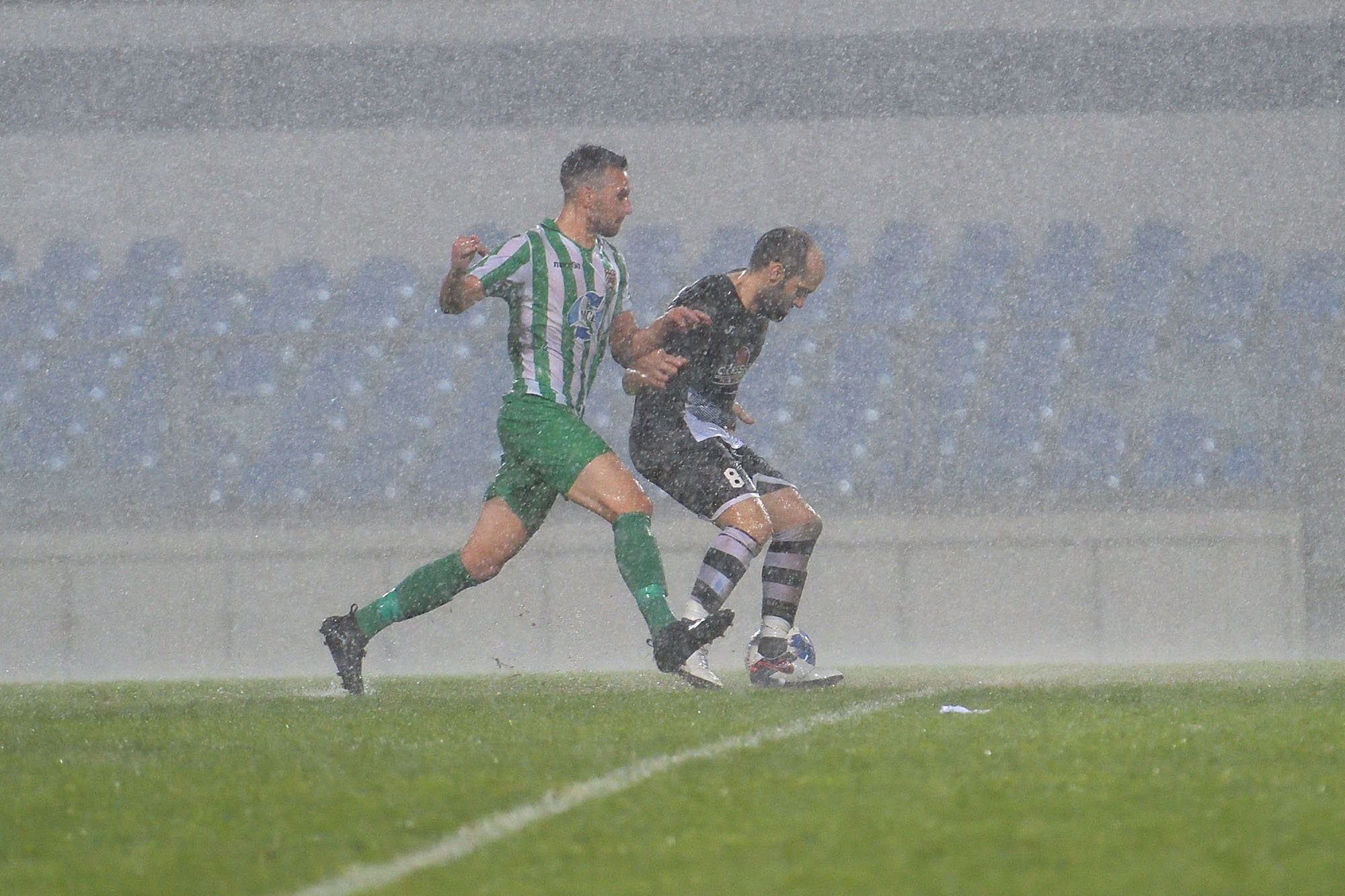