Nadur Youngsters ease past Xaghra with four goals in each half 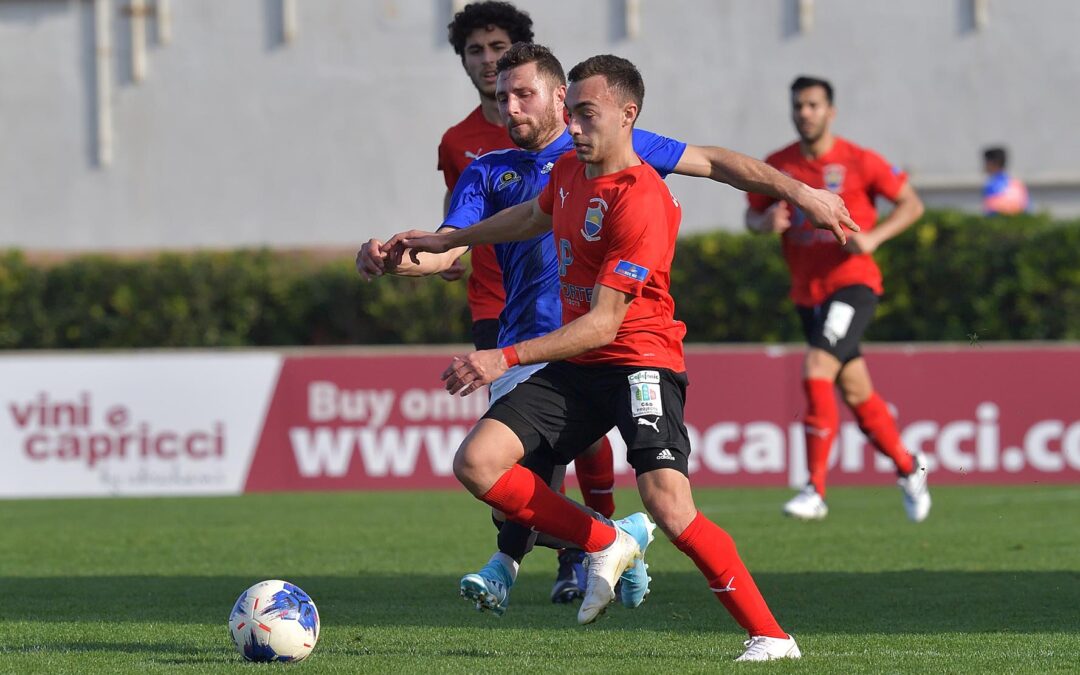 In the last match from Match-Day 9 of the BOV Gozo Football League of the first division, Nadur Youngsters obtained an 8-1 win over Xaghra United with four goals scored in each half.  This was the win with the largest score and with the largest margin of the championship so far and with the points obtained Nadur retained their five point lead over their closest rivals for the title.  Nadur had command of play throughout the encounter but only managed to pave the way to the large win with three goals scored during the final stages of the first half.

8’ (0-1) Nadur opened the score when Marcelo Barbosa passed through Xaghra’s defenders outside the area with a personal action and placed in goal with a low shot.

9’ Nadur could have doubled the score but an effort by Johan Alberto Castano from an unmarked position inside Xaghra’s area hit the post and defender David Bajada cleared the danger form the goalmouth.

12’ Xaghra’s keeper made a good save to neutralise the ball on the goal line following a header by Predrag Djordjevic from a corner kick by Chris Camilleri.

23’ The same goalkeeper made another difficult intervention to turn to a corner a strike from outside the area by Stefan Cassar.

25’Xaghra’s keeper Lorjean Xuereb continued to distinguish himself during the first part of the encounter as he blocked with difficulty a first-timer by Nadur’s Columbian striker Johan Alberto Castano.

31’ (1-1) Ndur were punished for the missed chances as Xaghra surprised their more quoted opponents by scoring the equaliser.  The goal arrived from a mishap by Nadur’s keeper Steve Sultanta who hit badly a goal-kick so that Xaghra’s Luis Andre De Melo Lima took the ball but had his attempt deflected by the defence.  The ball, however, arrived to an unmarked Joshua Buttigieg who netted with a low drive that was out of the reach of Nadur’s keeper.

37’ In another dangerous action by Nadur a shot by Marcelo Barbosa was well saved by goalie Lorjean Xuereb.

38’ (1-3) Nadur increased their lead to two goals when Xaghra’s goalie Lorjean Xuereb punched away from his small area across by Shaun Attard but the ball arrived to Chris Camilleri who fired in goal with a first timer.

39’ (1-4) Nadur added another goal with another goal by Brazilian striker Marcelo Barbosa who concluded in goal with a strike from outside the area that ended in the upper corner of the net.

40’ In another dangerous action produced by Nadur a shot by Chris Camilleri was saved by goalie Lorjean Xuereb.

43’ Xaghra could have scored a second goal but Nadur’s keeper Steve Sultana saved with the aid of the crossbar a cross-shot by Xaghra’s debutant Nebojsa Biculjevic.

Nadur continued to dominate over their opponents form the initial stages of the period.

3’ An effort from close distance by Nadur’s Marcelo Barbosa missed the target.

5’ (1-5) Nadur scored their fifth goal through an excellent header by Elkin Serrano Valero from a corner kick by Chris Camilleri.

9’ In occasion Nadur went close to scoring but a free kick by Predrag Djordjevic ended wide.

13’ Nadur had a goal scored by Marcelo Barbosa that was disallowed for an offside infringement.

16’ Nadur replied through a strike by Stefan Cassar that was saved to a corner with difficulty by goalie Lorjean Xuereb.

19’ Nadur could have scored another goal but a close ranged header by Predrag Djordjevic from a corner action ended wide.

21’ Xaghra’s goalie Lorjean Xuereb denied Nadur from scoring when he managed to block a shot from close distance by Johan Alberto Castano.

22’ (1-6) Nadur scored their sixth goal when Luke Tabone headed inside Xaghra’s area following a corner kick by Gennaro Hili and the ball arrived to Johan Alberto Castano who placed in goal from an ideal position.

25’ Nadur were also unlucky when a free kick by Johan Alberto Castano was stopped by the crossbar and from the rebound Elkin Serrano Valero headed over the crossbar.

26’ (1-7) Nadur increased their lead when substitute Hugo Santa Rosa Cruz was released by Marcelo Barbosa and the former striker fired easily towards goal as the goalkeeper left his position in an attempt to block the danger.

29’ (1-8)  Nadur eighth goal arrived through a shot from close distance by skipper Shaun Attard who took the ball following a move inside Xaghra’s area by Stefan Cassar.

32’ Xaghra created another opportunity to score a second goal but substitute Luke Sultana hit badly from close distance following a cross by Luis Andre De Melo Lima and the goalkeeper saved the danger without difficulty.