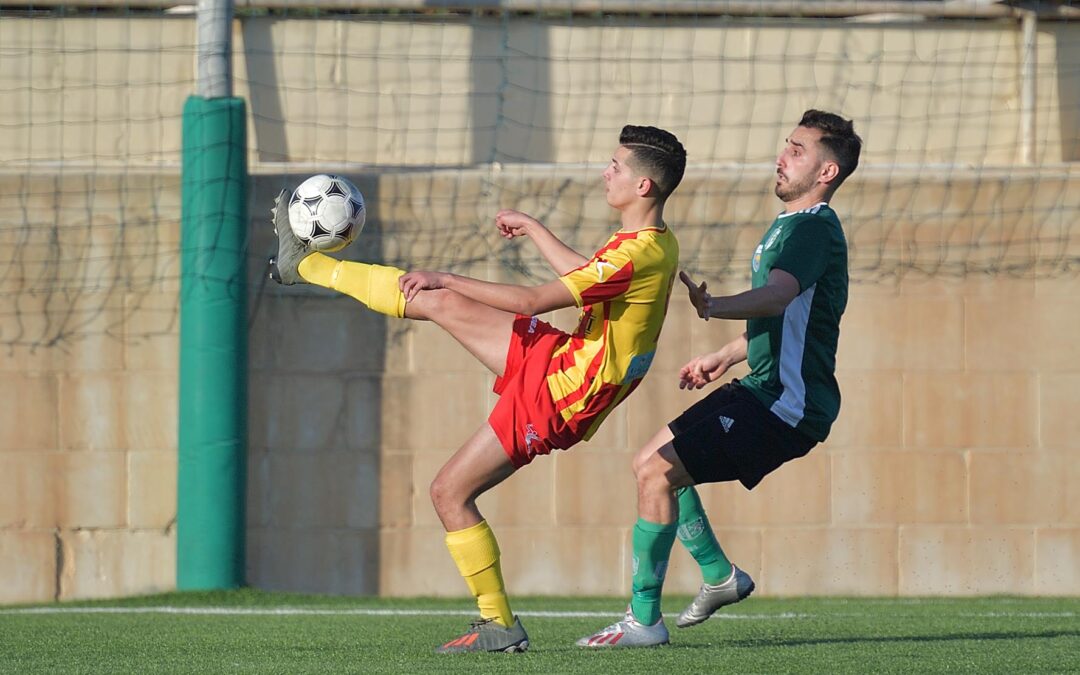 In the last match from Match-Day 12 of the campaign, Sannat Lions registered a 5-1 win over Zebbug Rovers and with the points obtained Sannat regained sole leadership. For this match Sannat needed a win to make up for the two points that were deducted by the Control and Disciplinary Board of the Gozo Football Association following the incidents in the match against Oratory Youths that was abandoned. Sannat struggled to take full command of play during the first half and at some point they conceded Zebbug the opportunity to aim fot a positive result. Sannat however dominated play after the break and ened up obtaining the win with a large score.

Sannat saw more of the ball from the first minutes of the encounter but during the first half Zebbug were well deployed and made it difficult for Sannat to create serious danger.
10’ Sannat created the first scoring opportunity through a low shot by Ebube Ralph Okpokwu that was well saved by goalie Baskal Saliba.
18’ (0-1) Sannat opened the score when a shot by Ebube Ralph Okpokwu was partially saved by goalie Baskal Saliba and from the rebound debutant Damon Hili placed easily onto an open goal.
19’ (1-1) Sannat’s joy was short luieved as Zenbbug levelled the score through a header by Lucas Farrugia following a corner kick by Robert Grima.
27’ Sannat could have regained the lead but a shot by Joseph Zammit, after receiving from Mario Mifsud, ended wide.
37’ (1-2) Sannat took the lead for the second time in the match through a header by Ebube Ralph Okpokwu following a cross by Joseph Azzopardi.
42’ Zebbug went very close to score the second equaliser but a header by Marvic Grima from a corner kick by Robert Grima hit the crossbar and Sannat’s defender Justin Agius managed to clear the ball from the goalmouth to deny Zebbug’s strikers from concluding from the rebound.
45+2’ (1-3) Sannat increased their lead when Joseph Zammit won the ball from Zebbug’s defence and passed to Ebube Ralph Okpokwu who turned around the goalkeeper before placing the ball into an open goal.
HT (1-3)

For the second period Zebbug seemed demoralised and Sannat dictated matters with authority.
7’ Sannat’s Ebube Ralph Okpokwu had a goal that was disallowed for an offside infringement.
16’ (1-4) Sannat scored their fourth goal when Zebbug’s defence cleared badly inside their area so that Ebube Ralph Okpokwu took the ball, had his first attempt that was partially blocked by the goalkeeper and from the rebound the same striker concluded into an open goal.
21’ Zebbug could have reduced the score but an effort directly from a long ranged free kick by Tiago Barbosa was stopped by the post.
25’ In another occasion by Sannat, it was Zebbug’s central defender Peter Paul Buttigieg who came in as a substitute during the second period, who cleared off the line to avoid a certain goal following a lob by Mario Mifsud that surprised Zebbug’s goalie.
33’ Zebbug had another attempt from a free kick by Tiago Barbosa that ended wide.
34’ (1-5) Sannat sealed the win by scoring the fifth goal that arrived through a personal action by Ebube Ralph Okpokwu who entered Zebbug’s area with a personal action, turned around the keeper and placed easily into an open goal.
FT (1-5)

Ghajnsielem earn a point with a last-gasp goal 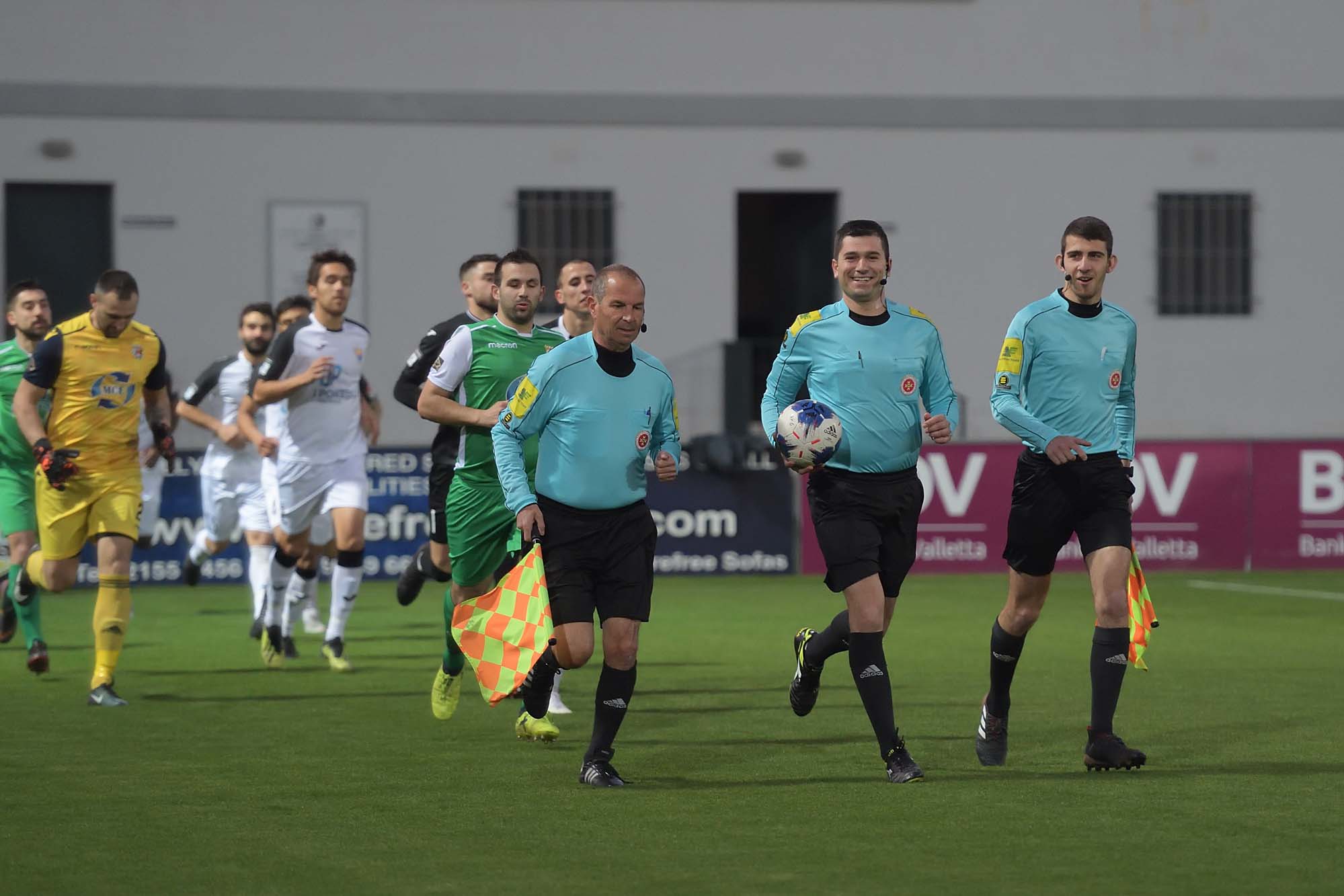 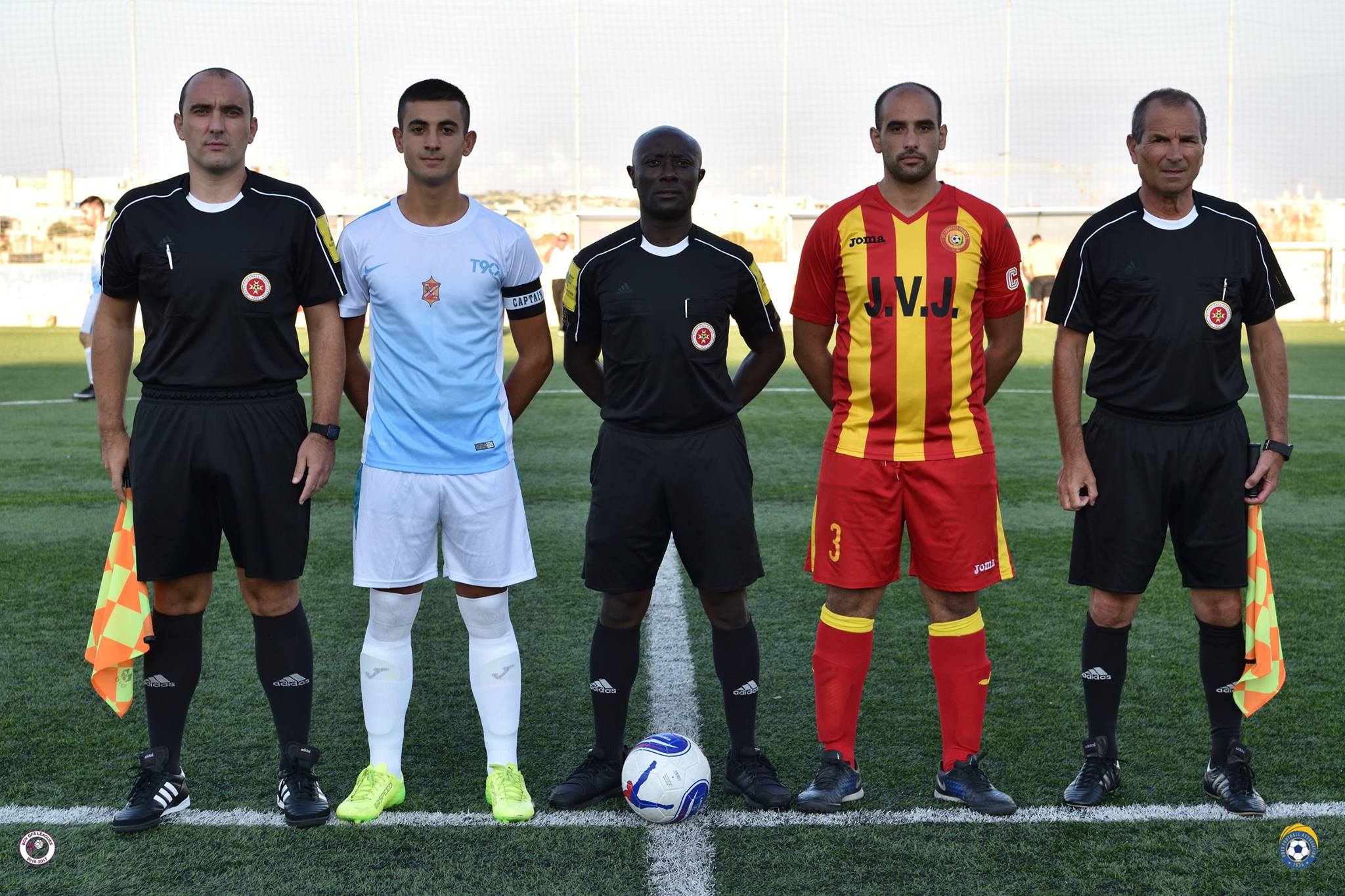 Mohammed Senussi Telessi leads the Spurs to a large victory