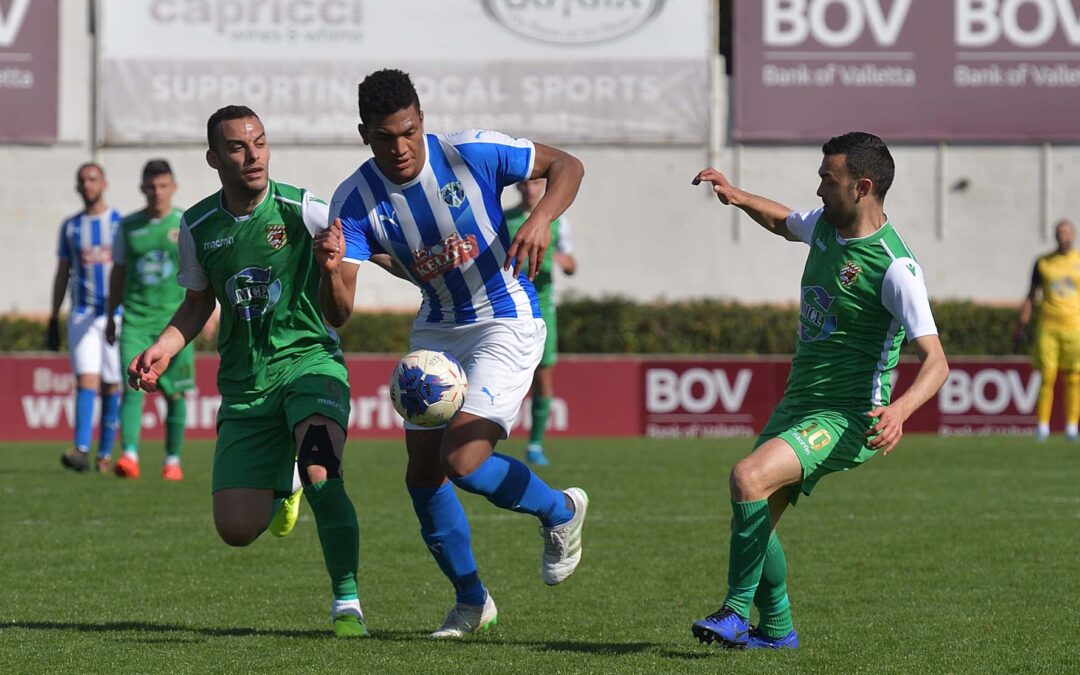 Kercem Ajax confirmed their good perforamnce so far in the championship and consolidated their mid-table position with a 2-1win over bottom placed Gharb Rangers. With this result Kercem extended their gap from the teams involved in the relegation zone and will be playing the third and final round of the championship without any pressure. The match was wquite balanced and was only decided with three goals scored during the second half.

Timeline:
The two sides were adventurous during the opening minutes as they both were aiming for the full points at stake. Gharb seemed also determined to win this match as they could have pulled with them two other teams at the bottom of the table on equal points.
1’ Gharb created the first serious scoring opportunity but an attempt by Pablo Vinicius Ferreira was neutralised by Kercem’s keeper Vladimir Dizdarevic.
5’ Kercem replied through a free kick by Darko Krstic that ended just wide.
6’ Gharb went again close to scoring when Pablo Vinicius Ferreira passed to Olimpio Gabriel Fernandes who saw his shot saved in two attempts by Kercem’s goalie.
9’ Kercem had another opportunity form a free kick but the attempt by Darko Krstic got a deflection by the defence and the Gharb’s goalie saved without difficulty.
10’ Kercem’s Nathaniel Mercieca had a strike from outside the area that ended just high.
20’ Gharb could have capitalised better when the defence cleared badly a weak shot by Joseph Grima and the ball arrived to an unmarked Olimpio Gabriel Fernandes who hit badly from an ideal position and the goalkeeper saved the danger.
23’ Gharb’s goalie Daniel Spiteri saved to a corner with the aid of the crossbar a cross-shot by Andre Azzopardi.
38’ Gharb threatened Kercem’s defence through a header by Camilo Andres Babilonia from a corner action that was neutralised by goalie Vladimir Dizdarevic.
45’ Kercem had the last scoring opportunity of the first half but a first timer by Darko Krstic following a cross by Gabriele Muscat ended high.
HT (0-0)

Play continued to be quite balanced after the break, but with less actions at the two ends of the pitch.
10’ Kercem were dangerous through a first timer by Josiah Buttigieg following a cross by Gabriel Muscat but the ball ended high.
24’ Gharb had their best scoring opportunity of the second half but a lob by Joseph Grima following a personal action was saved with some difficulty by Kercem’s goalie Vladimir Dizdarevic
25’ Kercem won a free kick from just outside the area but the attempt by Darko krstioc eas deflected by the wall and the Ajax maintained pressure on Gharb’s defence with two consecutive corner actions.
26’ (1-0) Kercem opened the score from the second corner kick by Elton Vella that arrived to Jhon Sandobal Guarin and the latter headed in goal from close distance.
30’ Gharbàs reaction arrived through a free kick by Joseph Griman that was saved with difficulty by goalie Vladimir Dizdarevic.
33’ (1-1) Gharb levelled the score through an own goal by Kercem’s defender Gabriel Muscat who headed badly in an attempt to clear a corner kick by Joseph Grima and the ball ended behind his goalkeeper.
39’ Gharb could have turned the result in their favour when substitute Joel Xuereb released Pablo Vinicius Ferreira but the latter ended on the floor inside Kercem’s area after controlling the ball. Gharb protested for a penalty but the referee did not notice any infringement and Kercem cleared the danger an operated a counter break which lead to the goal that decided the issue.
40’ (2-1) The ball arrived to an unmarked Nathaniel Mercieca who delivered a fine cross inside Gharb’s area so that Andrea Debrincat followed the action and concluded in goal with a flying header.
FT (KA 2 – GR 1) 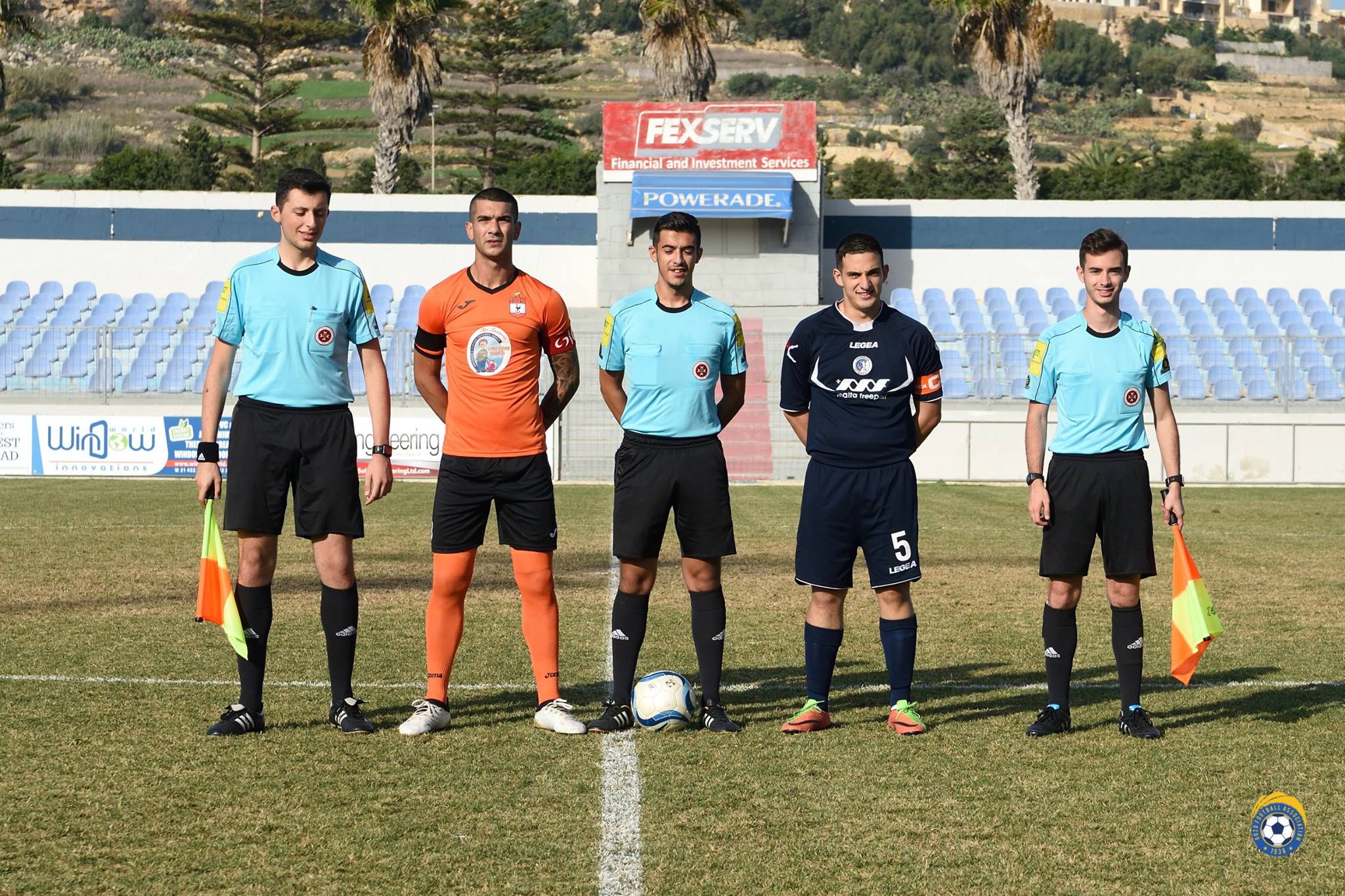 Hotspurs make sure of victory with late goals 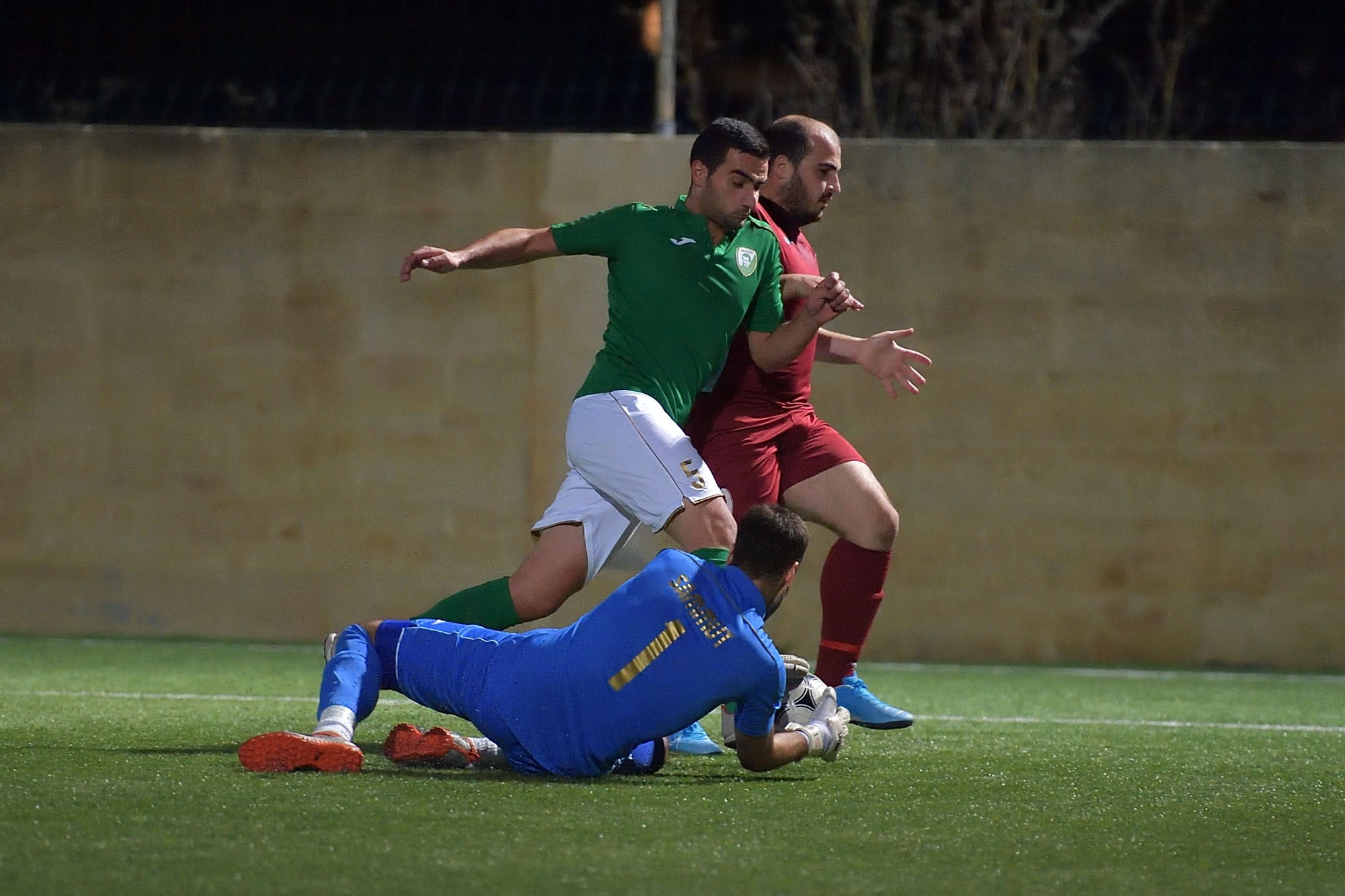