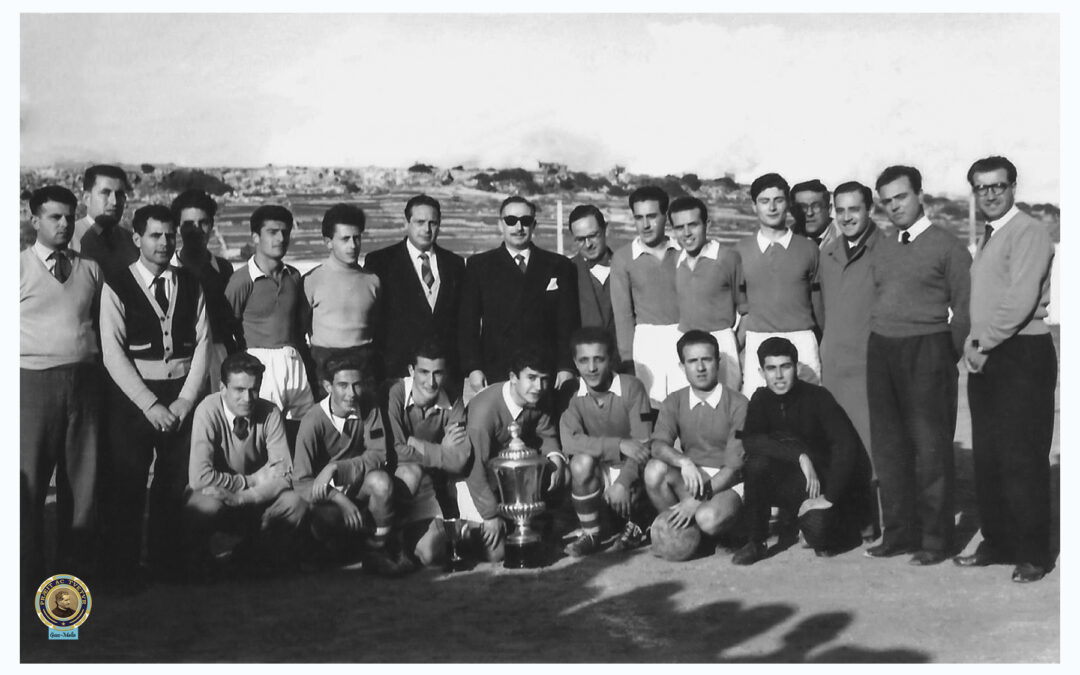 Photo shows Salesian Youths FC with the Dingli Trophy after fighting Kercem for it in 1956/1957. Photo: Vincent Grech

This post is part of the GFA Archives Project were we are sharing information about the GFA’s History. Anyone who has information is encouraged to share it with us.

The GFA Dingli Cup was a competition held by the GFA between 1953 and 1959. The Dingli cup was first played in the 1953/1954 season in the Silver Jubilee Ground. The first edition was played on a one-round basis, with four teams participating. The teams that took part in this Cup were Victoria Athletics FC, Kercem Ajax FC, Xewkija Tigers FC & Nadur Youngsters FC.

The cup was donated by Joseph Dingli from Floriana. The inaugural edition was won by Victoria Athletics FC. The Joseph Dingli cup was formatted as a knock-out, while the first edition was held as a one round-robin league.

An interesting event happened in the 1953/54 match between Xewkija Tigers and Nadur Youngsters, were in the second half Nadur Youngsters were awarded a penalty. The guest player Drago (from Hamrun) took the shot, but Xuereb, Xewkija’s keeper, protected the net. The referee ordered that the penalty be retaken and yet Xuereb stopped the ball from crossing the line. This was not satisfactory for the referee and once again ordered the repetition of the penalty. But once again, Xuereb blocked Drago’s 3rd consecutive shot. The match resulted in draw (2-2) between Nadur and Xewkija.

This post is part of the GFA Archives Project were we are sharing information about the GFA’s History. Anyone who has information is encouraged to share it with us.