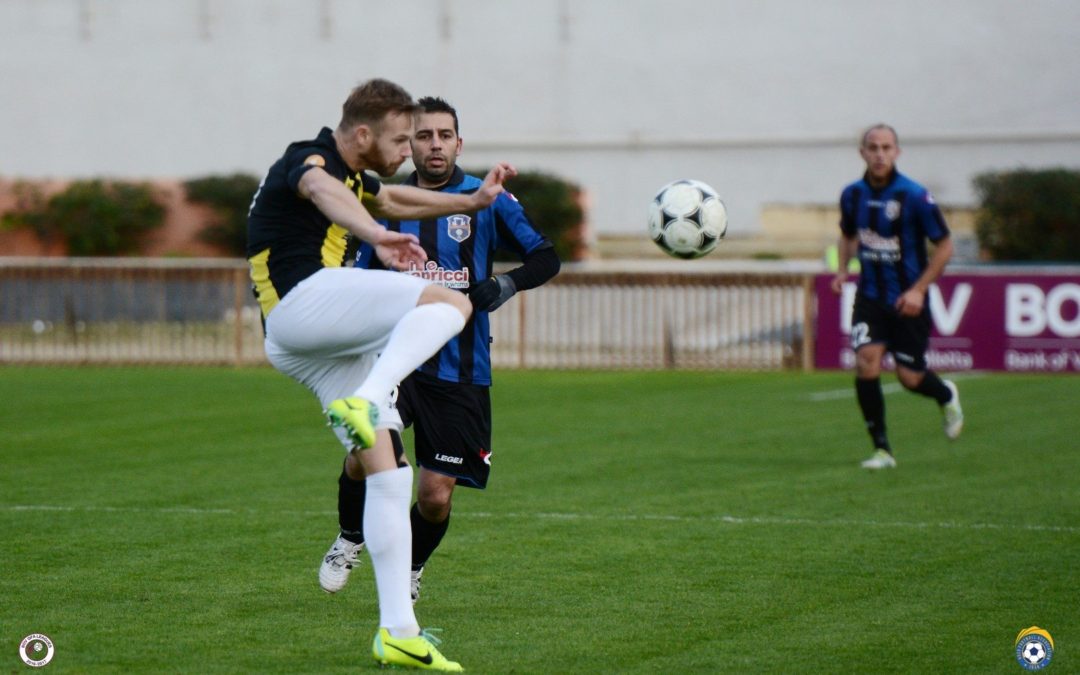 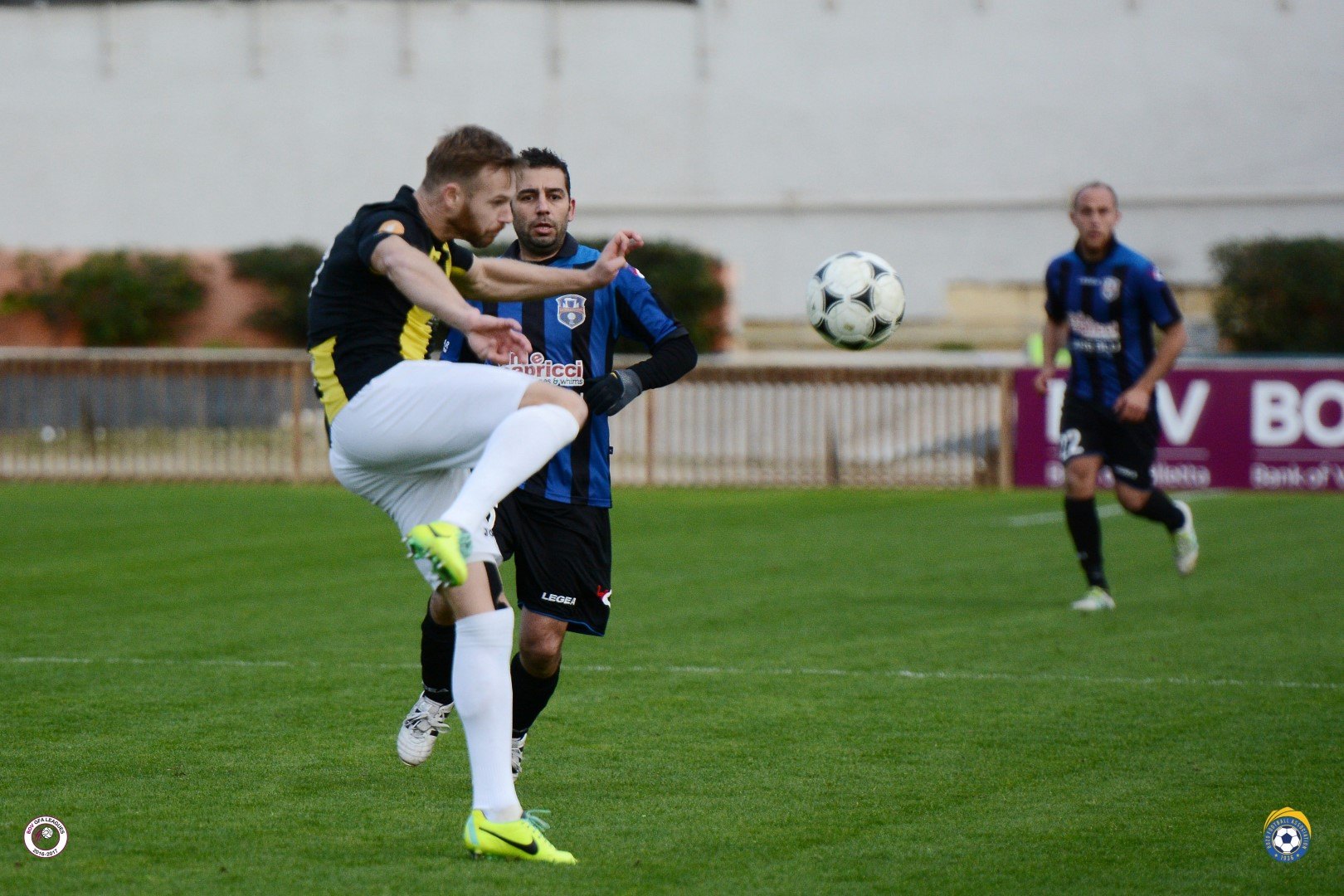 Xewkija Tigers obtained three hard-earned points from their match against bottom placed Xaghra United and therefore managed to defender their joint-leadership with Nadur Youngsters.  The match ended up in an interesting encounter as the two sides needed a victory for different reasons.  Xewkija were aiming to extend their good moment of form and needed the position to retain their current position on the table while Xaghra were coming from two draws in their previous two matches of the championship and were aiming to obtain their first win in the championship.  As a result play was rather balanced during the first period as Xaghra threatened Xewkija’s defence on more than one occasion.  Xewkija took full control of play during the second period and their determination was rewarded with two goals scored during the final stages of the encounter.  In this match Xewkija, who are still without the service of Daniel Bogdanovic due to a serious injury and who is not expected to be available for the rest of the season, had Spanish midfielder Aleandro Jose Samantiego Raya who was making his debut.

Xaghra almost surprised their opponents in the third minute of play but an effort by Franci Kosovo following a personal action ended wide.  On 7 minutes a shot by Thiago Melo dos Santos from close distance was blocked by the defence and from the short clearance, Aleandro Jose Samanatiego Raya fired towards goal but Xaghra’s rearguard blocked the danger when the goalkeeper seemed beaten.   On 10 minutes a header by Thiago Melo Dos Santos following a corner action was well saved by goalie Daniel galea and five minutes later the same Brazilian striker concluded wide from a ideal position.  Xaghra replied on 23 minutes through a shot by Joseph Buhagiar that missed the target and one minute later Xewkija’s keeper Steve Sultana was called to make a good intervention to neutralise an attempt by Nikola Vitorovic.  On 28 minutes a shot by Aleandro Jose Samantiego Raya following a pass by Gennaro Hili missed the target and two minutes later Xaghra’s goalie Daniel galea was well placed to save a low shot by Dene Shields.  Xewkija kept insisting and on 35 minutes a strike from outside the area by Joseph Mario Vella ended just high and until the end of the first half Xaghra continued to control Xewkija’s initiative so that the score remained unchanged.

Xewkija increased their momentum from the first minutes of play of the second period but they continued to find it difficult to conclude their actions towards Xaghra’s goal.  Xewkija’s best scoring opportunity during the opening stages of the second half arrived on 53 minutes bu a shot by Martin Hrubsa ended away from Xaghra’s goal.  On 61 minutes Xaghra operated a good break inside Xewkija’s territory and from the resultant free kick taken by Gerald Tushe, Xewkija’s Dene Shields risked an own goal in an attempt to clear the danger from the goalmouth.  One minute later a free kick by Xewkija’s Aleandro Jose Samantiego Raya ended just high and on 65 minutes Xaghra lost a good scoring opportunity but substitute Aleandro Bezzina hesitated to conclude from close distance after receiving from Franci Kosova and the defence blocked the danger.  One minute later Xaghra’s goalie Daniel Galea was called to make the best save of the afternoon to turn to a corner a good shot by Dene Shields.  On 74 minutes Xewkija’s Thiago Melo Dos Santos lost a good scoring opportunity when he came face to face with the goalkeeper but his lob ended over the crossbar.  Less than a minute later Dene Shields failed to connect to an inviting low cross by Rodney Buttigeig but on 81 minutes Xewkija managed to open the score through a header by Rodney Buttigieg following a cross by Dene Shields.  Xaghra tried to produce a reaction but Xewkija were determined to defend the result and also operated dangerous break.  Xewkija made sure of the victory with the second goal that arrived on 88 minutes when Dene Shields entered the area, had his first shot blocked by the defence but netted with a low strike after winning the ball from the rebound. 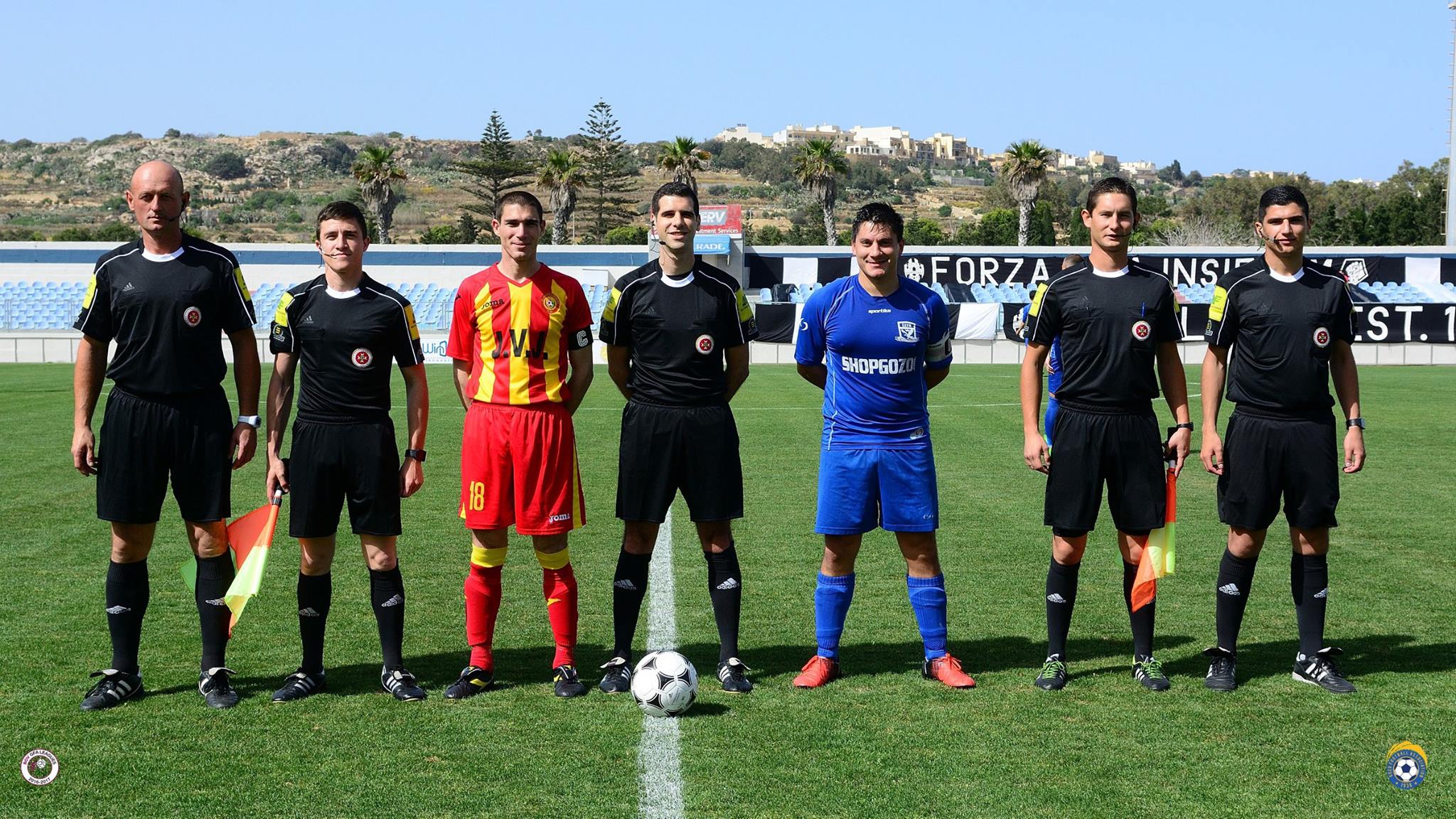 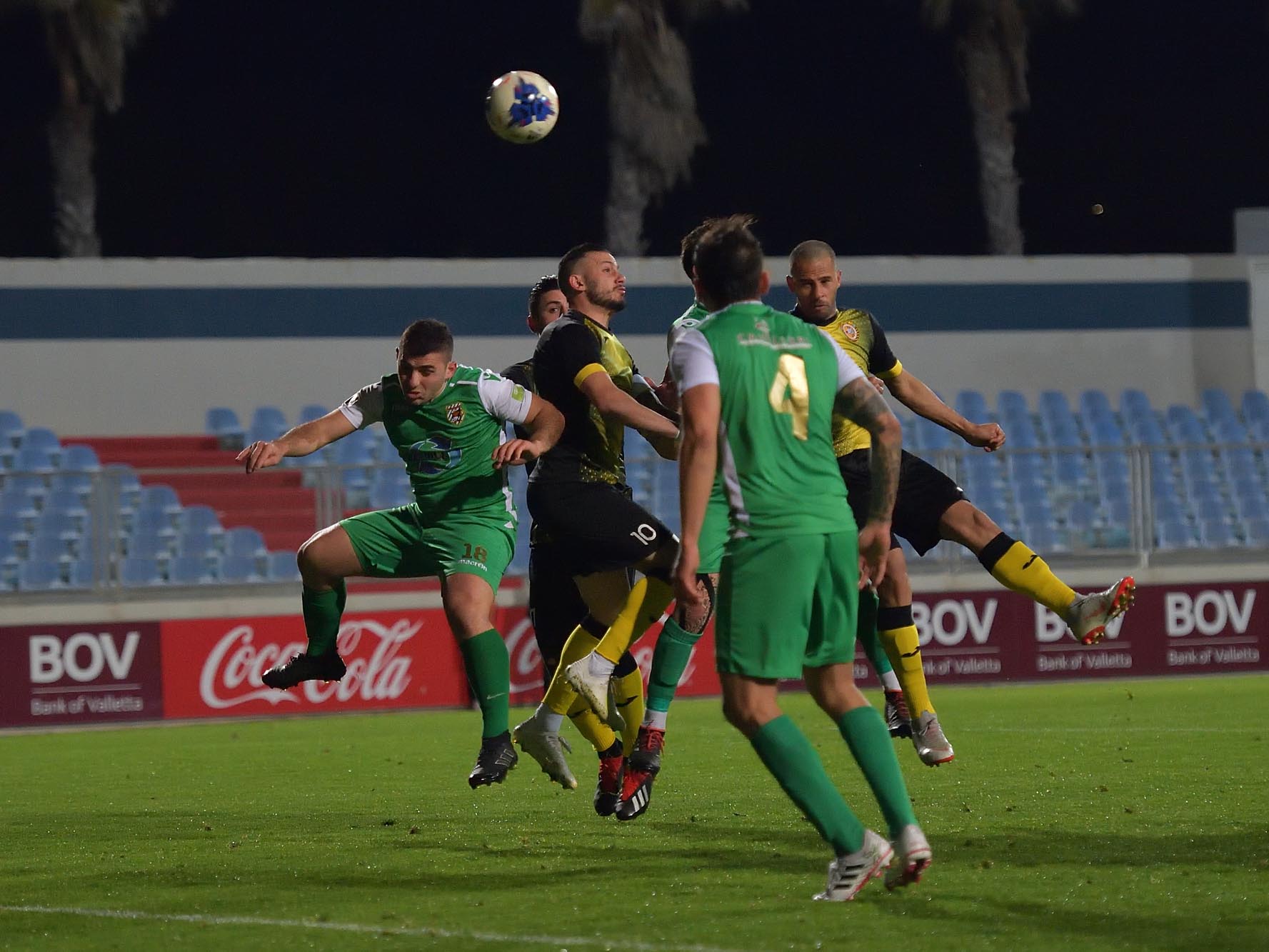 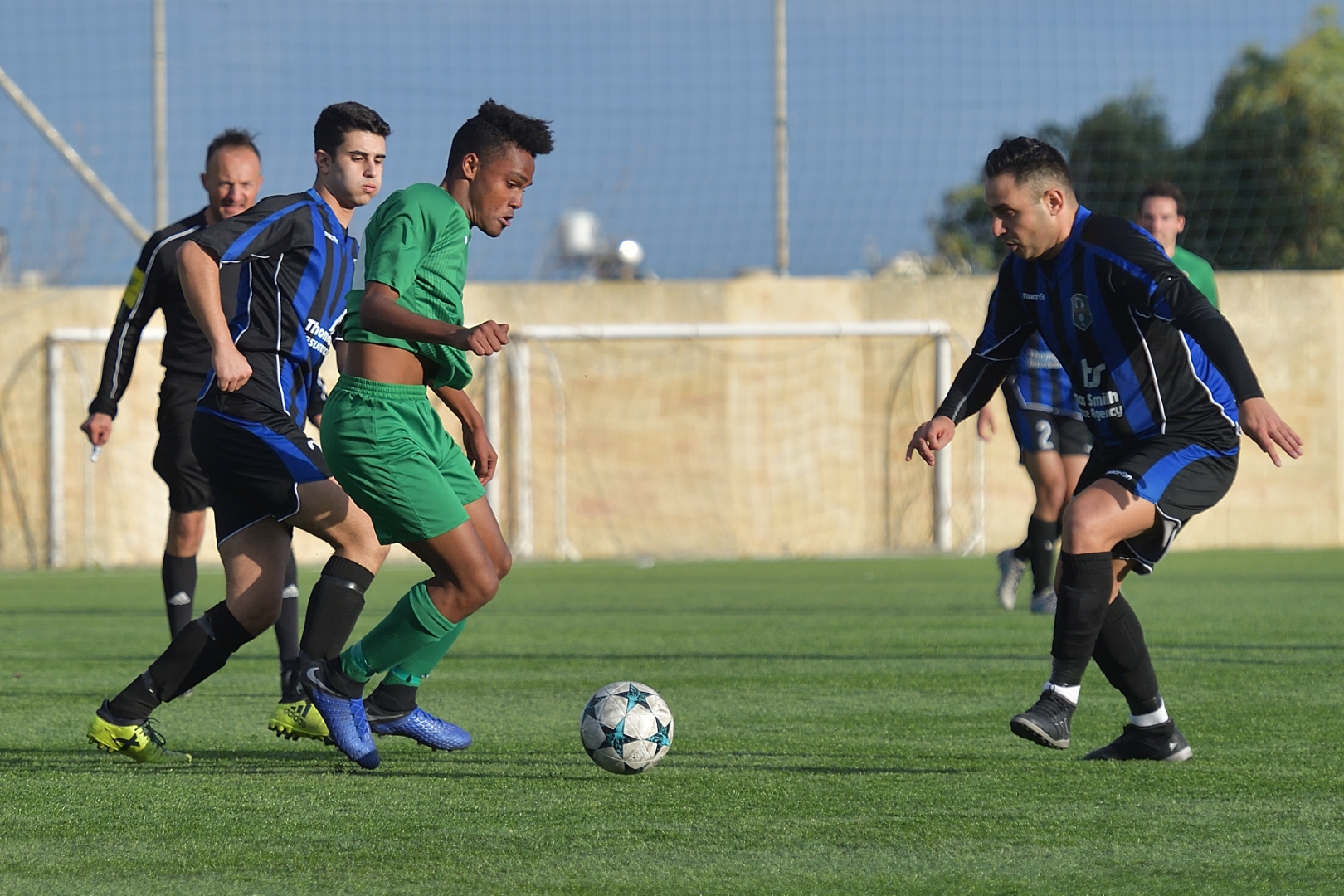