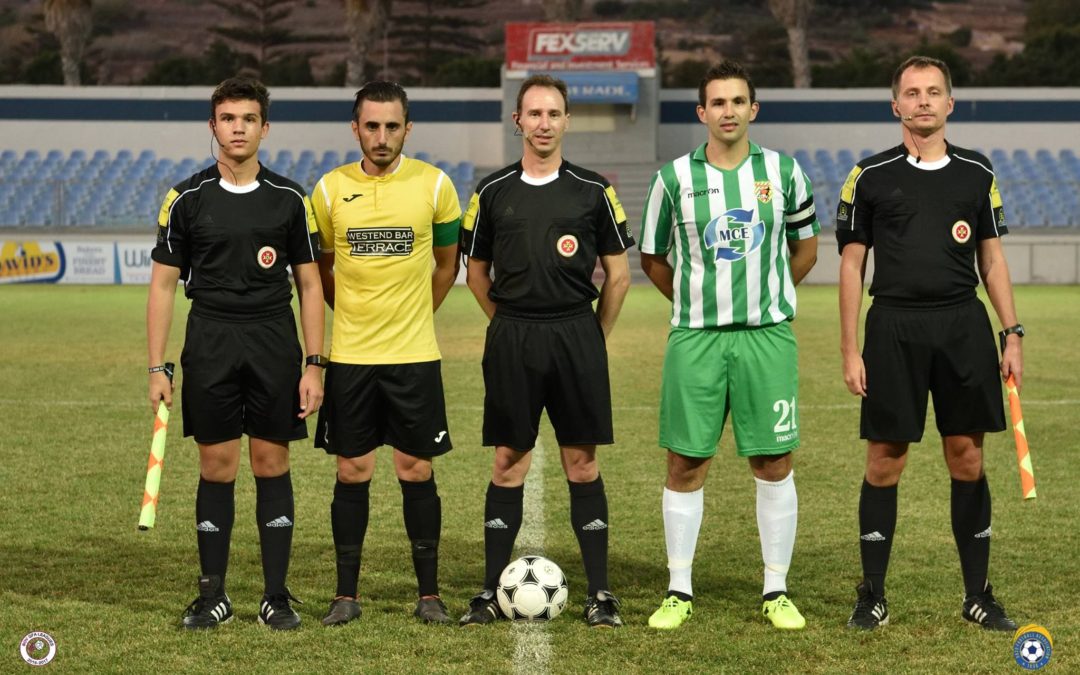 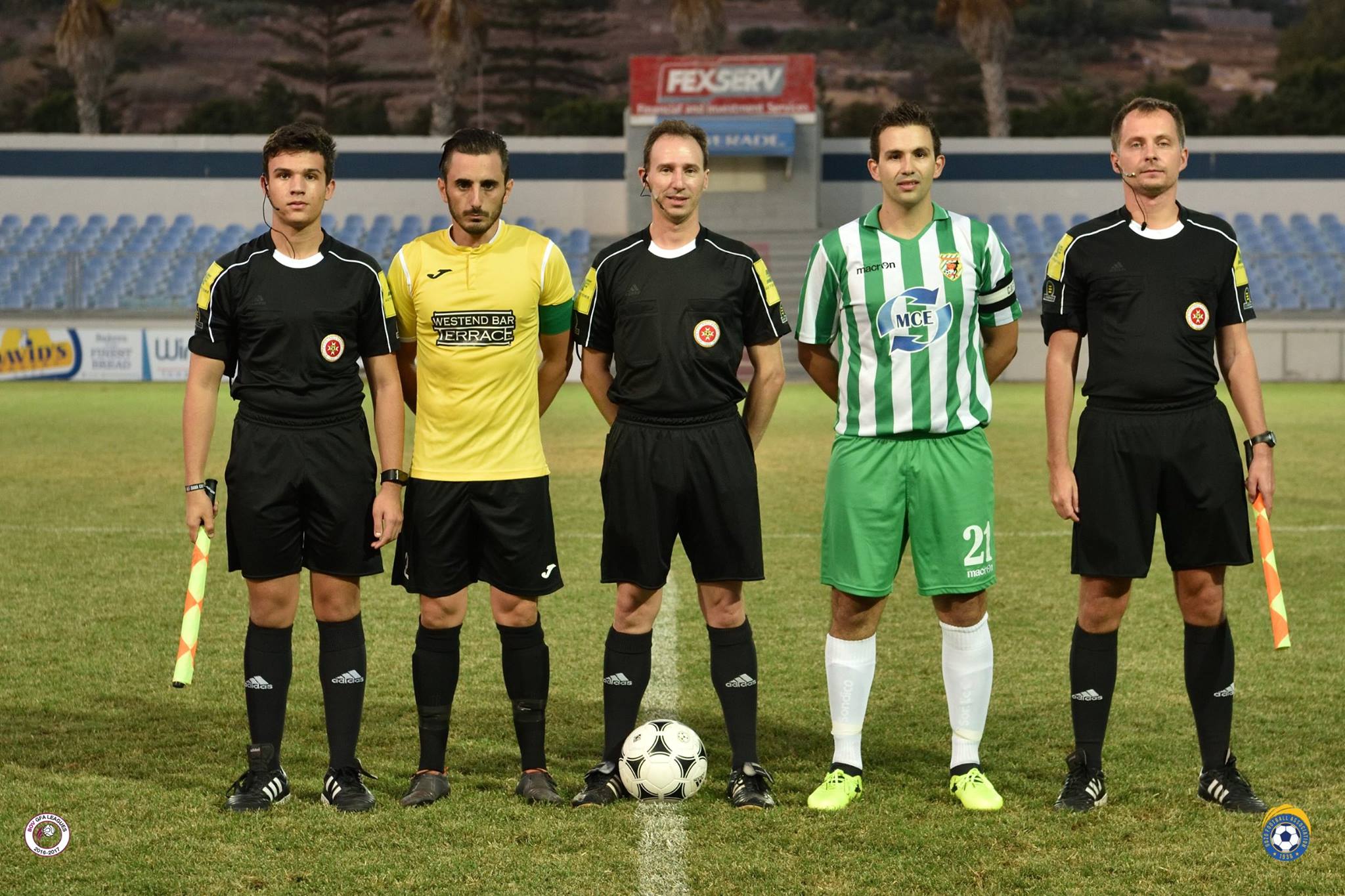 Xewkija Tigers replied to the victory registered by Victoria Hotspurs during the week by obtaining the three points at stake from their match against Kercem Ajax.  With this result Xewkija and the Hotspurs are the only two teams with maximum points in the category.  The two sides will face each other in their respective match, which is undoubtedly the main match of Match Day 3 of the championship.

The reigning champions seemed heading to an easy win in this match against Kercem as they opened a three goal lead by the hour mark.  Xewkija expressed their full potential of the team during the first hour of play as they neutralized Kercem’s efforts to create danger within their territory and were effective in attack by scoring on three occasions.  However, Kercem managed to re-open the issue by scoring two goals in the space of one minute so that the last part of the encounter were undoubtedly the most exciting minutes of football witnessed at the Gozo Stadium during the first part of the new season.  Xewkija’s satisfaction at the end of the match was mainly for the three points that they obtained because their overall performance was compromised by their overconfidence which ended up conceding the possibility to Kercem to regain confidence and to challenge for at least a point form this match.  Kercem would have easily earned their first positive result in the championship from this match because they create as much scoring opportunities as their opponents.  However, they were very erratic in their finishing, particularly during the final stages of the encounter where they had more than one occasion to complete their recovery of the three-goal deficit.

The match turned out into a well contested encounter during the first phase as Xewkija did not manage to impose their superiority against a less quoted opponent.  On the other hand Kercem were well organized at their defense and also motivated to make up for their disappointing performance in their previous match.  Kercem created the first serious scoring opportunity of the encounter on 9 minutes but effort by Ognjen Rolovic from an ideal position ended wide.  On 15 minutes Kercem’s Andrew Mizzi had an overhead kick following a corner action that ended on the roof of the net and three minutes later Xewkija went very close to open the score but a header by Claudio Antunes following a cross from the right flank ended just high. Kercem’s Andrew Mizzi had another good opportunity to put his side in the lead on 24 minutes but his shot from an ideal position missed the target.  Two minutes later Kercem’s goalie John Paul Cassar had good timing to leave his position as he managed to block into a corner a close ranged attempt by Rodney Buttigieg who was alone in the area.  Xewkija took the lead on 31 minutes through Rodney Buttigieg who entered the area, turned around the goalkeeper and placed easily into an open goal with a low drive.  Xewkija maintained the territorial supremacy on the field of play and doubled the score on 42 minutes through a header from close distance by Rodney Buttigieg following a cross from the right flank by Thiago Melo Dos Santos.

Kercem had an excellent start to the second period and went very close to re-open the issue.  On 48 minutes Alen Haska entered Xewkija’s area but his attempt towards goal was well blocked by goalie Franklin Vella.  The same goalkeeper was again called to make another important intervention on 50 minutes to neutralize a strike from outside the area by Andrew Mizzi.  Kercem were punished for the missed chances as Xewkija increased their lead on 58 minutes when goalie John Paul Cassar punched within the area a free kick by Joseph Vella and the ball arrived to an unmarked Claudio Antunes who lobbed into an open goal.  Kercem were not demoralized and five minutes later they reduced the deficit through a direct free kick by Ognjen Rolovic that was out of the reach of the goalkeeper.  One minute later Kercem operated a counter break from a through pass by Jean Paul Mizzi.  Ognjen Rolovic escaped the offside trap, entered the area and placed in goal with a low drive so that Kercem were back in contention for a positive result.  The match became much more exciting.  On 67 minutes Xewkija had a good attempt through a strike by Rodney Buttigieg that was well blocked by goalie John Paul Cassar and two minutes later a shot form long distance by Kercem’s Jean Paul Mizzi ended inches away from Xewkija’s goal.  Kercem threatened Xewkija’s rearguard again on 77 minutes through a shot by Nathaniel Mercieca following a short clearance by the defense that ended wide.  Kercem also protested for a penalty on 80 minutes when Alen Haska’s cross could have been handled by defender Joseph Azzopardi.  On 84 minutes Kercem lost another golden scoring opportunity when Ognjen Rolovic incredibly concluded away from goal with a shot on the run following a cross from the left flank by Alen Haska.  During the remaining minutes of the encounter play continued to be well contested by the two sides but Xewkija managed to hold to Kercem’s reaction and defended their lead until the final whistle.

← Oratory, Ghajnsielem Share the SpoilsGharb Win Their First Point in the Championship → 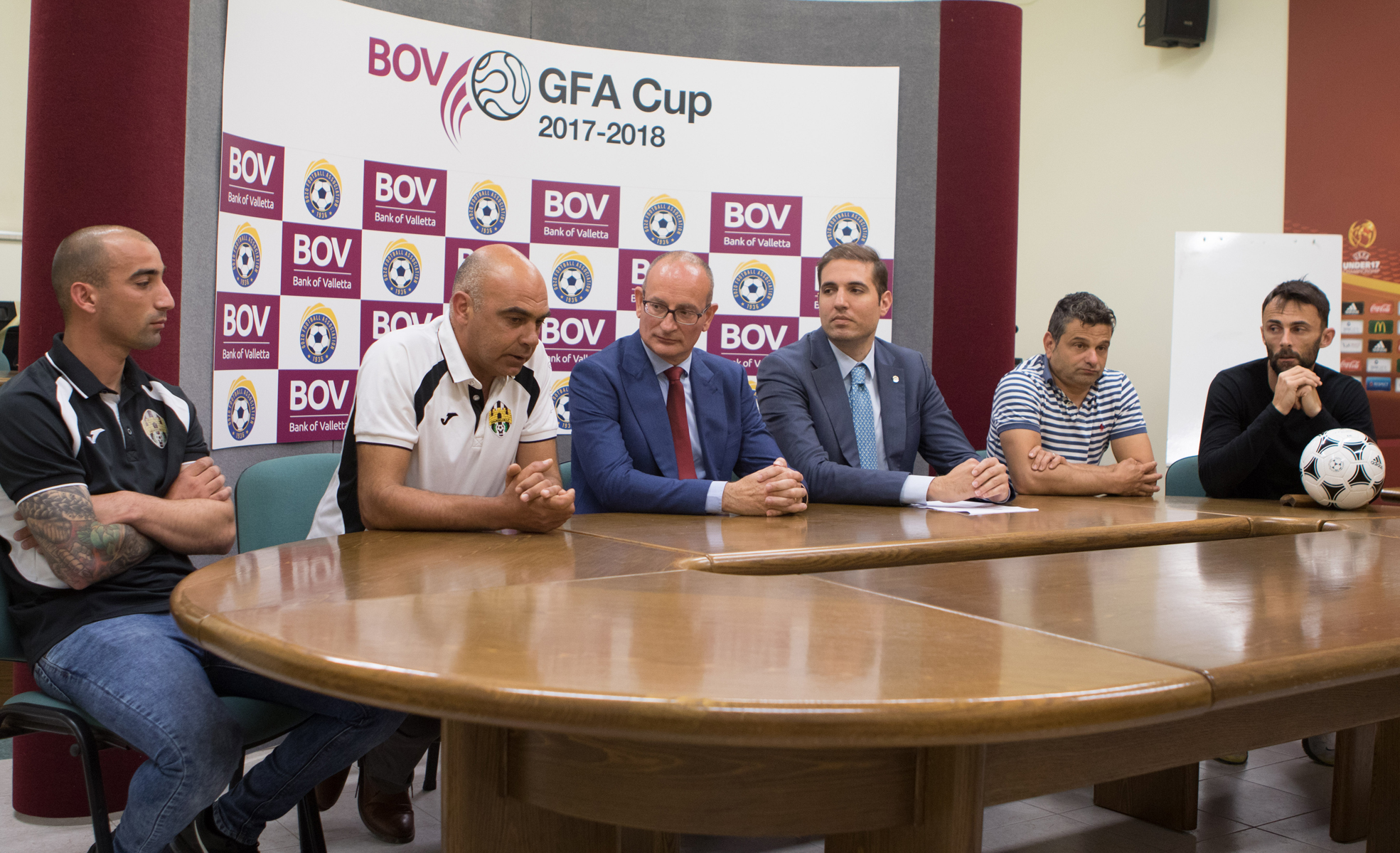 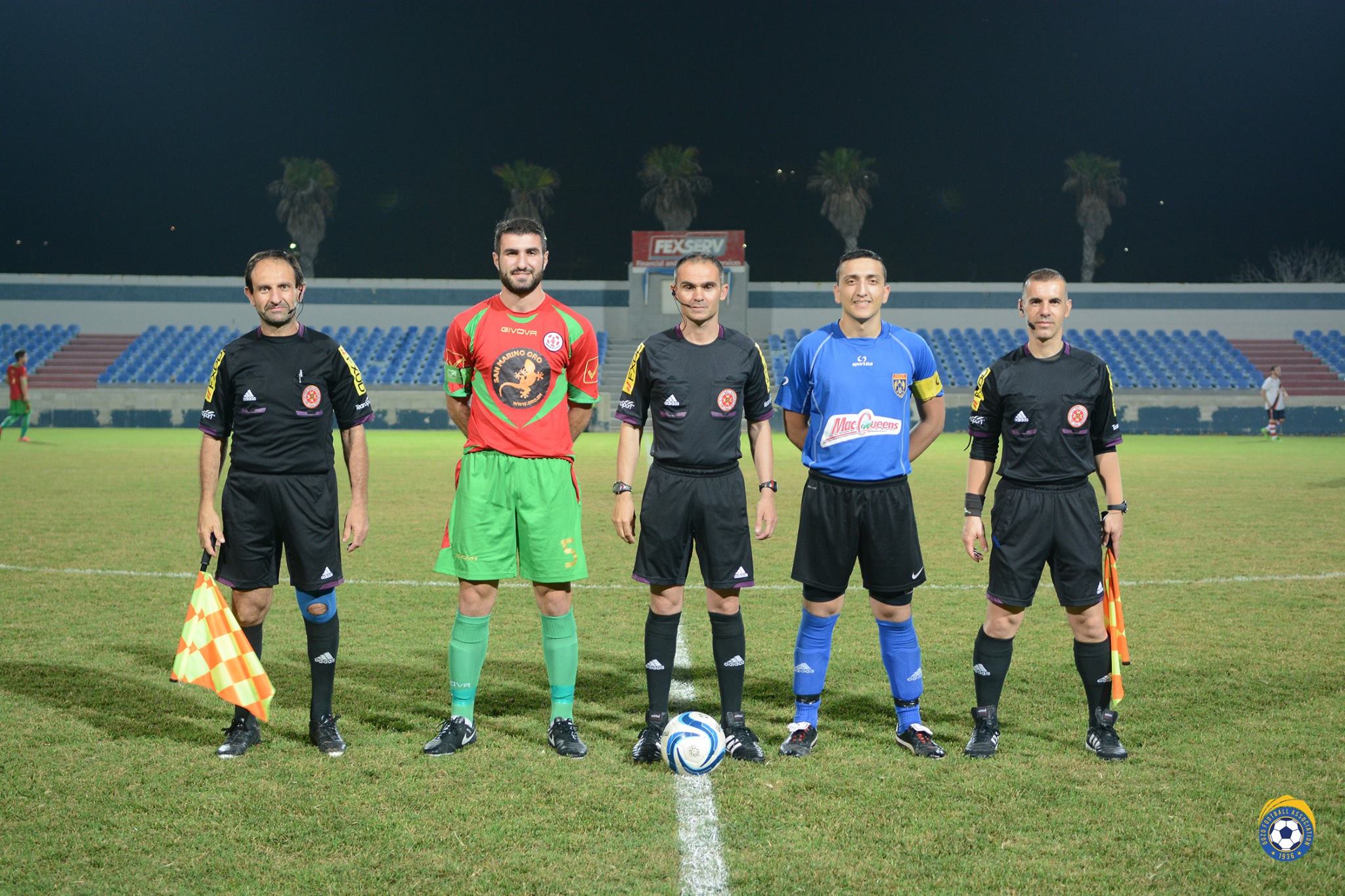 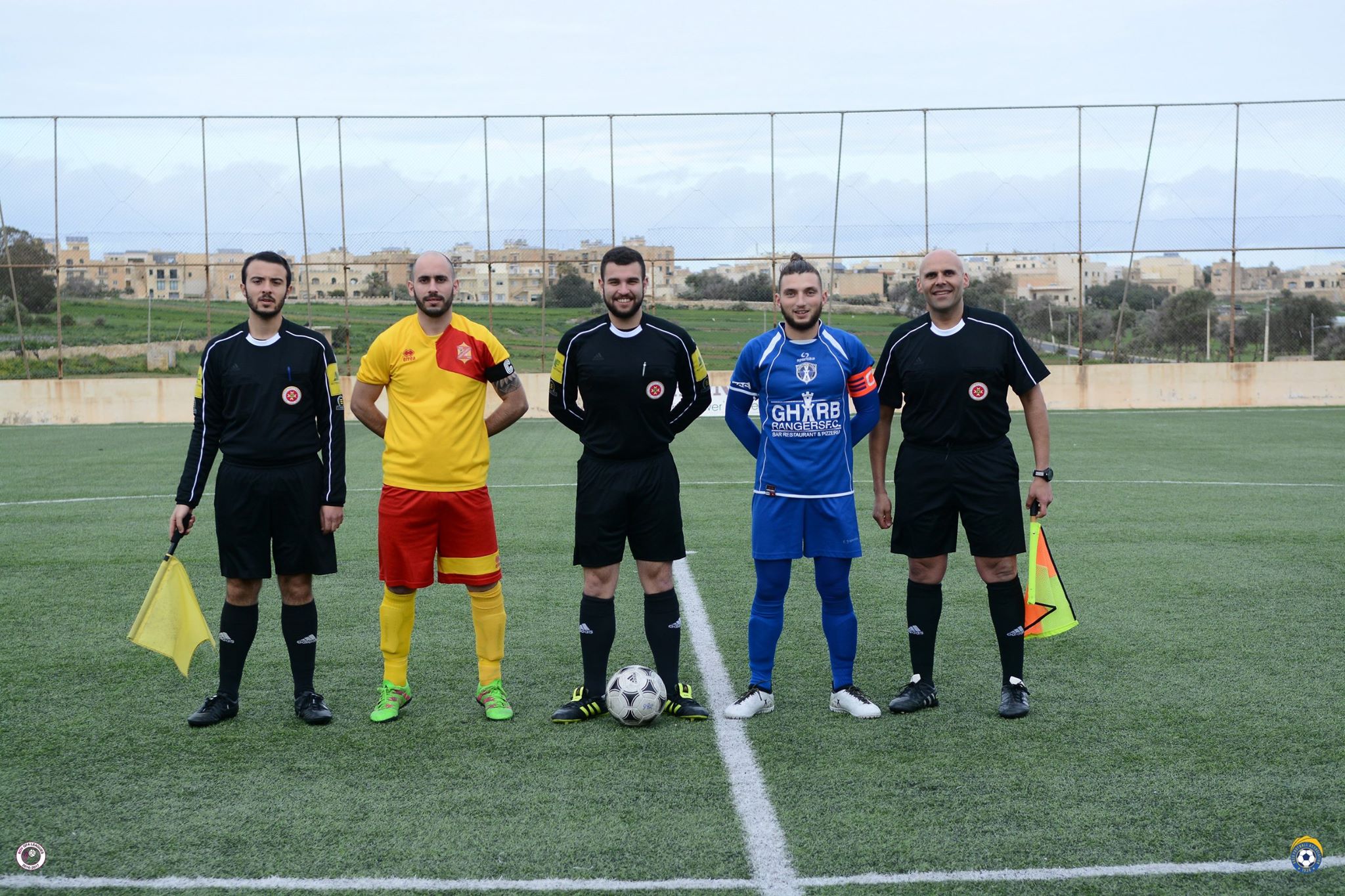