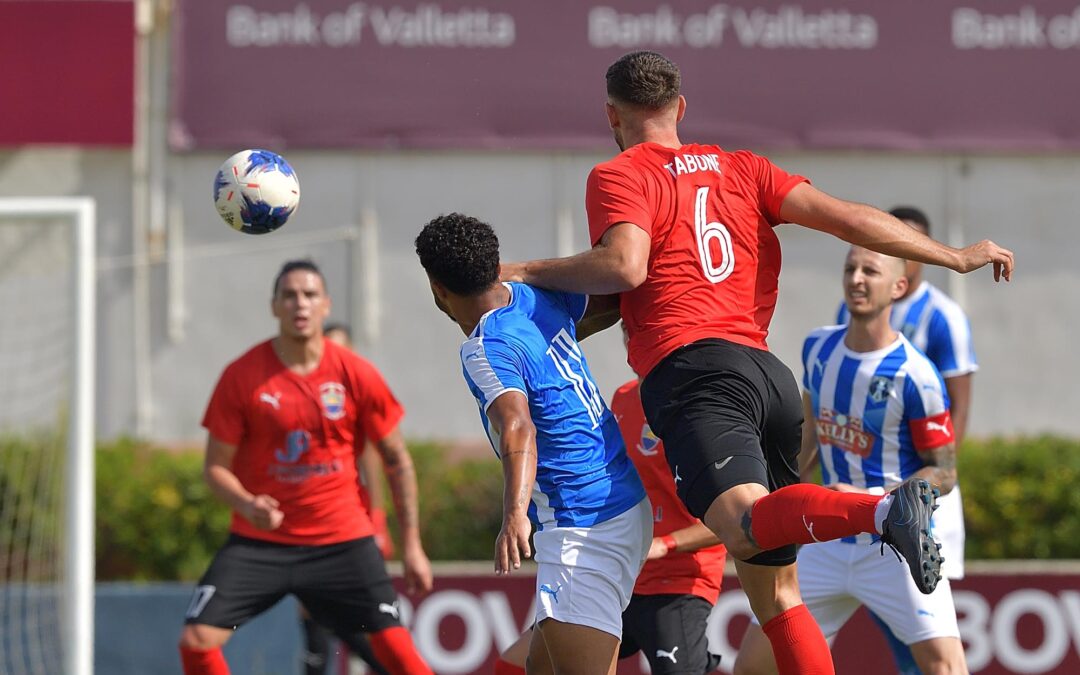 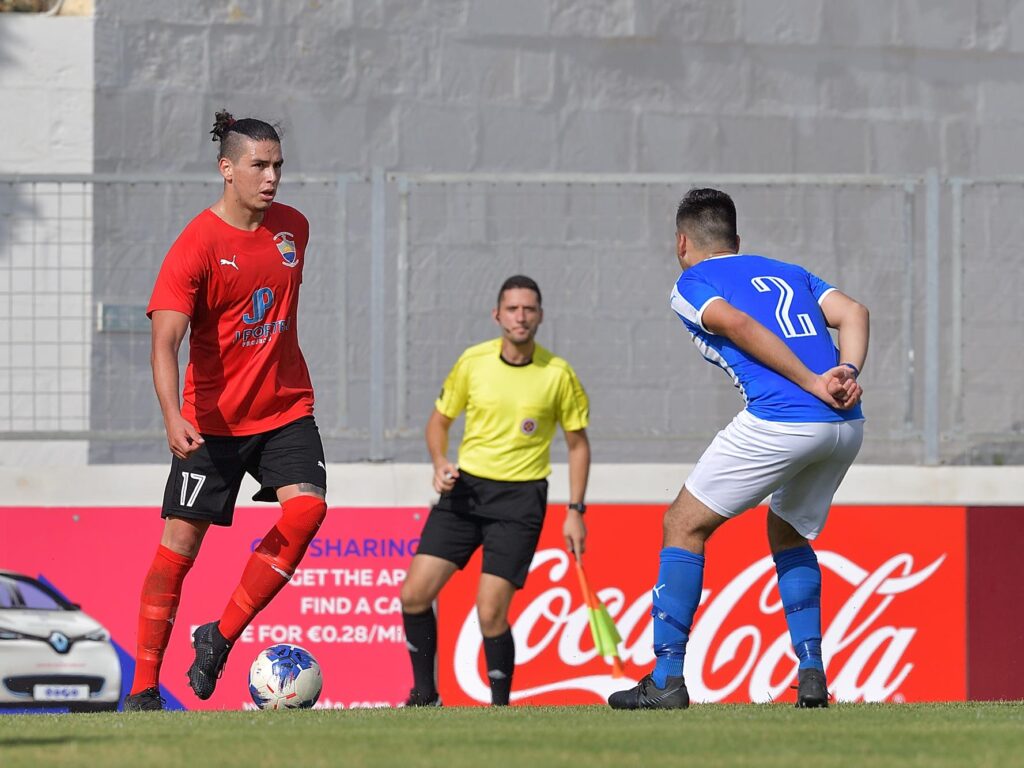 Nadur Youngsters scored two goals in each half in their match against Gharb Rangers so that they retained their perfect start in the championship.  With this result Nadur also took sole leadership on the table and they also remain the only side in the top flight that has not conceded a goal from the first three matches.  Nadur dominated over their opponents, who remain without a point from the first three matches of the championship, and paved the way to the win with two goals scored during the opening stages of the encounter.  Gharb never managed to create serious danger to Nadur’s goal so that the latter expressed their superiority by scoring two more goals during the second period. 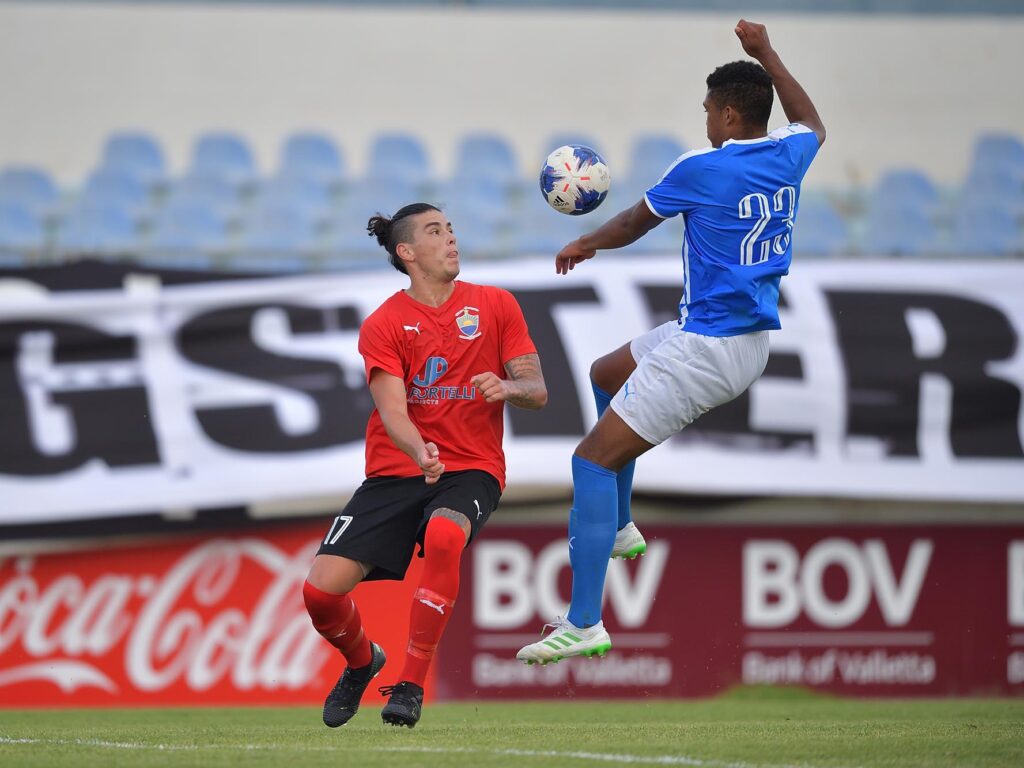 Nadur took command of play as expected from the very beginning and also managed to open the score during the opening minutes of the encounter.

3’ (0-1) a free-kick from the right flank by Chris Camilleri arrived to Predrag Djordjevic who headed in goal from close distance.

9’ Nadur were again dangerous through a strike from outside the area by Predrag Djordjevic that was well saved by Gharb’s goalie Daniel Spiteri.

16’ (0-2) Nadur doubled the score when a shot from outside the area by skipper Shaun Attard hit the crossbar but the ball bounced on the goalkeeper’s back and ended in goal.

20’ Marcelo Barbosa could have added another goal for Nadur but his attempt directly from a free-kick hit the crossbar and in the following action a low drive by Predrag Djordjevic ended wide.

31’The same Gharb’s keeper was called to make another good intervention following a shot by Chris Camilleri.

45’ Nadur’s Shaun Attard had an effort directly from a free-kick that ended just over the crossbar.

Nadur continued to express offensive play after the break and at the same time denied Gharb from producing any danger within their defensive territory.

62’ A shot on the run by Nadur’s Chris Camilleri after receiving from Marcelo Barbosa shaved the crossbar and ended high.

81’ (0-4) Chris Camilleri sealed the win for Nadur by scoring the fourth goal with a fine strike towards the far post following a personal initiative.

N.B. We updated this report because it had an omitted score. 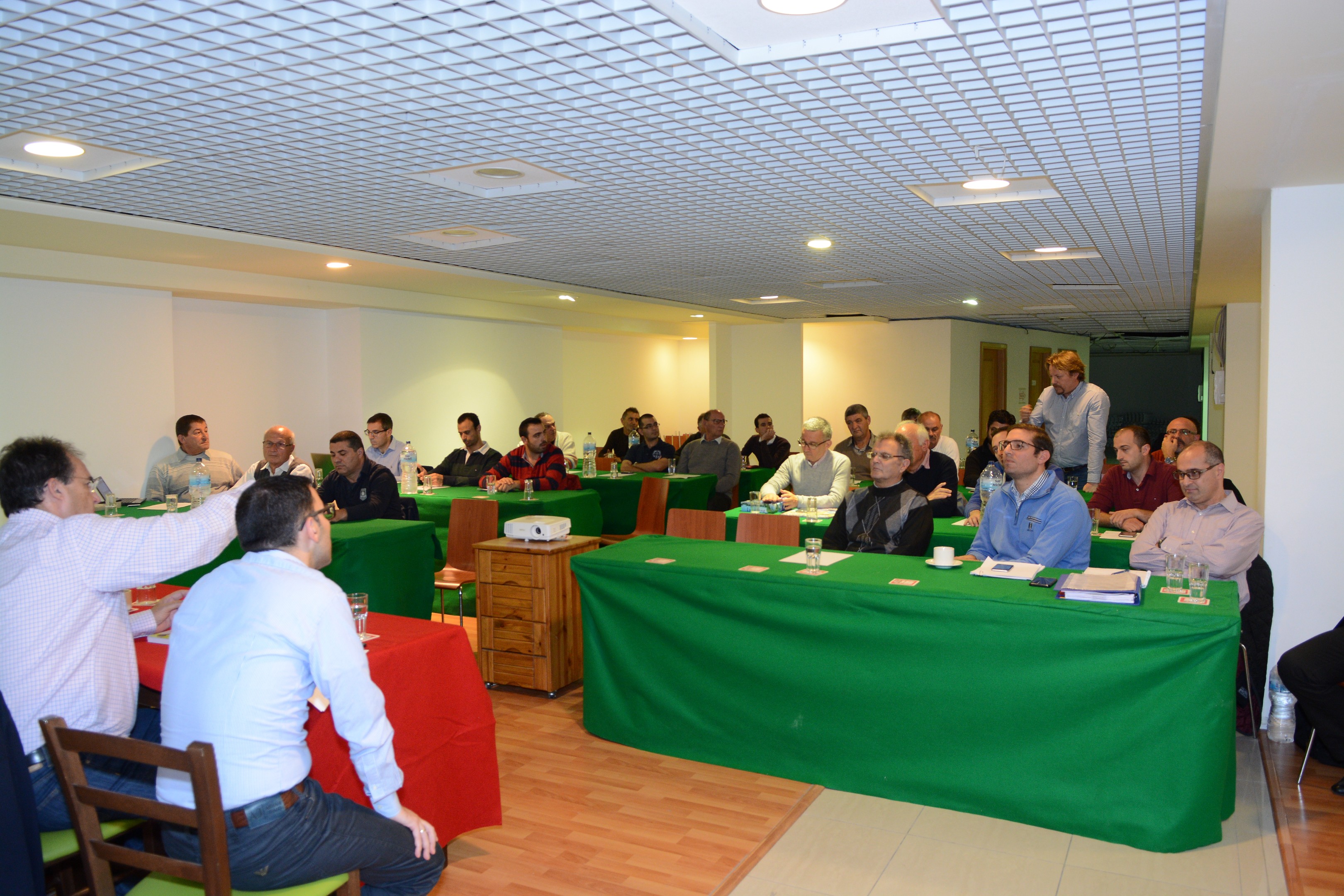 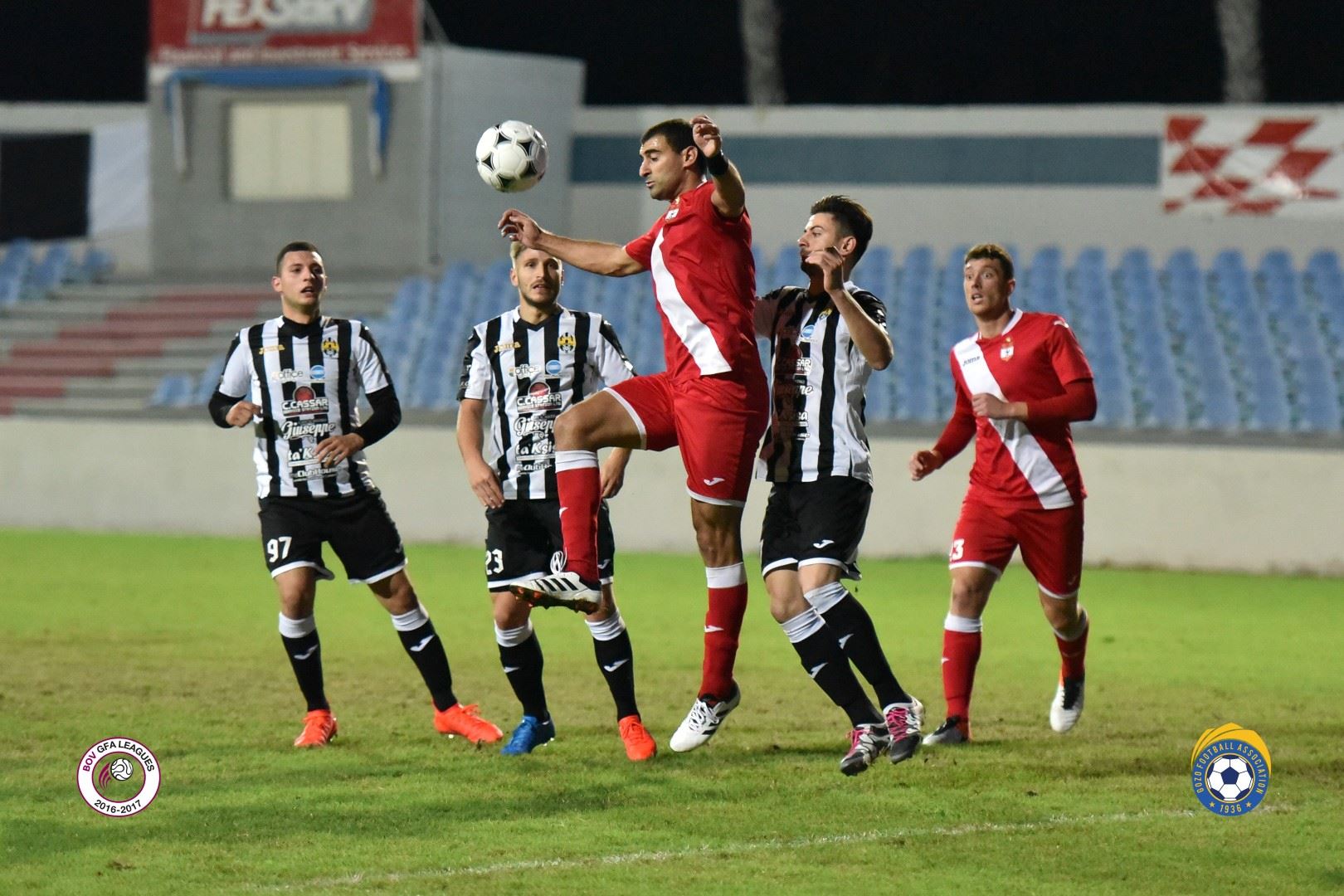 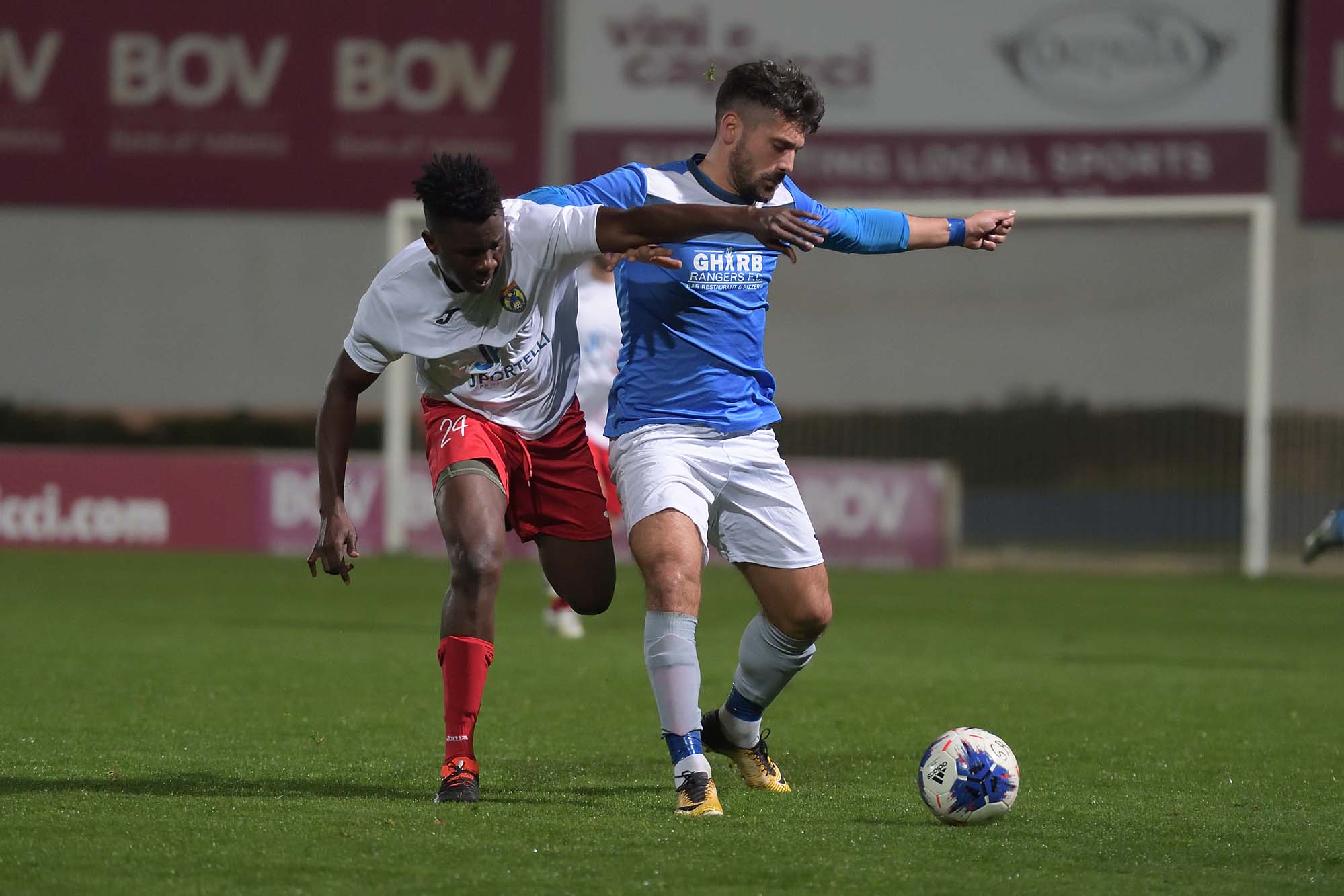 Munxar reach Gharb on the table