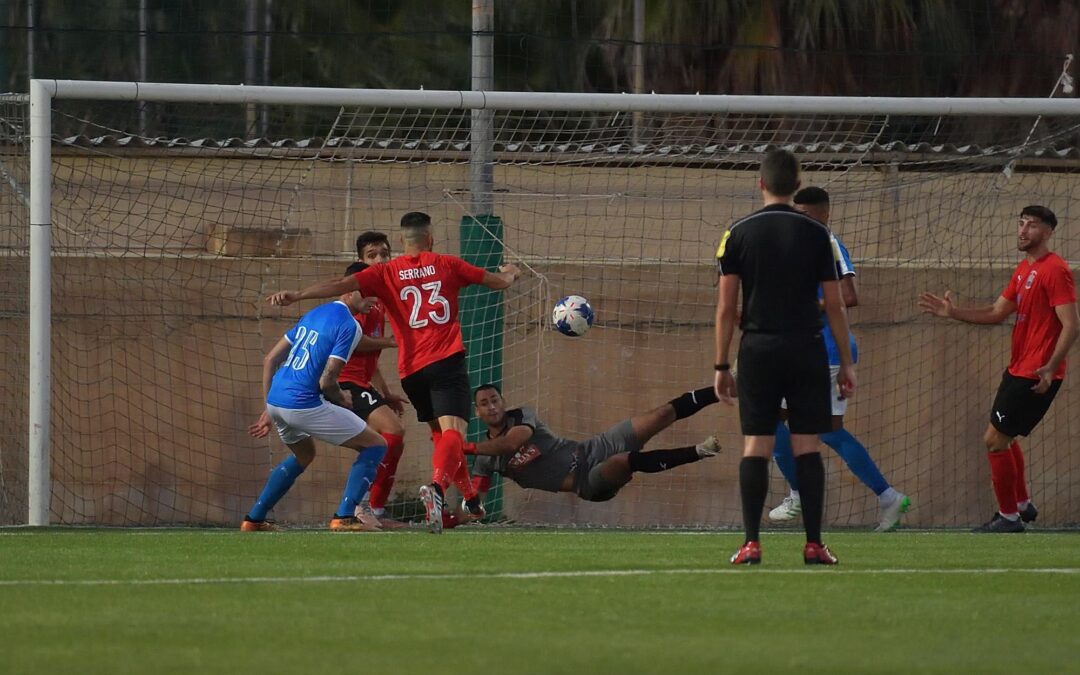 Current leaders of the BOV Gozo Football League of the first division Nadur Youngsters found it more difficult than expected to obtain the qualification from the match against Gharb Rangers, who are currently at the bottom place of the championship table without a point.  Nadur achieved a place with the last eight teams in the second most important competition in Gozitan football with a 4-1 win that matured with the decisive goals scored during extra time. The regular time of this match from the Preliminary Round of the BOV GFA Cup ended in a draw of two goals as Gharb took the lead after the hour mark but Nadur recovered from the shock, levelled the score and forced the match into extra time.  Nadur managed to convert their superiority over their opponents during extra time by scoring on three occasions so that they earned qualification to the quarter-finals where the will meet the holders Victoria Hotspurs.

Nadur tried to put pressure over their opponents from the early stages of the encounter but Gharb were well deployed at their defence and their goalkeeper was rarely required to make difficult interventions during the first period.

20’ Nadur’s skipper Shaun Attard entered Gharb’s area from the left flank but his shot was partially saved by goalie Daniel Spiteri and form the resultant melee the same goalkeeper managed to deflect the ball to a corner as Johan Alberto Castano’s shot was weak.

22’ Hugo Santa Rosa Cruz passed through Gharb’s defence from the left flank but Shaun Attard failed to connect to the inviting low cross.

36’ Gharb replied through a strike from outside the area by Olimpio Gabriel Fernandes that was neutralised by Nadur’s keeper Steve Sultana.

Nadur tried to increase their momentum after the break but they continued to find it difficult to create danger.

48’ A shot by Nadur’s Shaun Attard following a prolonged action at the edge of Gharb’s area got a deflection by a defender and the ball ended away from goal.

50’ Nadur’s Shaun Attard and Johan Alberto Castano both failed to hit the ball towards goal following a good cross by Ian Xuereb.

52’ Gharb continued to suffer the pressure during the opening stages of the first half and a strike by Hugo Santa Rosa Cruz missed the target.

67’ (0-1) Gharb opened the score against the run of play when Olimpio Gabriel Fernandes won a ball from Nadur’s territory, escaped from Nadur’s defenders and surprised goalie Steve Sultana with a fine strike as the ball hit the post before ending in goal.

71’ (1-1) Nadur had an immediate reaction and levelled the score when a cross by Ian Xuereb arrived to Johan Alberto Castano who arrived on the ball before Gharb’s keeper and the Columbian striker headed in goal.

76’ Gharb were again dangerous through a shot by Pablo Vinicius Ferreira that ended just high.

77’ Nadur could have turned the result in their favour but a header by Johan Alberto Castano from a good position following a cross by Shaun Attard ended wide.

90’ Gharb’s goalie Daniel Spiteri kept his side in contention when he denied substitute Lucas Barreto Da Silva from scoring with a fine intervention following a cross form long-distance by Elkin Serrano Valero.

95’ Nadur took advantage of the extra player on the field from the early stages of extra time and were dangerous through a shot by Shaun Attard that was well saved by Daniel Spiteri.

104’ (2-1) Nadur took the lead when Johan Alberto Castano passed inside Gharb’s area from the left flank and from his low shot Brandon Said turned in goal from close distance.

109’ Gharb’s goalie once again was called to make a difficult save to turn to a corner a first-timer by Johan Alberto Castano following a cross by Ian Xuereb.

110’ (3-1) From the same corner kick by Gennaro Hili, Gharb’s defence failed to clear the ball from the goalmouth and from the resultant melee Johan Alberto Castano fired in goal.

120+1’ (4-1)  A clearance by Gharb’s keeper from outside the area hit Olimpio Gabriel Fernandes who committed an own goal as the ball changed direction and ended in the net. 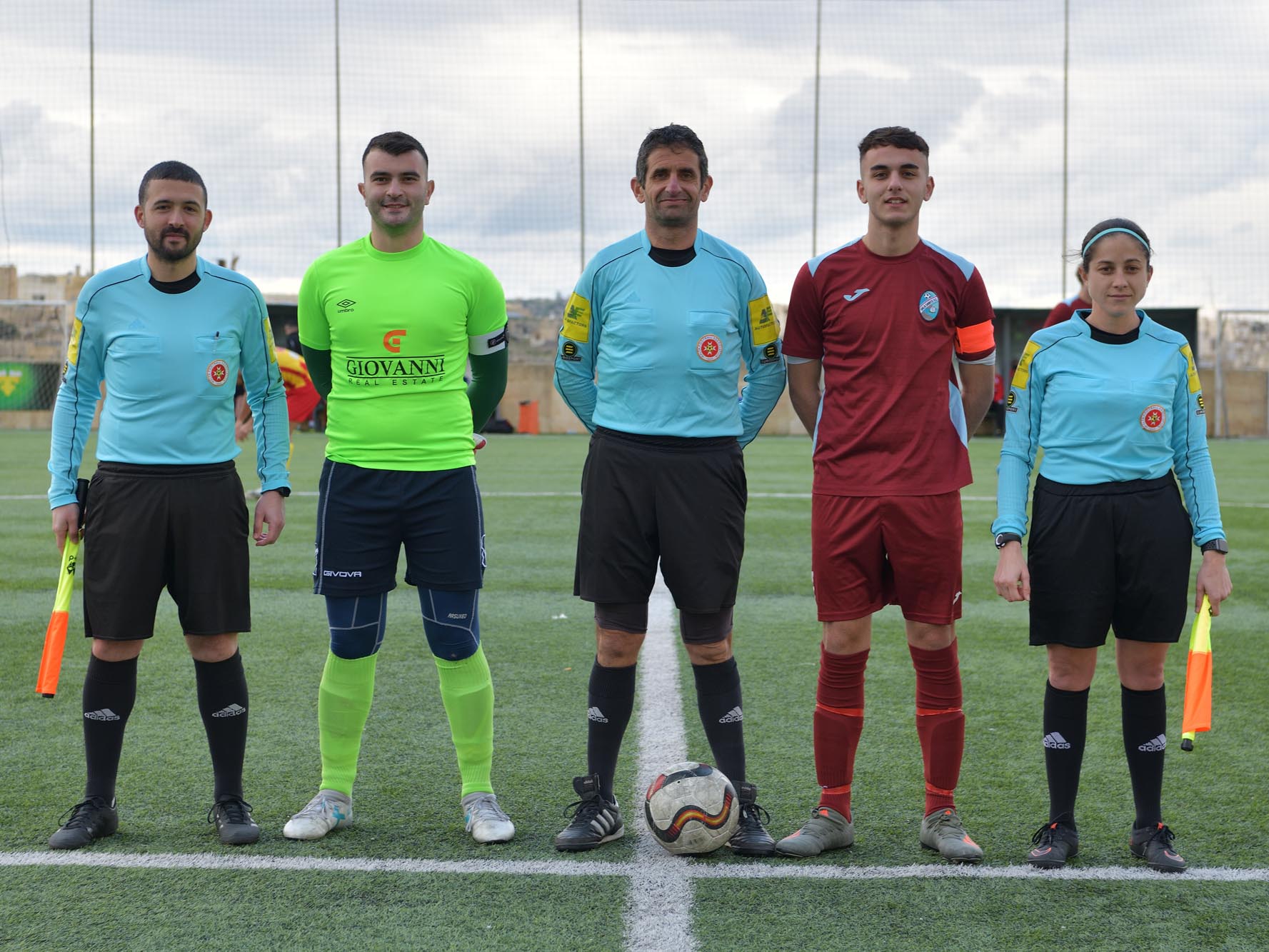 Qala turn a defeat into a win with a late goal 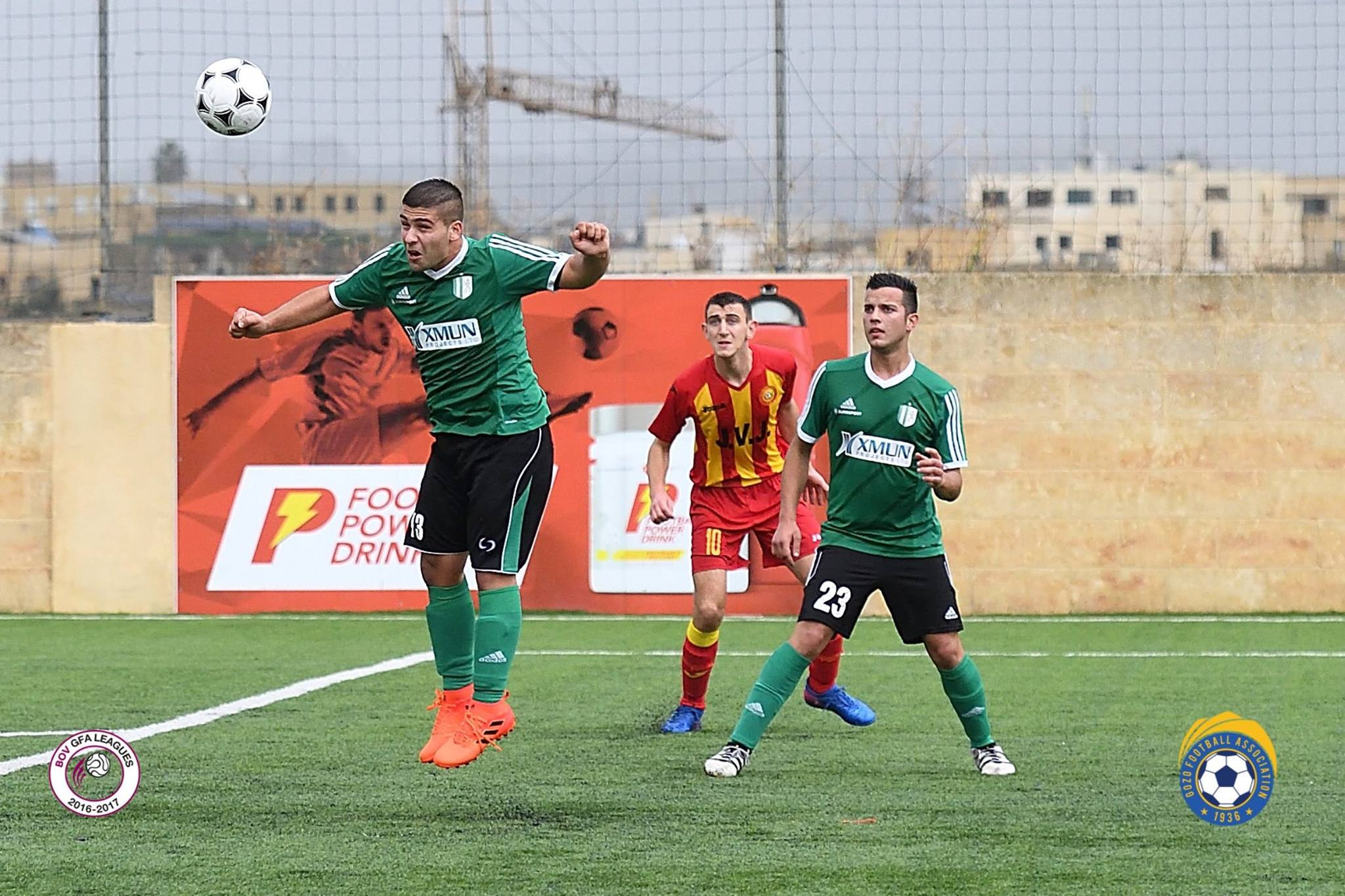 Sannat turn the result with a goal scored in each half