Gharb clinch the equaliser with a late penalty 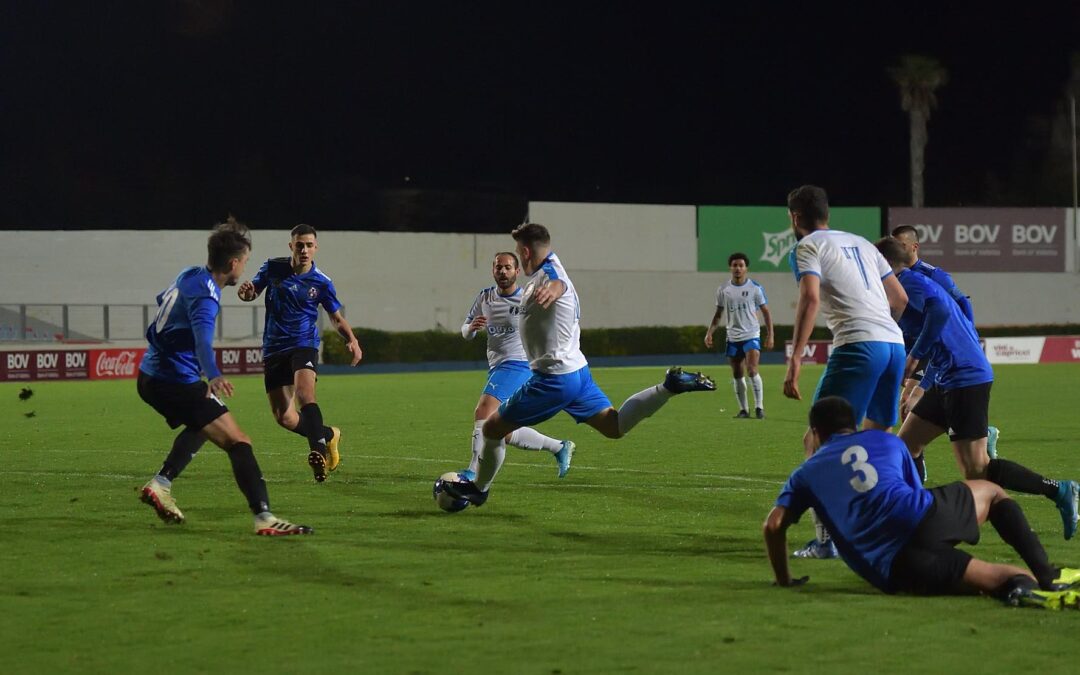 Gharb Rangers and Xaghra United earned a point each from a draw of eight goals so that the two sides remain at the last two places on the table. For this match the two sides seemed determined to obtain a win as Xaghra were aiming to register the double in an attempt to increase their lead over bottom placed Gharb, while the latter needed a win to reach the same Xaghra on equal points on the table. Overall the outcome of this encounter was just as both Xaghra and Gharb produced offensive play. However, Xaghra must have left the field more disappointed as they had opportunities to build a comfortable lead before the final stages of the match and also for conceding Gharb’s equaliser during the dying moments of the encounter. On the other hand Gharb struggled for most of the time but their efforts were rewarded as they saved the result and retained their chances to avoid the relegation at the end of the championship.

Xaghra came out more aggressive and scored two goals at an early stage of the match but Gharb recovered from the difficult start and at one point they also had the lead.
2’ (0-1) Xaghra opened the score when Luis Andre De Melo Lima delivered a cross inside Gharb’s area and Joseph George Vella prolonged with a header so that the ball arrived to an unmarked Nebojsa Biculjevic who fired in goal from close distance.
10’ Xaghra went very close to score a second goal when Joseph George Vella passed through Gharb’s defence with a personal action inside the area but his low drive aimed towards the far post ended wide.
11’ (0-2) Xaghra however doubled the score following another initiative by Joseph George Vella released Marlon Mamo at the edge of Gharb’s area and the latter delivered a low cross so that Luis Andre De Melo Lima had his first attempt that was partially saved by Gharb’s goalie but the same striker took the rebound and placed easy into an open goal from close distance.
14’ In another action by Xaghra a free kick by Joseph George Vella was well saved by Gharb’s keeper Daniel Spiteri.
22’ (1-2) penalty : Gharb managed to reduce the deficit when they were awarded a penalty for a foul by Xaghra’s defender Savio Galea on Pablo Vinicius Ferreira and the latter converted form the spot kick.
25’ (2-2) Gharb kept insisting and levelled the score through Pablo Vinicius Ferreira who passed around two direct opponents at the edge of Xaghra’s area and concluded easily in goal as he came face to face with the goalkeeper.
31’ Gharb produced another dangerous action but a shot by Joseph Grima was saved in two attempts by goalie Lorjean Xuereb.
34’ (3-2) Gharb turned the result in their favour through a shot from an ideal position by Olimpio Gabriel Fernandes following an action by Joseph Grima inside Xaghra’s area.
35’ (3-3) penalty – Xaghra were awarded penalty for handling by Gharb’s defender Samuel Sillato and Joseph George Vella scored the equaliser with his shot from the spot kick.
45’ Gharb replied with an attempt by Joseph Grima that was neutralised by Xaghra’s keeper Lorjean Xuereb.
HT (3-3)

Play continued to be quite interesting after the break.
2’ Gharb were dangerous through a shot from outside the area by Olimpio Gabriel Fernandes that ended wide.
3’ Xaghra replied with a move by Luis Andre De Melo Lima who received the ball at an ideal position but his shot was weak and defenders Anthony Sultana and Camilo Andres Babilonia recovered their position and cleared the ball from the fatal line to avoid a certain goal.
5’ Xaghra’s goalie Lorjean Xuereb was called to make a good intervention to block a close ranged attempt by Pablo Vinicius Ferreira
6’ (3-4) Xaghra regained the lead when Gharb’s goalie failed to hold a cross by Nebjosa Biculjevic and Luis Andre De Melo Lima headed in goal from close distance.
Gharb’s reaction was sterile and for some time Xaghra seemed in a position to extend their lead.
17’ Xaghra lost a good scoring opportunity but a header by Luis Andre De Melo Lima following a cross by Marlon Mamo got a deflection by Gharb’s defence to a corner.
22’ Gharb could have created more danger from a corner action but a header by Camilo Andres Babilonia ended high.
29’ Xaghra went again close to scoring through a shot from close distance by Luis Andre De Melo Lima that was well blocked by goalie Daniel Spiteri.
30’ Gharb replied through an initiative by Olimpio Gabriel Fernandes but Xaghra’s keeper left his position in time to block the danger and deny the striker from scoring.
39’ Gharb had another good attempt through a shot by Joel Xuereb that got a deflection and the ball ended in ion corner.
42’ Xaghra lost a good opportunity to seal the win but Rodrigo Ost Dos Santos hit badly from close distance following a cross by Luis Andre De Melo Lima so that Gharb’s defence cleared the danger form the goal mouth to a corner.
43’ (4-4) penalty – Xaghra were punished for the missed scoring opportunity as Gharb were awarded a penalty for a foul by Xaghra’s keeper on Camilo Andres Babilonia and after a pause of around five minutes due to an injury, in the third minute of stoppage time Gharb levelled the score through the penalty kick by Pablo Vinicius Ferreira so that \Gharb’s striker also registered a personal hat-trick.
FT (GR 4 – XU 4) 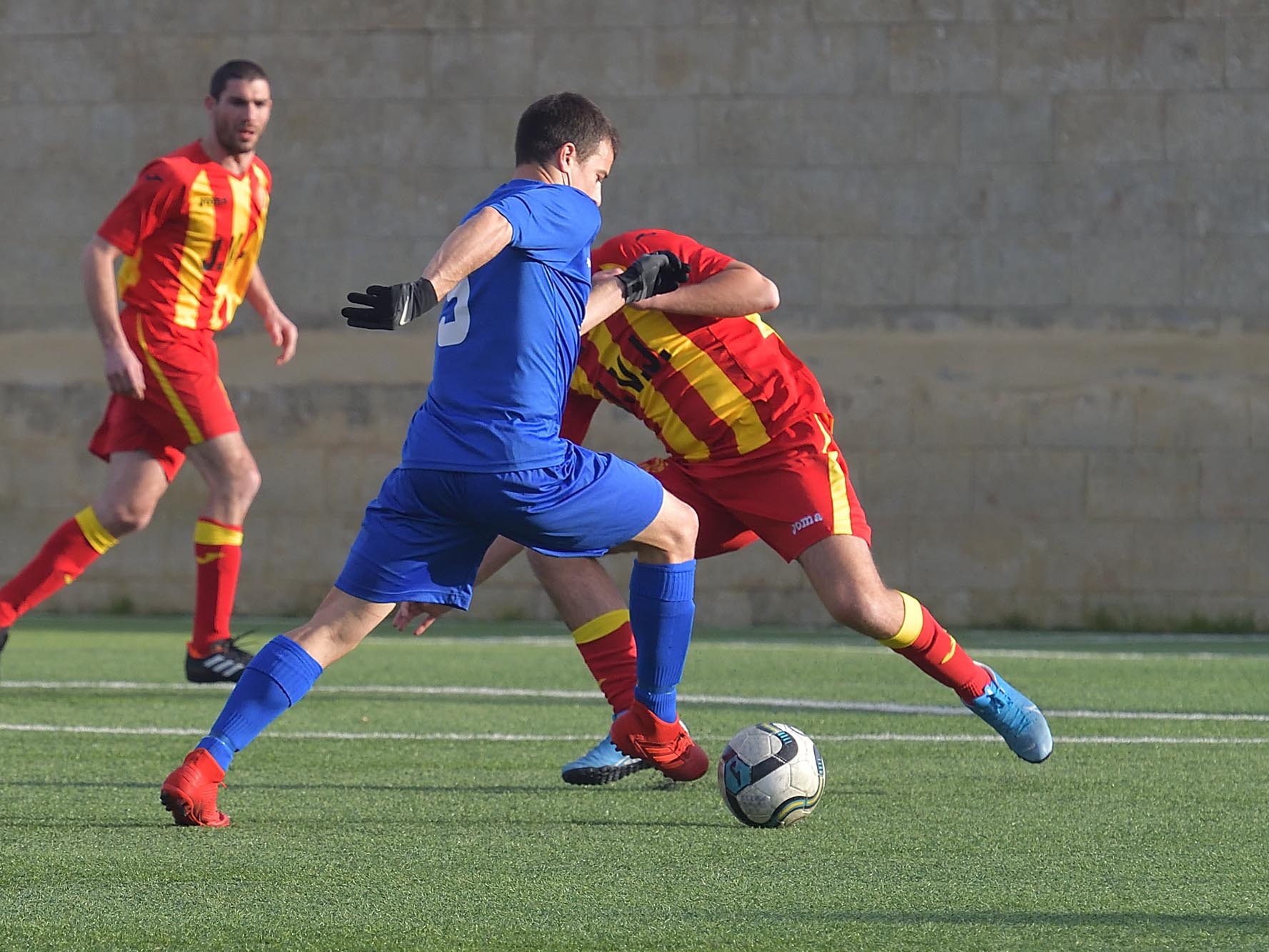 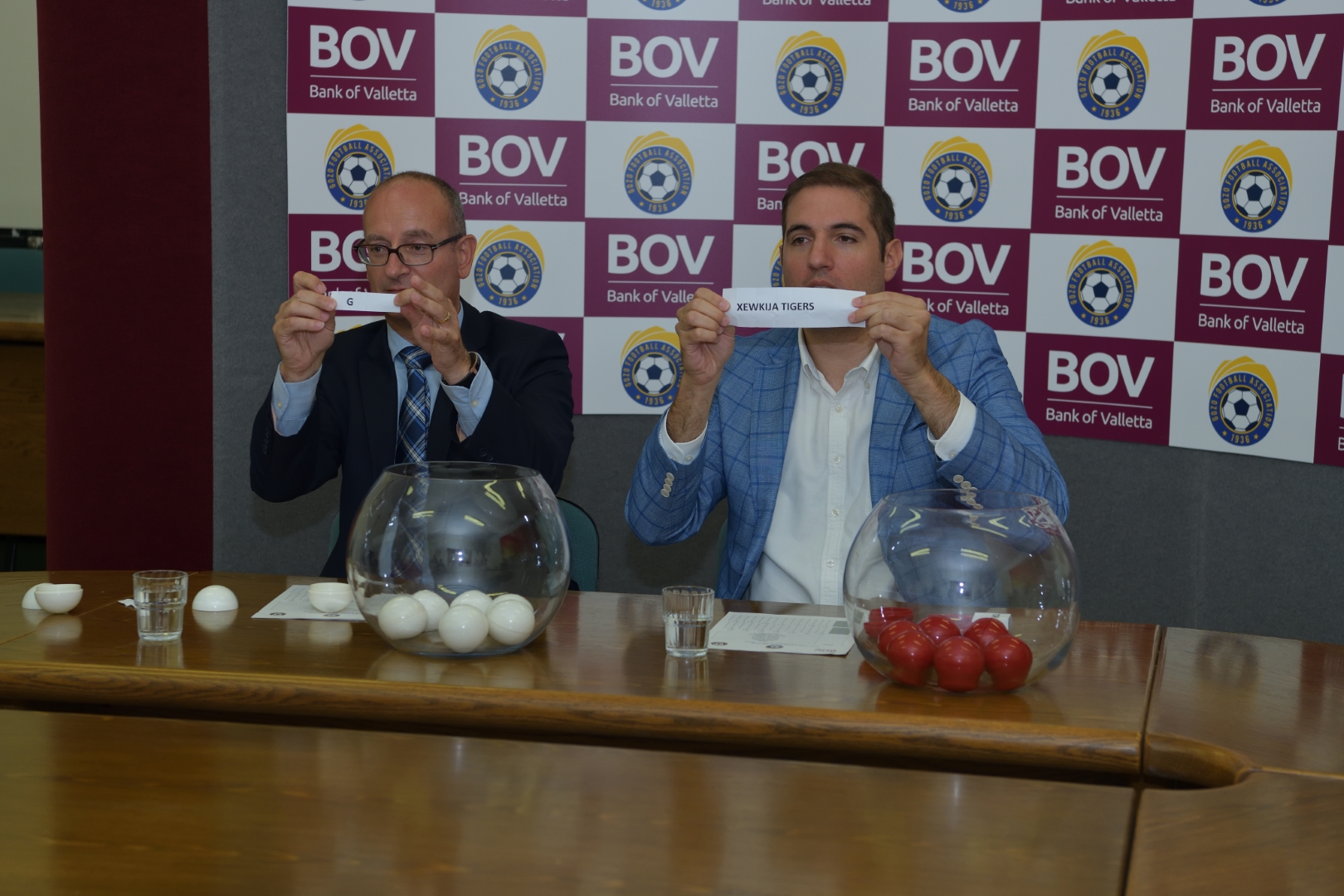 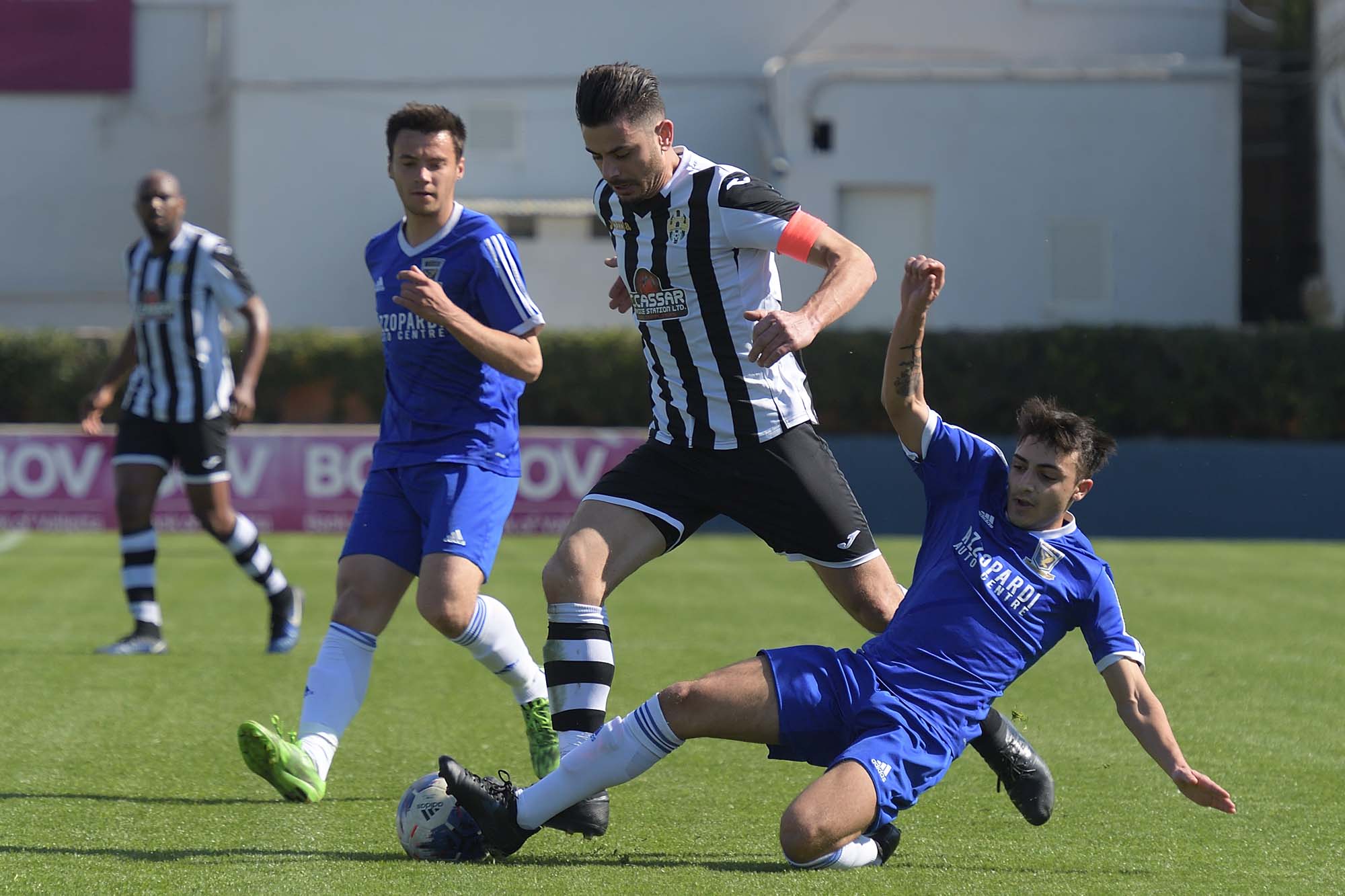