Victoria Hotspurs eliminate the holders and aim for the double 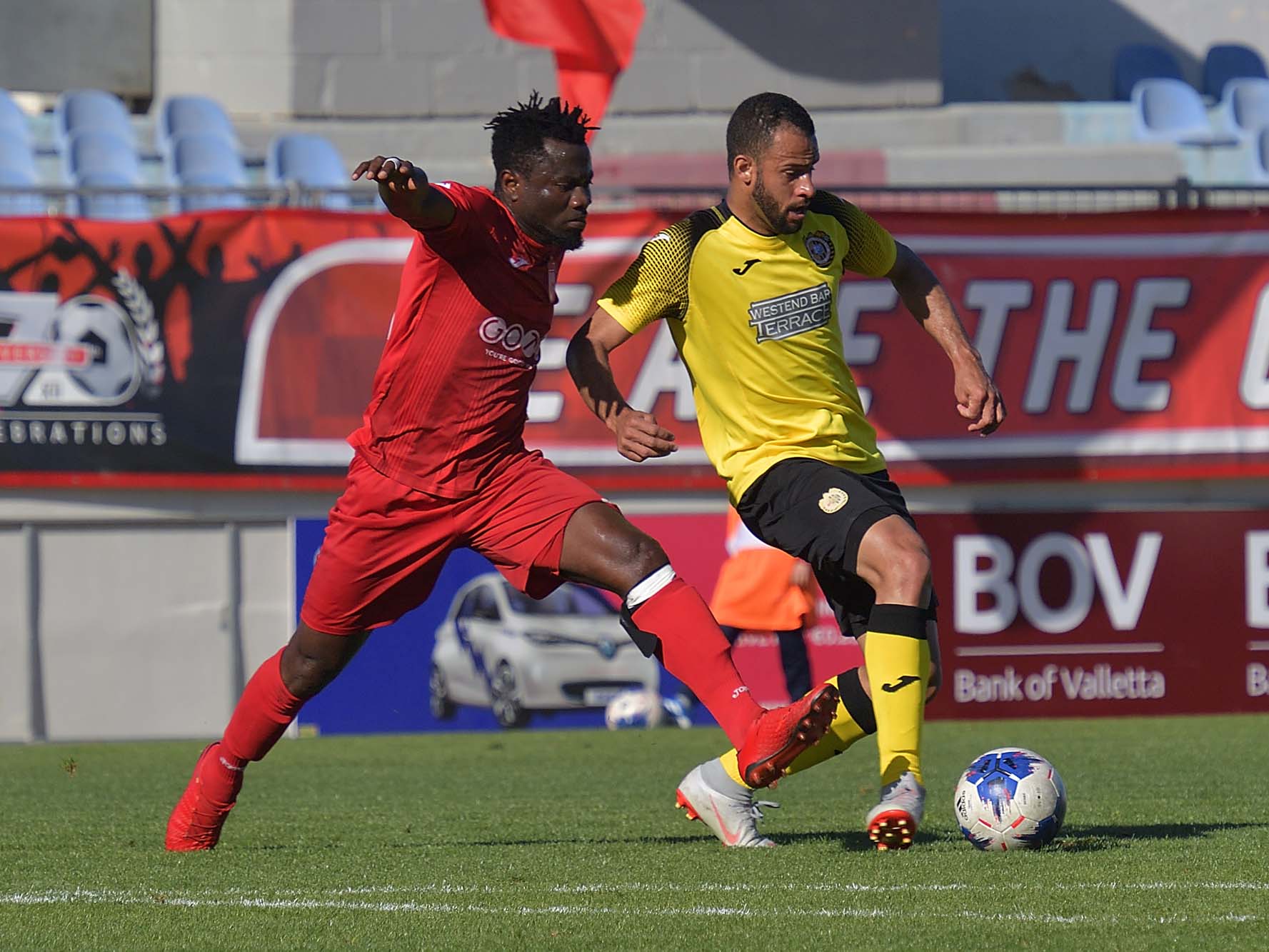 Victoria Hotspurs registered a 4-1 win over Xewkija Tigers in the second semi-final of the BOV GFA Cup so that the champions of Gozitan football can aim to end a successful season by winning the double.  The Hotspurs are also trying to win this competition for the second time in their history after more than twenty years. In this match the Hotspurs confirmed their good moment of form and practically made sure of the qualification by scoring the four goal within the first hour of play.  Xewkija, who were the holders of this competition, were expected to produce a serious challenge to the champions, but they seemed fragile at their defence and ended up suffering from Victoria’s breaks so that they compromised their chances to defend the honour during the first part of the encounter.  Victoria’s striker Elton Da Silva was again a main protagonist in the win for his side as he scored three of the four goals and created various other good scoring opportunities. This was also the fifth match between the two sides this season. Xewkija won the match between the two sides of the first round of the championship but the Hotspurs won the other two matches from the second and third round of the championship, and won also the Super Cup at the beginning of the 2018/2019 season.

The Hotspurs could have opened the score within the first minute of play but a shot by Shaun Bajada was partially saved by Xewklija’s keeper Mark Grim and form the rebound Elton Da Silva failed to take advantage of the situation so that the ball was cleared from the area by the defence.  Xewkija replied on 5 minutes with an initiative by Barbosa Honorato but goalie Adrian Parnis managed to clear the ball to a corner and to avoid danger within his area. Two minutes later Xewkija’s Rodney Buttigieg and a shot from a good position that was blocked to a corner by central defender Daniel Sowatey and on 11 minutes the Hotspurs opened the score when Elton Da Silva took the ball from Xewkija’s defence and as soon as he entered the area he concluded in goal with a low shot.  Xewkija’s immediate reaction arrived on 13 minutes through a shot by Joseph Mario Vella that was saved well by goalie Adrian Parnis and one minute later Victoria’s Shaun Bajada had an attempt that was neutralised by Xewkija’s keeper Mark Grima.  Victoria increased their momentum and maintained pressure on Xewkija’s defence for a good part of the first half. On 243 minutes a shot by Victoria’s Emiliano Lattes was again saved by Xewkija’s goalie and the same goalkeeper was well placed on 37 minutes to save a shot by Elton Da Silva who exchanged the ball with Shaun Bajada before addressing towards goal.  On 28 minutes the Hotspurs were awarded a penalty for a foul by Christian Bugeja on Henrique Maciel and Elton Da Silva converted from the spot kick to make it 2-0 for his side.  On 38 minutes the Citizens could have added another goal but a first timer by Emiliano Lattes following a pass by Christian Mercieca was blocked in time by Xewkija’s Milos Stojanovic.  Xewkija’s best opportunity to reduce the score arrived on 41 minutes through a strike by Claudio Antunes that ended just wide.

The Hotspurs continued to be more offensive after the break and on 49 minutes Xewkija’s goalie Mark Grima was well placed to block a free kick by Shaun Bajada.  One minute later the Hotspurs were awarded another penalty for handling by substitute Manwel Xerri in a challenge with Henrique Maciel and Elton Da Silva increased the lead for his side by placing in goal with the shot form the spot kick.  Xewkija were shocked and on 56 minutes the score became 4-0 when Henrique Maciel released Christian Mercieca who had his first attempt that was stopped by the crossbar and from the rebound the same striker pushed the ball easily into an open goal.  Xewkija scored their consolation goal on 62 minutes through a header by Rodney Buttigieg following a free kick by Joseph Mario Vella and for the rest of the encounter Xewkija tried hard to score more goals but they were denied from scoring on more than one occasion with good interventions by Victoria’s keeper Adrian Parnis.  On 68 minutes Victoria’s keeper blocked a good effort by Joseph Mario Vella and two minutes later the same keeper neutralised an attempt by Christian Bugeja following a prolonged action within Victoria’s area. The Hotspurs replied on 71 minutes with a low shot by Elton Da Silva that was saved by Xewkija’s keeper and one minute later Xewkija’’s Barbosa Honorato had a goal that was disallowed for an offside infringement.  On 79 minutes Victoria’s goalie Adrian Parnis made another difficult intervention following a header by Barbosa Honorato from a free kick by Daniel Bogdanovic and the same keeper made the best save of the afternoon to block a strike by Claudio Antunes on 81 minutes. The Hotspurs could have scored more goals in the following minutes but on 82 minutes a low shot by Shaun Bajada after receiving from Elton Da Silva was saved by Xewkija’s goalie Mark Grima and the same goalkeeper also saved an effort by Henrique Maciel on 85 minutes.  Xewkija’s last opportunity to score a second goal arrived one minute later but a shot by Christian Bugeja was saved to a corner with difficulty by Victoria’s goalie Adrian Parnis. 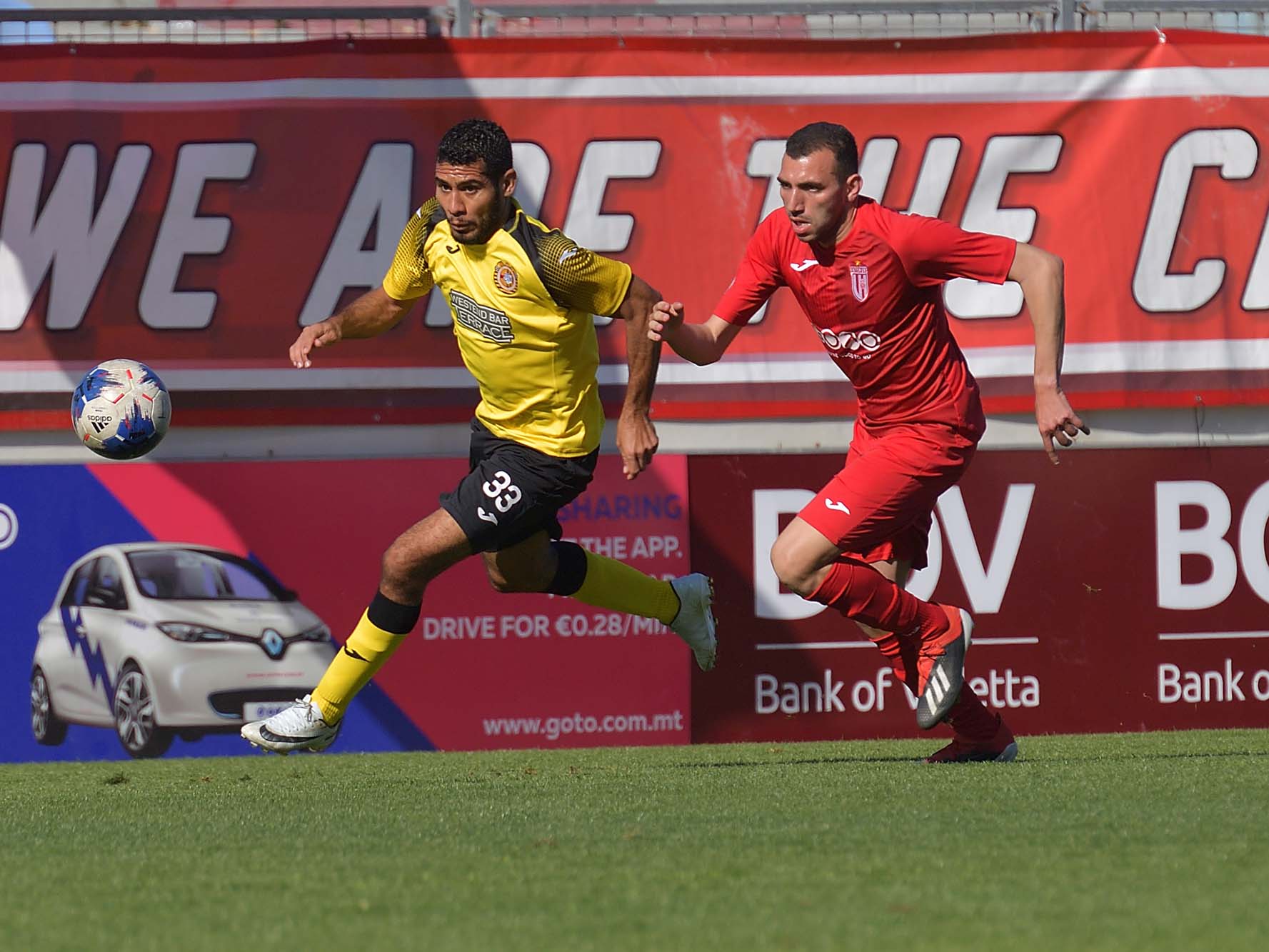 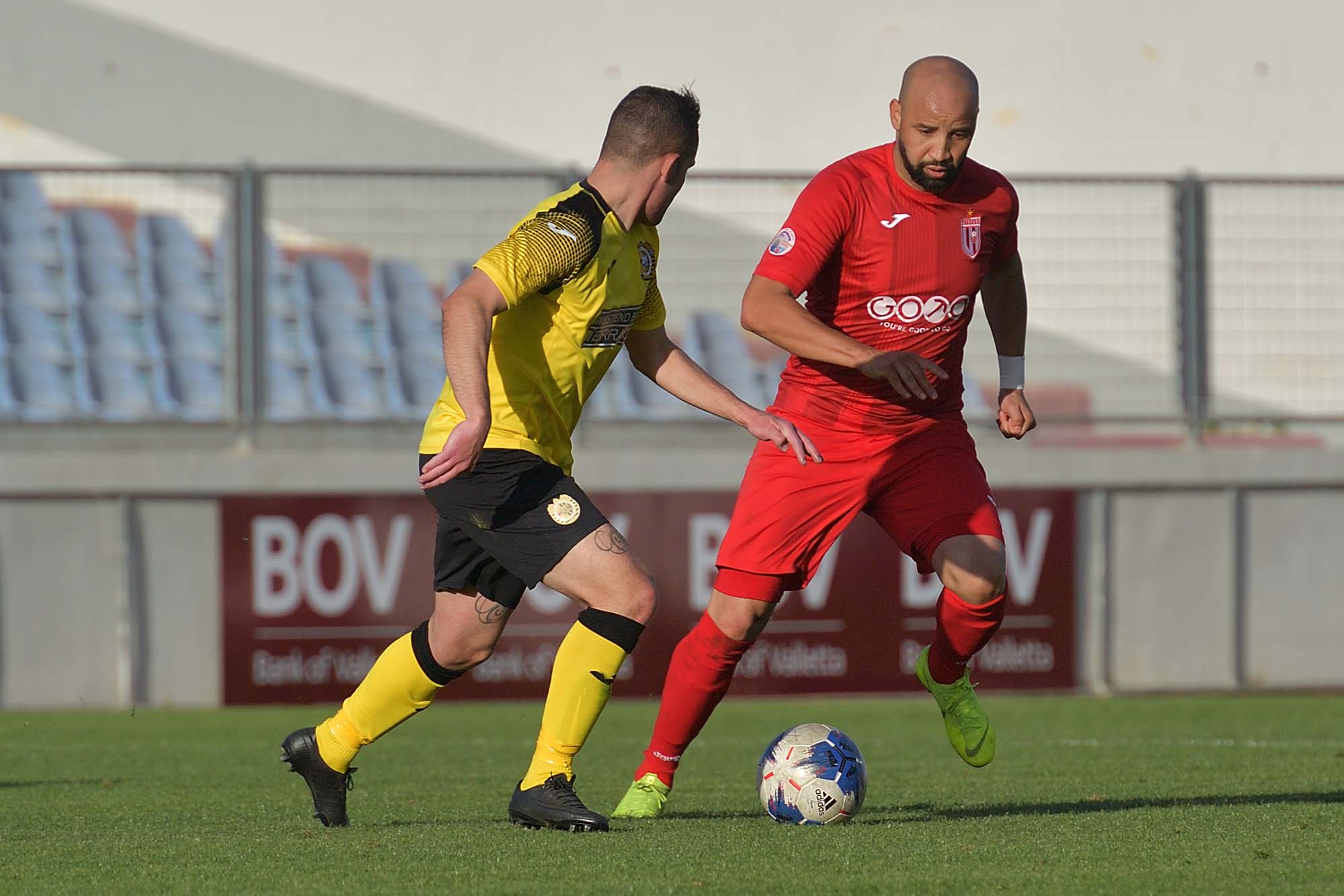 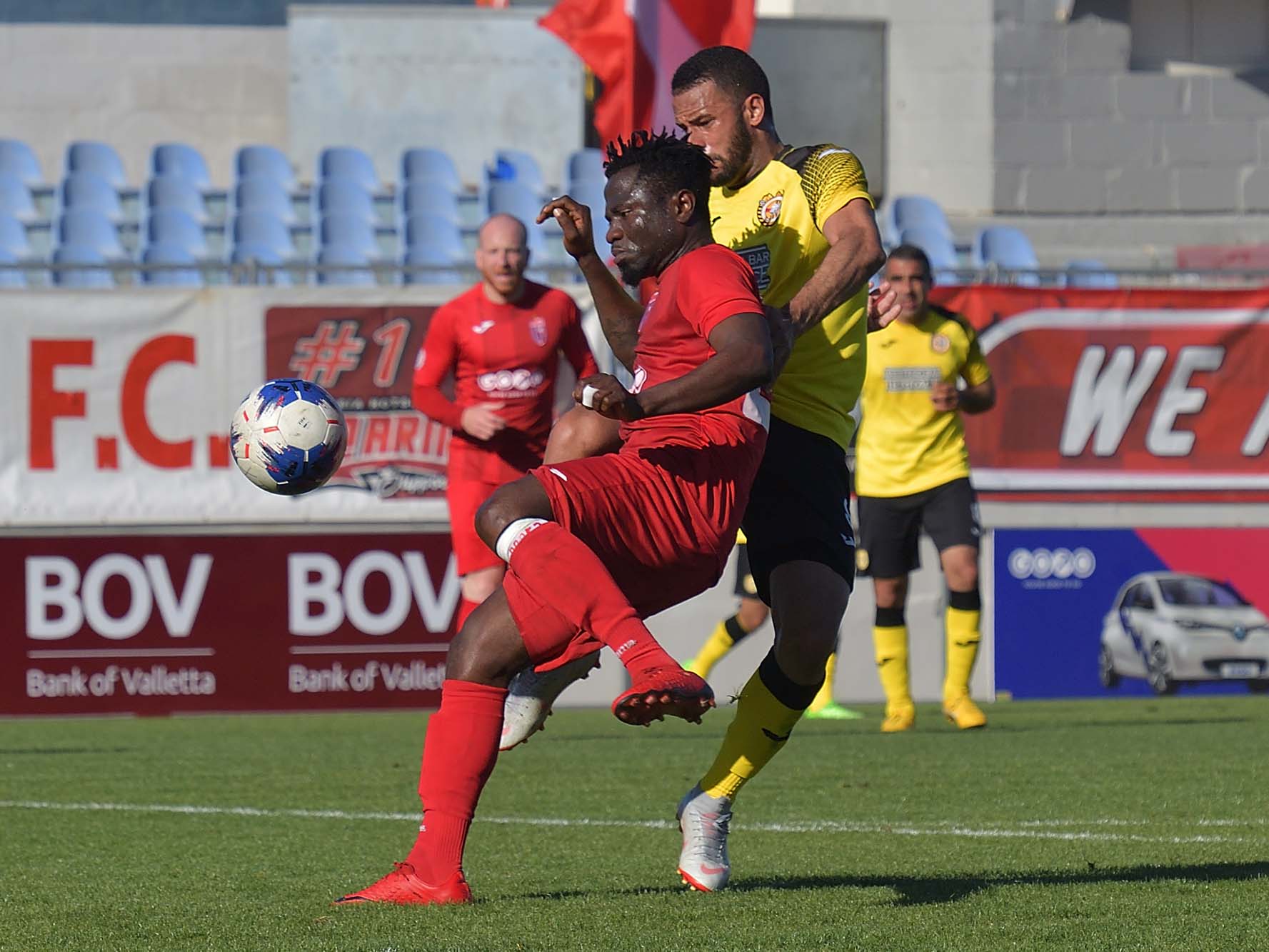 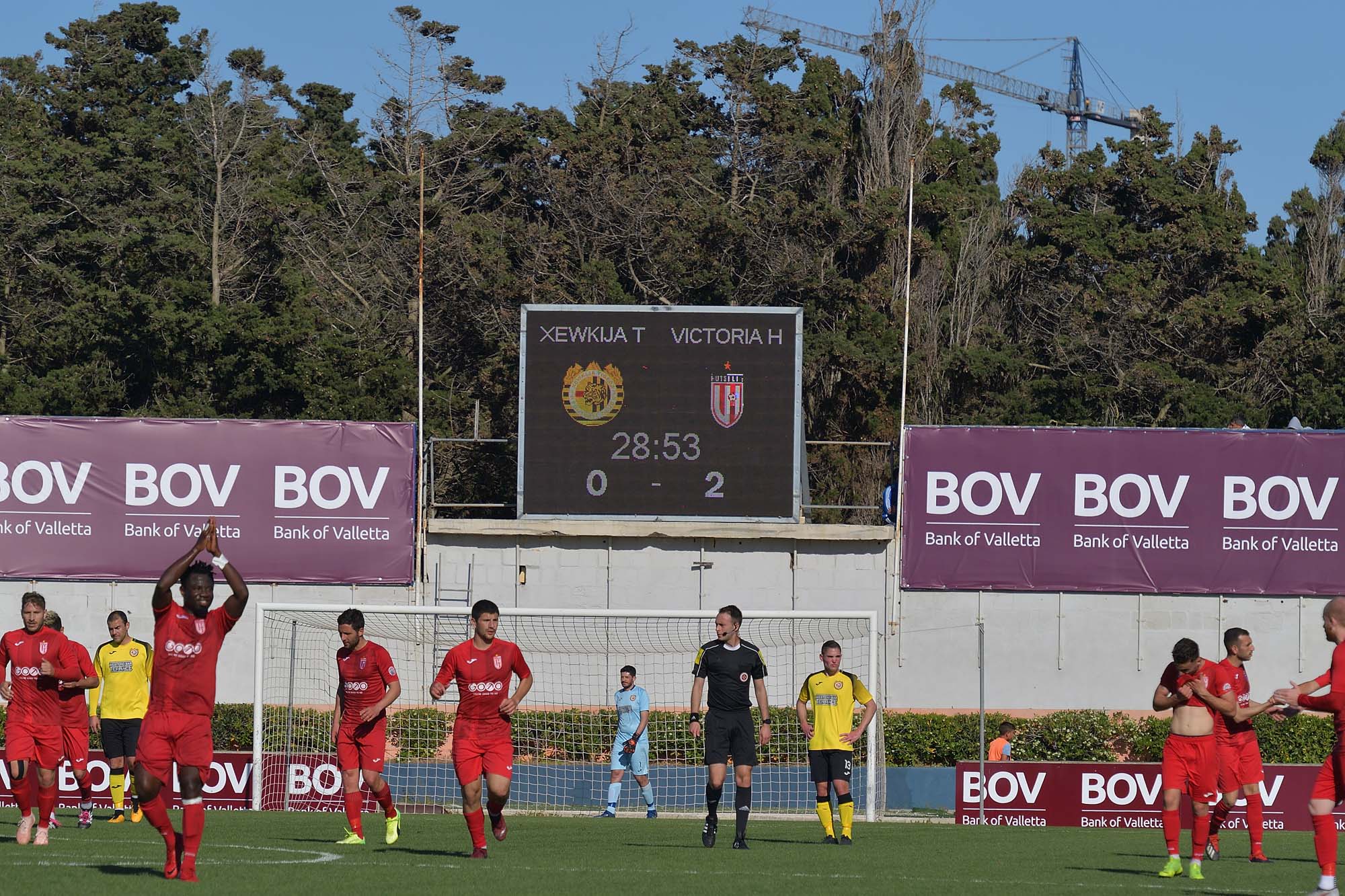 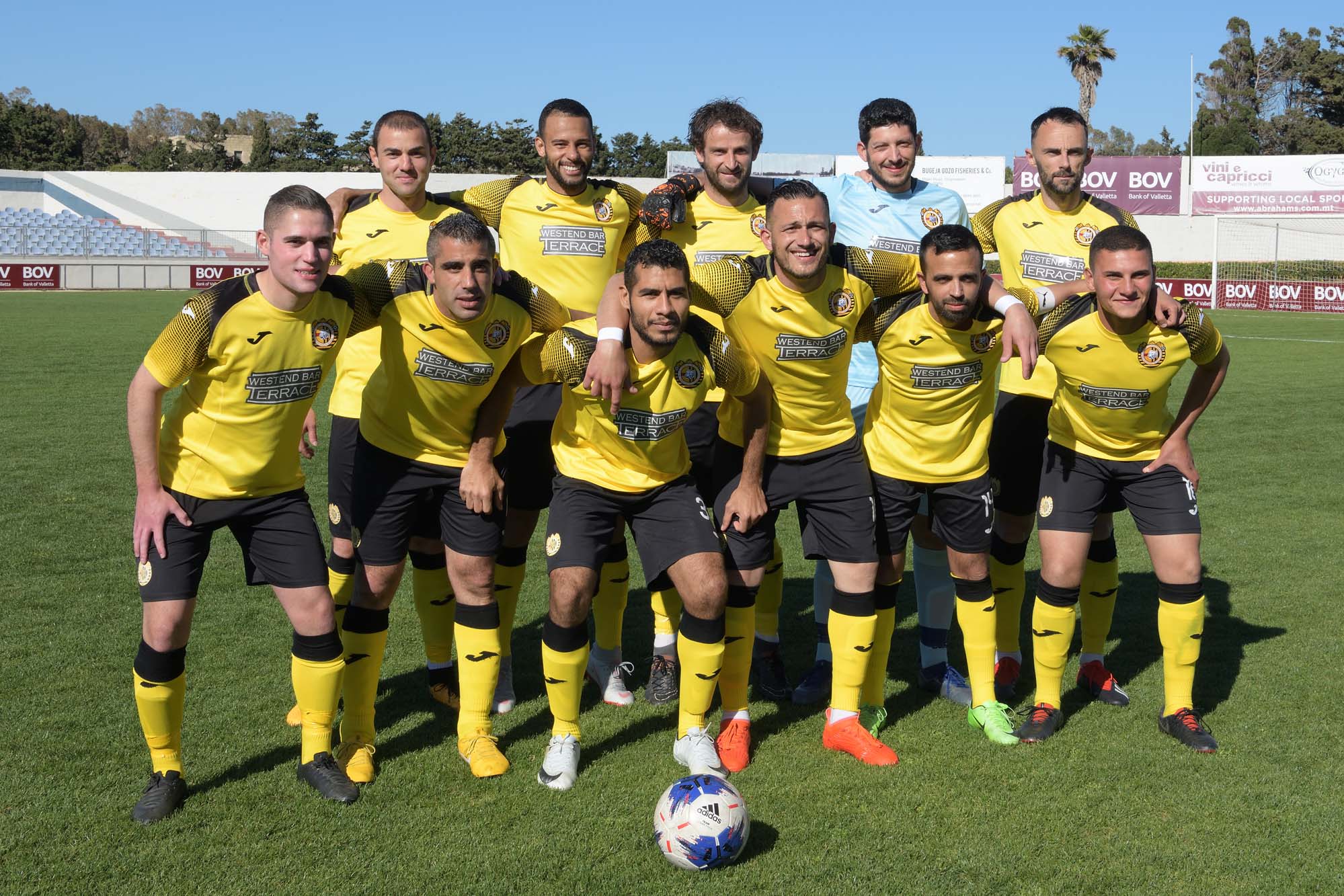 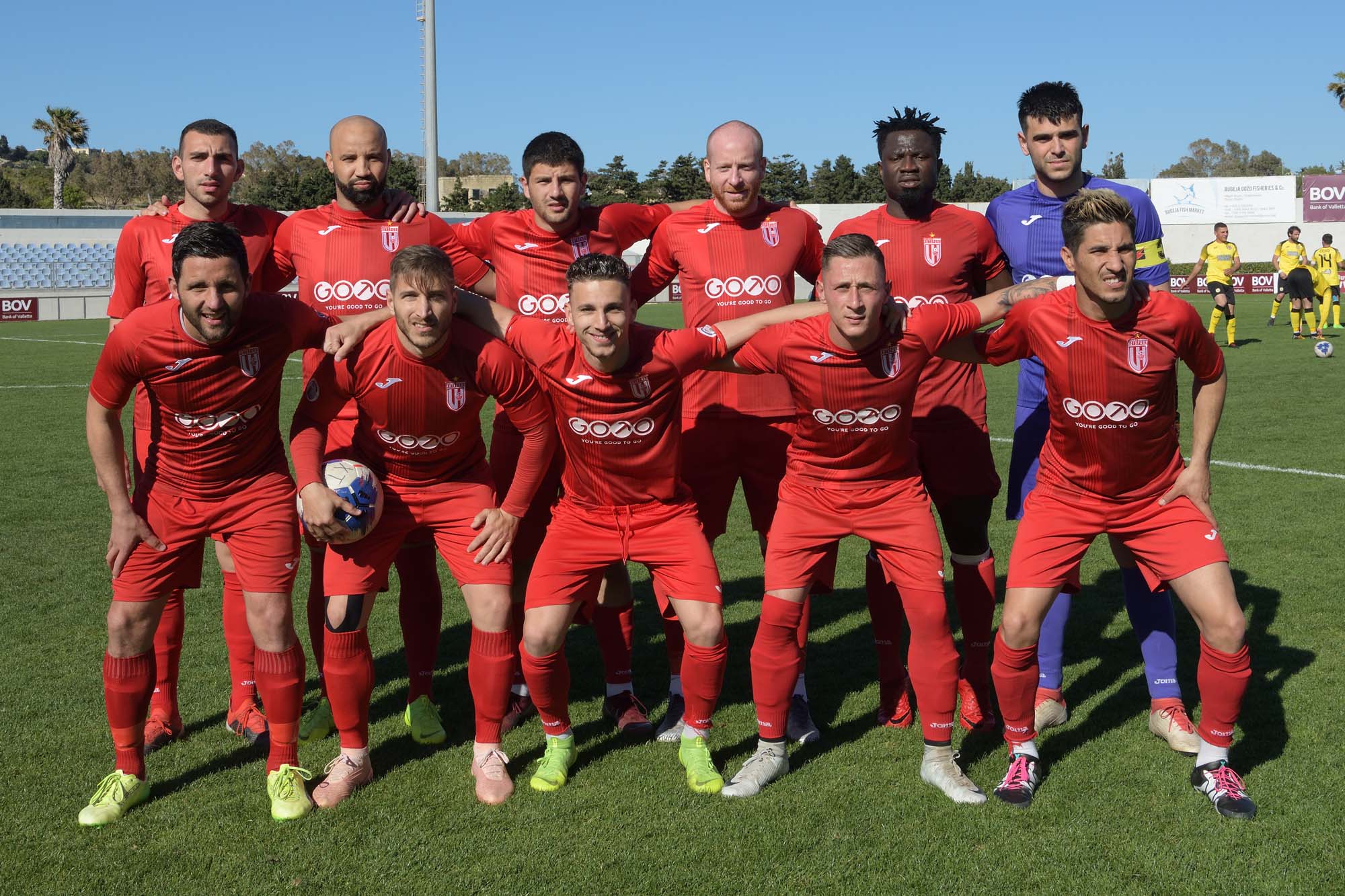 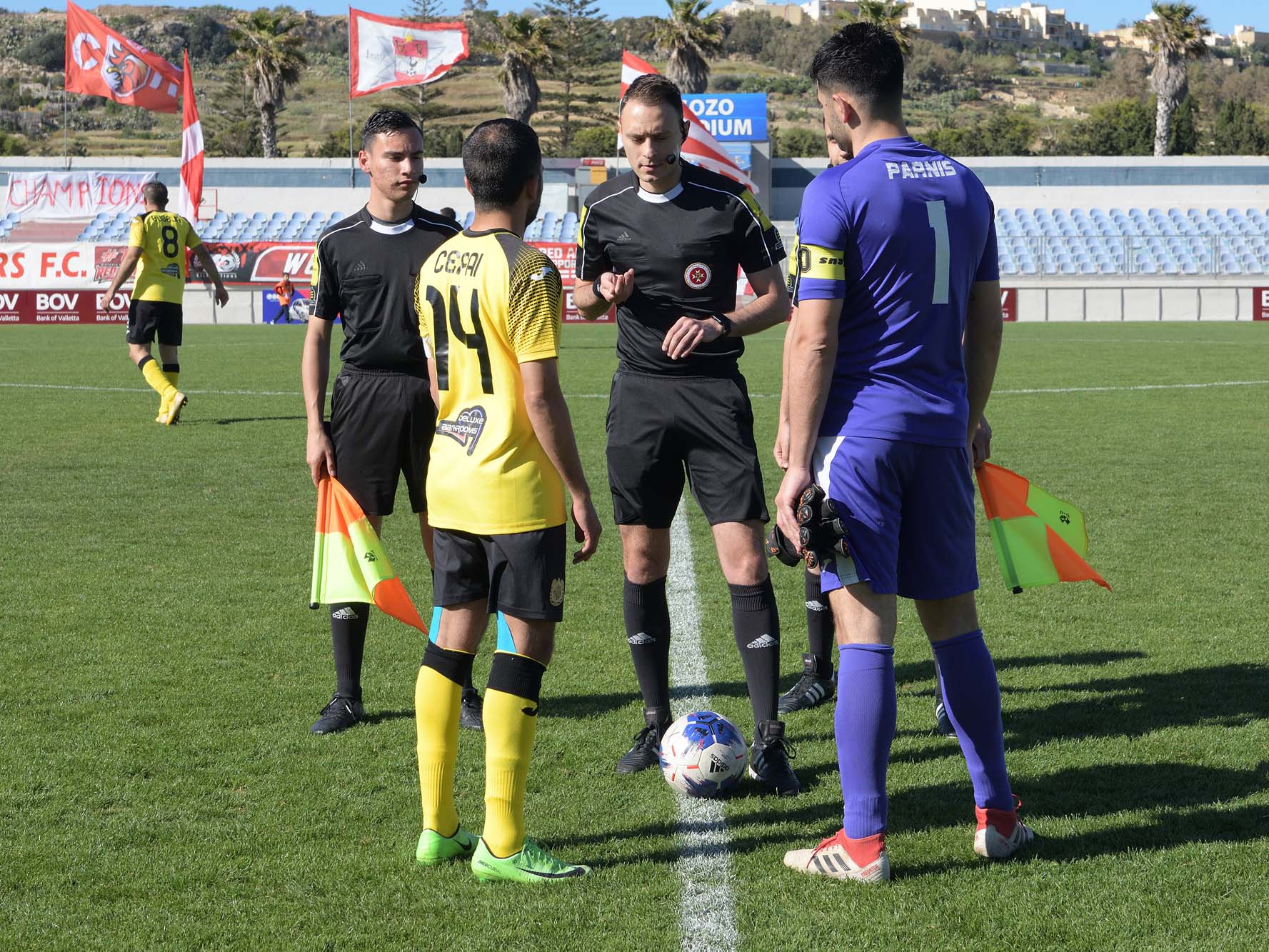 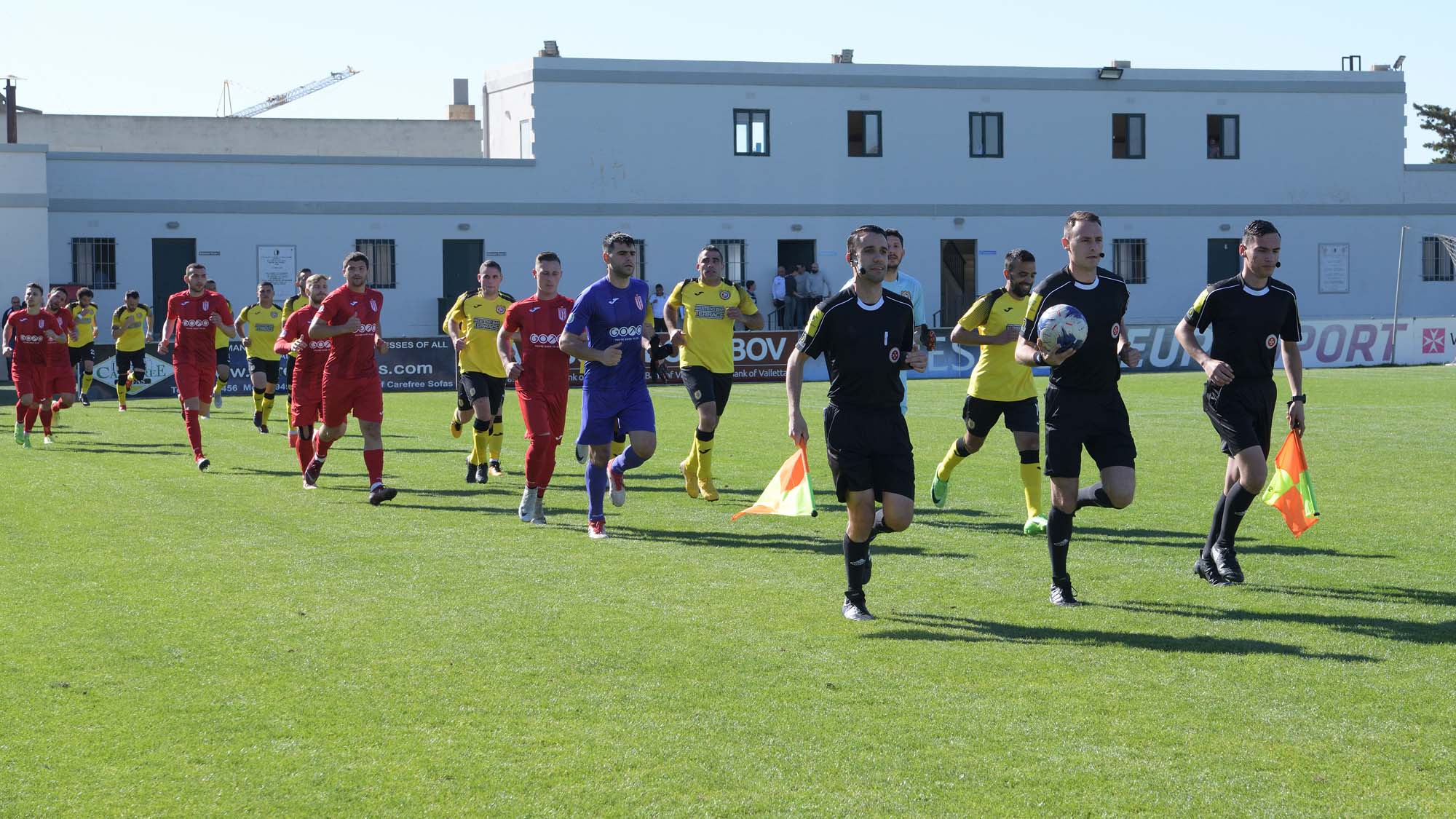 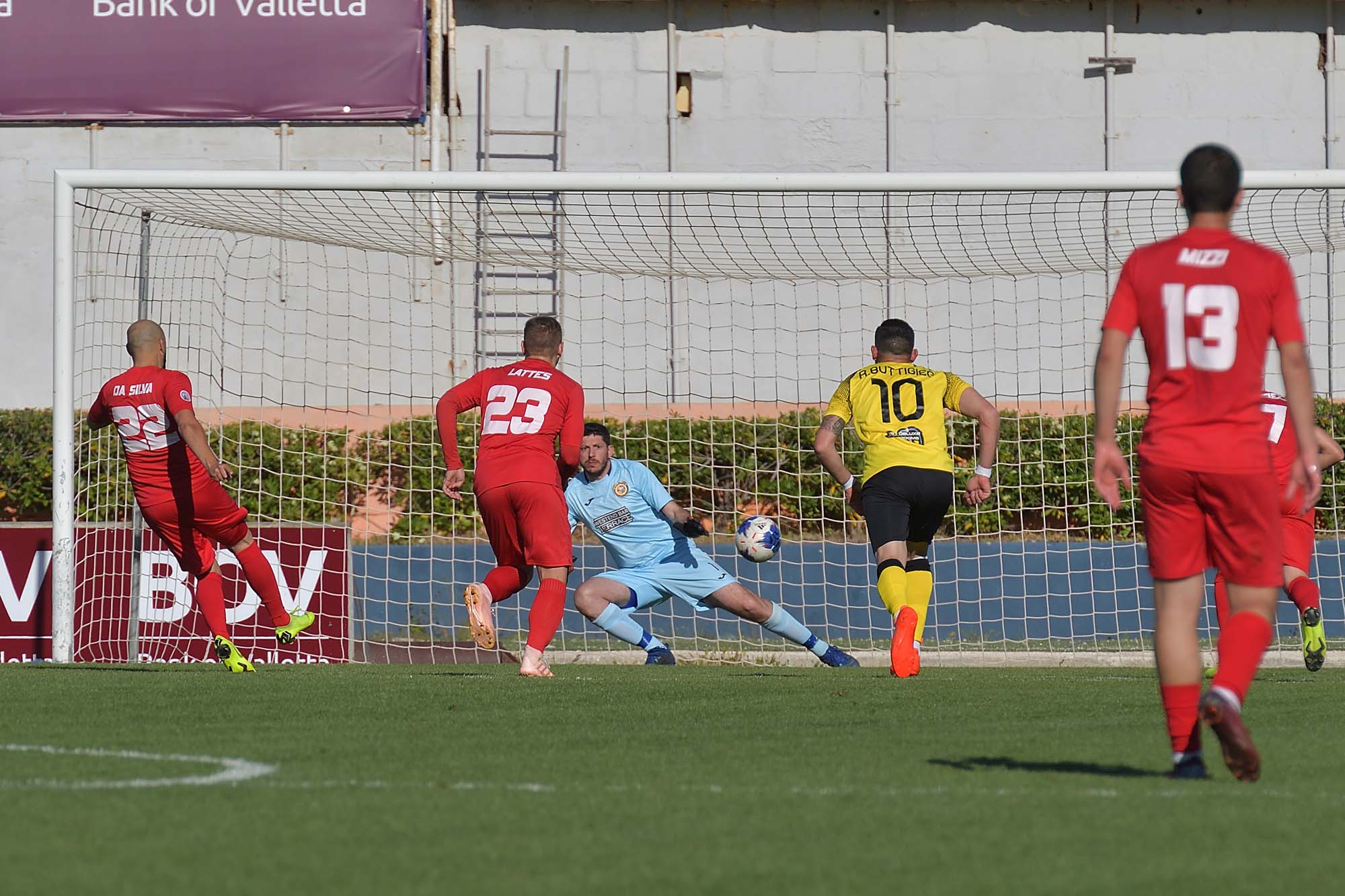 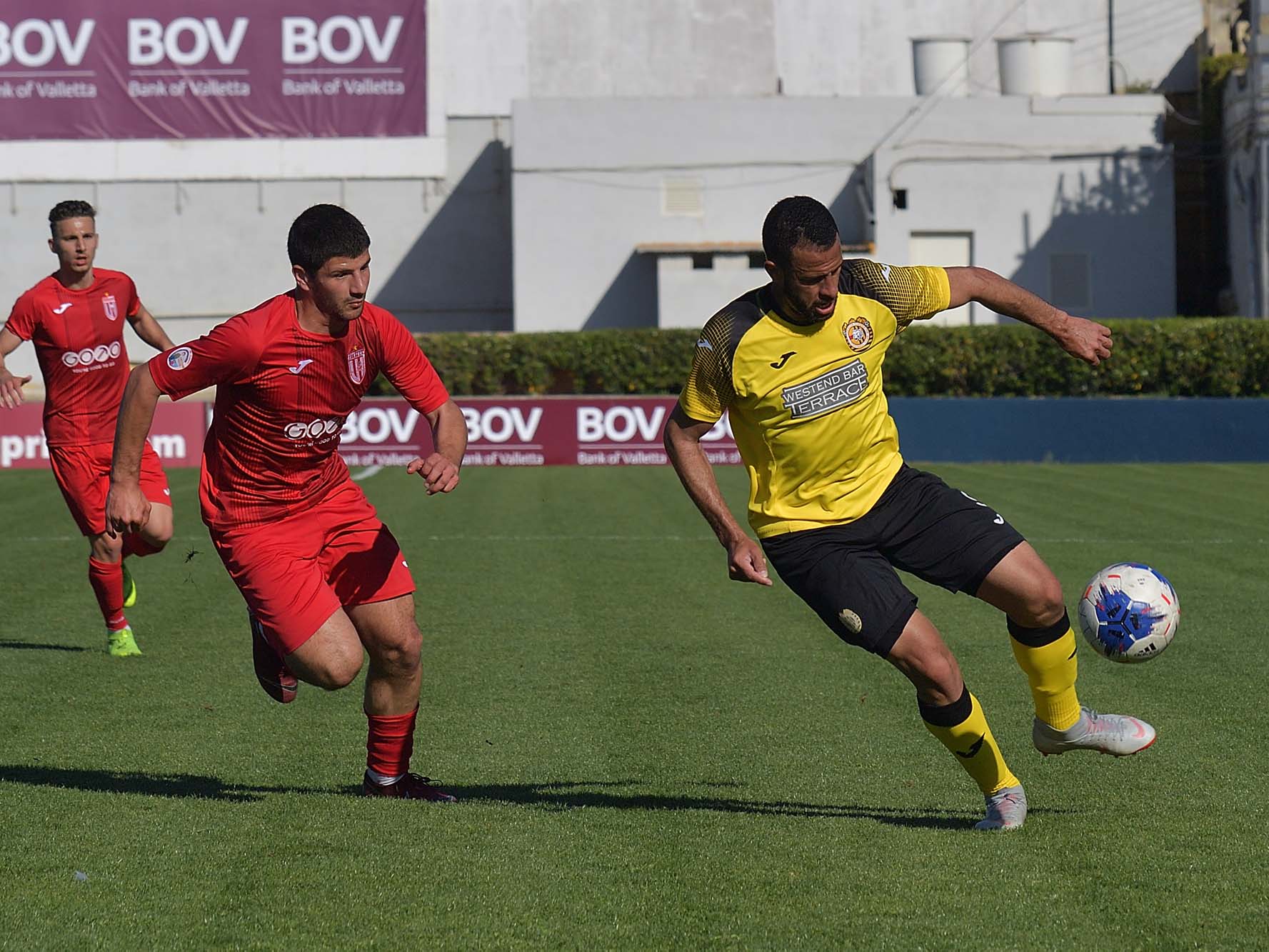 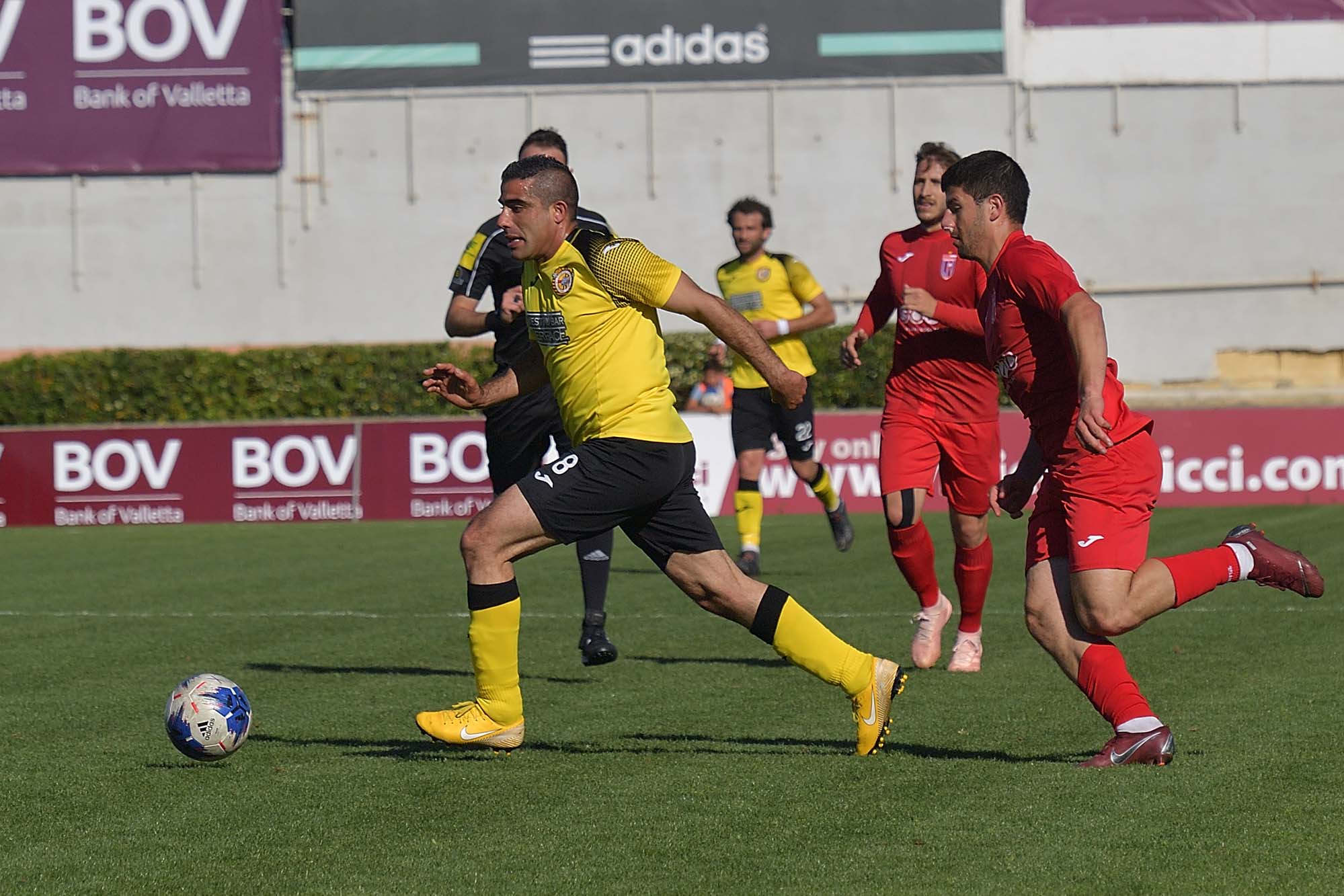