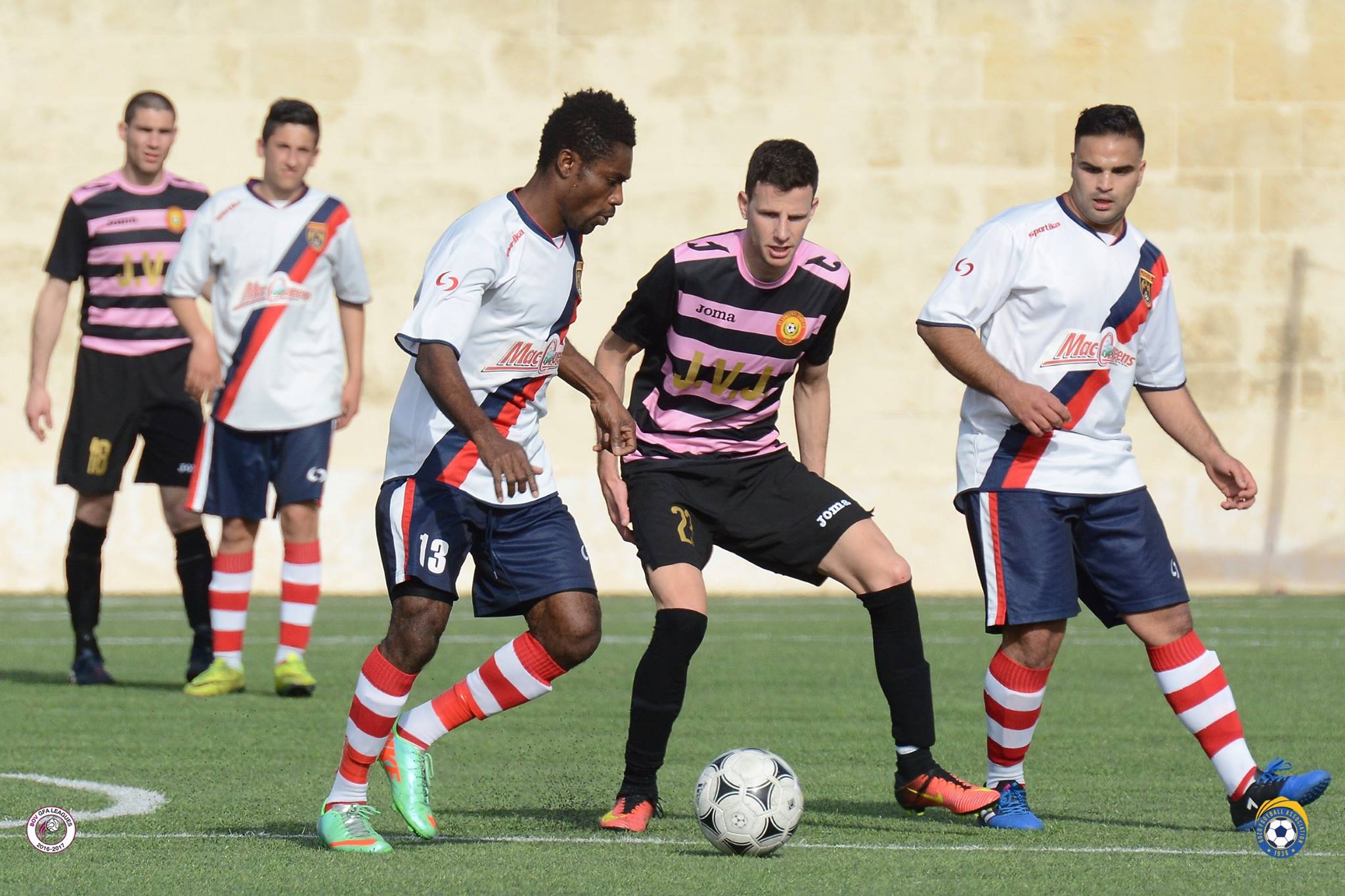 St Lawrence Spurs obtained a victory over Munxar Falcons with the least possible effort and with the points obtained they remain at the top of the table and serious challengers for promotion.  For this match Munxar were in a depleted side as they had a number of players who were not utilized as a precaution due to their important commitment in the final of the Knock Out competition.  St Lawrence took advantage and held command of play for most of the encounter but they only scored two goals, in the space of five minutes, during the last part of the first half.

In the second minute of play of the second period St Lawrence could have increased the score but a lob Mohammed Senussi Telessi when the goalkeeper left his goal unattended ended over the crossbar.  The match lost much of the interest as time passed by.  Munxar went close to reduce the score on 70 minutes when Elijah Xuereb was released by Jordi Parnis but the former had his attempt well saved by goalie Elliott Fenech.  Two minutes later St Lawrence’s substitute Jason Theuma had a curling shot that ended high and on 85 minutes St Lawrence’s other substitute Marlon Mamo produced a personal action inside Munxar’s area but his attempt was well saved by goalie Lorjean Xuereb.  St Lawrence’s last opportunity to score their third goal arrived in the first minute of stoppage time when a shot by Jason Theuma from a good position ended just wide.

← Gharb Retain Their Challenge for Promotion Hotspurs Stun the Leaders →