Wanderers ease past Gharb to reach the quarter finals 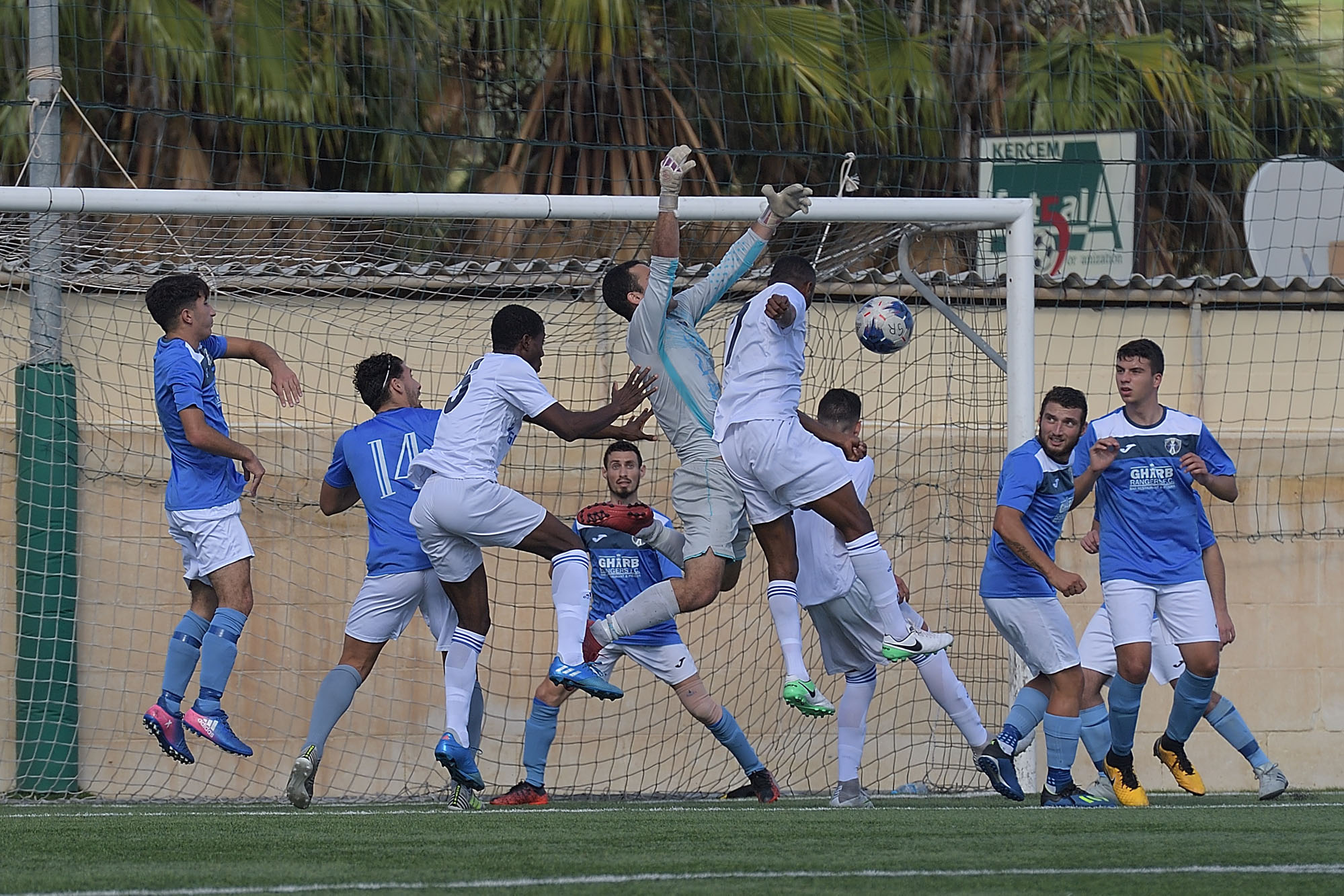 SK Victoria Wanderers obtained a deserved 3-0 win over Gharb Rangers in a match between two sides from the top flight of Gozitan football from the Preliminary Round of the BOV GFA Cup.  The Wanderers will now face Munxar Falcons in the match from the quarter finals of the competition. The Wanderers were the better side and produced more offensive play. They were determined to make up for a series of disappointing results in their previous matches and were well organised at their defense, were effective in the midfield and created danger through the strikers throughout the encounter.  The Wanderers scored two goals during the first half and administered play for most of the second period so that Gharb found it extremely difficult to re-open the qualification issue.

The Wanderers took command of play from the very beginning and in the first minute of play they could have opened the score but an effort by Audgustine James Obaje ended wide.  On 6 minutes a header by Victoria’s Predrag Dordevic following a corner kick by Sam Harland was saved to another corner by goalie Daniel Spiteri and one minute later the same keeper blocked to another corner an attempt by Audgustine Obaje following a personal action.  The Wanderers continued to dictate matters and on 13 minutes they went again close to scoring through a shot by Sam Harland following a personal action that was neutralized by Gharb’s keeper. Victoria opened the score on 18 minutes through a strike from the edge of the area by Gabriel Cardona that ended out of the reach of Gharb’s keeper.  Three minutes later the same Cardona crossed inside Gharb’s area but Sam Harland concluded wide from a good position.  On 24 minutes Gharb created their first serious action inside Victoria’s territory through a cross shot by Hugo Santa Rosa Cruz that was deflected to a corner by goalie Matthew Towns.  Gharb tried to increase their efforts but the Wanderers were well deployed and for some time play took place in the midfield. The Wanderers regained supremacy during the final stages of the first half and on 36 minutes Sam Harland entered Gharb’s area but failed to hit the ball when he was facing the goalkeeper so that the latter saved the danger without difficulty.  On 45 minutes Victoria’s Aaron Touarha entered Gharb’s area with a personal action but his low shot was saved by goalie Daniel Spiteri and in the second minute of stoppage time before half time the Wanderers doubled the score through a tap-in by Aud-Gustine James Obaje following a low cross inside the area by Predrag Dordevic.

Gharb went close to scoring on 49 minutes through a direct free kick by Hugo Santa Rosa Cruz that was well saved by goalie Matthew Towns but one minute later the Wanderers replied with a personal action by Gabriel Cardona who entered the area but his shot was blocked by the goalkeeper and the defense cleared the danger to corner.  The Wanderers gained two consecutive corner kicks in the following minute but on the two occasions Predrag Dordevic failed to conclude from close distance. Gharb went again close to scoring on 54 minutes through a shot from outside the area by substitute Omar Xuereb that ended away from Victoria’s goal. Gharb went again close to reduce the score on 74 minutes through a shot by substitute Anthony Micallef that was saved with some difficulty by goalie Matthew Towns.  The Wanderers scored their third goal on 81 minutes when Sam Harland arrived first on the ball from a free kick by Predrag Dordevic and placed easily into an open goal.  Gharb were demloralised and on 85 minutes Victoria went again close to scoring but an effort by substitute Ajibade Adesina was deflected to a corner by the defense.  One minute later a strike by Predrag Dordevic was blocked by goalie Daniel Spiteri and on 88 minutes Victoria’s Ajibade Adesina took a back pass from Gharb’s defense, turned around the goalkeeper but his shot aimed to an open goal was stopped by the post.  Gharb could have scored a consolation goal on 90 minutes but a shot by Hugo Santa Rosa Cruz from outside the area was blocked by Victoria’s keeper Matthew Towns. 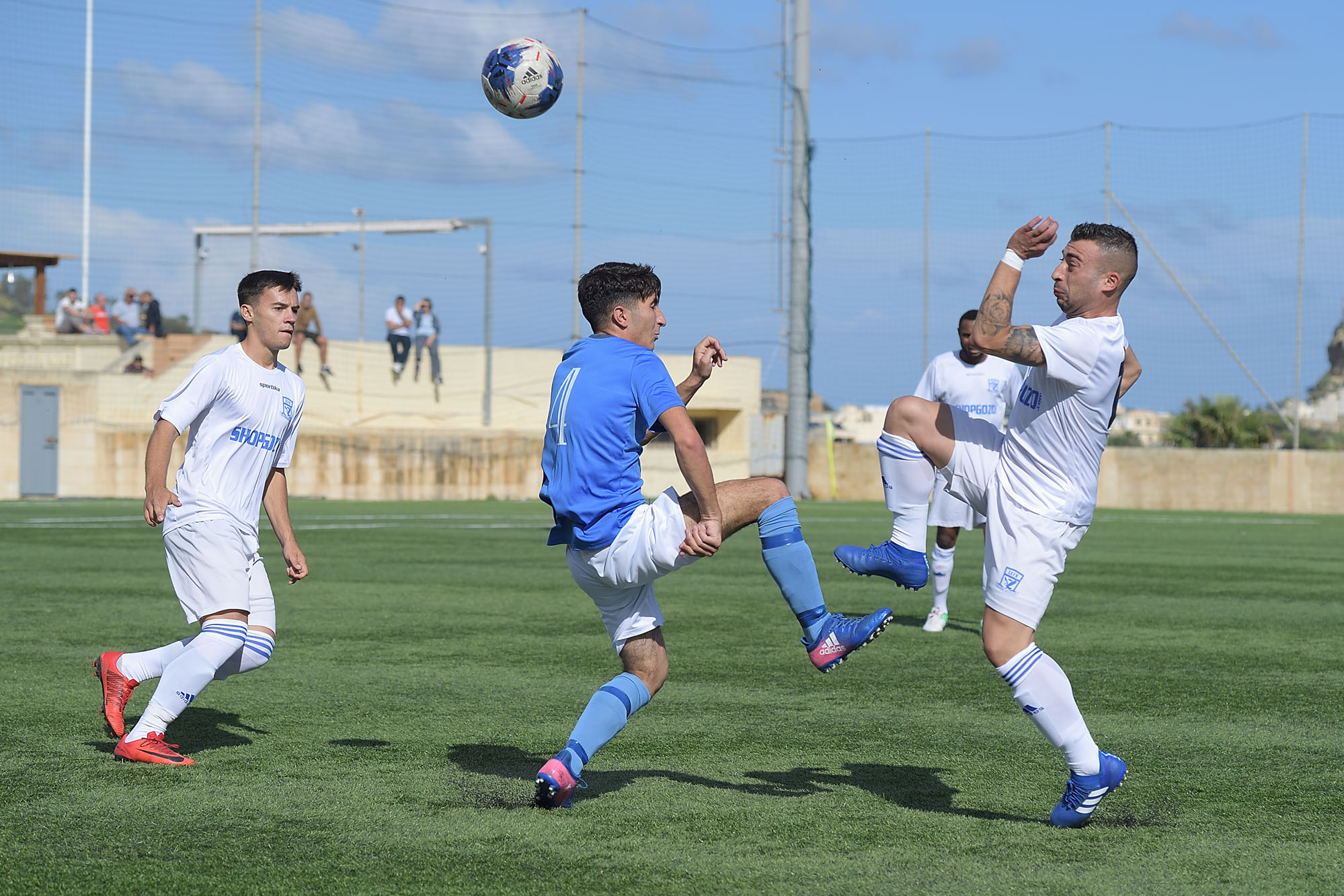 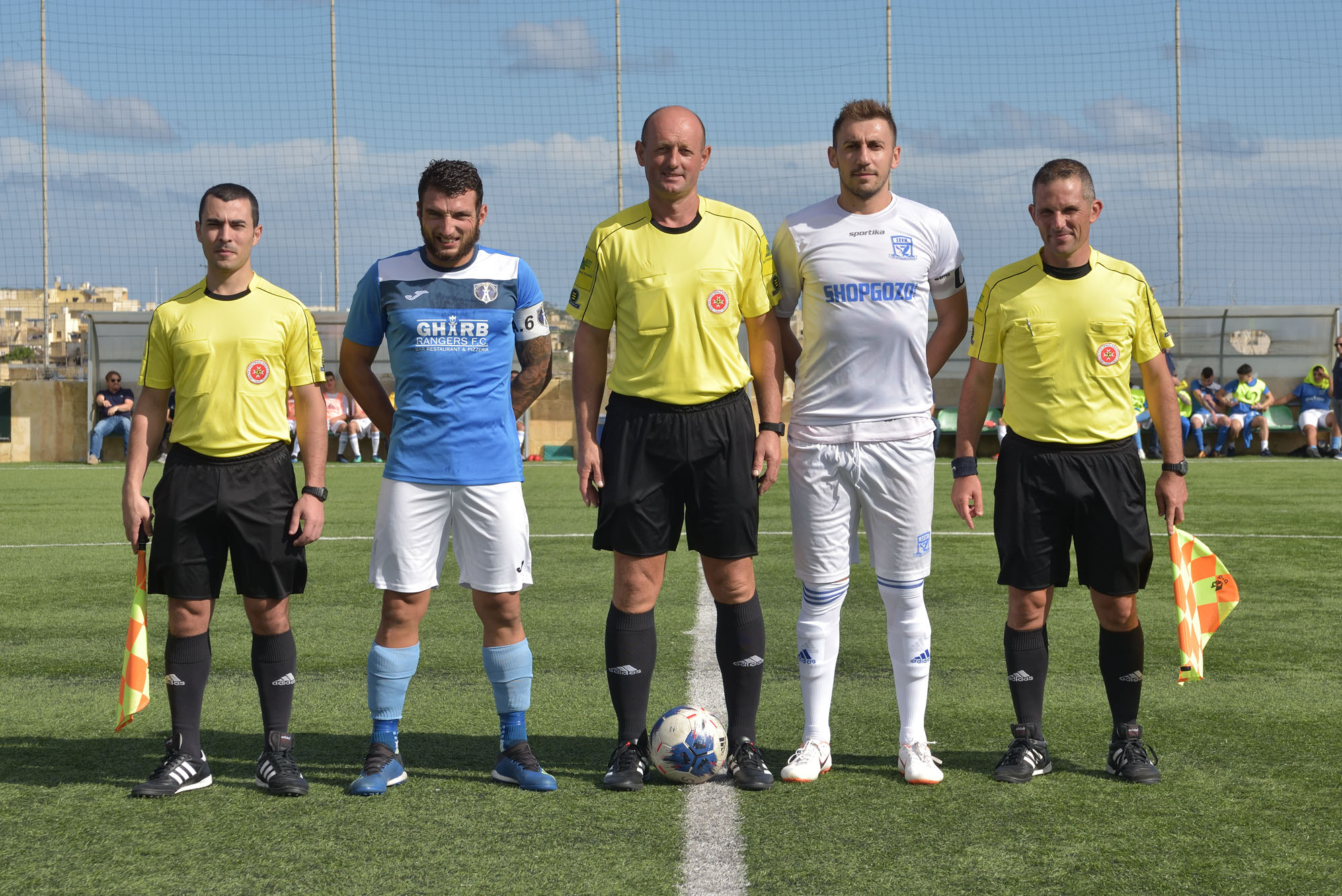 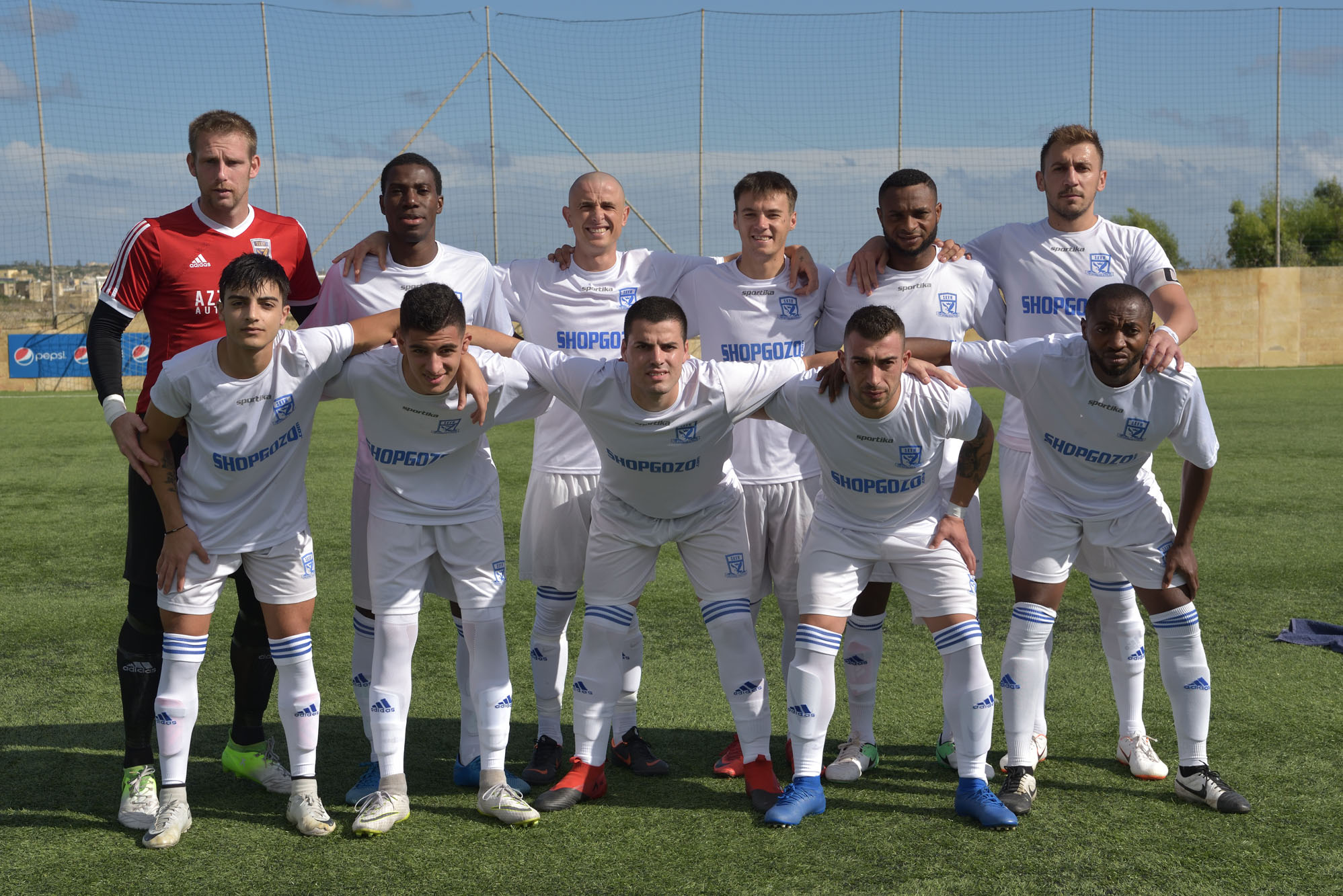 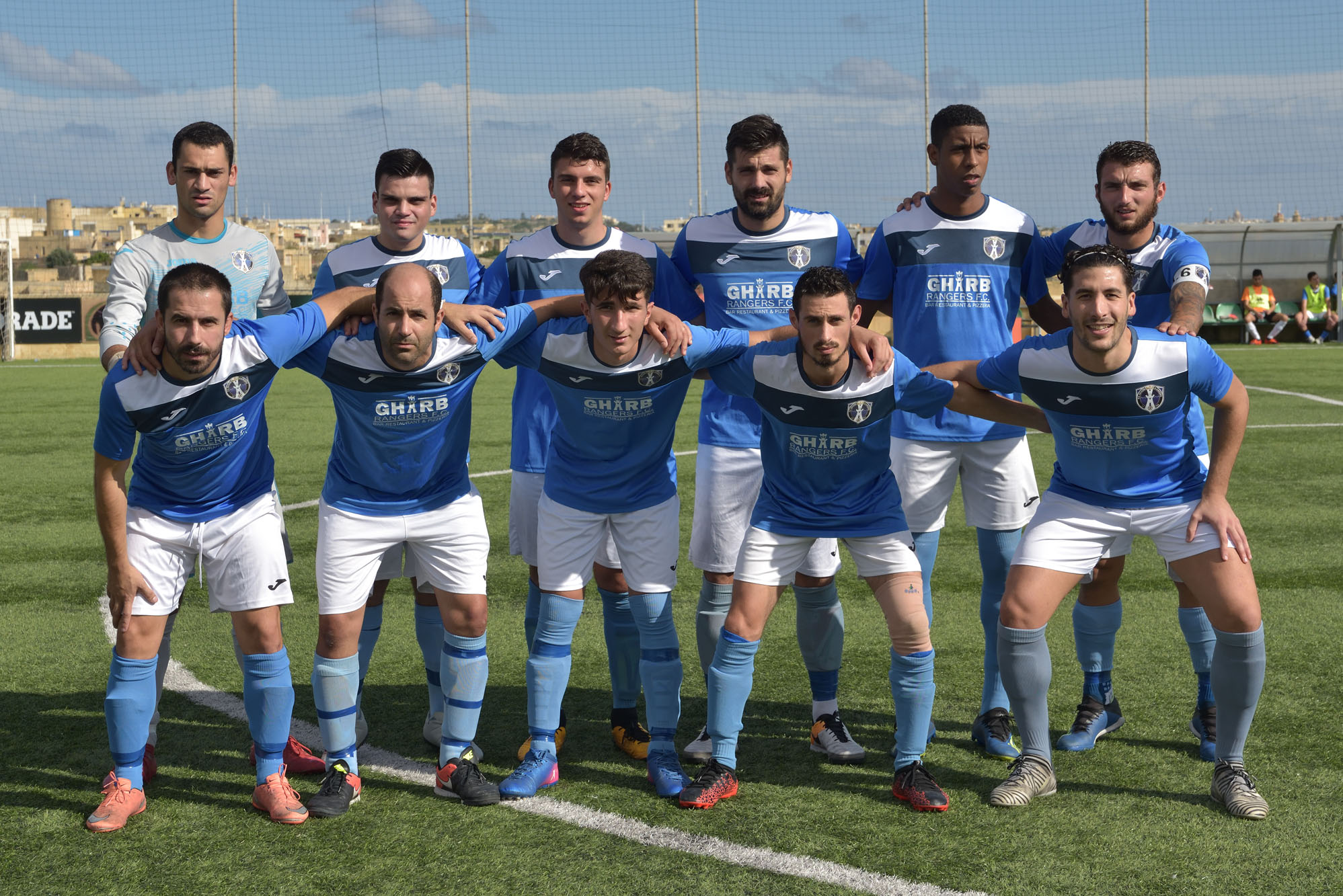