Nadur make sure of win with second half goals 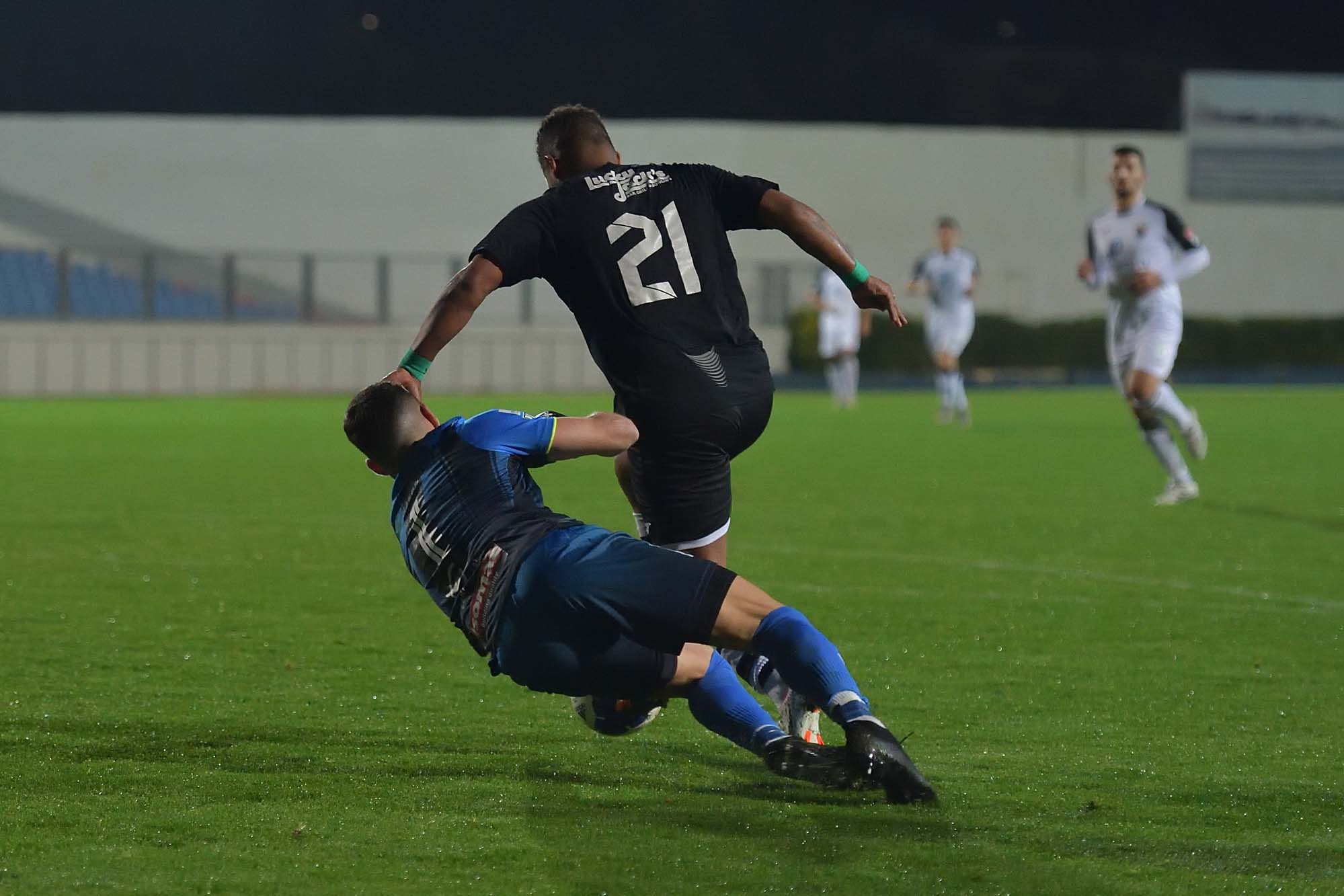 Nadur Youngsters ended the second round of the Gozitan championship with a convincing 6-2 win over Ghajnsielem.  Nadur practically made sure of the win with three goals scored in each half. The Blacks, who are currently occupying a mid-table position and with a comfortable lead over the teams involved in the relegation zone tried to share play with their opponents and were still in contention for a positive result at the end of the first half.  However, Nadur dominated play after the break and the Blacks lost composure and also had a player sent off from the field of play and also a player sent off from the reserves bench.

Ghajnsielem tried to surprise their more quoted opponents during the opening minutes and in the third minute of play Nadur’s keeper Franklin Vella was called to leave his position to clear the ball before Alberto Xuereb could conclude in goal.  From the rebound the ball arrived to Luis Andre De Melo Lima who concluded in the net but the goal was disallowed for an offside infringement. Three minutes Nadur were dangerous through a header by Jefferson De Assis following a cross by Leiner Garcia Panesso that ended high and on 8minutes Ghajnsielem’s Charles Hili had a good strike from outside the area that ended just over the crossbar.  Nadur created a good scoring opportunity on 15 minutes but a shot by Marcelo Barbosa ended away from Ghajnsielem’s goal. Nadur opened the score one minute later when a shot by Leiner Garcia Panesso had a shot that was blocked by the defence and from the clearance, Nadur’s Shaun Attard crossed towards the area and Jefferson De Assis arrived on the ball before the defenders and headed in goal.  Nadur continued to produce danger within Ghajnsielem’s territory and on 22 minutes a shot by Daniel Mateo Bustos ended away from goal.  Three minutes later Ghajnsielem’s keeper Lorjean Xuereb saved with difficulty an attempt by Marcelo Barbosa. Nadur were punished for the missed chance as Ghajnsielem levelled the score on 27 minutes through Luis Andre De Melo Lima, who received a ball inside the area, avoided the intervention of the goalkeeper and fired in goal.  Ghajnsielem could have turned the result in their favour on 33 minutes when Junki Sato took the ball following a short clearance by the goalkeeper but his curling shot towards the far post ended wide.  On 35 minutes Ghajnsielem’s Luis Andre De Melo Lima had a header following a free kick from long distance that ended high and two minutes later Nadur were awarded a penalty for a foul by James Tabone on Jefferson De Assis so that Daniel Mateo Bustos converted from the spot kick and Nadur were back in the lead.  On 39 minutes Nadur added another goal through a shot from outside the area by Leiner Garcia Panesso that surprised Ghajnsielem’s keeper but one minute later Ghajnsielem re-opened the issue as they reduced the arrears through a close ranged tap-in by Alberto Xuereb following a low cross by Junki Sato and the first half; ended with Nadur in the lead with the odd goal from five. 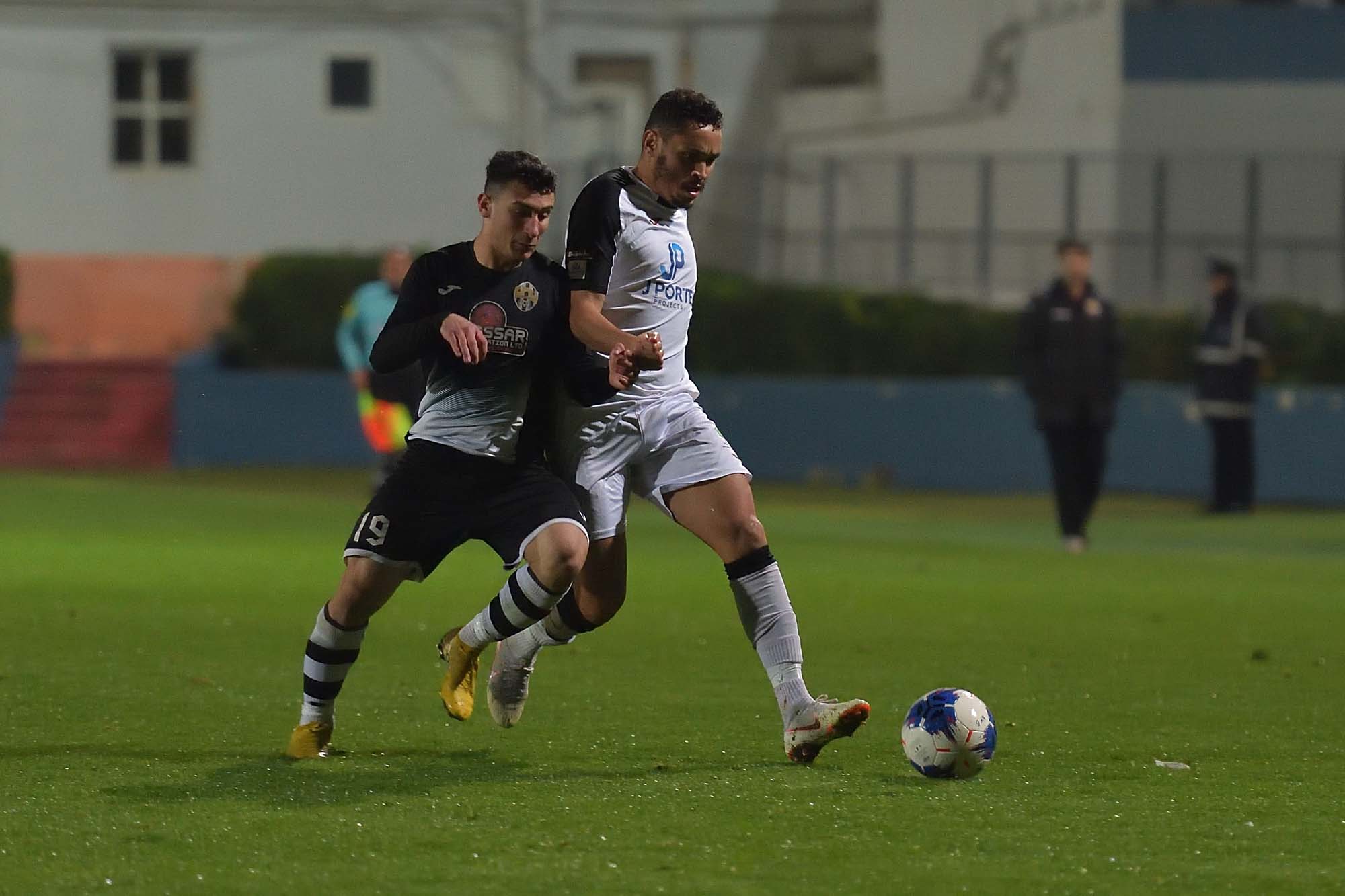 After the break Ghajsnielem tried to increase their efforts in an attempt to level the score but they found it difficult to create dangerous attempt and on 56minutes Nadur also regained their two-goal lead through a strike from outside the area that got a deflection by Ghajnsielem’s defence Dylan Mercieca and the ball ended in goal.  One minutes later Nadur increased their lead when Daniel Mateo Bustos unmarked Marcelo Barbosa inside Ghajnsielem’s area and the latter concluded easily in goal.  On 67 minutes Ghajnsielem were reduced to ten players when Alberto Xuereb was sent off for a second caution received for foul language and before the restart Ghajnsielem’s Antonio Xuereb was sent off from the reserves bench for protests.  Nadur continued to dicate matters and on 69 minutes a free kick by Daniel Mateo Bustos ended high. Four minutes later Ghajnsielem threatened Nadur’s rear guard with an effort form a free kick by Luis Andre De Melo Lima that was saved with some difficulty in two attempts by goalie Franklin Vella and on 75 minutes Ghajnsielem’s goalie Lorjean Xuereb blocked a good shot by Marcelo Barbosa following a low cross by Shaun Attard.  The same goalkeeper was called to make another difficult intervention on 78 minutes to block an effort by Leiner Garcia Panesso and on 85 minutes Nadur scored their sixth goal when Ghajnsielem’s defence failed to clear the ball from the area following a low cross by Shaun Attard and Marcelo Barbosa insisted to win the ball and managed to conclude in goal from close distance. 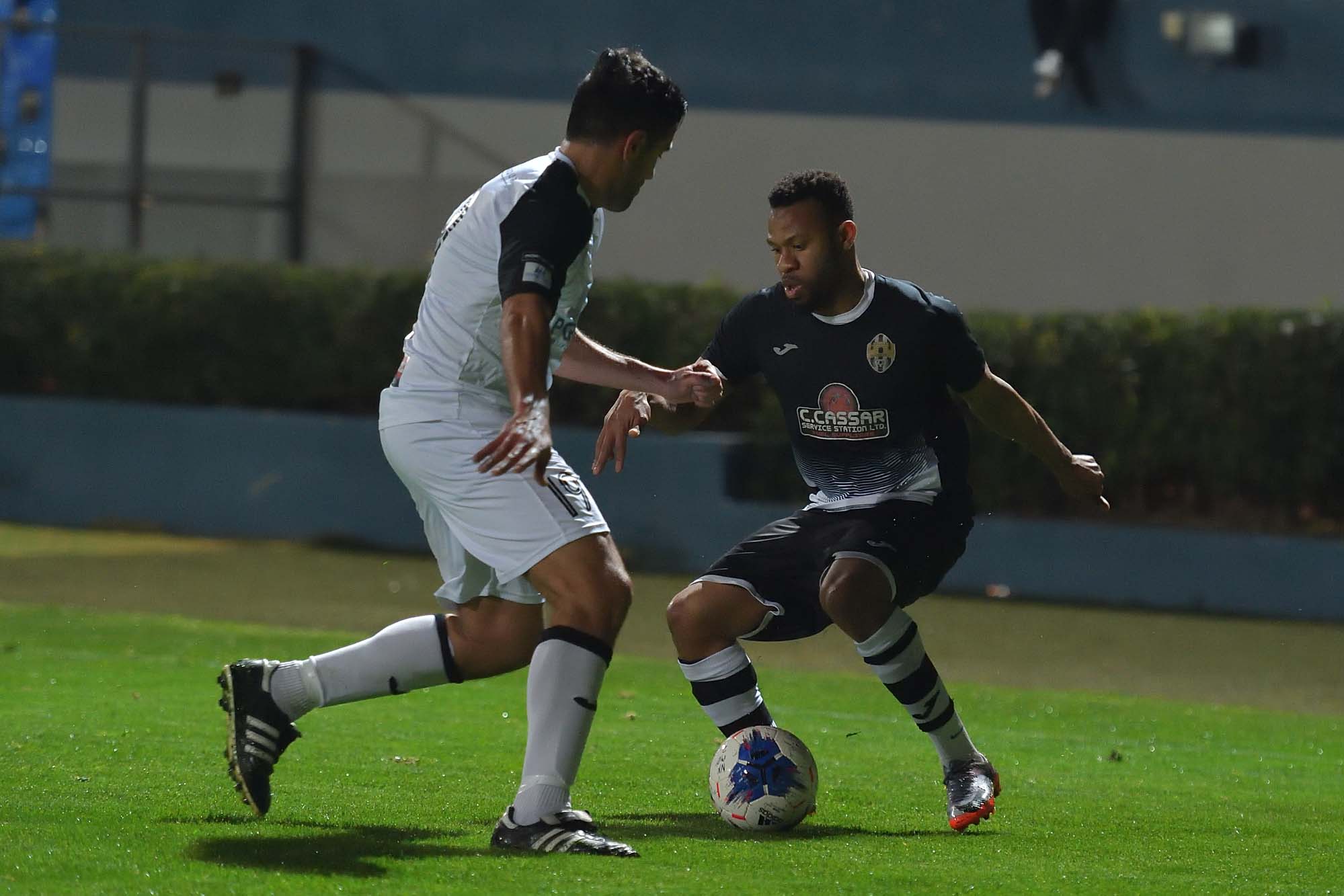 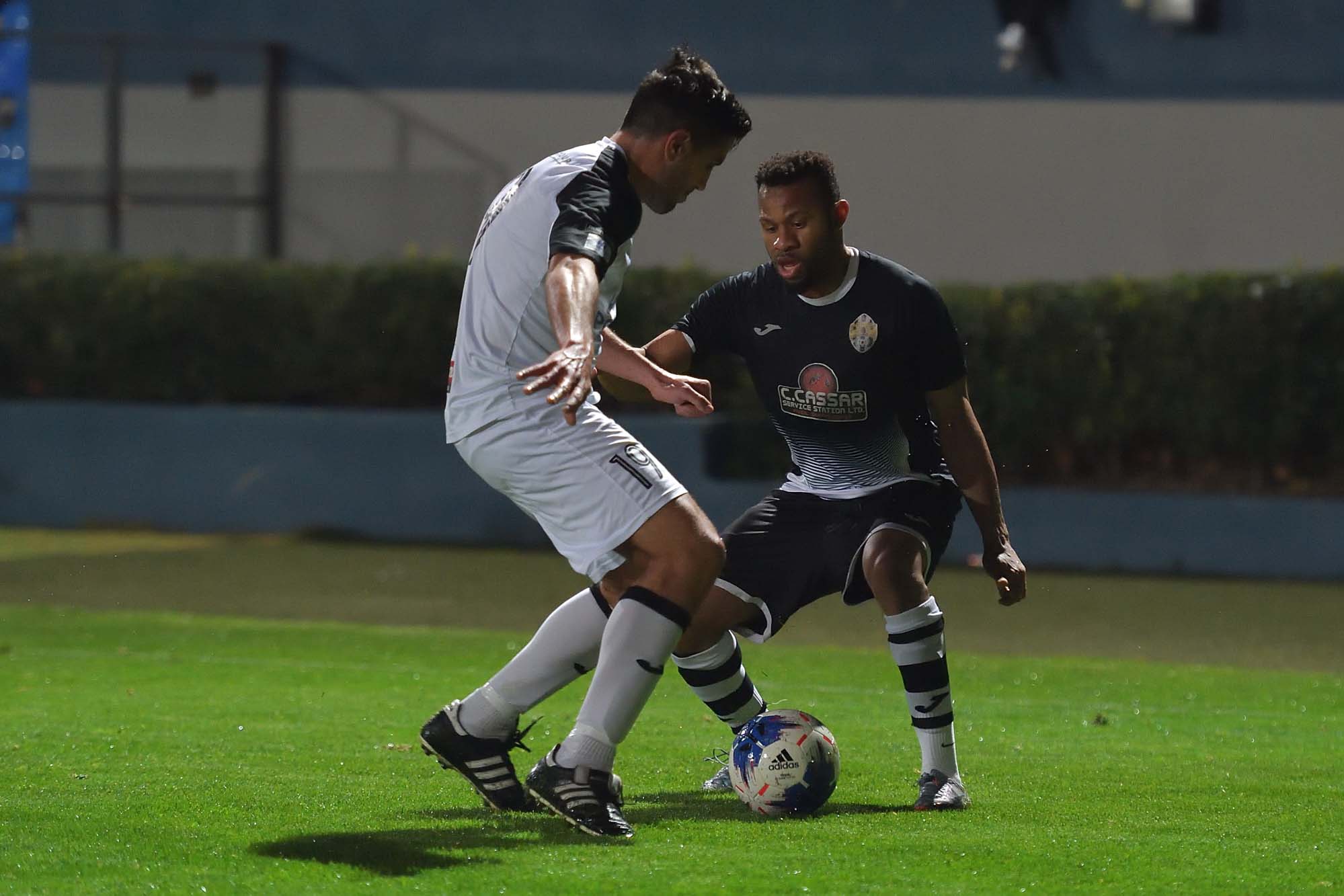 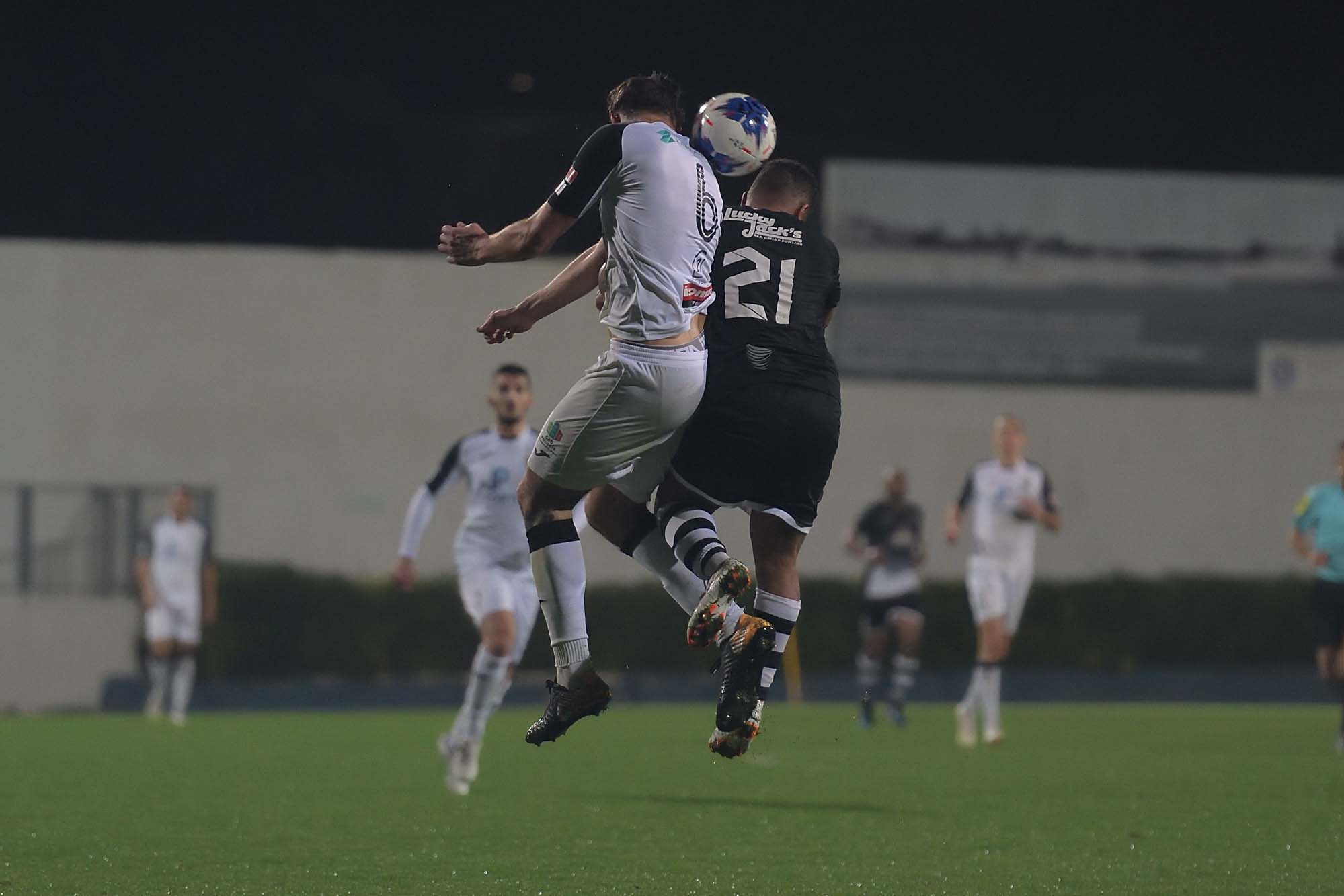 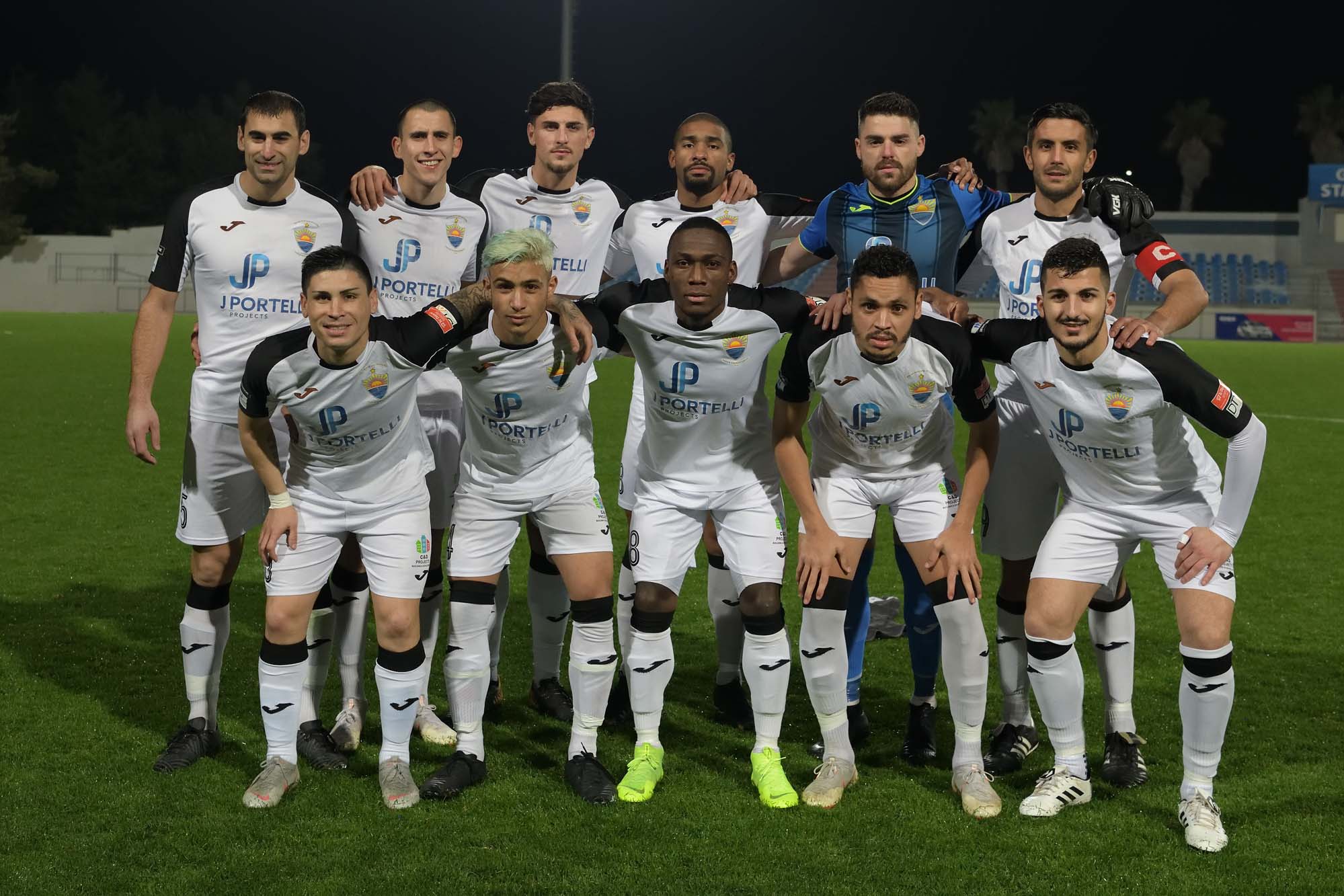 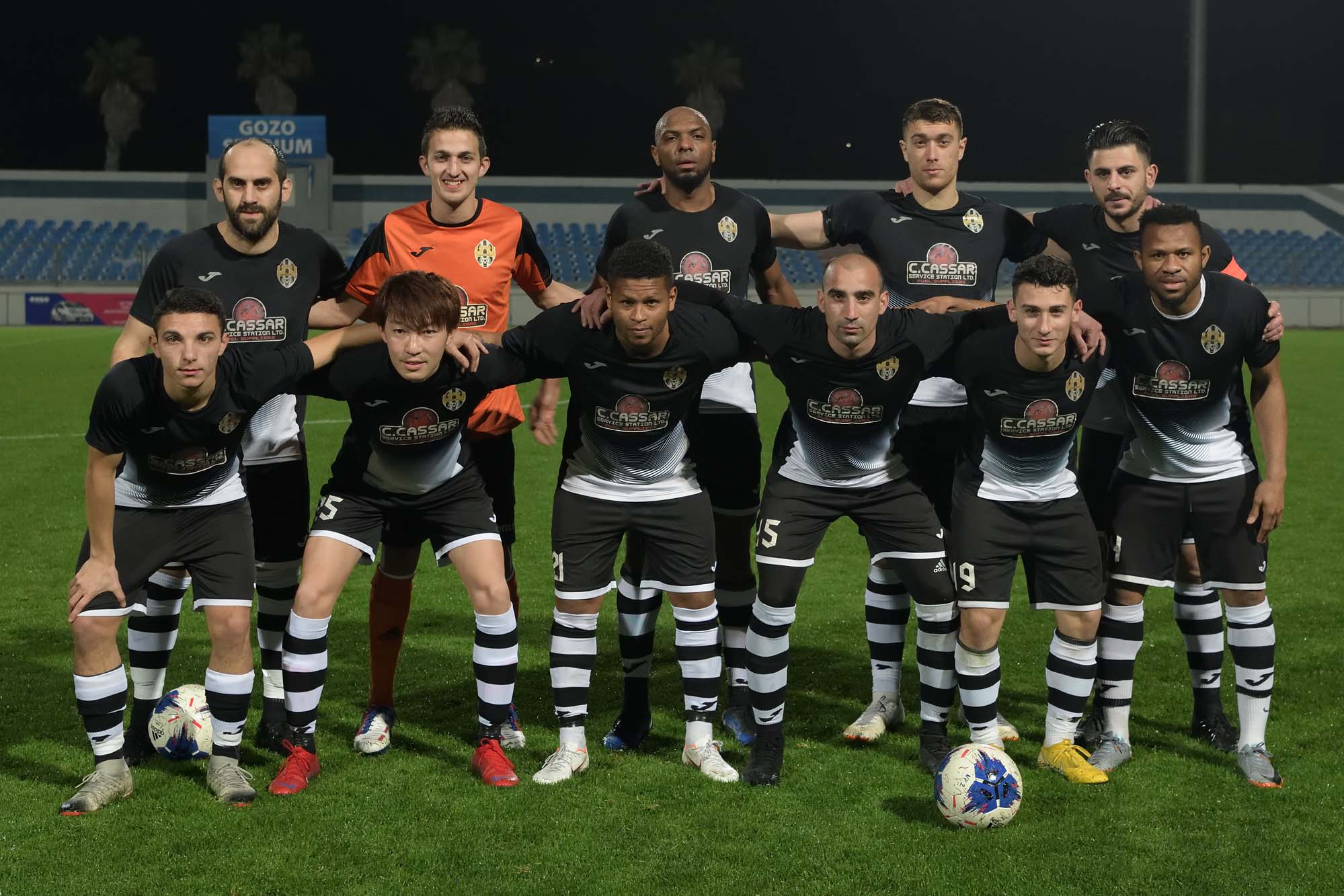