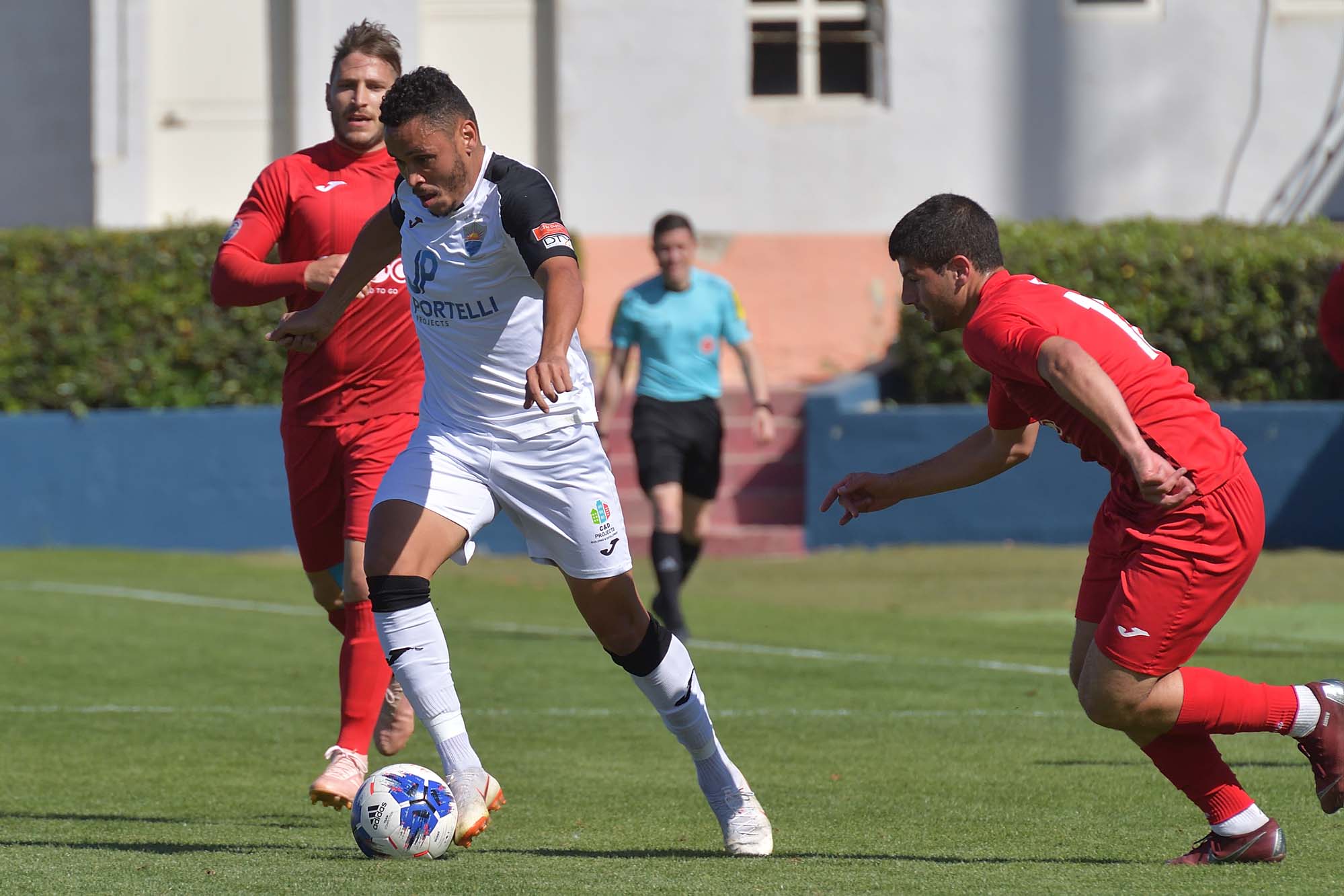 In the last match of the BOV Gozo Football League of the first division 2018/2019, Victoria Hotspurs, who were already mathematically champions before this encounter, celebrated the honour won for the second consecutive season and for the 13th time in the club history with a comfortable 4-2 win over Nadur Youngsters.  These two teams were the main protagonist and challengers for the title this season but at the end the Hotspurs prevailed as they managed to obtain positive results in the direct clashes and also because the Hotspurs did not miss the opportunities to obtain full points from all the matches against the less quoted sides.  With this win the Hotspurs registered their 19th win from 21 matches in the championship so that they ended with a total of 58 points, nine more than the same Nadur who placed as runners-up of the championship. It was also the second win for the Hotspurs over Nadur from four clashed this season as the Citizens won the match between the two sides of the first round of the championship but conceded a defeat in the match from the first round of the KO competition for the first division.  The other match between the Hotspurs and Nadur, that of the second round in the championship, ended in a draw.

In this match Nadur held more possession but they found it extremely difficult to convert their play into good scoring opportunities, while the Hotspurs protected their area with an organised defence, despite the fact that they had skipper Ferdinando Apap missing due to a suspension, and were more direct with their play so that they created continuous danger through their main striker Elton Da Silva.  The same Da Silva scored two goals in this match and ended up the top scorer of the championship with 30 personal goals, three more than Nadur’s Marcelo Barbosa who only managed to score one goal in this encounter. 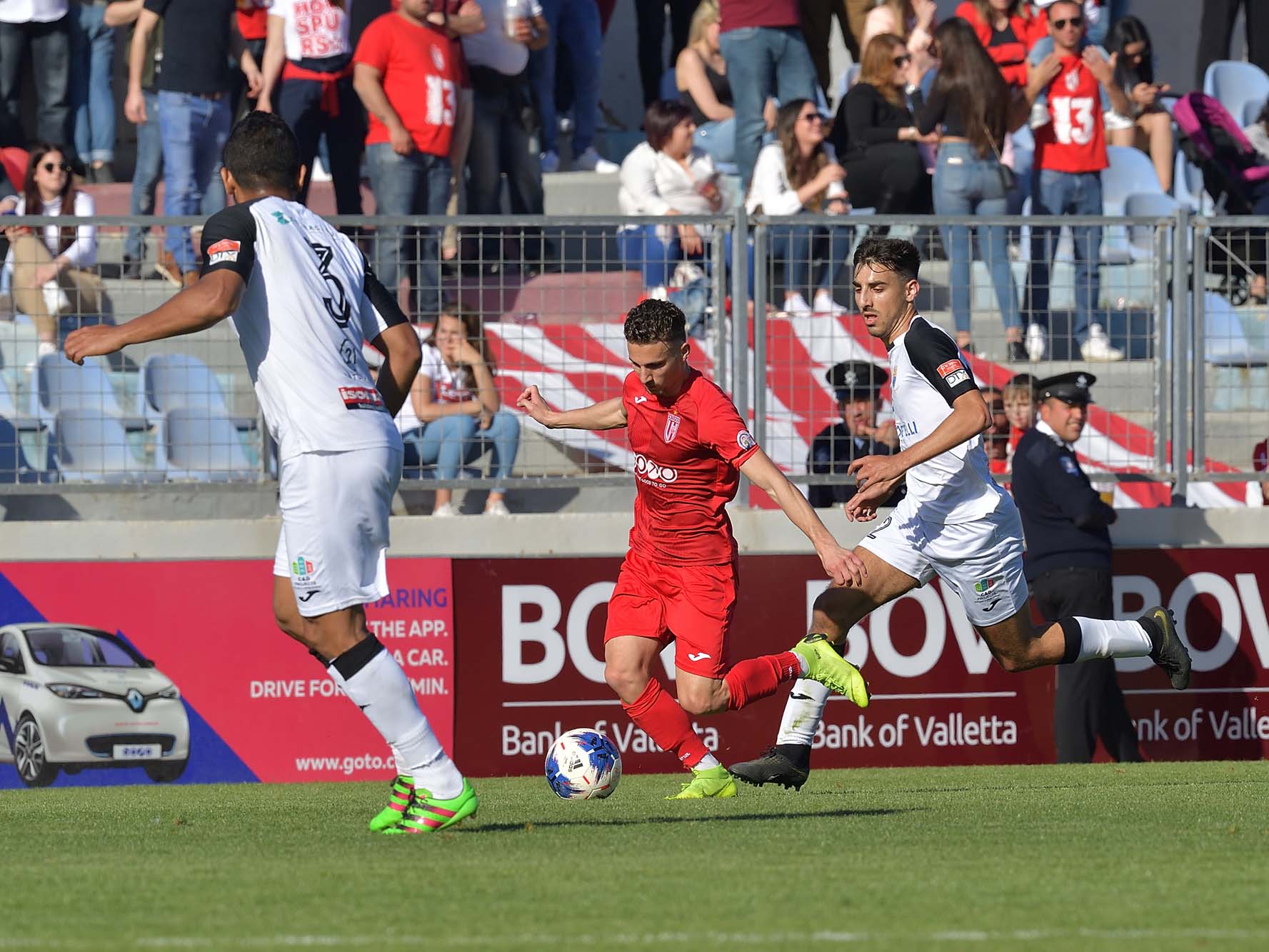 The Hotspurs had an excellent start and opened the score in the second minute of play through a low shot by Elton Da Silva who entered the area with a personal action.  Nadur’s immediate reaction was sterile and on 10 minutes the same Da Silva could have doubled the score but his attempt was well saved by goalie Franklin Vella.  Nadur, however, managed to clinch the equaliser one minute later when Marcelo Barbosa passed inside Victoria’s area to Shaun Attard who turned around his direct opponent and fired in goal form an ideal position.  On 21 minutes Nadur could have turned the result in their favour but a close ranged shot by Marcelo Barbosa was well blocked by goalie Adrian Parnis and in an immediate reply by the Hotspurs a free kick by Elton Da Silva ended just wide.  On 24 minutes Nadur’s Marcelo Barbosa came once again face to face with Victoria’s keeper but the latter was well placed and saved the danger with a decisive intervention. On 36 minutes Nadur’s keeper managed to save a free kick by Shaun Bajada with some difficulty as he also had a pressure to recover the ball in a second attempt from Victoria’s striker Henrique Maciel.  One minute alter the Hotspurs regained the lead when Nadur’s defence failed to clear the ball from the area and Christian Mercieca was well placed and fired in goal from close distance.  Victoria’s Shaun Bajada as again dangerous on 39 minutes through a free kick from long distance that ended just high and on 42 minutes Nadur’ Marcelo Barbosa once again had a good effort that was blocked by Victoria’s keeper Adrian Parnis.  One minute later a strike by Nadur’s Daniel Mateo Bustos ended just high and on 45 minutes the Hotspurs added another goal through Elton Da Silva who concluded a personal action with a shot from an angled position. 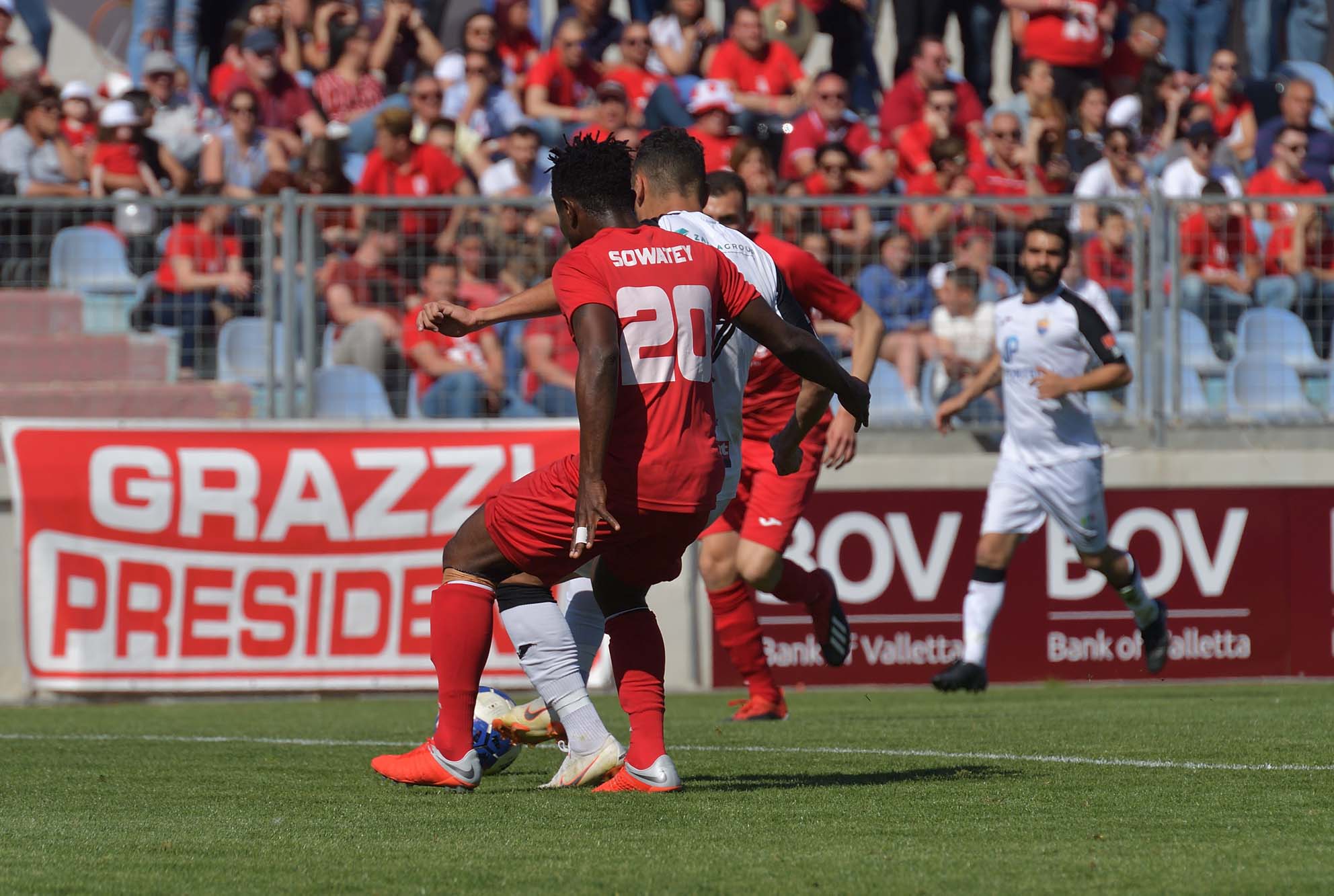 Nadur tried to produce a reaction after the break and on 51 minutes a shot from a good position by Marcelo Barbosa ended away from Victoria’s goal.  On 55 minutes Victoria’s Christian Mercieca had an attempt form an angled position that ended wide and one minute alter Victoria’s Elton Da Silva arrived on the ball inside Nadur’a area before the goalkeeper but the strike sae his lob aimed towards an open goal that ended wide.  Nadur continued to suffer Victoria’s breaks and on 67 minutes the Citizens were again dangerous through a header by Daniel Sowatey from a corner kick by Christian Mercieca that ended high. On 69 minutes Victoria’s keeper Adrian Parnis blocked a good shot by Daniel Mateo Bustos and three minutes later the Hotspurs replied with a good move where Henrique Maciel unmarked Elton Da Silva but the latter had a shot on the run that missed the target.  The Hotspurs scored their fourth goal on 79 minutes when Elton Da Silva defended the ball inside Nadur’s area and passed to Christian Mercieca, who prolonged to serve Emiliano Lattes with a shot on the run that ended in goal.  Nadur’s second goal arrived on 88 minutes through Marcelo Barbosa who concluded a personal action with a lob from an angled position. 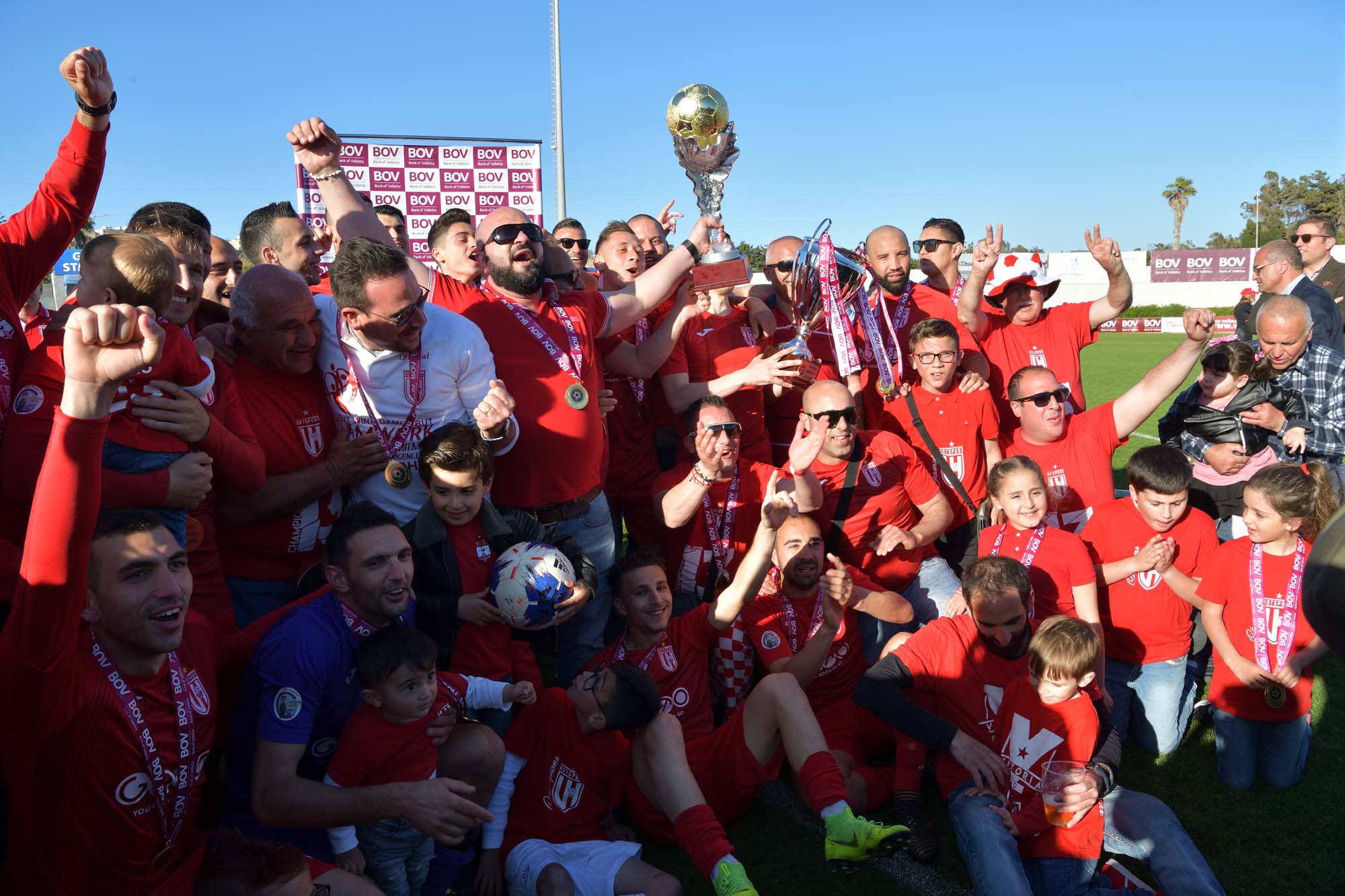 After the final whistle the President of the Gozo Football Association, Dr Samuel Azzoaprdi, and the Regional Manager of the Bank of Valletta, Mr Horace Laudi, in the presence of other officials of the association, presented the medals to all Victoria’s players and staff and the trophies to Victoria’s captain Ferdinando Apap and vice-captain Adrian Parnis among the celebrations of the numerous supporters that continued at the club’s premises in Victoria.